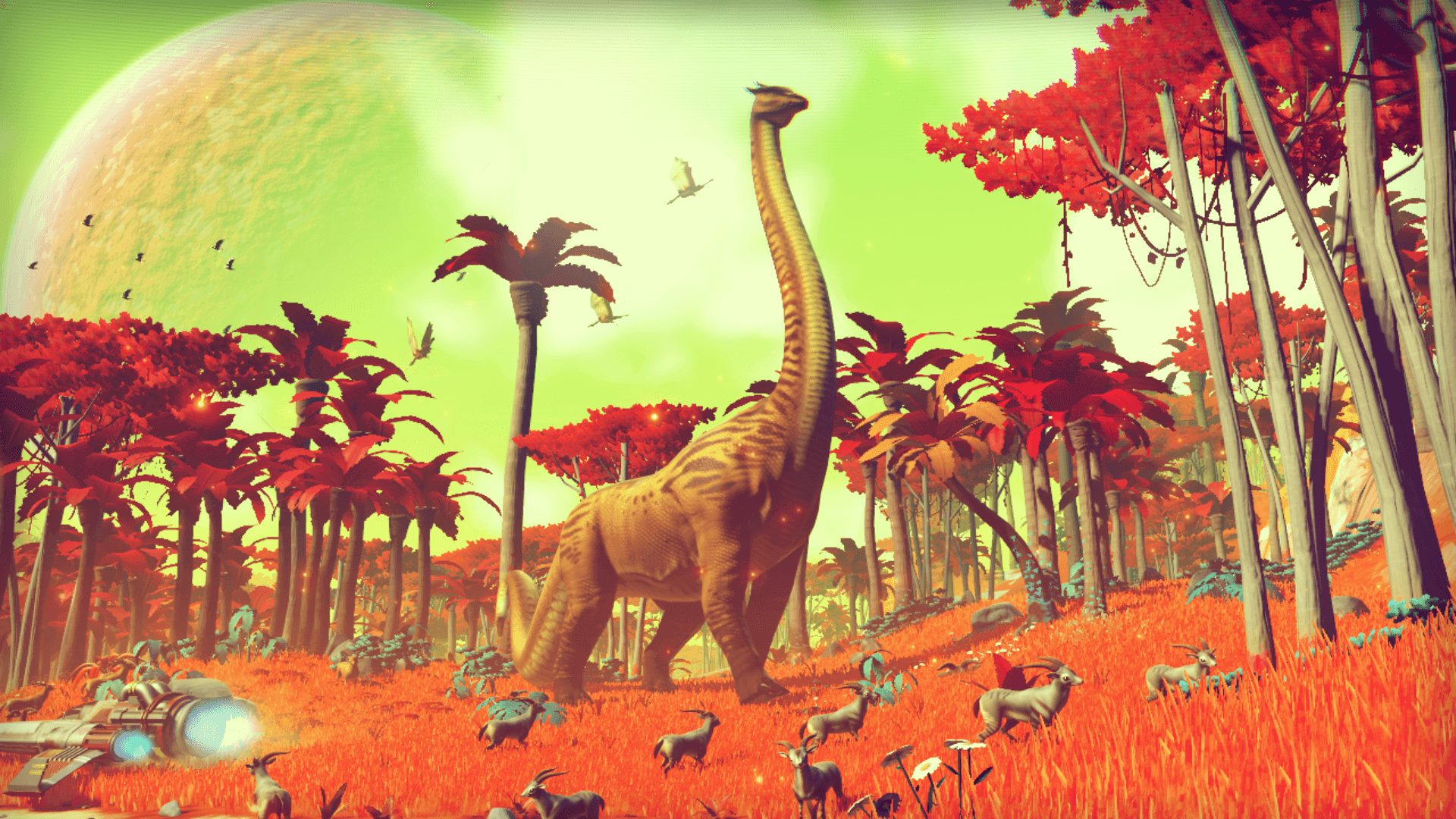 It’s been almost three years since the controversial, frustrating, and ultimately disappointing launch of No Man’s Sky. The pre-release hype and the mind-blowing trailers had generated an incredible amount of curiosity and excitement. No Man’s Sky was one of those rare games that broke out of the bubble around gaming culture and grabbed the attention of people who typically don’t take an interest in video games.

Lead developer Sean Murray had been talking about the game in public for over a year, showing off trailers and making various promises. At one point he even appeared on The Late Show with Stephen Colbert, where he infamously claimed that the game would have multiplayer but the odds of meeting another person would be really low. Once the game came out, all the hype turned to outrage as players realized that what they actually bought was very different from what the trailers were selling. Hello Games was investigated by the Advertising Standards Authority for possibly misleading consumers. The team was ultimately exonerated, but the fact that there was an investigation at all showed that this controversy rose above the standard level of gamer disappointment and complaining about bullshots.

Regardless of your graphics hardware or settings, there was no way to get the game to look anything like the pre-release footage. The sleek spaceships we saw in the trailer turned out to be exotic rarities while most of the galaxy’s procedurally-generated ships looked like flying shoe boxes. The planetary wildlife never got as large or majestic as what we were promised. Instead planets were full of small lumpy plastic creatures with dull beige textures and janky animations. There were no mysterious capital ships crashed on planet surfaces. There was no way to fly in formation with allies in epic space battles. In fact the ship-to-ship combat was a clunky, disjointed mess. Most importantly, there was no multiplayer of any kind.

The gaming public branded Murray a liar and concluded the whole thing had been a premeditated deception from a man actively working to rip gamers off. I never cared for this narrative. Developer Hello Games didn’t have a reputation for deception or under-delivery before No Man’s Sky, so it didn’t make a lot of sense that Murray would suddenly turn into conman when working on a project that he was so obviously passionate about. Rather than assuming Hello Games was being deceptive, I thought this small team got swept up in a tsunami of hype and bit off more than they could chew.

Remember that Hello Games was working closely with Sony. As the publisher, Sony would have been in charge of both the marketing campaign and the release schedule, so it always bugged me that more of the blame didn’t wind up in Sony’s lap. It’s unusual for game developers to wind up on television, and basically unheard of for indie studios, so I’ve always assumed we had Sony to thank for Murray’s appearance on Colbert. Sending your lead developer on a press junket while the game was still under development was foolish to begin with, but this seemed like an especially dangerous move because Murray had no experience dealing with the public on this scale. When Colbert asked if the game would have multiplayer and Murray said yes, I assumed it was due to Murray not wanting to disappoint a beloved public figure on national television. I’m sure I’d have panicked and said yes too, thinking I’d somehow cram the extra feature into the schedule. But Murray was now working within AAA time constraints where ship dates don’t move.

Someone skilled in public relations would have found a way to deflect and redirect Colbert’s question without saying no and without engaging in feature creep in front of a live audience. This is why you don’t book national television interviews for your young game programmers with no PR experience.

Regardless of whether or not Murray intended to lie to the public or not, the game we got looked drastically less impressive than the game we were promised. Whether the shortcomings were the result of lies or project mismanagement doesn’t change the fact that the customer didn’t get what they expected for their $60.

If Murray really was looking to con gamers, then I imagine he would’ve pulled a Peter Molyneux and moved on to his next project. Instead, the team shut their mouths and went to work. No Man’s Sky has received six major content updates in the last three years. The team has added new vehicles, environments, ships, gameplay, and story content. That’s not how liars and con artists behave.

I have a suspicion that Sony is the real culprit behind the rough No Man’s Sky launch. Publishers love hype and they hate moving ship dates. I think that the team at Hello Games got in over their heads, promised too much, and then found themselves trapped between an unmovable ship date and the public’s sky-high expectations.

This is all speculation on my part, but it fits with the events of the last three years. If the folks at Hello Games just wanted to take the money and run, they could have done so. They could have launched another project. They could have began working on No Man’s Sky 2: Sky Harder, promising us that the next one would be everything we wanted the first time around. They could have released all these updates as paid DLC. Instead they’ve spent the last three years working hard to improve a game that’s mostly done selling new copies. No DLC. No microtransactions. No spinoffs. No mobile tie-in. No sequel. This is not how greedy, opportunistic liars behave. Aside from the pre-release hype, the team has acted with integrity.

Since release, the team has added a bunch of land vehicles to the game so you can drive around on the planets you visit. They’ve added base building, so you can craft and furnish a home for yourself whenever you want, on any planet you like. They’ve added underwater gameplay, allowing you to build and explore under the oceans. The planet generation and aliens look better, and ship flight is much improved as well. You can now acquire capital ships, build fleets, and send those fleets out on missions. You can collect ships and store them in your garage, allowing you to switch ships on a whim like some sort of outer space Jay Leno. Ship-to-ship combat isn’t exactly deep or refined, but its light-years ahead of where it was at launch. There’s now a proper faction system, procedurally generated quests, and multiple story paths to follow.

I didn’t like No Man’s Sky when it came out. Three years after release, I still don’t care for it. I think the huge focus on inventory management is goofy and wrong-headed, and the interface is a crime against usability. But the important thing is that the game now contains basically everything Murray promised and more. Murray has stopped making big promises and has switched to letting the team’s work speak for itself.

Lots of developers and publishers will dump a game if it fails to live up to expectations. That’s true of companies that are far larger and wealthier than Hello Games. I may not personally like No Man’s Sky, but I love that Hello Games did the right thing. I think it’s time to give the team credit for working so hard for so long to make things right with their audience.