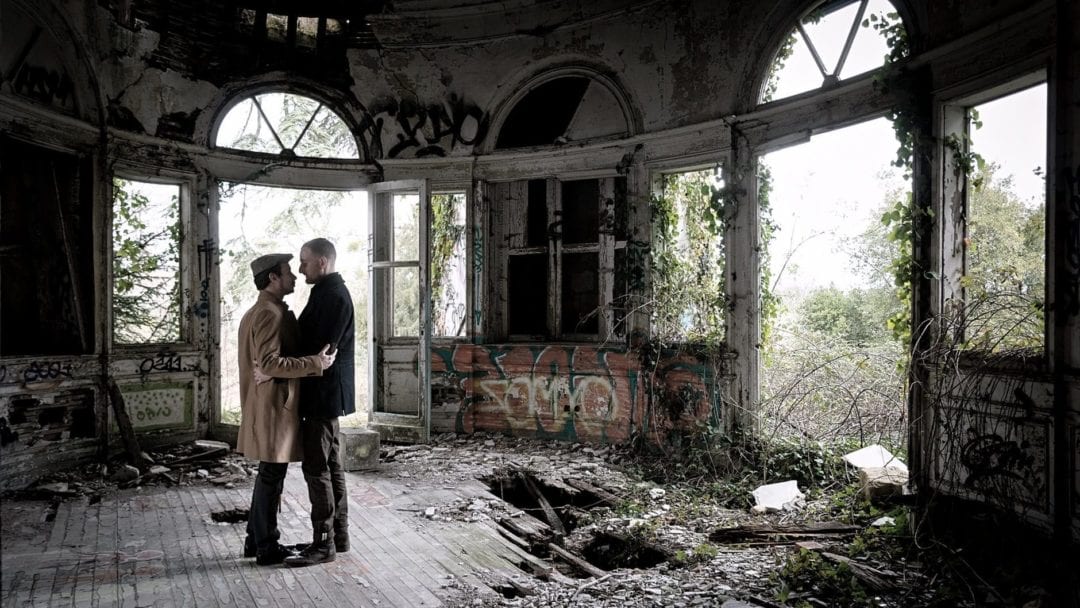 Along with a short piano piece and the muffled sounds of traffic outside an office in Fresno, California, that line of dialogue is among the first things you’ll hear upon starting my single-player Half-Life 2 mod “Handle With Care.” It’s spoken by your marriage therapist, who chastises your character, James, for monopolizing the discussion and not allowing your spouse to talk.

It’s partly intended as a joke; you get the sense that James is loud and overbearing, but in the tradition of the Half-Life series James remains silent for the entire game. Then there’s the fact that I had neither the time nor the resources to write and record dialogue for James, and I wanted players to read into James’ mind and come up with their own characterizations. What will players think? Well, probably that their spouse needs to shut the hell up.

First, your spouse complains about the hopelessness of communicating with your character, James, but then claims it’s because James doesn’t listen – which you quickly learn is due to the fact that your spouse simply doesn’t speak up. But why bother speaking up when communication is so hopeless? And James doesn’t listen anyway, so why speak up? And so on, ad infinitum.

It’s the age-old stereotype of the annoyed husband and the nagging wife, except the therapist clearly doesn’t say “wife” or “husband.” She says “partner.” Other than the use of masculine pronouns for both spouses, the therapist’s utterance of “partner” is the only word in the only line of dialogue in the entire game that directly suggests a gay relationship. There are no references to rainbows, Stonewall, Lady Gaga, Project Runway, Broadway musicals or how “beer tastes icky.” Why, if you had happened to miss the word “partner,” you may have missed the fact that “Handle With Care” is about a gay relationship at all.

You might have, as some players did, invented a female persona for your player character and assumed it was the same young “lady” dating Dylan from my previous mod, “Polaris.” And then you would find out, whether from seeing the name “James” so often or from reading forum posts – that I had managed to “trick” you into playing as a homosexual male. Perhaps that made you angry enough to go to my website and, with the proud honor of being the first to post a comment on my work, you may have hastily written the following post: “Re relese [sic] the game without the GAY!”

My response, then and still now, is: “Why on Earth would I do that?”

In a way, “Handle With Care” isn’t really about gay marriage at all. With only one casual mention of a word, the significance of which was likely lost on many players, it’s hardly anything to talk about. What about the mind-bogglingly frustrating gameplay, the inconsistent implementation of physics or the esoteric in-game “visions” that resemble mediocre video projects cobbled together by art school dropouts? I expected criticism of my work, but to me there were far more pressing issues than the player character’s sexual orientation.

(Plus, if I had wanted to complain about gay rights and the pervasiveness of homophobia, I wouldn’t bother with building an entire video game to send a message; instead, I’d write a long-winded article and publish it on a well-trafficked online website about video games … well, all hypothetically speaking, of course.)

At no point in “Handle With Care” are you forced to be especially “gay.” The game never asks you to prance about and shop for vintage clothing or chat with your mom about the latest episode of Gossip Girl. Rather, the gameplay consists of the most boring and neutrally charged mechanic possible: ducking into crawl spaces and stacking crates. You are a human forklift in video game purgatory.

Compared to these glaring design flaws, the player’s being “gay” is just a minute character detail, a handful of words. Who cares? It turns out plenty of people do – including myself.

A few weeks ago, a mailman spat at me for sitting on a bench next to my boyfriend. He nearly swerved into a parked car just to do it. We weren’t being especially “gay” – we were just sitting there. But homophobia isn’t always such an overt case of hate or “intolerance” with a capital “I.” Rather, I define homophobia as anytime I feel pressured to compromise this crucial part of myself. It is everywhere and always.

It is two months ago, when an editor at The Escapist suggested that readers might not fully appreciate my game design analysis of OkCupid in “Grinding the Dating Scene” if references to my preference for dudes stayed in the article. I agreed and changed it.

It is a few weeks ago, when I was finally able to relax with a game of Counter-Strike when a terrorist player knifed me in the back, tea-bagged my lifeless corpse and then playfully called me a “fgt.” Of course, he had no way of knowing I was gay. He simply meant “faggot” in the colloquial, well-understood sense of “idiot” or “player with poor aim and a mediocre sense of tactics.”

When a gay person hears “faggot,” they hear it as a question: “Remember when that mailman spat at you?” or maybe “Remember when your mother cried when you finally managed to come out to her?” It is the sound of pain, confusion and fear – or perhaps mild amusement that the mailman could only spit a measly meter from his door – but usually it is an unpleasant memory, like one of the fragile crates breaking with an orange flash in “Handle With Care.”

That’s why I don’t quite understand why this website is called The Escapist. For me, video games aren’t a retreat into fantasy. When I play, I don’t escape from anything, but rather I see reality in clearer and louder detail than ever before.

And that’s why, in “Handle With Care,” the player character, James, is a fag and his partner Dylan is a fag and they have a big ol’ fag marriage in California, because it’s those words, “partner” or “faggot,” that reminds me of my difference – how it’s still socially acceptable to discriminate against me and how no one will ever let me forget this.

So yes, in a way, my mod isn’t about gay rights at all – but that’s also perhaps why it’s almost entirely about gay rights. It’s about how a gay person’s life has all the humor, pain, happiness and anxiety of a straight person’s life, how the two are otherwise indistinguishable – and yet gay marriage is still recognized as mere partnership, a transaction devoid of emotion.

But why should you care? You’re (probably) not gay. You (probably) don’t dislike gay people per se; they simply confuse you a bit, is all. They should just leave you alone, really. You’re just not sure why anyone would feel compelled to inject some “vitamin gay” into an otherwise “normal” video game. As the vast majority of hardcore gamers, straight people identify best with video games about straight people. So why ruin a good thing? Why make games with gay people in them?

Because if I can’t escape from reality through video games, you shouldn’t either. Because games about gay people are unpopular and unprofitable, and thus no one else will make them. Because before we decorate your house, you need to understand where we’re coming from. Because gay people would rather be your friend than your enemy. (And don’t worry, we won’t try to seduce you. The sex would be awful.)

Because video games need to innovate through new mechanics and narratives, to incorporate new voices and perspectives – because we need to evolve past the same male power fantasies, those same damn games with big-muscled, half-naked men shooting their big thick … railguns … all over each other’s faces.

Um … not that there’s anything wrong with that, right?