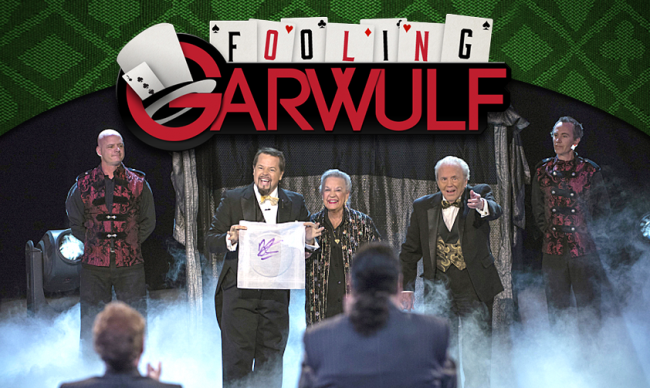 Another week, and another episode of Penn & Teller: Fool Us – and as usual, without further ado, the performers:

Jay Sankey: This was a high energy performance that, as Penn said, used its fire theme quite well. It was a set instead of a single trick, and a great use of escalation – the first trick was a rising card trick, which has a number of methods. The second is a lovely version of an object being torn and restored, but the third with the sparkler was almost jaw dropping. It didn’t fool Penn and Teller, but the third one did fool me, and it was a great opening to the show.

Greg Wilson: I had hoped I would see this in some capacity during this season. The trick itself was outstanding, a combination of a sword box and “Metamorphosis” (an illusion that may have been invented by Houdini), but with a see-through box. What’s great about this is that it is a routine that destroys expectations throughout – the elements of each part of the trick are well known, but from other tricks… so you never quite know what is going to happen next. The reveal of Wilson’s parents, Mark Wilson and Nani Darnell, two legends who helped make televised magic credible with their show The Magic Land of Allakazam (1960-1964), was just wonderful. It fooled Penn and Teller and was the best performance of the night.

Trigg Watson: This was a lovely routine, but unfortunately it was also got the escalation wrong, thereby stealing its own thunder. Watson’s first trick with the flowers and the tablet was wonderful and baffling, a great example of the new electronic magic that we saw a couple of episodes ago from Simon Pierro. Watson’s second trick with the quick changing prediction was delightful, but not nearly as amazing or stunning, so it came out as a bit of an anti-climax. Still, even though it didn’t fool Penn and Teller, it was an entertaining routine.

(The inventor of the second trick, Billy McComb, 1922-2006, was an British comedy magician known for inventing illusions, as well as making appearances in American movies and television.)

Jen Kramer: There was a lot going on in this performance, although it probably made more impact on magicians than the audience. There is an entire field of card magic involving memorization and mathematics, requiring the magician to be – as Penn said – faster with their mind than their hands. It’s not easy to do, and Kramer did it wonderfully, even if she didn’t fool Penn and Teller.

(Penn mentioned two magicians in his commentary. The first, Juan Tamariz, is a Spanish magician who wrote The Magic Way, one of the more influential books on performance theory. Simon Aronson is an amateur American magician who specializes in inventing new tricks.)

Penn and Teller: It’s not often that you see anybody pull a rabbit from a hat these days, and it was delightful to watch Penn and Teller do it. Their breakdown of why the trick isn’t done much today, and their performance of the trick itself, was wonderful. It’s been a crowd pleaser for a while, in large part because of how family-friendly it is, although Penn and Teller did miss one important element of how it was often done: a little girl. Magicians like Howard Thurston (1869-1936) and Harry Blackstone Sr. (1885-1965) would usually present it using a little girl from the audience as a volunteer, and give her the rabbit at the end of the trick. Making somebody’s daughter’s day brighter on stage is a good way to engage the audience, and this brings me to this week’s commentary. 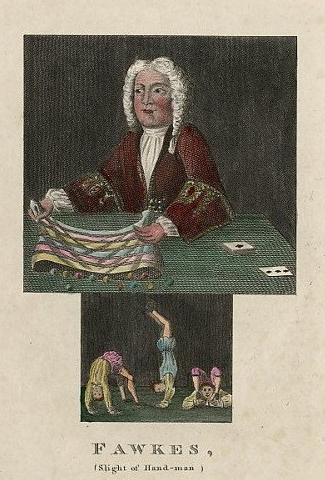 If there is one question that every magician has to answer in their performance, it is “why should anybody care?” In a day and age where technological marvels are as close to one’s person as one’s phone, this is not easy to answer.

It is, however, a question that has faced magicians since the beginning of the art, and their solutions have changed with the times. Magicians up to the 18th century claimed to have true supernatural ability – their answer to the audience was that they could give the lay person a glimpse at forbidden knowledge and power, and yet not endanger the spectator’s soul.

As the Renaissance gave way to the Enlightenment, this became a dangerous approach to take. With the knowledge of science increasing, the fairground magician in a wizard’s robe was becoming quaint and obsolete… unless the religious authorities actually believed that the act was real, in which case the magician risked being burned at the stake for witchcraft.

In the 17th and 18th centuries, the English magician Isaac Fawkes (1675-1732) took a new approach – he offered private shows inside his tent. So, not only could somebody witness a magical wonder, but that wonder would be for that person alone. He was also one of the early magicians to put aside the conjurer’s robes and advertise himself as practising sleight of hand. Fawkes was tremendously successful, and died a very rich and famous man.

Jean Eugène Robert-Houdin (1805-1871) discarded the fairground conjurer entirely, and presented himself in evening dress as a sophisticated performer for the upper classes. He, too, saw success – he received backing from the Count de l’Escalopier, and in 1845 opened his own theatre. It is Robert-Houdin who is most often credited with transforming magic from a fairground attraction into a legitimate performing art.

Harry Houdini (1874-1926), who took his stage name from Houdin, settled upon a performing persona that captured the imagination once he began to specialize in escapes. His publicity frequently involved challenging the local police to hold him in their jails, from which he always broke free. Houdini’s height, or lack thereof, helped him – at only 5’5″ or 5’6″, he was the perfect personification of the little guy fighting against the system, and pulling out a win.

But while a number of attempts to remain relevant to contemporary audiences helped push magic forward as an art, some were considerably less savoury. Perhaps the best example of this is the illusion of sawing a woman in half.

When it was first performed for the public by P.T. Selbit (1881-1938) in 1921 (after first performing it at the end of 1920 to promoters and theatrical agents), the world was changing. On the stage, more gentle illusions such as those performed by John Nevil Maskelyne (1839-1917) and his heirs had given way to more gory tricks built to shock in the tradition of the Grand Guignol. In society, suffragettes in England had gained the right to vote, leaving a number of more conservative men feeling threatened. Selbit tapped into both of these with a trick that involved cutting through a lovely female assistant in a box with a large saw. It was an effect that embodied danger, life and death, and revenge against the women who had risen to challenge the predominance of men. 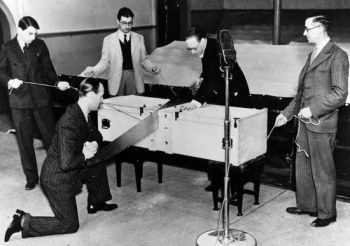 It is difficult to say whether the magicians of that time actually bought into the misogyny that informed the illusion. Regardless of if they did, they capitalized on it for everything it was worth. A number of illusions debuted that amounted to various versions of torturing women on stage, only to restore them at the end of the trick. Decapitation and dismemberment illusions that had previously been performed with male assistants were recast with the comely female assistant in the victim role. And, demonstrating that subtlety and taste were not one of the attributes of the magical world when it came to capitalizing on politics, famous suffragettes Christabel and Sylvia Pankhurst (1880-1958 and 1882-1960, respectively) received an invitation from Selbit, asking the ladies to play on his stage as the assistant who gets sawn in half – an invitation that was politely refused.

(The modern equivalent would be Eli Roth inviting Anita Sarkeesian to play “victim #1” in a new Hostel movie.)

Today, even though it remains one of the most famous illusions in magic, sawing a woman in half is most often a near bloodless cliche of what it once was, the suffragettes and the misogynist reaction to them that gave it birth long passed to dust. And, magicians have always found ways to make the audience care about the tricks they are witnessing.

One of the most effective methods is to simply involve an audience member in a performance – the volunteer. This makes the volunteer a stand-in for the entire audience, who psychologically considers themselves to be on stage with the volunteer. Another variation on this is called the “Magician’s Choice,” where rather than just holding something or bearing witness, the volunteer is given the opportunity to make choices that appear to guide the trick, even though the magician remains in control at all times. Done right, this invests the spectator into the performance as a full participant.

Another way is to frame the performance as a demonstration of something that would interest the audience. Many magic routines are presented in this manner, from card cheat demonstrations to mentalism acts. The audience cares about what the magician is doing when he second-deals because they might one day encounter a card cheat doing the same thing. Likewise, a mentalism act challenging the audience to determine if a performer might have psychic powers provides a mystery that spectators can engage in and attempt to solve.

In the end, it is all about forging a connection between the magician and the audience. As many writers have pointed out, people care the most about other people. Whether that is from common interest, delighting a little girl, a mystery to solve, or just plain charisma, the magician who can create that bond will shine, while the one who fails will bore.