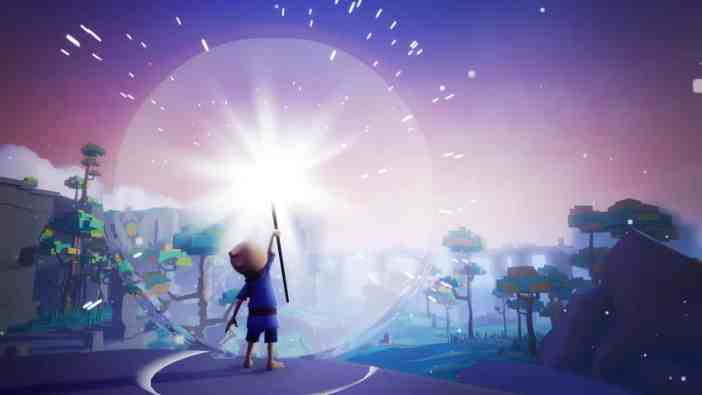 Omno is a game I think a lot of us need right now. It doesn’t promise bombast or horrors, nor any sort of grand narrative. Instead, Omno is simply joyful, peaceful, and full of life. You take on the role of a humble traveler, exploring the world to awaken ancient ruins as you navigate minimalist landscapes that evoke Tiny & Big and Journey in equal measure. Its gentle music wraps around you like a blanket, encompassing you in comfort as adorable animals squeak and play with you.

The amazing thing is that despite its serene nature, Omno is also extremely tight and rewarding as a platformer. The controls are responsive, with booming sound effects when dashing, teleporting, and awakening ancient magic. Omno is a masterclass in game feel, making every single action instantly satisfying. You don’t collect energy and various items for the sake of checking off a to-do list, but because every one of them brings a delight all their own. 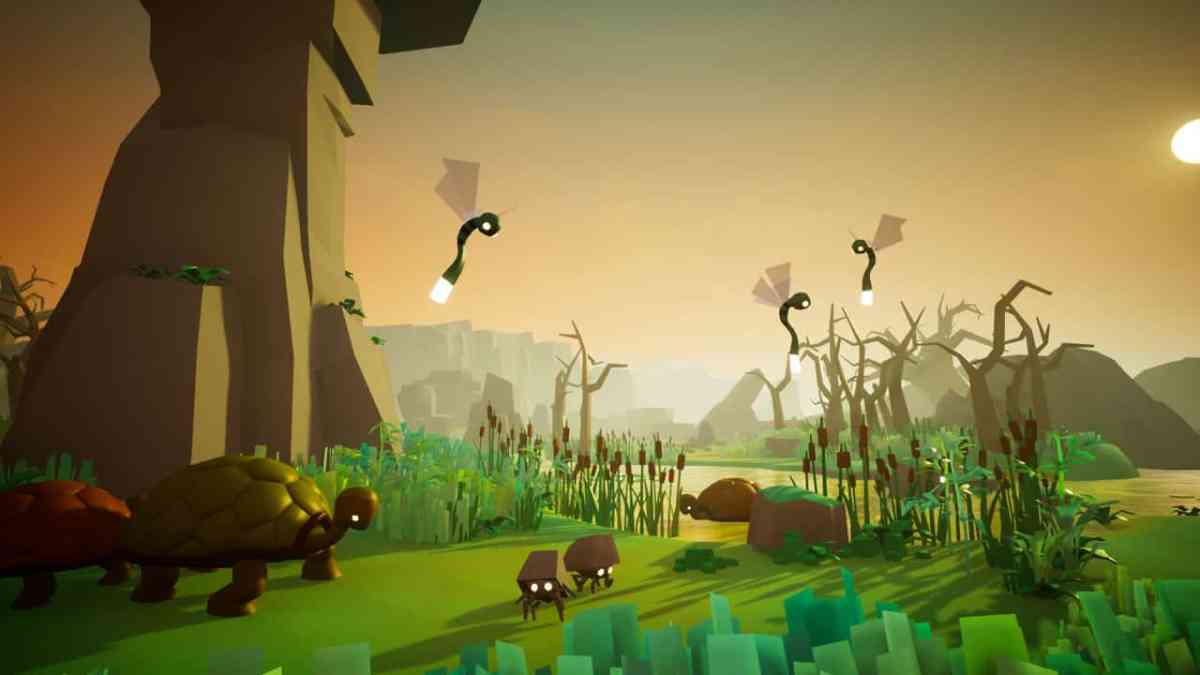 Simple yet clever puzzles dot the landscape. Omno might not be The Witness, but its use of perspective and thinking outside of the box is charming all the same. Everything in Omno’s world serves some kind of purpose, either revealing a cute surprise or a new gameplay possibility. No matter how subdued it initially seems, Omno has more ideas than it can fit in a single demo, even throwing in a new mechanic in the demo’s epilogue to tease at further possibilities.

This interplay between the traveler and their world is what glues it all together. Without a spoken word, you have an immediate impact on the environment and it on you. It’s not a competition, but a dance, as you each gently push and pull. Sometimes you might miss a step, but you’re never punished for this, with generous checkpoints and falling often only resulting in a comedic “thwop!” before the traveler pulls themselves back up. There’s also no life system to speak of or a health bar. It’s not that Omno is without challenge, just that there’s no tension urging you along in a rush.

Such a reactive experience is remarkable on its own, but Omno goes one step further with its presentation. Rather than an intrusive HUD, hints and nudges are provided simply through button prompts and automatic camera turns that guide you along. Everything else organically unveils the deeper you explore, never demanding your attention but welcoming the more curious player with additional items to track and secrets to uncover.

Omno doesn’t feel like pre-alpha. There are games released on the market without half this level of polish, precision, and wonderment. Its aesthetics are awe-inspiring, swelling up inside you with warmth. Blades of grass wave back and forth in the breeze as you chase three-eared rabbits, playing with them to gather energy. There’s a quiet contentment with what you have — when you max out energy for the area’s temple, the game doesn’t require you to collect any more, letting the rest of the energy to be found to remain in this peaceful place.

Every aspect is perfectly tuned to entertain, arresting your attention gladly. Stone columns and bridges rise, fall, and float around you, heeding your magic to grant you a path to continue your journey. Omno wants you to enjoy its world, smell the roses, and appreciate a moment of serenity. While originally conceived years back, it feels all the more apt for Omno to release in 2020, offering a brief salve to the stress surrounding us all. If that sounds as good to you as it does to me, then I highly recommend keeping a close eye on Omno for when it releases later this year.