The concept of difficulty settings is something I’ve been meaning to talk about for a while, and my recent video of No More Heroes 2 will suffice as an awkward segue to the subject. Instead of the usual “Easy,” “Normal” and “Hard,” NMH calls the three options “Sweet,” “Mild” and “Bitter,” which I found quite appealing. Clever naming of difficulty settings is a bit of a lost art. Its golden age was with shooters in the 90s, from Wolfenstein 3D’s “Can I Play, Daddy?” through Rise of the Triad’s “Will Of Iron, Knees Of Jell-o” to Duke Nukem 3D’s “Damn, I’m Good,” but now I guess games are all taking their gritty brown realism too seriously to indulge in the simpler pleasures of life. My personal favorite naming system is from Blood 2: The Chosen of all things: the elegant and pithy “Genocide,” “Homicide” or “Suicide.”

It might be a little lazy to say “all games should have difficulty settings.” Some games don’t fit into that model. The challenge of Super Mario Galaxy, for example, is primarily in platforming, and you can’t exactly go through each level creating an alternative setting that pulls a few platforms closer together here and inserts a wheelchair ramp there. But for action games, they should definitely be mandatory.

It’s not just about being immediately accessible to any level of player, it’s about escalation. This isn’t really an issue for me because my job requires me to play a new game every week, but for you poor non-game-reviewing saps who don’t buy a new game as often and need to get the most out of their purchases, harder difficulties add an extra spice to a replay. Consequently, there have been many games that only unlock the hardest difficulty after at least one playthrough. A policy I’m not sure I approve of, since anyone who thinks they can jump straight to “Dante Must Die” Mode on their very first try probably deserves the inevitable harsh reality lesson.

But here’s my slightly less obvious request: Every game should let you switch difficulties mid-way.

This is more for my own convenience than anything else. My usual policy is to play through every game on the local equivalent of “Normal.” Even though I flatter myself in that I’ve logged enough hours on my specialist genres that I could usually jump straight to “Hard.” But there’s always that little doubt. That knowledge that every game has its own interpretation of “hard,” and that what I think is a case of relatively easy-going hardness like Half-Life could very easily turn out to be a case of, say, the Bayonettas, and I’ll waste an awful lot of my limited pre-review play time dying over and over again.

But often this policy bites me in the arse. For when a game turns out to be too easy, I tend to zone out, and concentrating on its qualities becomes difficult. In Alan Wake,for example, it was foolish of me to automatically pick “Normal” out of “Normal,” “Hard” and “Nightmare,” because this is doing the Burger King “Medium,” “Large” and “King Size” thing where the real medium is obviously the one in the middle. And by the time I realized this I was too far through the game to start from scratch. While there have been a few games (I think Devil May Cry did it first) that offer to ease up a bit if you’re dying too often, very few have an equivalent prompt if you’re doing too well. 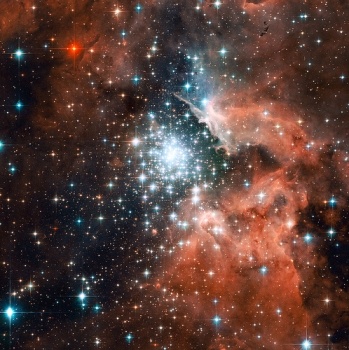 I realize that there may be an immersion issue with being able to wave a magic wand and either cripple or beef up the entire cast, and having the option constantly there may tempt lazy players to chicken out of something that’s well within their abilities if they’d just concentrate for five minutes. It’s like switching on Noclip to find the path you’re supposed to take; you tell yourself it’ll be just this once, but the shame stays with you. So my suggestion is this: let us change the difficulty once, and only once, throughout the course of a playthrough. Either up or down. You could even do it within the context of the story. An allied NPC offers to help by poisoning the baddies’ water supply or something, and you get a dialogue choice: give them the go-ahead, turn them down out of some bullshit about fighting honorably, or make some dismissive cocky remark that hurts the bad guys’ feelings so they really knuckle down to give you a challenge from now on. That’d do the trick, right? And then if you find you need to shift the difficulty down even further, then that’s probably the sign that you should go back to Super Princess Peach, junior.

“When are you going to give another update on Fun Space Game: The Game?”
– A whole mess of readers

Okay, admission time. Fun Space Game: The Game seems to be on a bit of a Fun Space Hiatus: The Hiatus. I just haven’t worked on it in a long time because I became interested in something else. This is how I work on my hobby projects (and make no mistake, this is a hobby project – if I had a contract with the XBLA or whatever I’d probably be able to stay focused), and it’s why I should probably have stuck to my usual policy of not telling anyone when I’m working on a game. For every game I’ve ever made, I’ve had three or four unfinished ones on the go. Which project will engage my interest long enough and often enough to actually get finished is a matter left entirely to fate. I can’t afford to spend my dwindling hobby time on projects that aren’t currently engaging my interest. I’ve got another AGS adventure game and a Game Maker 7 sequel to Art of Theft languishing neglected on my hard drive as we speak, too.

Fact is, now that FSG:TG has let me adequately familiarize myself with Unity3D, the fuller potential of the program has been opened up to me. I still think there needs to be another fun, pulpy space flight game like Star Control 2 to counterpoint the weary dryness of modern space games like EVE Online, but from my recent experiences with Alan Wake and the trailer for Silent Hill 8, it’s become equally clear that games are also crying out for more genuinely scary games; games with subtle, underplayed scariness without expensive action sequences or bombastic orchestral scores spoiling the atmosphere. So that’s what I’ve been playing around with of late: Actually Scary Game: The Game. A simple first-person adventure like a mix of Tex Murphy and System Shock with an emphasis on simple but effective scares. Maybe when I play the next Mass Effect sequel my thoughts will return to Fun Space Game, but for now this is what’s firing my cylinders.

I apologize for giving the impression that FSG was where my affection solely lay, but what can I say, I’m a whore. But if I give any game development insight in the future, it could be for any one of these projects: Fun Space Game, Actually Scary Game, Non-Serious 90’s Style Shooter Game, whatever. That’s if I can find enough time to work on any game project as well as my second novel. The creative life, she is a bitch.

GameStop: “We Wouldn’t Be Here” Without Used Sales