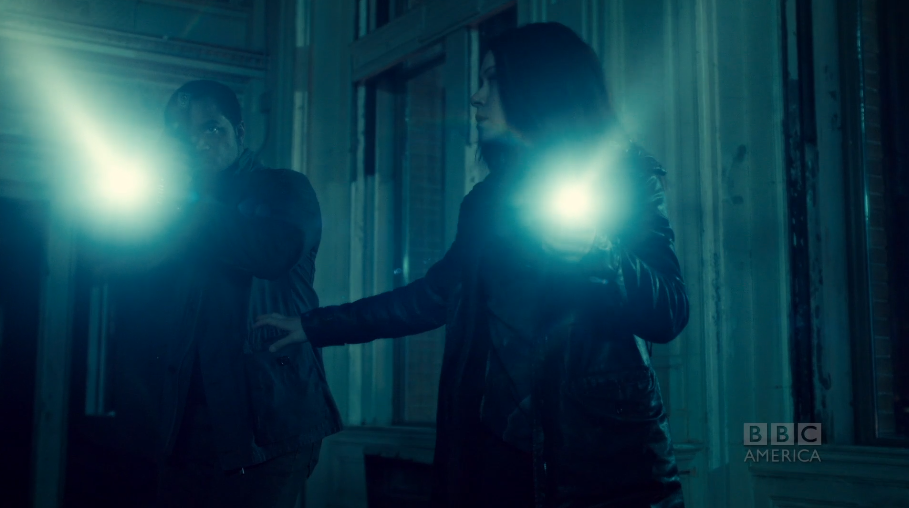 Editor’s Note: This is a recap of Season 2, Episode 5 of Orphan Black, so there will be spoilers!

With the intense note that last week’s Orphan Black ended on, I’ve been waiting anxiously for Episode 5. Would it pick up right where we left off? Would we see Helena actually use that knife to help Sarah rather than stab her? Would Sarah actually make it back to Kira by morning or would she maintain her pretty solid track record of making promises to her daughter she can’t keep?

More importantly, would Helena divulge any more information to Sarah about what the hell happened on that Prolethean farm? Even though I’m sure Helena knows something is very, very wrong, I’m interested to see how much Helena really understands about what happened to her (and possibly learn more about the vague situation through Helena’s eyes). I’m curious to see how much Helena understands about what the Proletheans took from “inside of her” and what will happen if their plans come to fruition.

And then there’s the whole Project LEDA thing. Thankfully, Cosima continued to be our go-to Wikipedia by explaining to us Greek mythology’s tale of Leda and the Swan. It’s been hinted at some of the clones may have been genetically manipulated or altered, but in accordance with the Leda and the Swan tale, it’s Kira that’s really the demigod here. And it makes sense. She’s got this ultra-creepy omniscience that gets passed off as a childlike awareness but never really gets explained. She got hit dead-on by a car and the only injuries she sustained were some minor scratches and bruising. Not to mention that there’s always this inherent air of “Kira’s special” in this show, which should be part of an Orphan Black drinking game as we hear it so often.

I was hoping that Episode Five would shed some light but as usual with this show, as one question is answered about seven more questions appear. 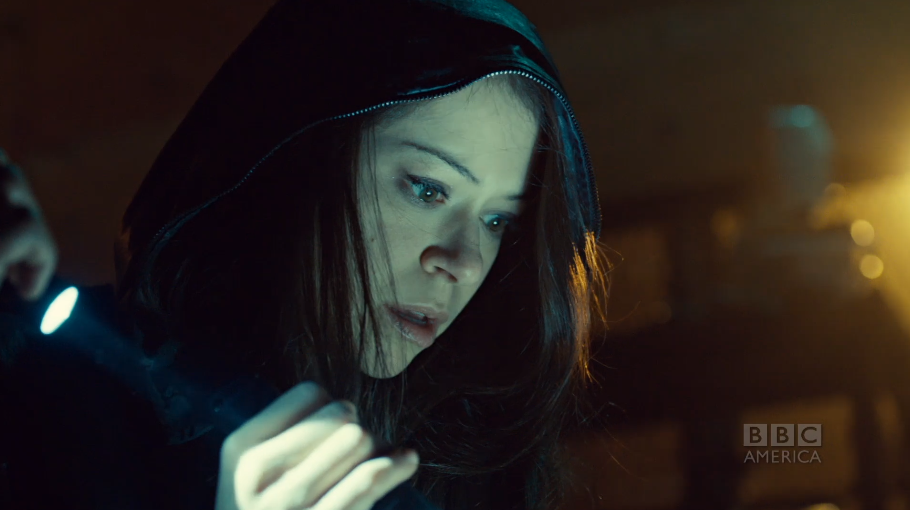 The episode opens on the crime scene that is now Rachel’s apartment, full of blood from Daniel’s dead body. Interestingly, Helena’s stick figures make another appearance, but this time they’re of two women and a small child instead of one lonely figure. It’s pretty obvious they’re meant to depict Sarah, Helena, and Kira, but it’s still creepy nonetheless. Dr. Aldous Leekie implores Rachel to use a gentler hand with the clones, but HBIC is having none of it. Rachel tells Paul he’ll be moving up in the ranks of the Dyad group as her new Monitor, of which she’s known about all along as she’s the lucky clone that’s been self-aware since childhood. We get a good feeling that Rachel will be vying with The Proletheans for this season’s Best Villain Award and in true villain fashion, she orders Dr. Leekie to shut down the new stem cell tests meant for Cosima’s treatment until Sarah agrees to her terms.

Naturally, Cosima and Delphine find out that Leekie hasn’t, in fact, been sharing all of his scientific clone-work with them and are reasonably pissed, as that’s part of Cosima’s deal to even be at the Dyad in the first place. They get caught snooping in Leekie’s office by the doctor himself and he informs them of something pretty significant: the original genome was lost in a laboratory fire, and it’s hinted that this is the same fire that did away with Rachel’s parents. Along with that lab fire also went the “roadmap” for the synthetic sequences embedded in the DNA of each clone. So basically the Dyad’s been running blind for years. Really reassuring. But in a change of fate, Leekie informs Cosima that he’s willing to disregard Rachel’s orders and continue with the stem cell treatment in hopes that it might heal her ailment. 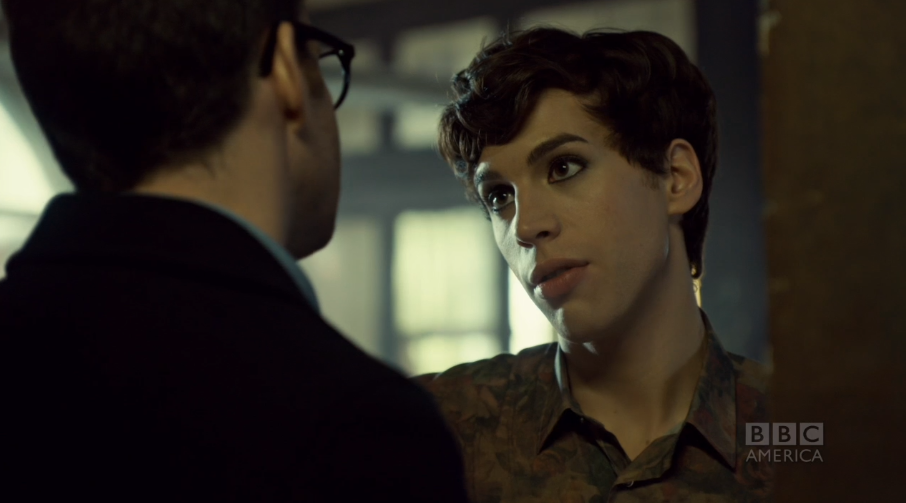 Sarah has brought Helena to clone headquarters, a.k.a. Felix’s apartment, and convinces him to take the Ukranian clone to Art for safe keeping until Sarah can figure out what her next move is. Art takes the opportunity to question Helena about Maggie Chen and what the Proletheans may have done to her on Henrick’s farm. Initially Helena is quiet, but food is a pretty good motivator for her and she begins to fill Art in on some of the gaps in her childhood, Maggie Chen’s mystery locker, and someone she calls Swan Man who “is playing God.”

Meanwhile, we get a small dose of a happy Felix (which isn’t seen enough considering he’s a glorified go-fer for Sarah) when Paul shows up to ruin the day. He forces Felix’s prints on Daniel’s old gun, thus using Felix as leverage to demand Sarah, Helena, and Kira give in to the Dyad’s contract.

Back on the Proletheans’ ranch, we see that not all of the barbaric “old ways” have been annihilated from this modern group. Henrick’s wife Bonnie believes their daughter Gracie is clinging to these old ways in her hatred for Helena and they have dolled out a punishment befitting the crime by locking up their daughter in a cell and sewing her lips together until she’s ready to come clean. When she does, her father informs her that all will be forgiven if she helps retrieve Helena and her mother tacks on the oh-so-ominous ending, “or you’ll carry the child.”

Sarah heads back to Art’s to find that Helena detained the detective and escaped his supervision. She left a clue for the duo and they follow it to another creepy old storage unit/warehouse space, which ends up being Maggie Chen’s locker. There they find information on the ominous Swan Man (Leda and the Swan, anyone?) Helena previously mentioned. Piecing together the clues, Art and Sarah determine that there’s a strong possibility that Rachel’s adoptive father didn’t die in that lab fire after all, but has been calling the shots unseen for about thirty years. Also in the locker they find an empty sniper rifle case and motorcycle peel-out marks on the ground, which pretty much assures that Helena is up to her old headshot ways. 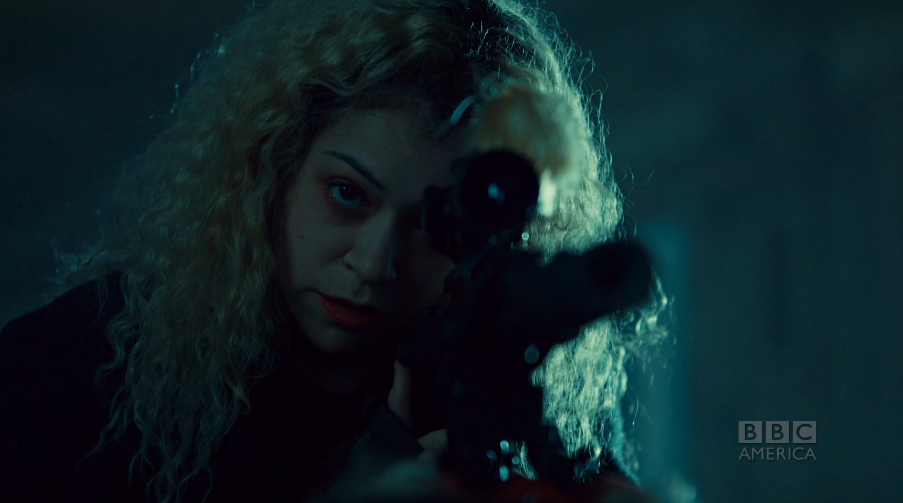 Following Helena’s clues, Sarah and Art find the clone set up in an abandoned room with her sniper aimed at Rachel in the head clone’s apartment. Ever the actress, Sarah appeals to Helena’s deep-seeded need for family and convinces Helena to not shoot Rachel on sight as it wouldn’t help their “brother seestra”, Felix, who is now in jail thanks to Rachel.

Afterward, Sarah meets with Leekie and tries to Prof. Ethan Duncan as leverage to free Felix. Leekie promises that he can “pull the levers to counterman Rachel” and continue with Cosima’s treatment. Whether that means purely just promising her Cosima’s safety, or actually being able to promise both Cosima’s treatment and a safe Felix I’m not sure, but I want to believe in Leekie as the good Neolutionist.

Back in the car with Sarah, Helena informs them that their next stop on the Swan Man Discovery Tour is “Cold River: The Place of Screams.” Sounds like a perfect vacation spot to me.

As the episode comes to a close, the villain count is standing pretty solid: Rachel 1, Proletheans 1. 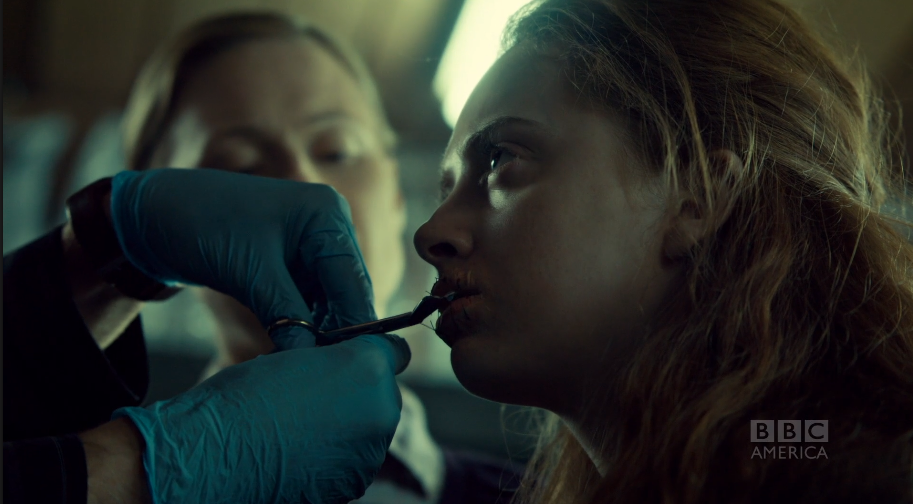 Part of me wants to believe the emotional display between seestras, but I’m not sure I can. During the sniper scene, Helena calls Sarah out by saying she believes her sister only wants to use her, but Sarah assures her differently. Sobbing, she tells Helena that when she assumed her sister dead, she couldn’t talk to anyone about the magnitude of her loss, but I just don’t believe it. Sarah has proven she’ll do anything in her power to keep her daughter safe and away from Dyad and Prolethean alike, and now with Felix on the line as well I’m sure she could pull out some crocodile tears if she needed to.

As the show goes on, I find myself caring less and less for Sarah in the wake of caring so much more for Helena. As screwed up as her psyche is, Helena is proving herself more sympathetic a character to me than Sarah. I just can’t quite tell if Sarah is screwing over Helena or not. Although I know it’s a long shot, I’d love for Helena to finally have that family she so longs for, but if Sarah is using her and Helena realizes it, I can’t say I’d be mad at some Helena-style retribution. Even though Helena has been been used by so many people in her lifetime, the ultimate betrayal in her eyes would be Sarah’s carelessness for her and I just don’t think it’s wise for Sarah to dancing with danger like that.

But let’s not gloss over the big plot points we got in this episode. We now have confirmation that Henrick and Bonnie have begun the process of creating a half-Helena test tube baby and are willing to artificially inseminate their own daughter to carry this child to term if Helena isn’t returned to them. On a creepy-factor scale of 1-10, this is at least a 13, with the sewn-lips scenes definitely bumping it up a few notches.

And then there’s Leekie’s casual information drop of “Oh, yeah, we just…don’t have that original genome anymore. Sorry.” For Cosima, it must be incredibly horrifying to learn that the scientists you trust to help prolong your life have zero idea where to even find your troublesome DNA, let alone actually know how to help you. And although I want to believe in Leekie’s “goodness” since he does fulfill his promise to keep treating Cosima, all too often Orphan Black‘s good characters are only good for so long. Although Rachel does explain that Leekie often becomes too emotionally invested in his work, I wouldn’t be surprised if there’s a big shift for Leekie in the next few episodes. I’m just hoping that the shift is to save Cosima rather than Rachel, should he have to make that choice. I’m still pulling for our scientist clone to get some more character development in this season and that can’t happen if she dies.

Lastly, we’ve got this new Swan Man to deal with. Helena described him as “Playing God” and Sarah seems to think that he could possibly be the mysterious Prof. Ethan Duncan, who, if he didn’t actually die in the lab fire, would have had to be in hiding for about three decades and also be almost eighty years old. Has Ethan been running the whole show from some mad-scientist bunker somewhere? Did he somehow manage to disconnect himself from any love he felt toward his adoptive daughter Rachel and not be present during her life or is it possible that Rachel’s been in on her father’s living status all along? Do we have a third villain to compete in this season’s Best Villain Award? My guess is yes, but we’ll just have to stay tuned to find out!