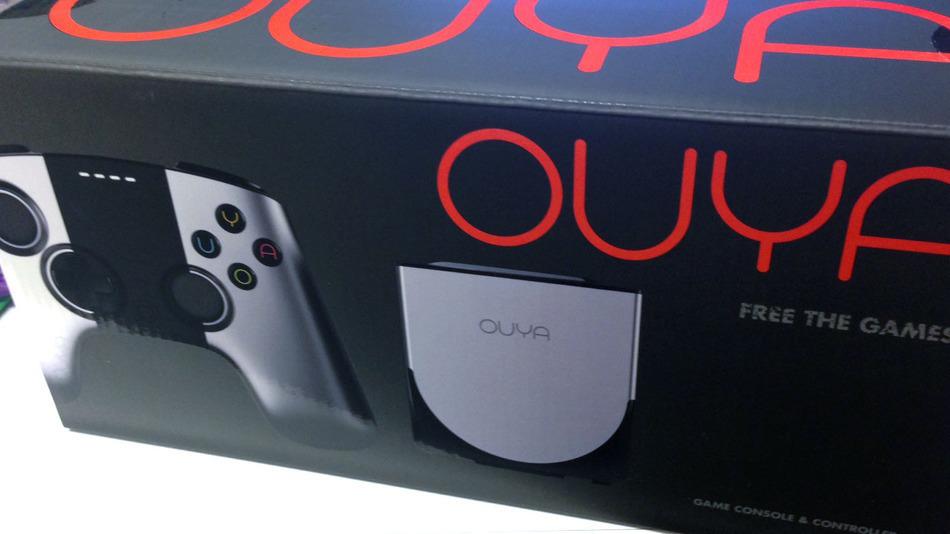 The OUYA is a little box that has big dreams, riding a massive wave of Kickstarter hype over its open source software all the way to the front doorstep of fans. Unfortunately this particular dream seems to be the kind that you wake up from with a sudden jolt, shaken and dripping in the shame of a concept only half realized.

The first thing you’ll notice about the OUYA is that it’s charmingly small, especially when compared to the other major league consoles currently out there. Even the Wii seems bulky sitting next to the thing. Typically when you want to ferry a game system over to a friend’s house it’s a huge ordeal, requiring a big bag and lots of fearful hand wringing during transport, the devices often being as delicate as they are large. This isn’t so with the OUYA, owing largely to the decision to venture away from the disc based model. Although we don’t recommend shaking it intentionally, the OUYA is actually durable enough to be jostled during gameplay without crashing your game. Be careful when you touch it, though: With only one exhaust vent on the bottom, this thing can get rather hot.

Startup is so startlingly fast that you won’t be sure you’d turned the console off correctly the last time you used it. Sadly, the magic begins to unravel shortly after that. The brightly colored menu flares up with artsy categories like Discover and Create, and while that may look pretty at first it isn’t very informative and starts to feel gimmicky after a while.

Again owing to the lack of a disc drive, in order to actually play games on this console you’ll need to first connect to the internet and then download them. The OUYA’s wireless sensor has an appalling range so there’s a good chance you’ll get reacquainted with that Ethernet cable you so lovingly laid to rest in the attic back in the day. Once you have managed to connect your device you’ll be ready to download some of those deliciously free-to-try Android games you’ve been hearing so much about, but not before signing up for an account, where literally the first step in the process is a prompt to enter your credit card information. It’s reasonable that they’d need that information to facilitate the sale of full, paid versions of each game, but making it essential to any console use seems excessive.

After you’ve registered you’ll finally have access to the OUYA database, a library of games apparently hovering around 200 at the time of writing, but at first seeming only barely in the double digits. That’s probably because the games are arranged into a series of playlists, the first several of which belong to random people in the games industry who all seemed to have played the same few titles. The Genres and Latest lists are way down at the bottom of the page, making it rather inconvenient to browse the entire archive. Being Android games, most of them are really simplistic or just downright old. A re-released Final Fantasy III is one of the most robust games currently available, both in terms of appearance and storyline, and, lest you forget, that little gem is nearly 25 years old now. If you don’t like what you find in the catalogue, you might think of making a game yourself, as one of the main draws of the OUYA is its self-publishing platform. If you were hoping this would be like Little Big Planet, offering tools to create your own game, you’ll be disappointed. You’re simply given an avenue to upload an already designed and programmed game, which doesn’t offer incentive to regular consumers.

If all of that wasn’t underwhelming enough, the controller also starts to make your hands ache after only a few minutes of gameplay, as the angle of the grip is ever so slightly off. While you shift it in your palm you’ll notice little pieces of plastic shrink-wrap clinging stubbornly to the handle. That damn material is so freaking hard to remove, like peeling a half boiled egg. And ultimately that is how the majority of the OUYA experience comes off: underdeveloped and a little cheap.

Recommendation: Considering the low price point, the size and the resilience of the device, this probably wouldn’t be a bad purchase for a family looking strictly to play games. It’s also a good investment for Android game developers looking to get more eyes on their content. The majority of people are much better off sticking to the existing platforms for now, though.