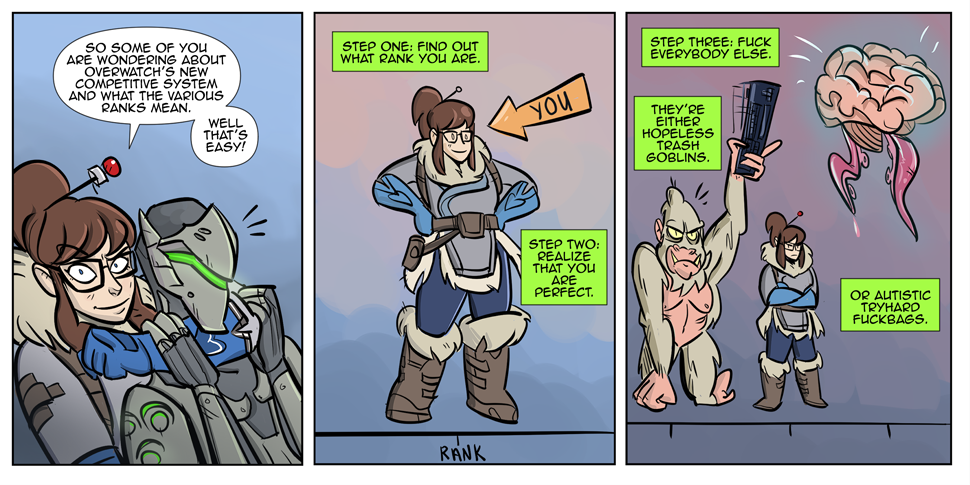 While I appreciate what Overwatch is trying to do with its lack of post-game stats, the current system just isn’t working. Not only does it deprive players of context for their stats (context that’s vital for correcting bad habits), it actually makes players even more toxic. All a gold damage medal tells me is that I’m dealing the most damage on my team. The reaper on Silver could be ten points behind and will catch up in a few seconds or he could be ten thousand points behind and in vital need of a hero change, or he could have just switched off from healer/tank in which case the in-game stats are entirely useless. It’s impossible to tell, and expecting players to be honest and self-critical enough to switch off a hero that isn’t working is a pipe dream at the Platinum-Diamond level of play.

The most obvious solution I can think of is giving the player a score sheet AFTER the game is over, the room is empty and there’s no opportunity for players to be dicks to one another. Let me see if I really was carrying my shitbag team as a quad-gold Zarya or if I was only slightly ahead.