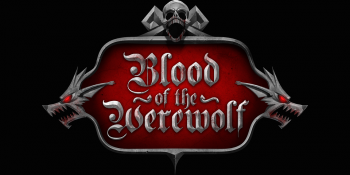 Majesco’s indie publishing arm, Midnight City, was recently unveiled in time for PAX. I got a chance to see a couple of their upcoming games, but one of them really stuck with me. In development by Scientifically Proven, Blood of the Werewolf will be instantly familiar to anybody that played classic platformers like Ghosts ‘n Goblins. Having grown up pumping quarters into these games at the arcade, I fell in love at once when I got my hands on Blood of the Werewolf.

Blood of the Werewolf tells a story about the last remnants of the once-powerful werewolf clans. They’ve been hunted nearly to extinction by humans, and the last known werewolf family was torn apart when the father was killed and the child was stolen from its mother. You’ll play as the mother wolf, with the goal of reclaiming your child from the clutches of whichever evil was responsible for taking it. While the motivations aren’t exactly clear, the fact remains that some sort of monster is responsible for the attack, so you’ll fight your way through 15 levels, sporting more than 30 horror tropes and monsters, ranging from The Mummy to Dracula. It was described as a “your princess is in another castle” situation, where you’re vanquishing boss after boss until you find the one responsible.

As before, this is very Ghosts ‘n Goblins in nature, as you are equipped with a crossbow, which you can fire much like the javelin to take out enemies from afar. It’s vastly improved, however, because you have full 360 degree rotation for aiming, so you aren’t forced to just lob them in a straight line like its predecessor. You’ll get special abilities as you progress through the game, like the Dual Shot ability, which fires two arrows, or Explosive Shot, firing a more damaging bolt. You’ll encounter enemies with ranged attacks, however, which have been similarly improved from their classic counterparts, as they can aim their projectiles, too. For certain sections of each level, you’ll transform into your werewolf form, which changes your crossbow attack into a heavy damage but short range claw attack. You’ll also get a charge and ground slam special ability for taking out rows of enemies, or bringing death from above. This transformation is a great way to keep things interesting as you progress through the levels, and playing as the werewolf was a ton of fun.
Blood of the Werewolf, while offering fairly hardcore platforming gameplay in its own right, is significantly more forgiving than the classics. You’ll have infinite lives to work with, and there are checkpoints scattered throughout each level, so you don’t have to start from the beginning when you die. Rest assured, you will die. If you’re looking for a real challenge, however, the hardcore mode will remove the checkpoints. In addition to the checkpoints, you’ll be able to absorb a lot more punishment than you’re probably used to from older games. Instead of only being able to take three hits or so before you die, you’ve got a health bar, so some enemies will only shave a sliver off your health, while others might knock off a good chunk of it. Later in the game, while you’re in werewolf form, you can unlock a heal ability to give yourself even more staying power.

Blood of the Werewolf, according to Nathaniel McClure, Founder of Scientifically Proven, should take the average gamer seven to ten hours to complete. It doesn’t have the bite-sized chunks of gameplay like you might be hoping for, as the levels are fairly long but, depending on how the save and checkpoint system work when the game launches, it might support loading in the middle of a level, which would broaden the appeal to more casual players. While the levels can take a significant chunk of time for the inexperienced, once you really know what you’re doing, McClure mentioned that you can power through the levels in only a couple of minutes, as long as you know the level backwards and forwards.

I’m convinced that Blood of the Werewolf is exactly what I want out of a retro-styled indie game with modern accoutrements. It’s going to thrill those who are looking for the kind of experience it has to offer, so if you grew up on Ghosts ‘n Goblins and want to relive those glory days, prepare to delve into Dracula’s mansion and transform into a bloodthirsty werewolf as you hunt for your stolen child. It’s going to be a wild ride.

Keep an eye out for more information on Blood of the Werewolf‘s release date and platform availability.