PAX Australia 2014 has now officially closed its doors, and I am officially ready to sleep until they open them again next year. But before I do, be sure to check out the last batch of cosplay photos from the show. If you haven’t already seen them, here are my photos from the first day, and the Day 2 gallery Ross put together from my photos when I was too exhausted to type yesterday. 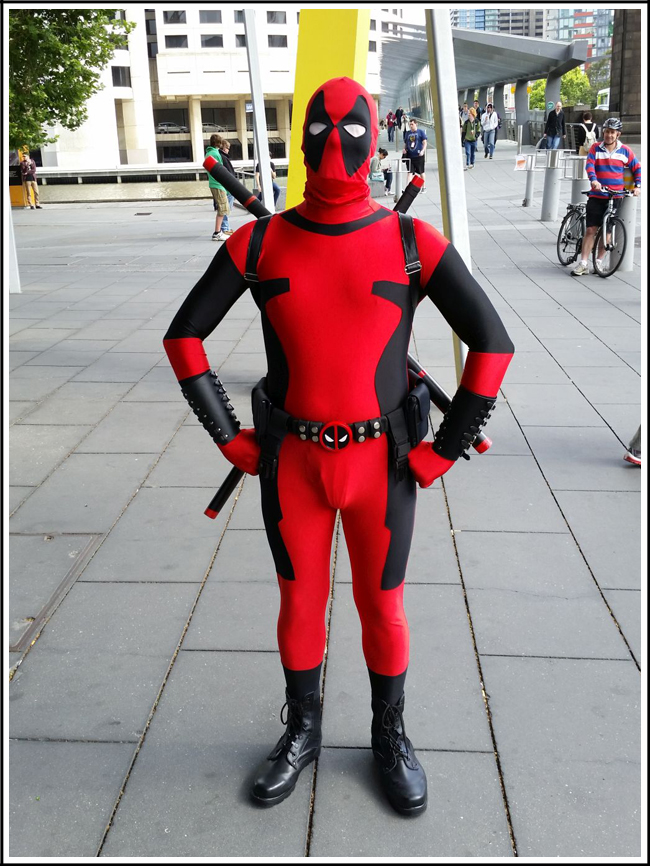 Greeting us at the entrance to the show as Deadpool, who cracked a joke about the loser who was dressing up as him. 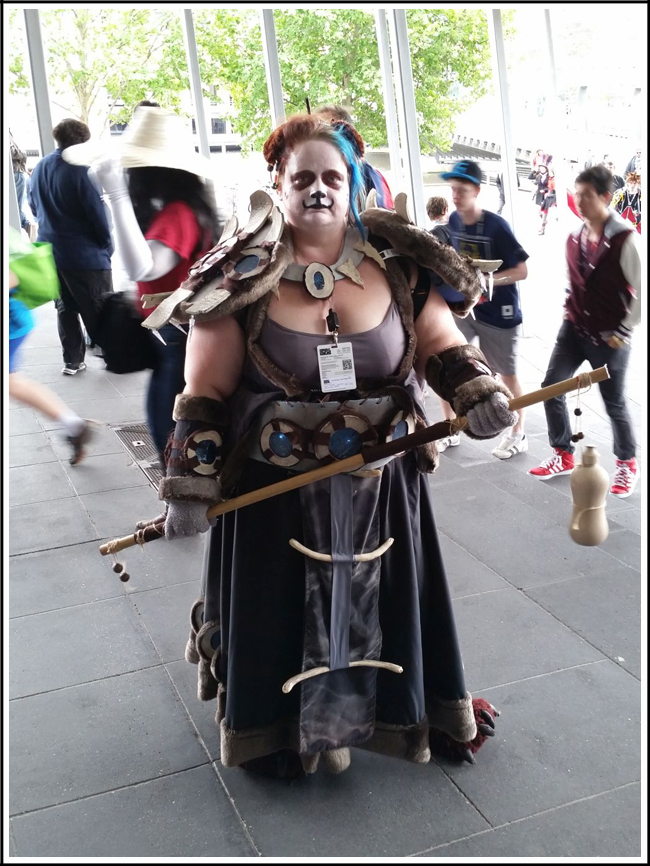 With Warlords of Dreanor just around the corner, this Shaman looks ready to level up to 100. 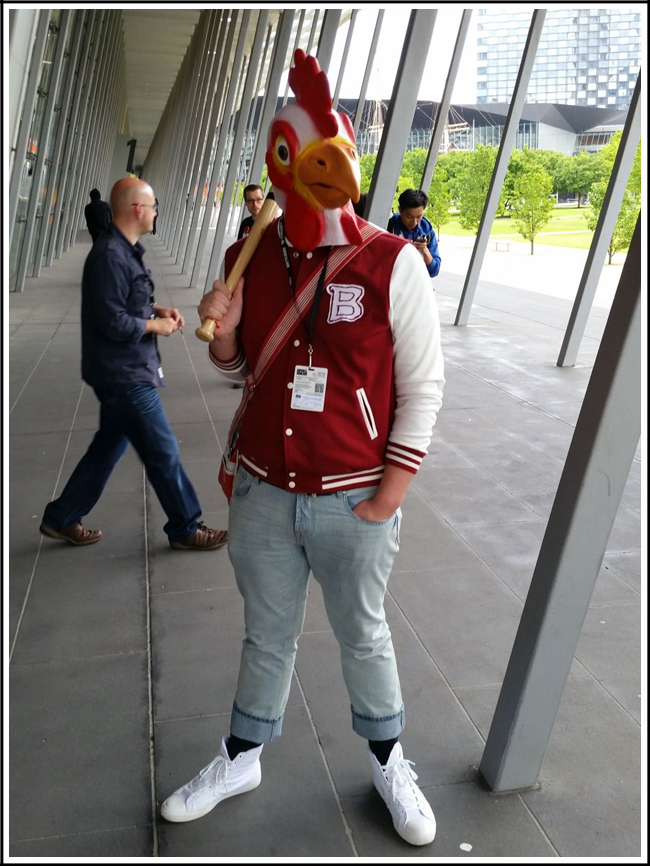 The Hotline Miami unnamed protagonist wearing one of his signature masks. 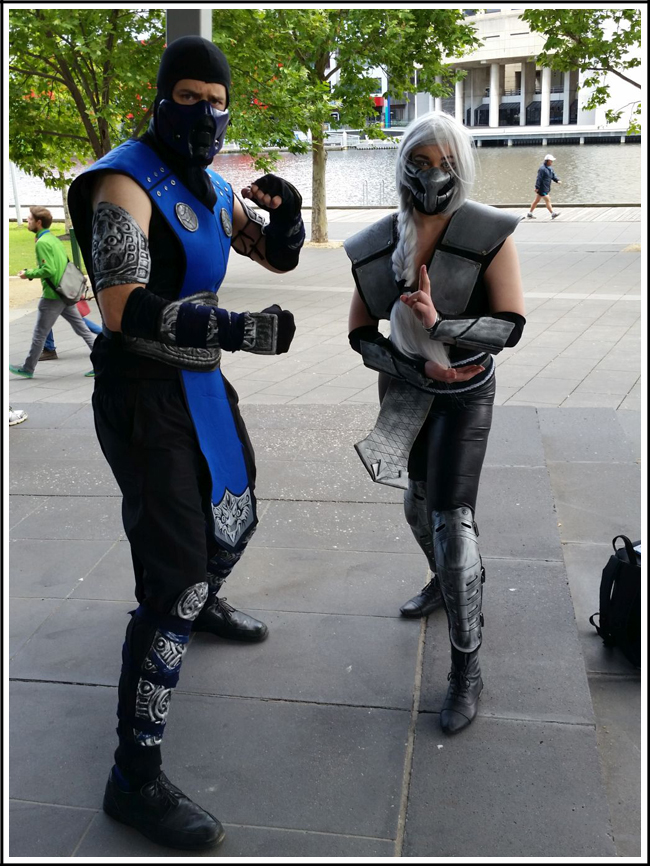 Final round! Finish him! 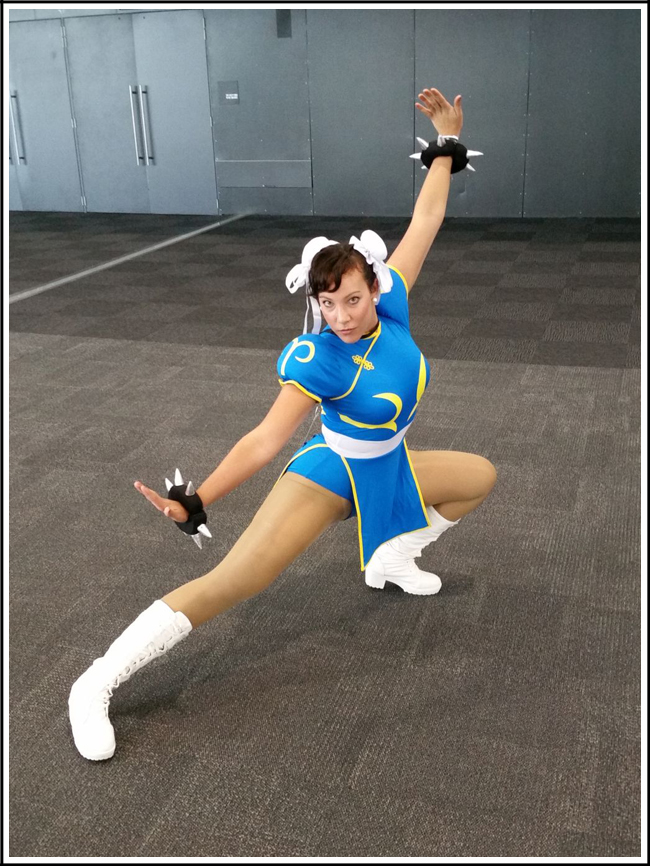 It’s not often you see a Chun Li cosplay who actually has the thighs to pull it off! 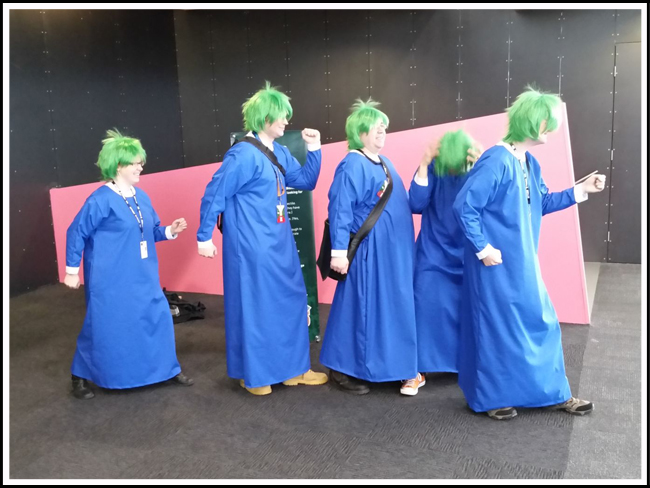 I found these guys walking single-file around the convention. When they got to a wall, they all bumped into each other and turned around. 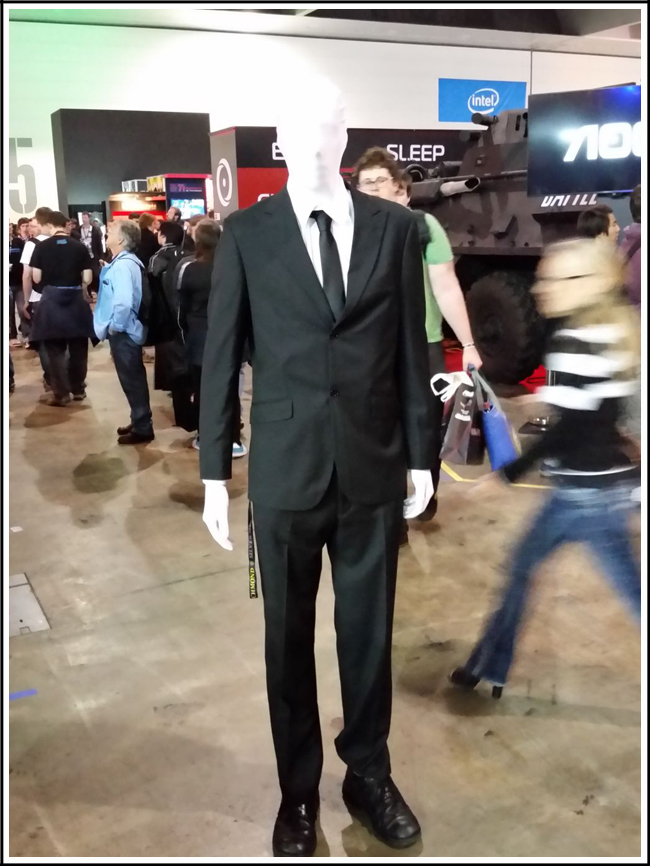 What do you do when you are freakishly tall and want to give children nightmares? Cosplay as Slender Man, of course. 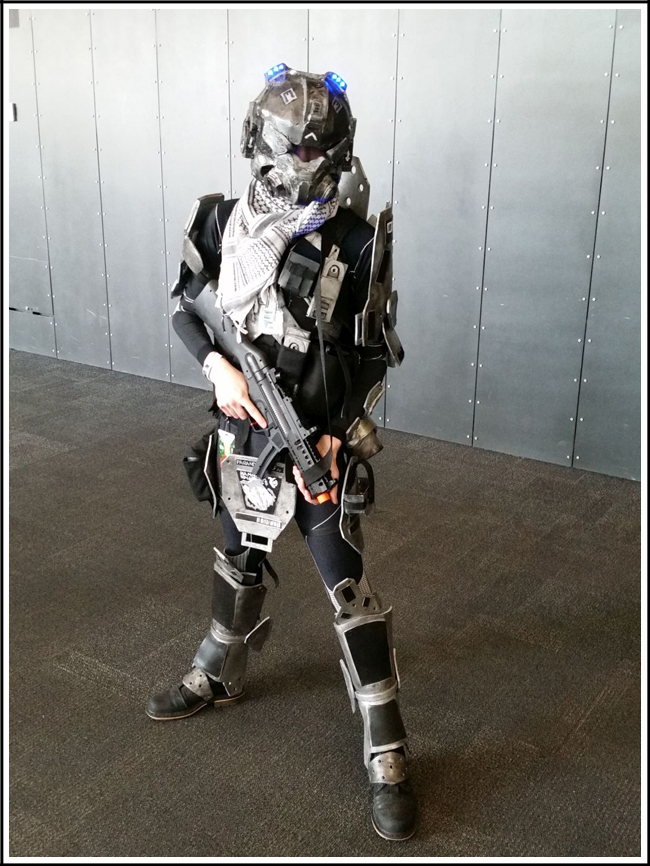 I asked this Pilot where his Titan was, and he told me he just had to make a few more kills… 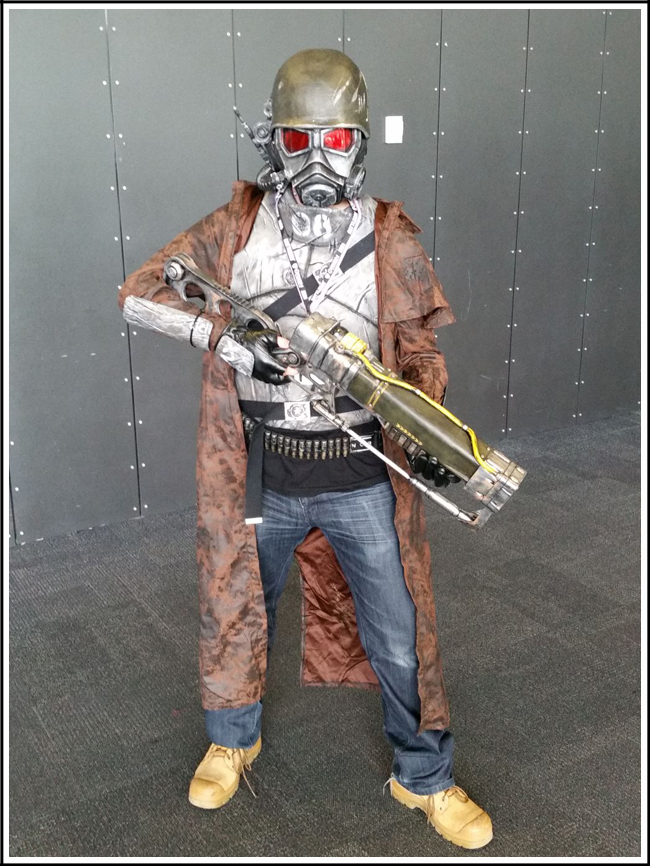 “Nice cosplay!”
“What do you mean, ‘cosplay?’ This is what I usually wear when I go outdoors in Australia.” 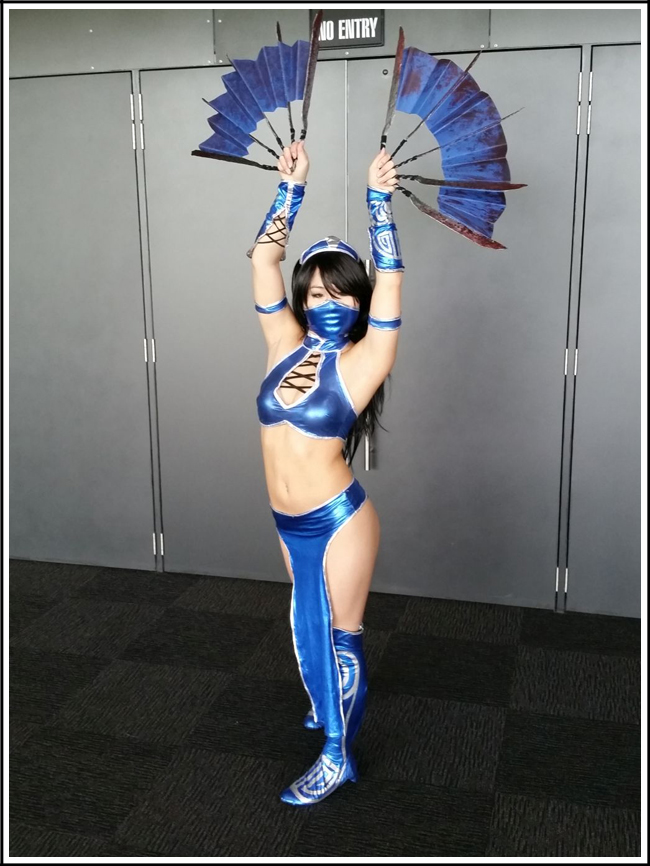 I hope she doesn’t also have an authentic Kitana mouth under that veil… (thanks Gabriel for clearing that up!) 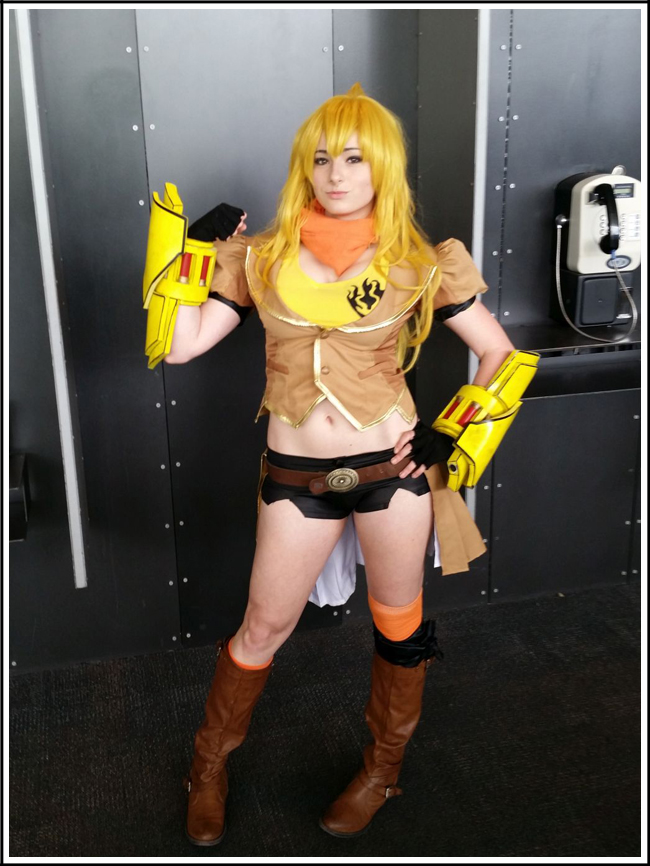 I had no idea who this girl was, but thought it was a cool costume. She was kind enough to let me know she was “Yang” from the TV series RYBY. 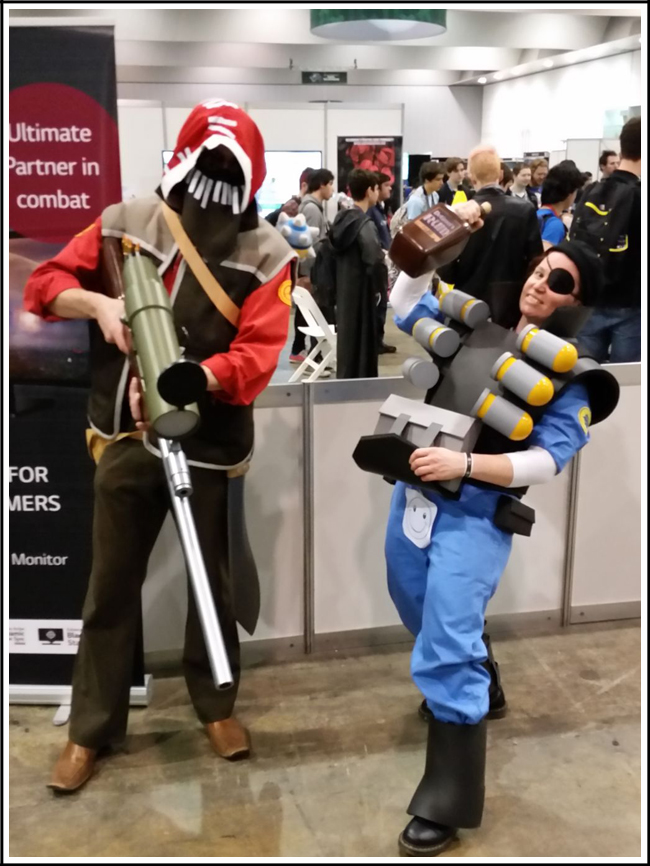 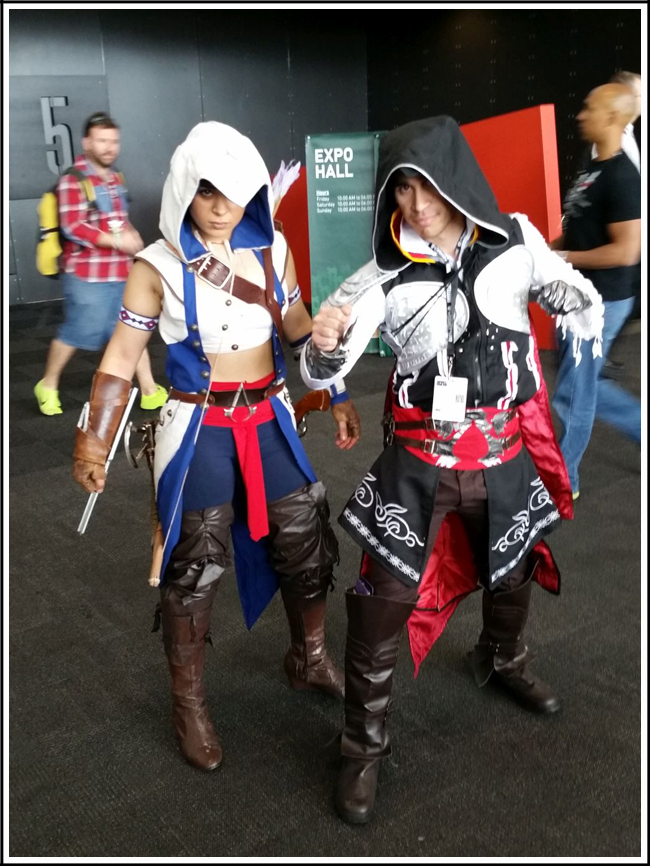 This pair of assassins don’t care that Ubisoft only has male player characters in Assassin’s Creed: Unity. 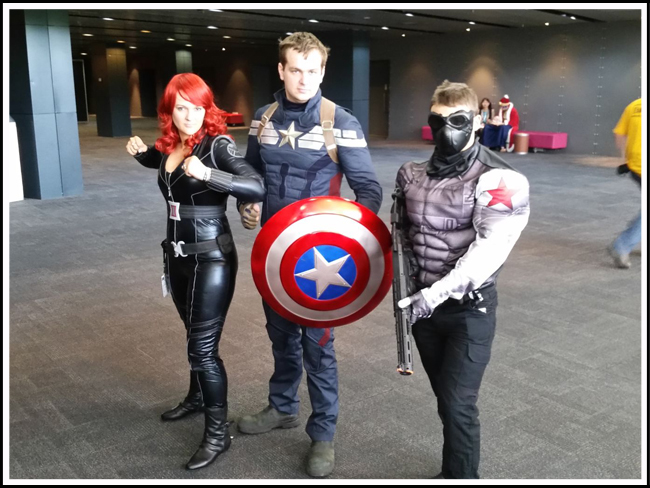 Or at least, some of The Avengers! 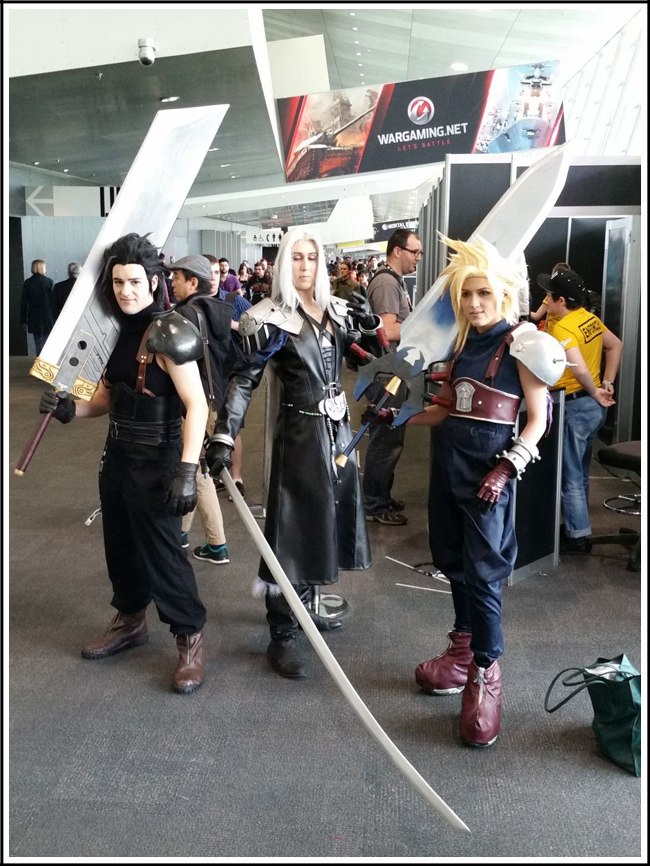 Ahhh, what con would be complete without Sephiroth and Cloud’s hilarious impractical swords? 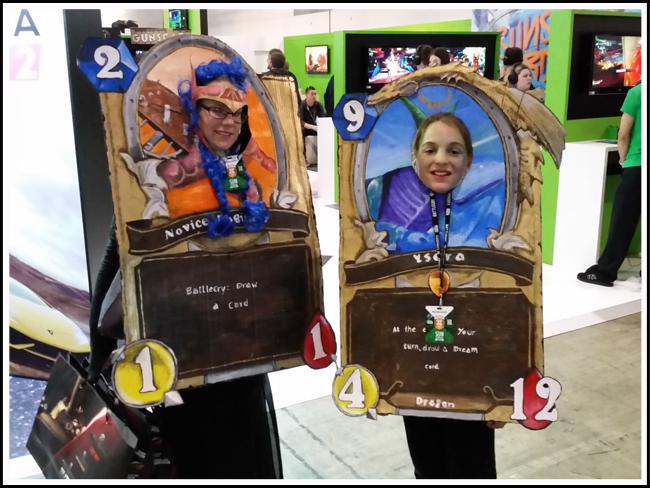 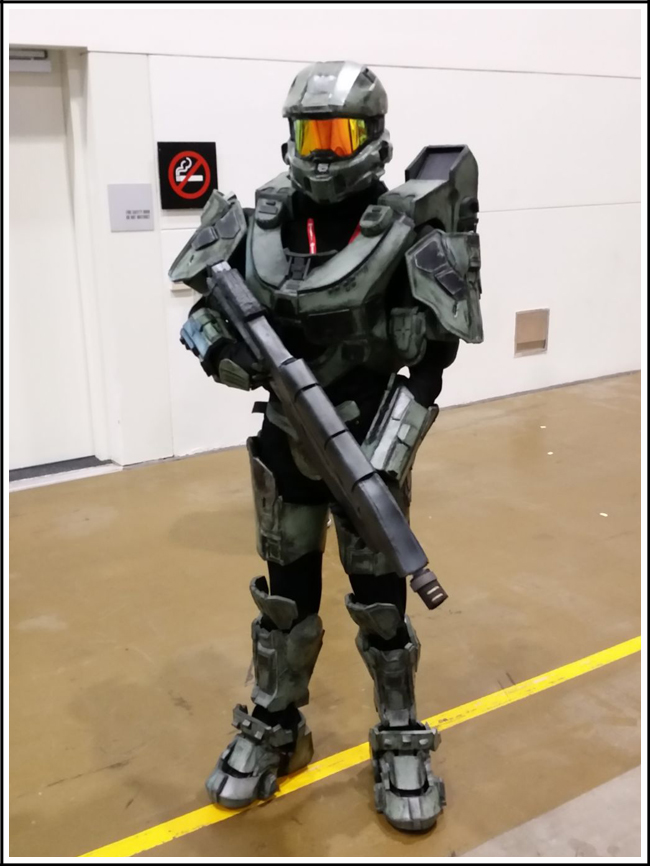 Probably the best Master Chief I saw all show – this guy was the real deal! 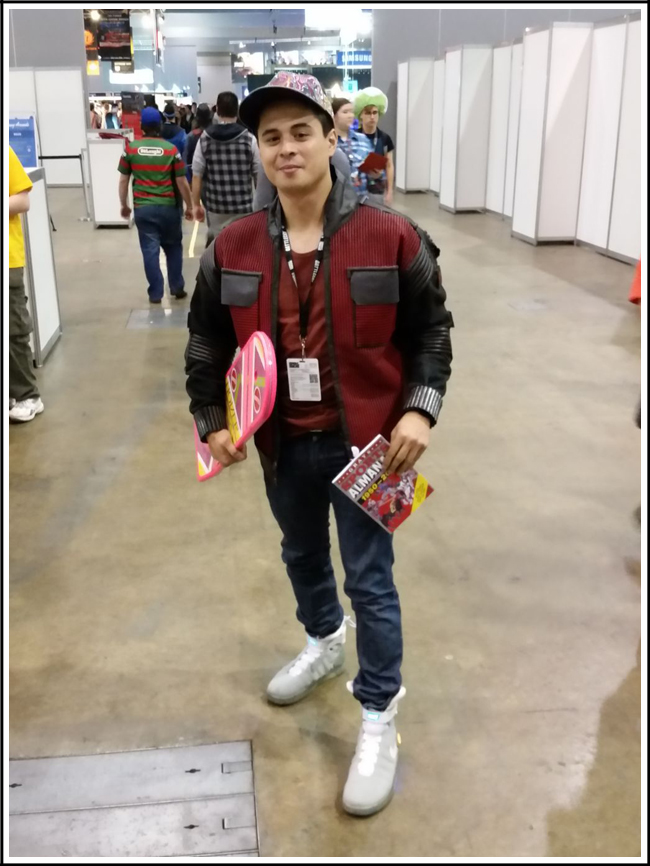 I absolutely love this Marty McFly. The attention-to-detail is just amazing, from the hat, to the shoes, to the sports almanac! It’s a pity he didn’t have a Doc with him… 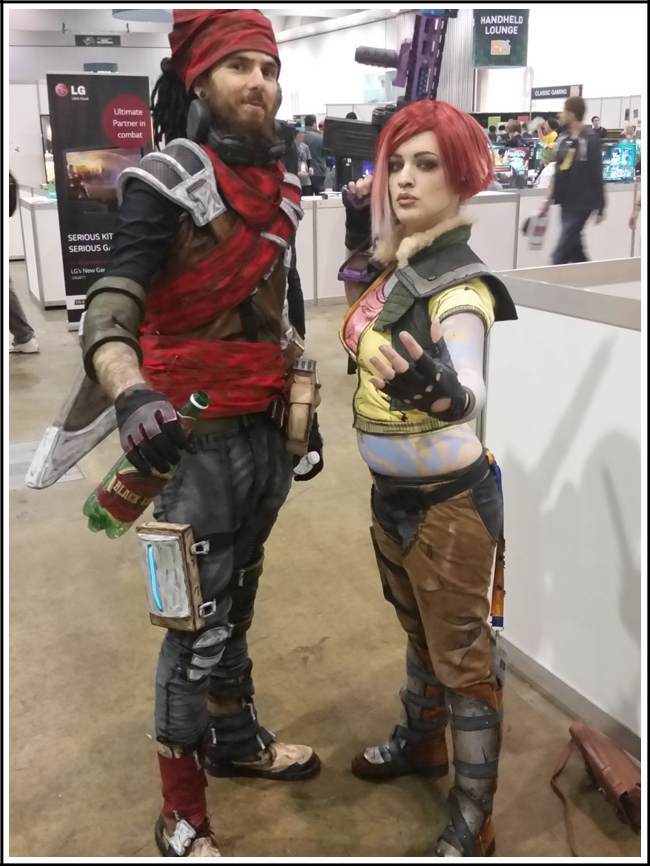 Seems to be the most common Borderlands pairing. These guys would love it if you checked out their Facebook page. 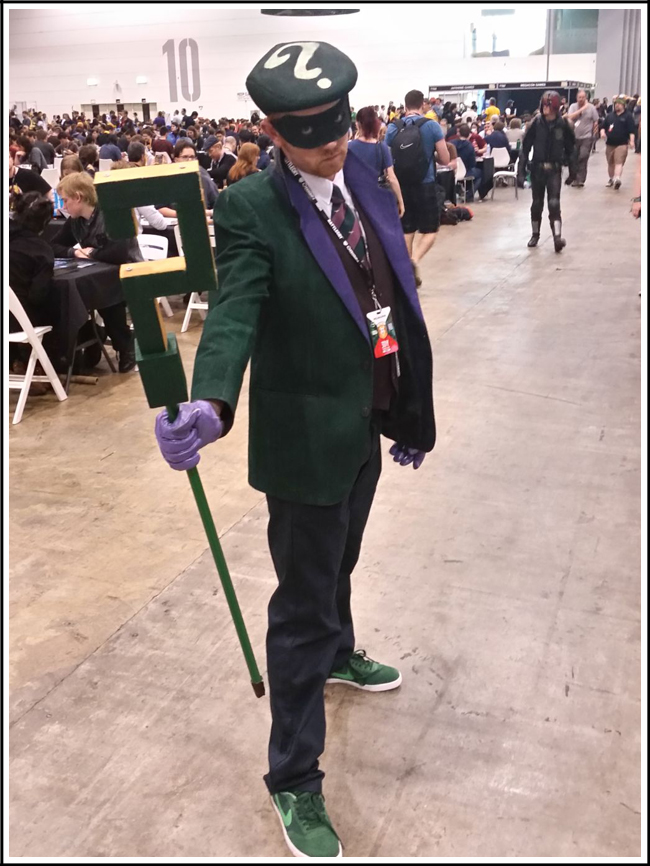 I asked this guy where the bathroom was and he tried to tell me in riddle-form. I decided to hold it. By the way, be sure to also check out his Facebook. 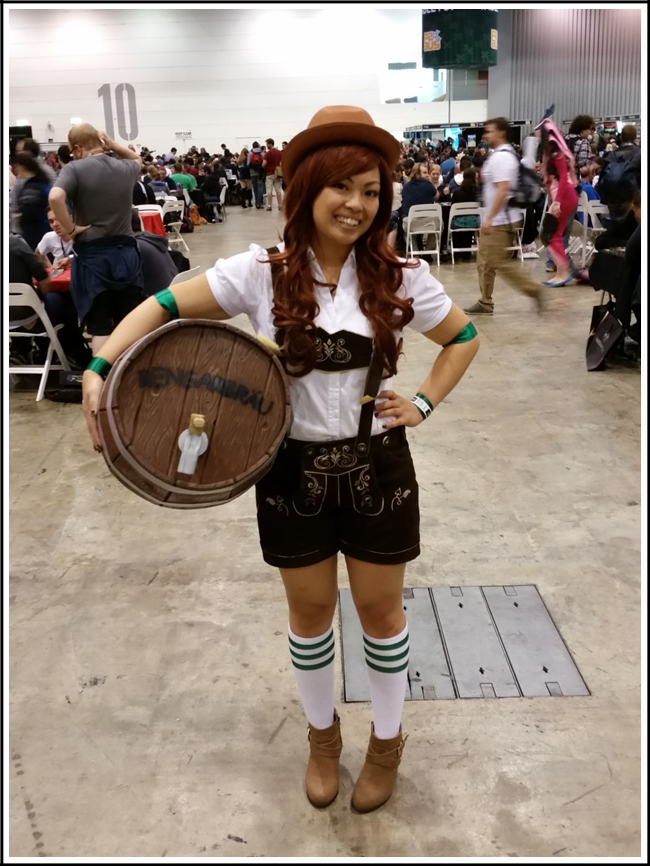 Why Female Gragas? I asked her. Why not? She replied. Why not indeed. 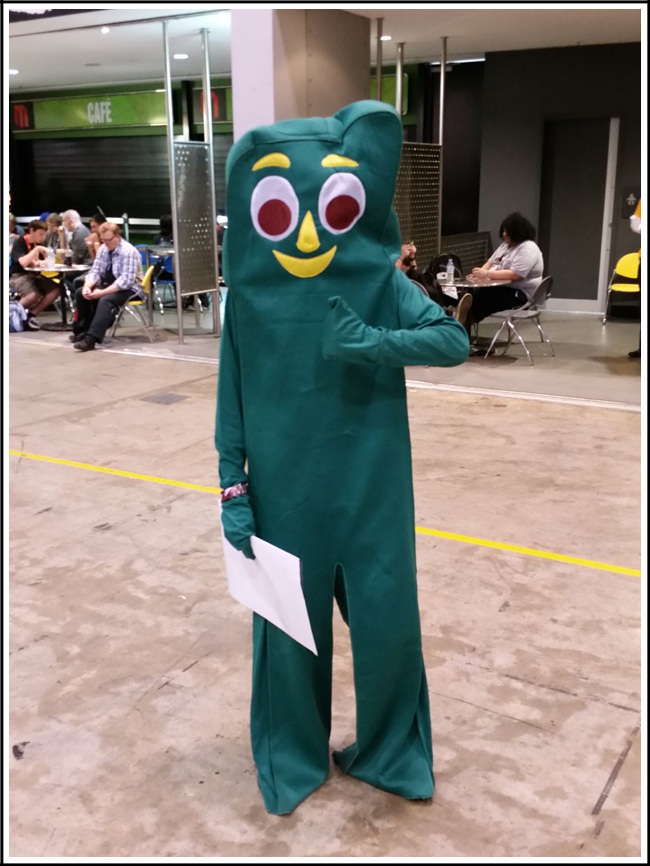 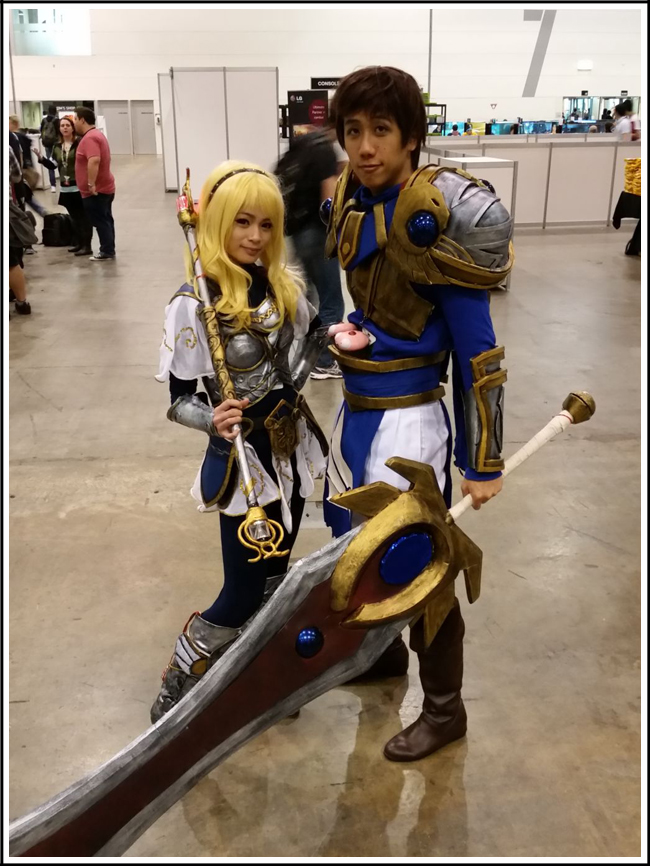 I wonder if these guys were actually brother and sister? If they were dating, it would be a bit weird. Check out their deviant art profile!

Thats all for me from the cosplay front guys! Be sure to check out the rest of my PAX Aus 2014 coverage, and stay tuned for a gallery of sights from the show floor which should come up later in the week.