Check out the best costumes that we saw at PAX Prime this year in Seattle.

Perhaps my favorite activity at gaming conventions nowadays is carrying around the trusty Panasonic Lumix camera on my right hip and whipping it out whenever I see a gamer dressed in an awesome costume. PAX Prime 2011 was no different and I saw all kinds of cosplay ranging from anime to videogames to the future girlfriend of John Finkel.

I’ll let you guess which girl I’m talking about. Without further ado, here are the best costumes that I personally saw at PAX this year. 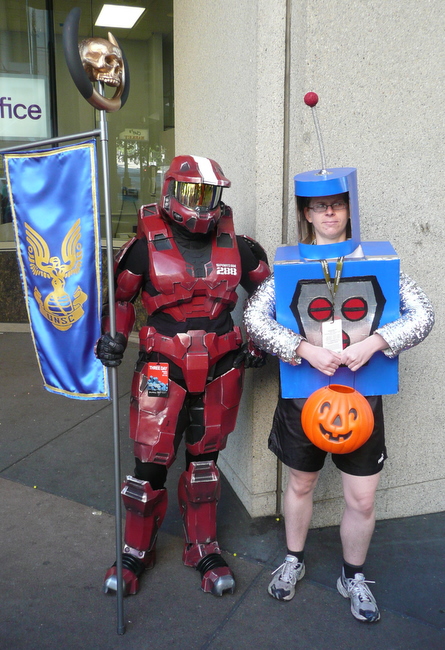 A lady Spartan and her Costume Quest pal. 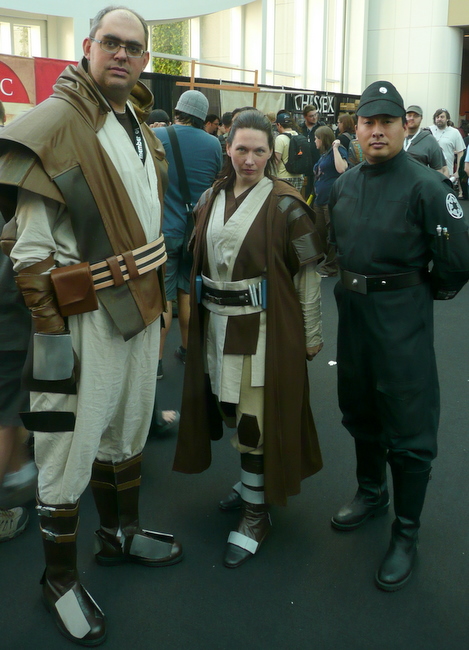 The force is strong with these folk, except for that jerk on the right. 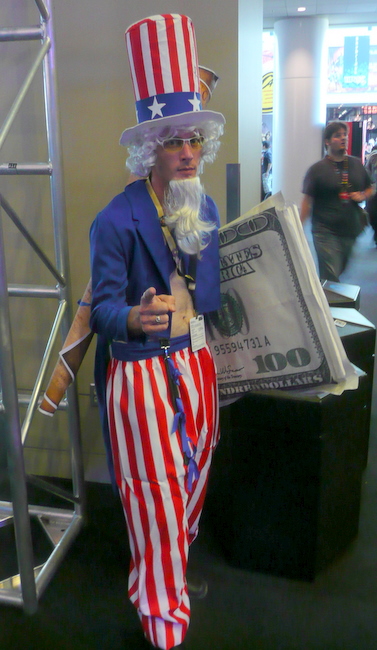 What’s that piece of trash on the steps of Congress? (Slycne tells me that this is a skin for Ryze from LoL, but i like the Schoolhouse Rock parody from Simpsons better.) 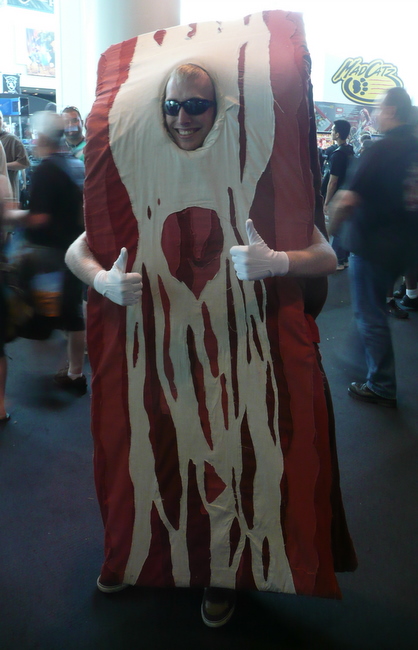 Bacon goes with everything! 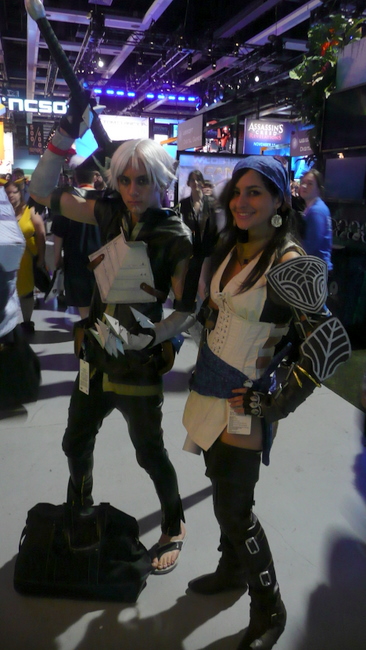 I respect the DA2 love. *hides* 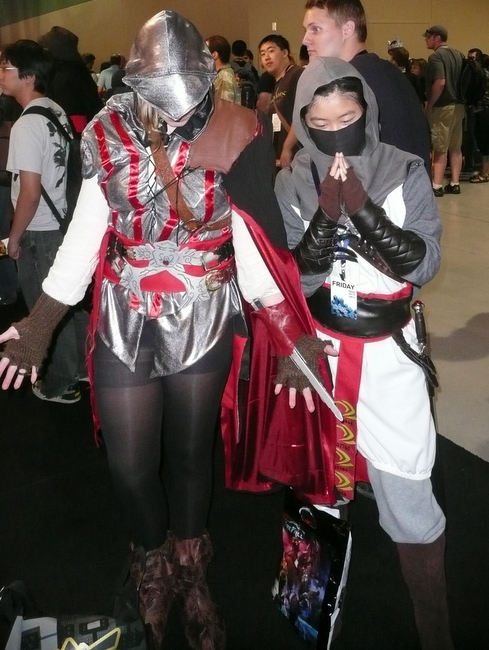 It’s in the Assassin’s Creed to bow deeply to the camera. (You know, to hide the face.) 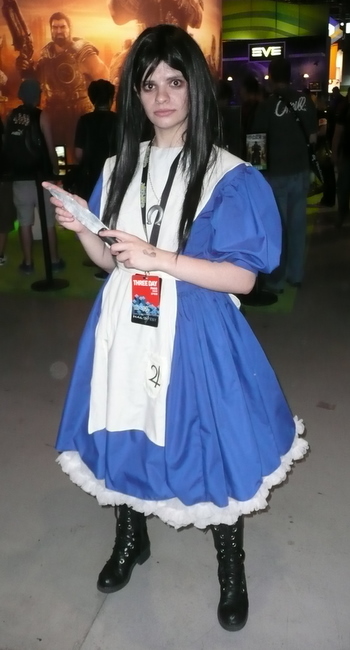 That is one creepy Alice.

At first I thought this was a version of Link, but the golden armor doesn’t fit. 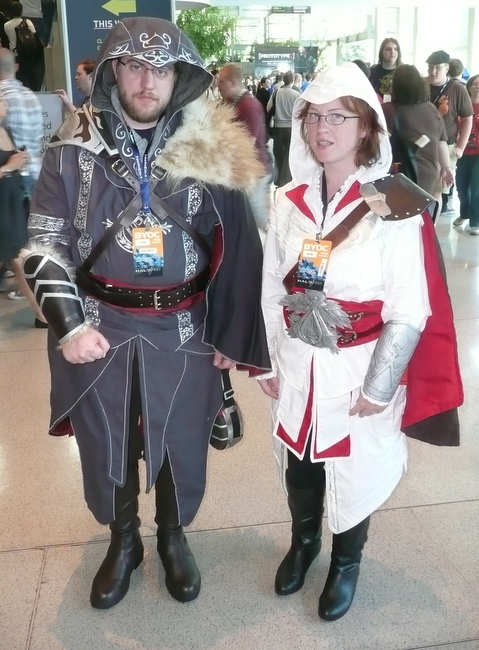 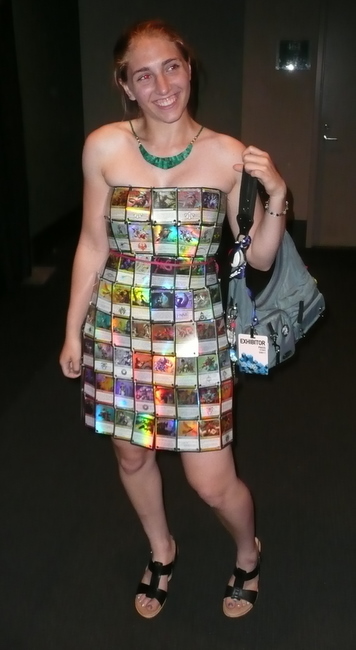 I think I found a date for Jon Finkel.

This is Ulala reporting for Spaaaaaaace Channel 5!

You are in command now, Admiral Piett. 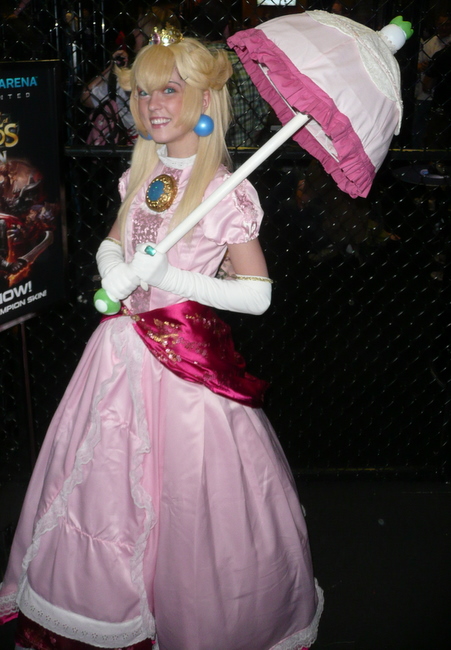 I know Mario-themed cosplay is an easy choice, but this Princess Peach was pretty damn good.

The eyes, don’t look at the eyes. Or the butterflies. 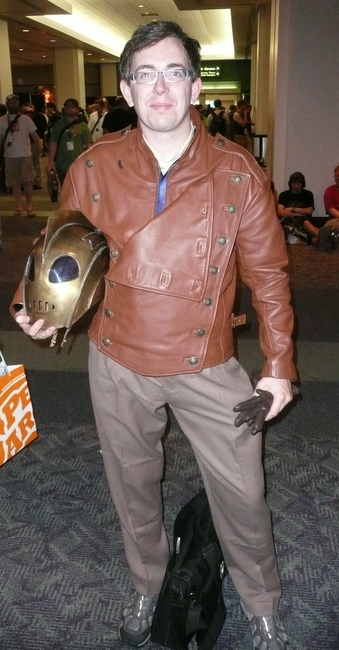 I loved this Rocketeer. 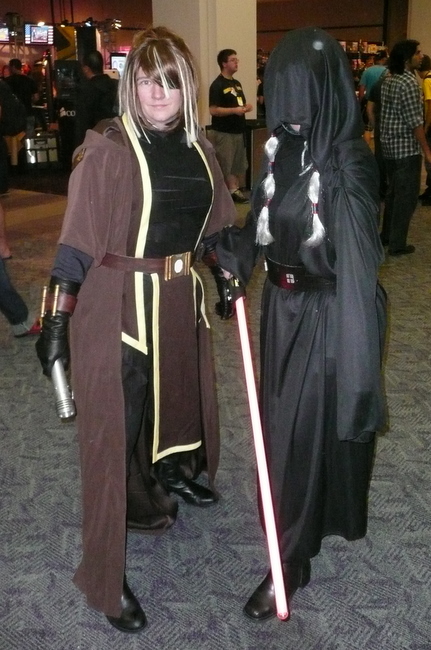 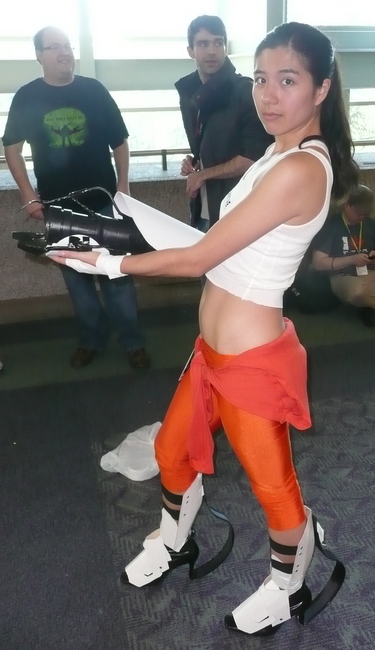 There were many Chells at PAX but this one was by far the best one. 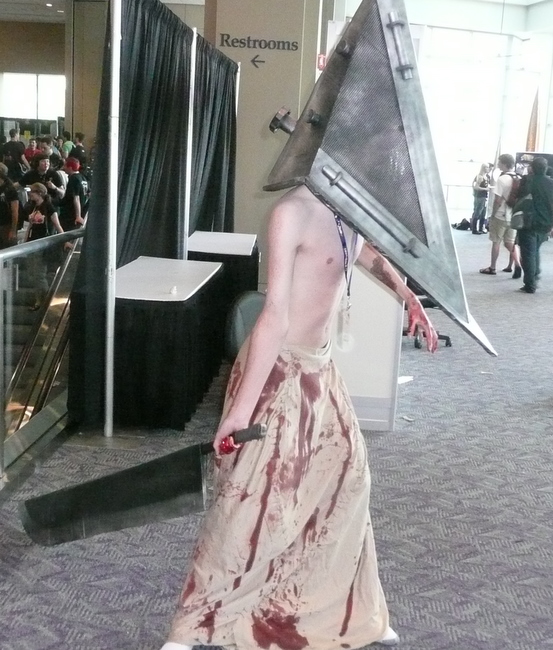 Whoa, this is Heavy.

Would you want a Kiss-o-gram from this Amy Pond? 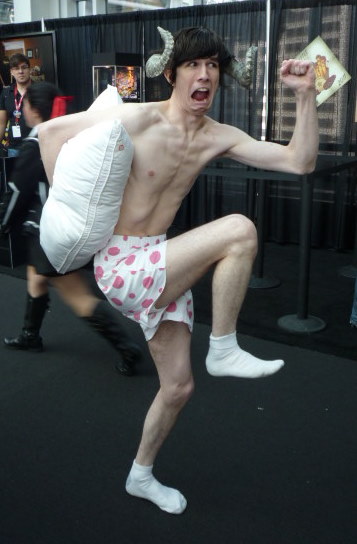 Run, Vincent. While you still can! 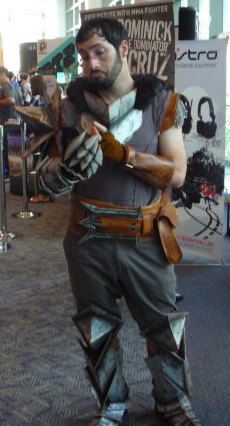 Hawke takes a break from saving Kirkwall to check his email. 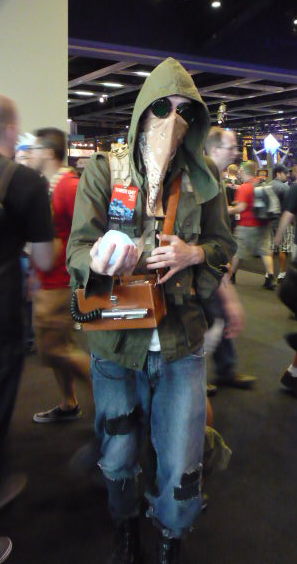 The rock, it glows. 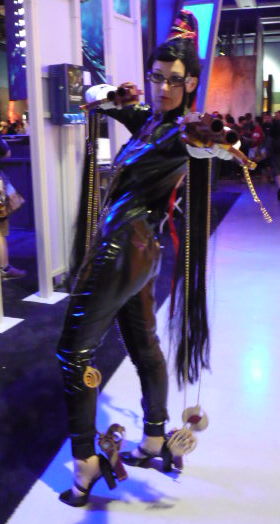 Bayonetta may be a bit blurry but her awesome is totally focused. 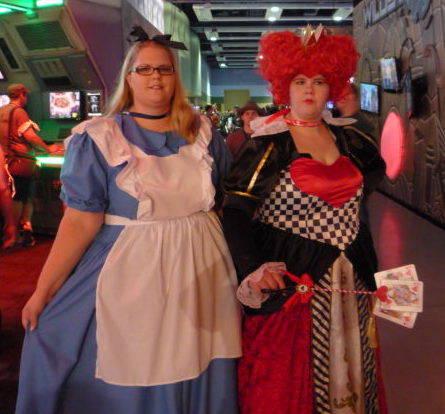 I love the themed Alice and Queen of Hearts. 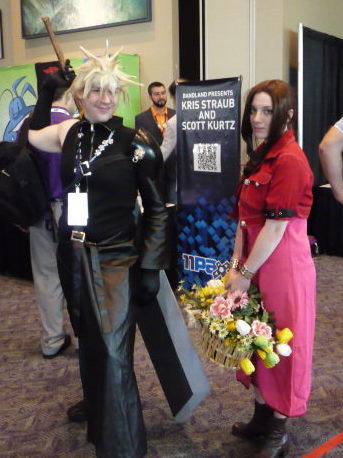 Spoiler Alert: Aerith is totally not happy with this picture being taken. 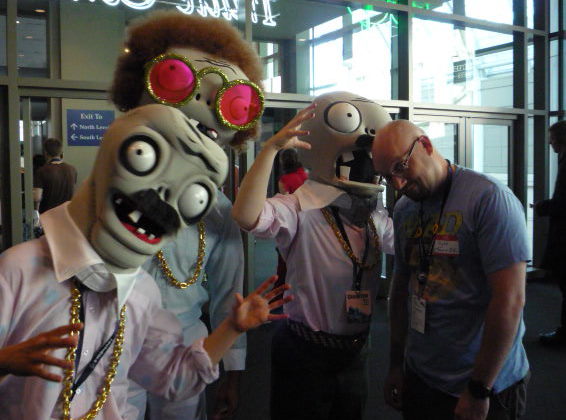 Russ Pitts knows better than to offer his cranium to zombies like that. 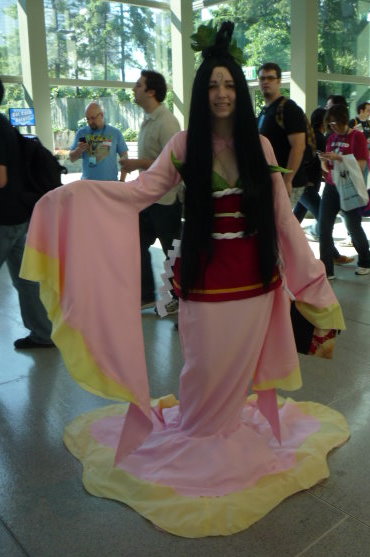 The skirt has a hoop so she can pick up the skirt when she wants to walk (I asked). 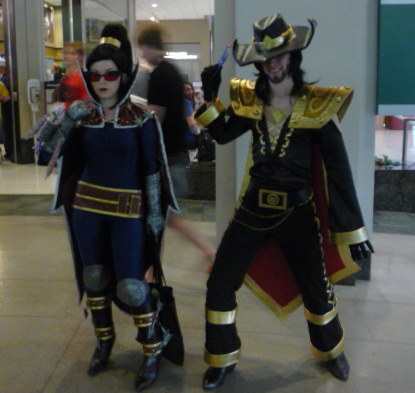 What’s cooler – her shades or his hat?

Hunt Ghosts With Your 3DS in Fatal Frame Spinoff