Cosplayers strut their stuff at PAX Prime in Seattle.

Day two of PAX Prime is in the bag, and the cosplayers really elevated their game. Some of the costumes bent the laws of physics with their massive size, while others were so infinitesimally small that they would have made Larry Flynt nervous.

Here are the most impressive pieces of cosplay mastery that PAX Prime 2014 has to offer. 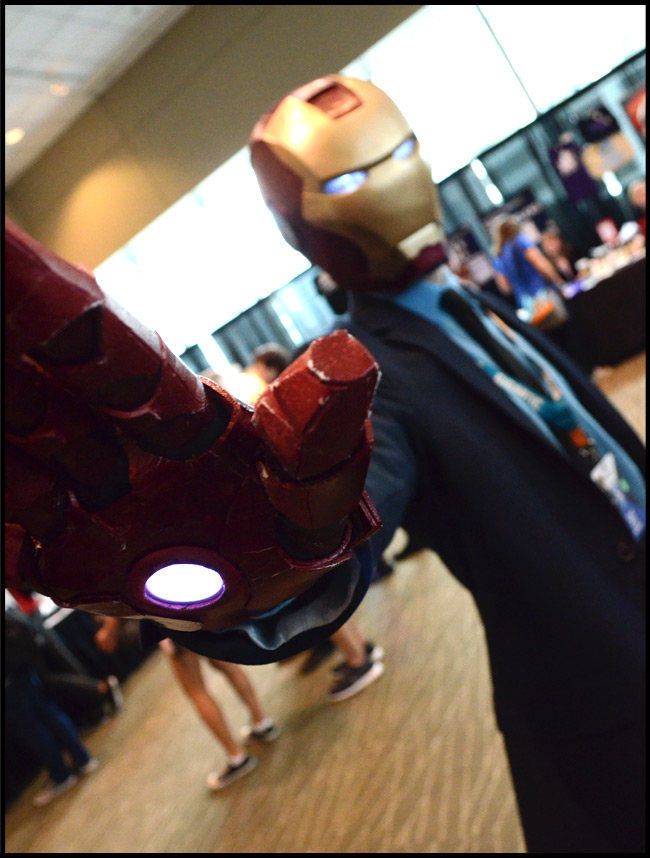 Morris originally planned to construct a fully functional Iron Man suit, complete with a motorized facemask, but ran out of time before PAX Prime. Instead, he opted for a more urbane interpretation.

This is the Iron Man that I expect to see on the dance floor. 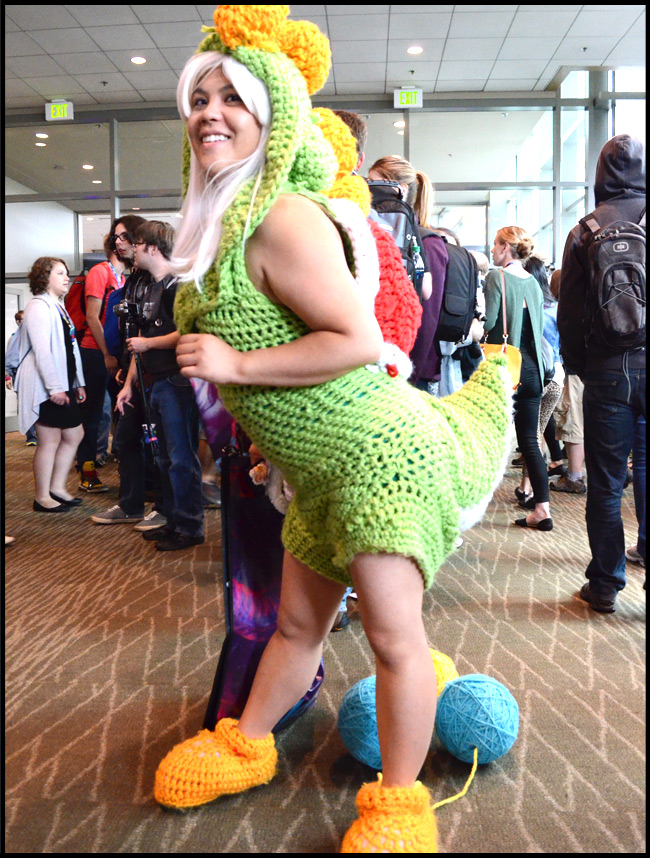 How would you spend 35 hours? Rewatching season two of Prison Break on Netflix? You make really bad decisions. 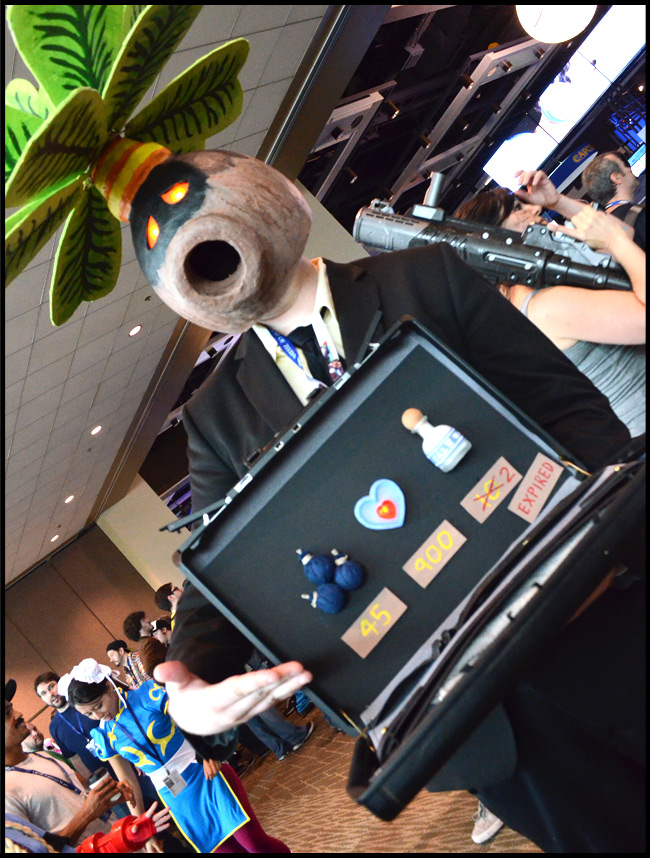 In the Legend of Zelda series, Dekus didn’t really care about clothes, opting instead for tree leaves. But this one is ready for his big job interview. 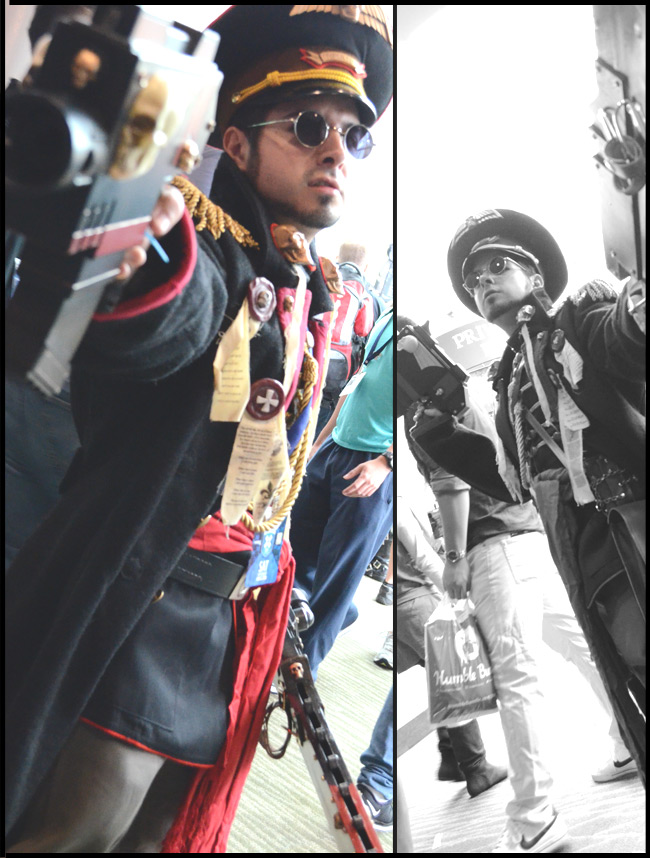 No one can strike a contemptuous pose like Wyatt. This dude is going to be a super scary parent.

Check out his main Tumblr profile, or his Commissar Blog. 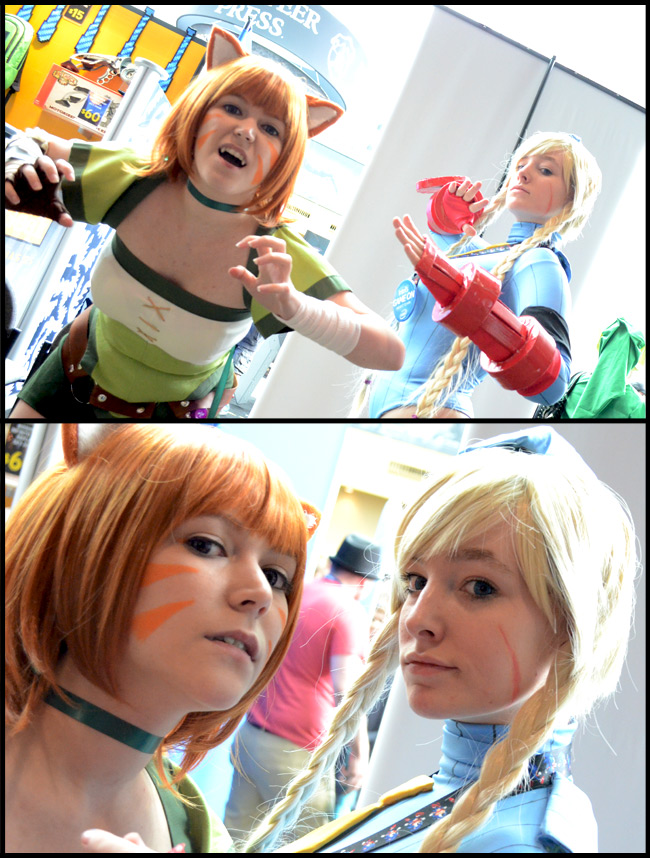 “We just try to select characters that we look up to,” Alecsy told me. “And these have always been important to us.” 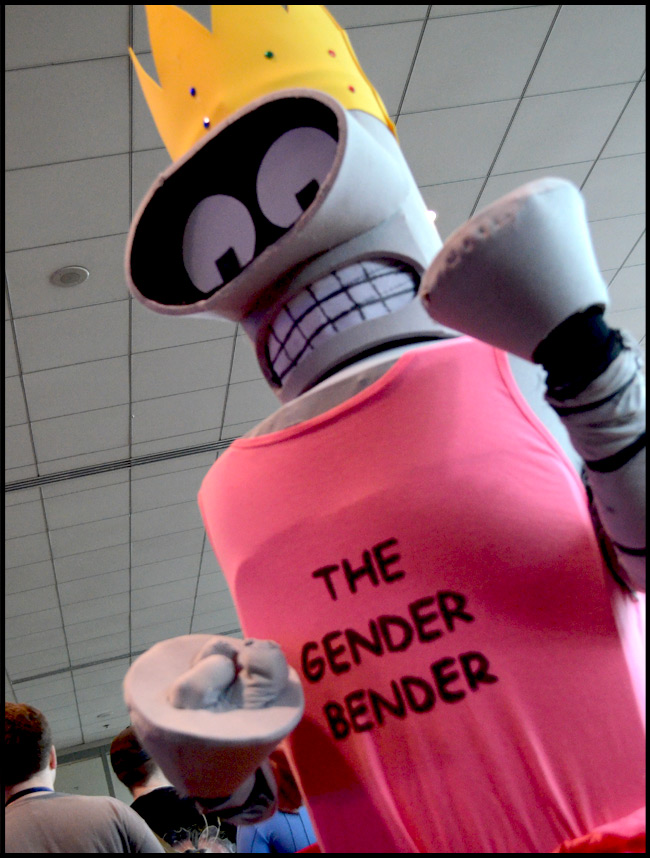 A good bender costume is all about the accessories, and Andrew McWilliams knows this. Obviously. 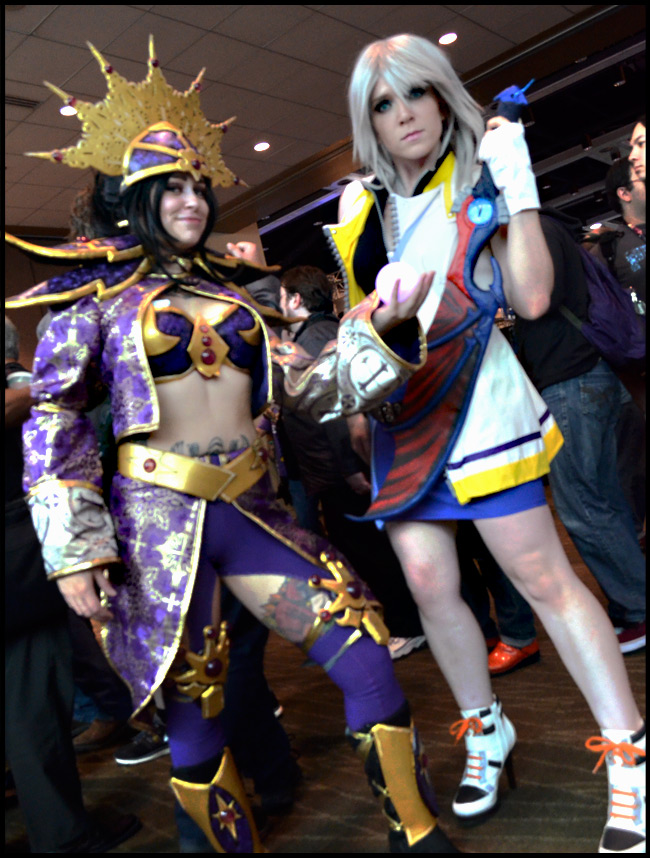 Mel and Jina thought it was funny when I almost fell over while taking this picture, so I should be angry with them. But I can’t hold a grudge. Their costumes are too good. 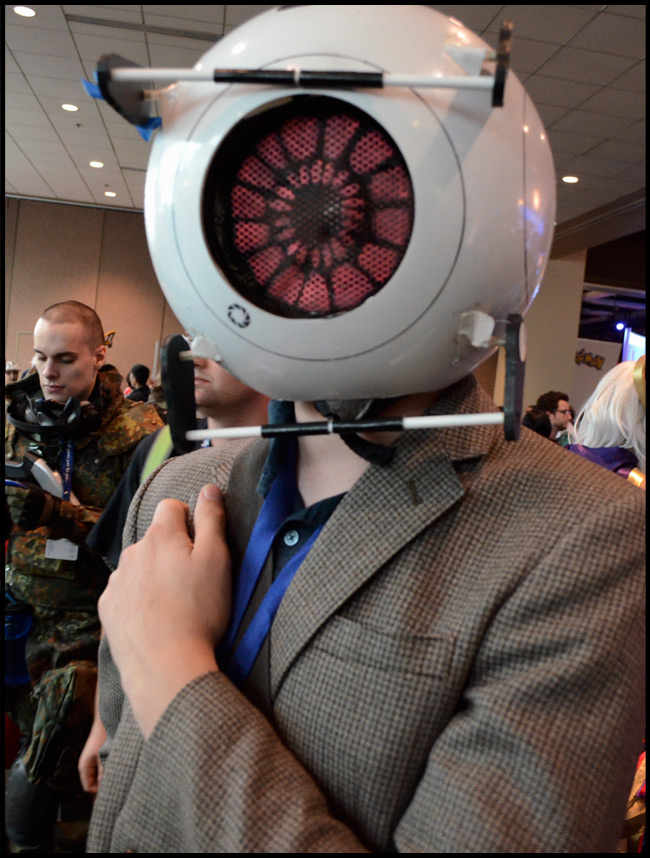 The Fact Sphere paid a visit to Iron Man’s tailor. 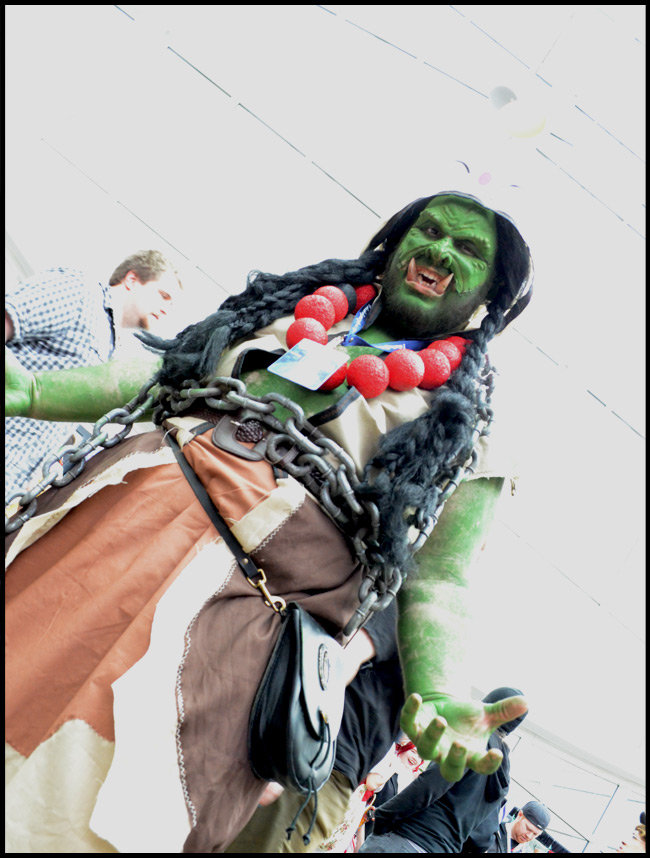 Keith D. Evans as Thrall from World of Warcraft

During our conversation, Keith admitted that he has a fetish for orcs. So, obviously, I had to ask if he was sexually attracted to himself at the moment. He took the plastic fangs out of his mouth and grinned. “A little bit,” he said. 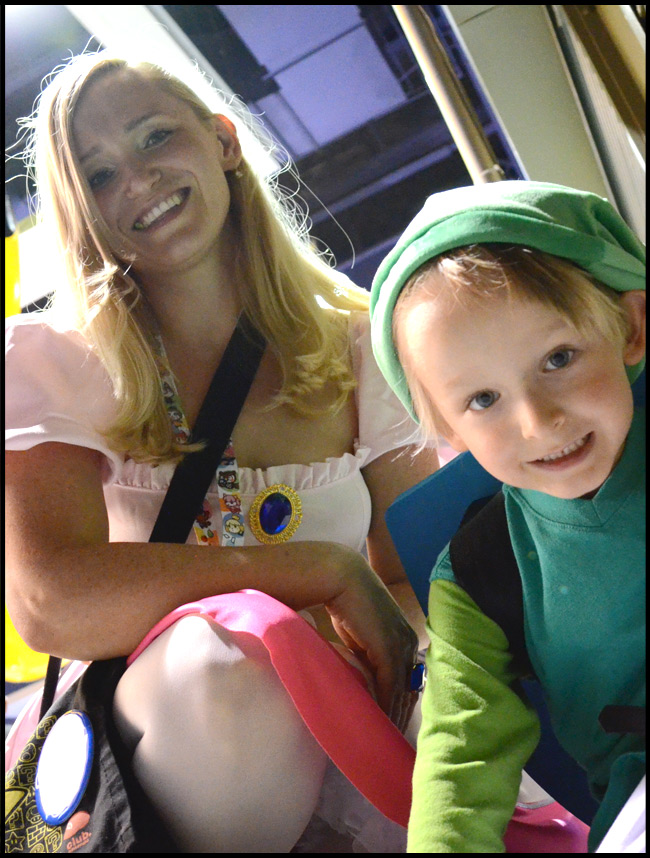 Lucian and Breezy Maxim as Link and Princess Peach

Lucian was a little frustrated that his parents hadn’t equipped him with an extra-pointy sword, but he was instantly ready with a heroic pose when I asked him for a picture. 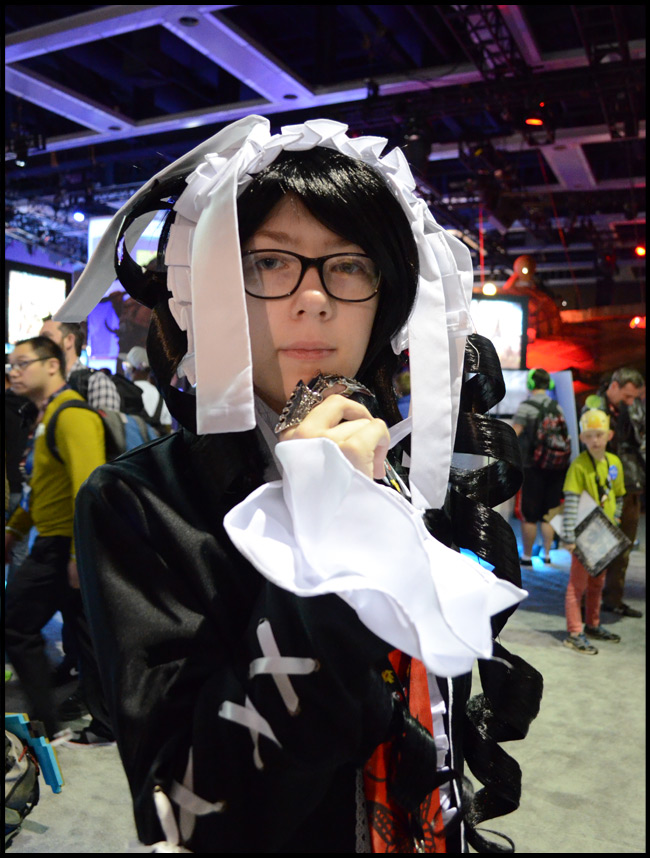 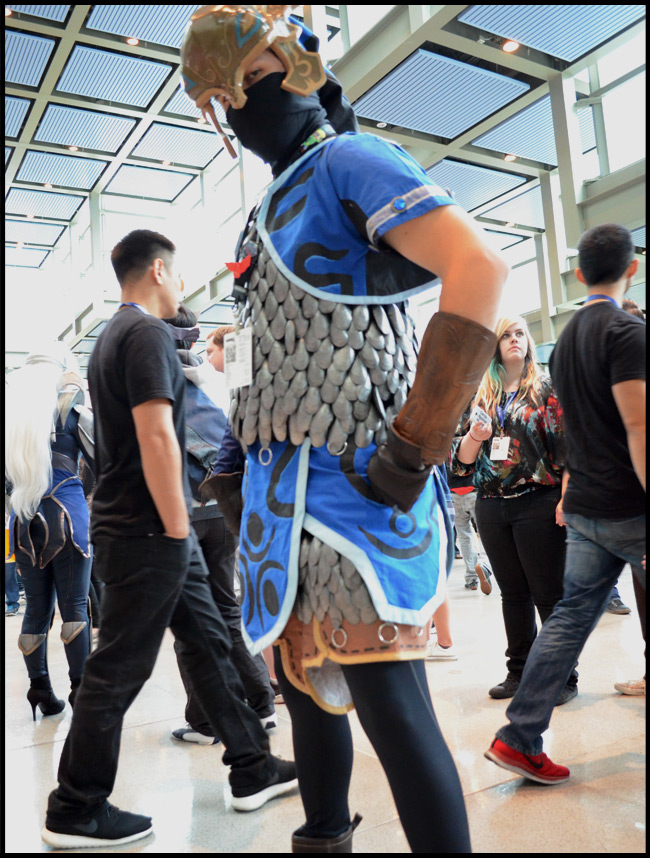 Aaron spent a ridiculous amount of time on this costume. Each shell was individually made and sewn into the armor. The process took over a year, and the attention to detail is intense. 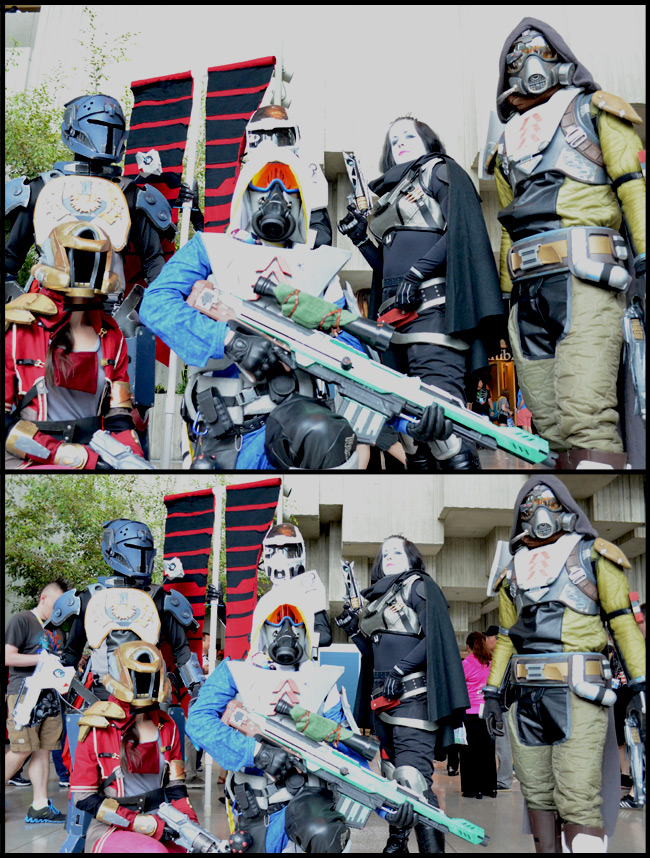 Several members of this crew were Bungie employees who enjoy the game so much that they cosplay Destiny on the weekends. They even used Bungie’s models to create 3D printed versions of the in-game weapons. Well, color me jealous. 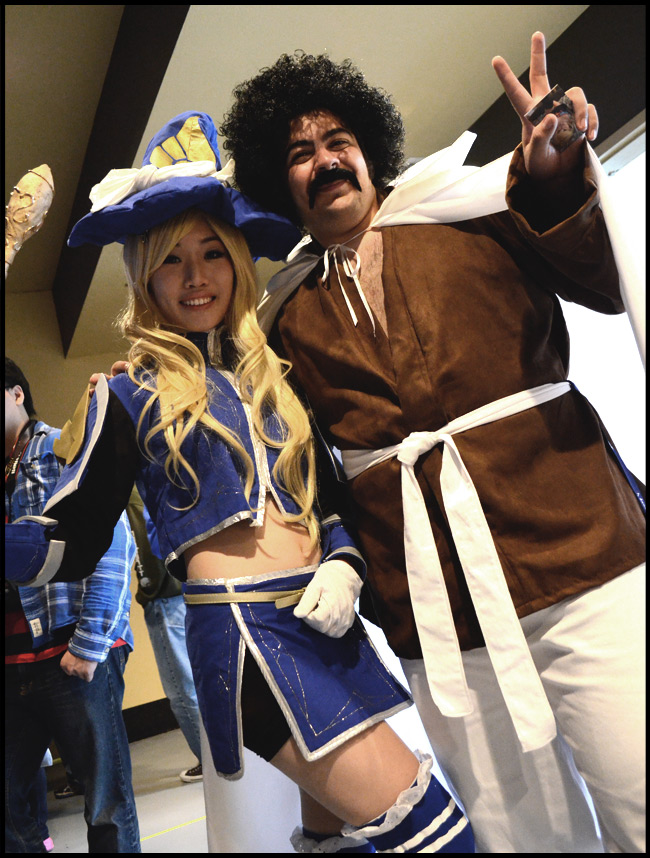 Right after we took this shot, Azalea squealed and ran away to exchange hugs with a group of friends, but she returned, apologized for her emotional outburst, and we cordially shook hands. 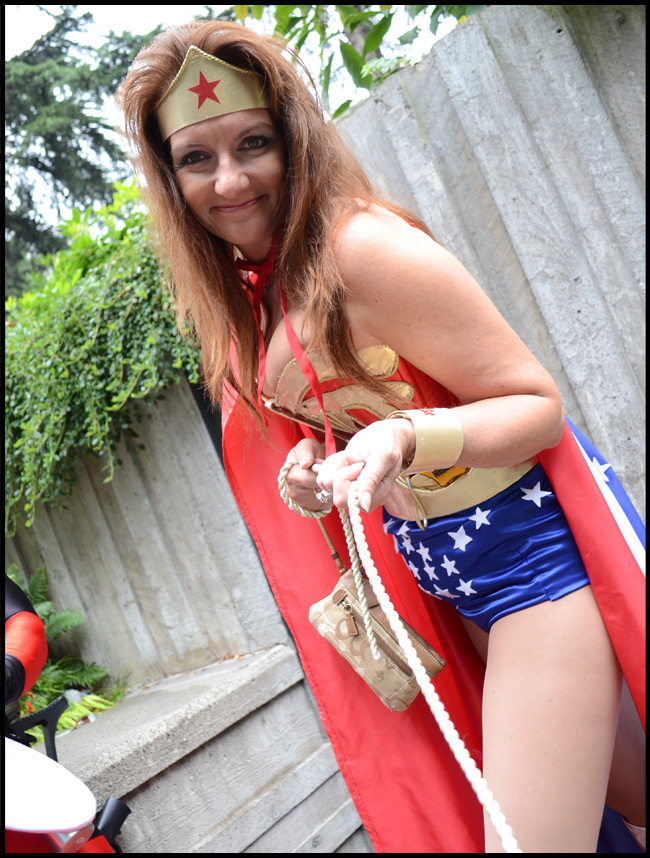 Wonder Woman threw her lasso around me just before we took this picture. I could barely stop giggling for long enough to focus the camera. 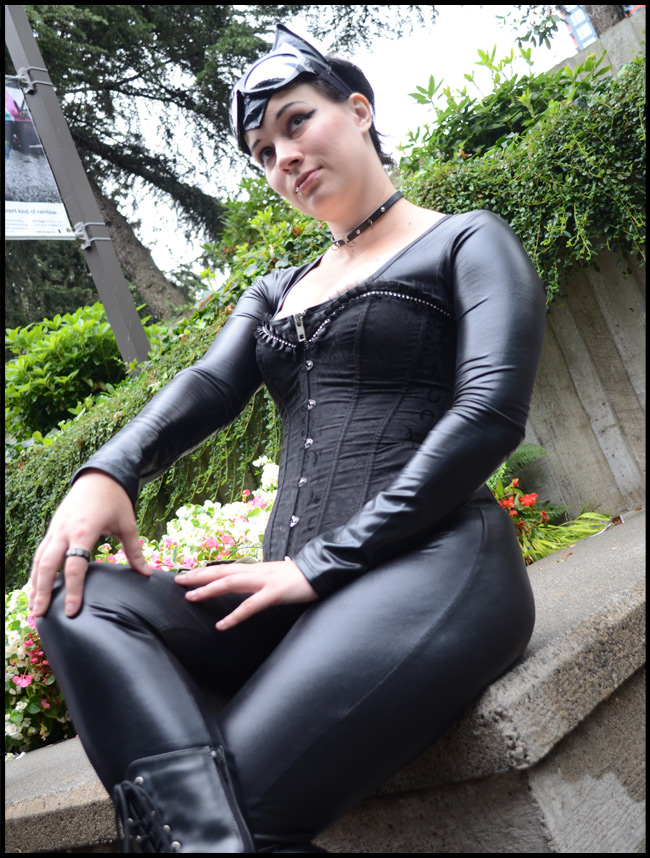 Catwoman leaned back in her invisible easy chair and wondered how her life would have been different if black spandex had never been invented.

Check out Karissa’s other costumes over on her Facebook Page. 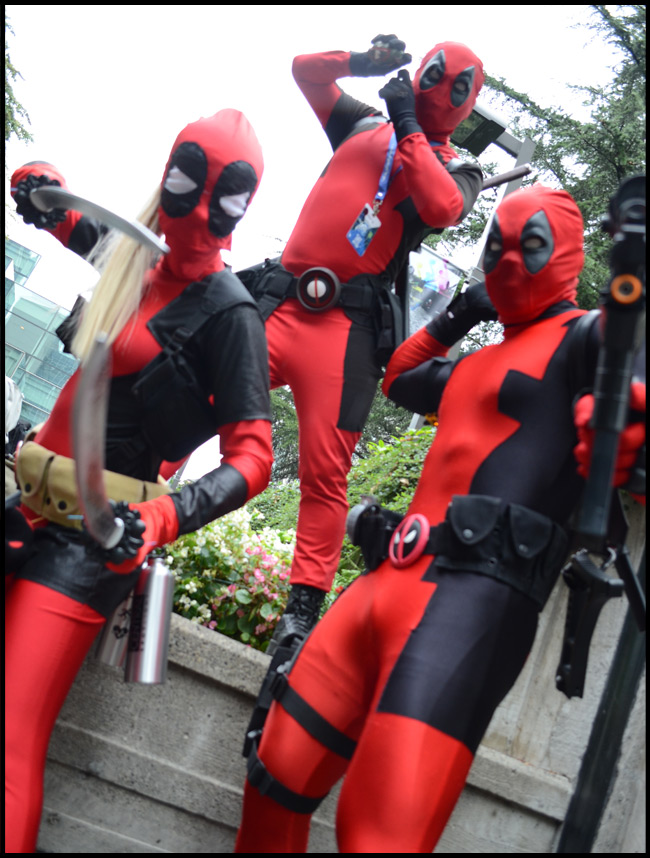 There were at least two other Deadpools in the area when this photo was taken, and I heard a rumor that as many as seven are at the convention. 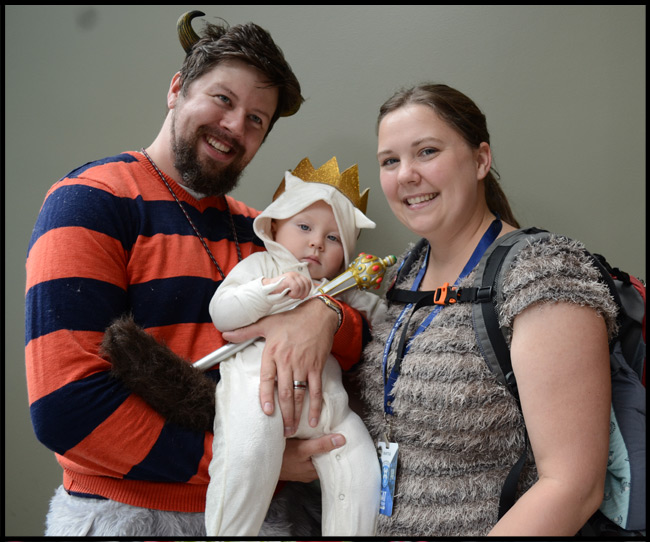 Where the Wild Things Are by Finnegan, Jake, and Kelly Case

Meet the most adorable family at PAX. Finnegan isn’t even a year old yet, and he’s already got some major league cosplay chops. 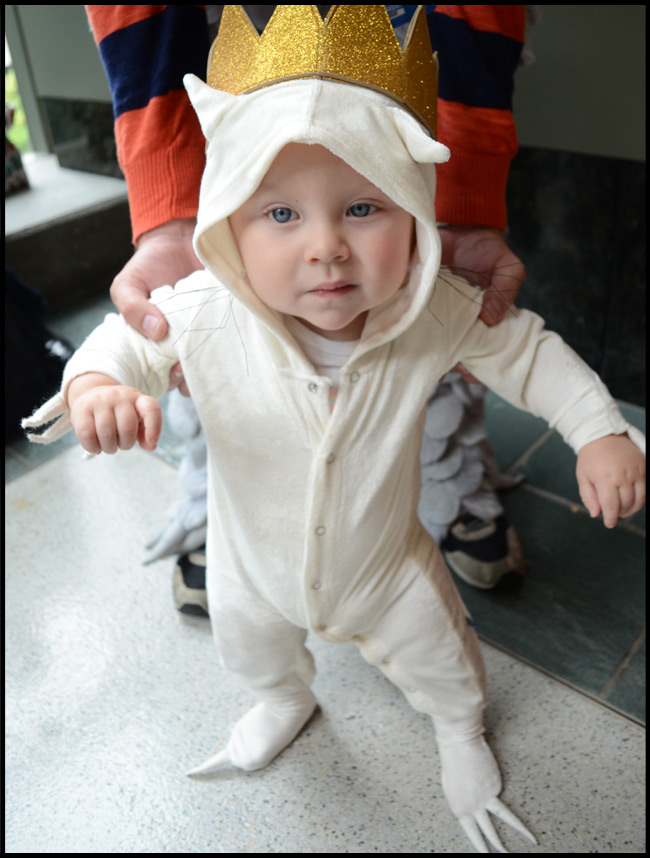 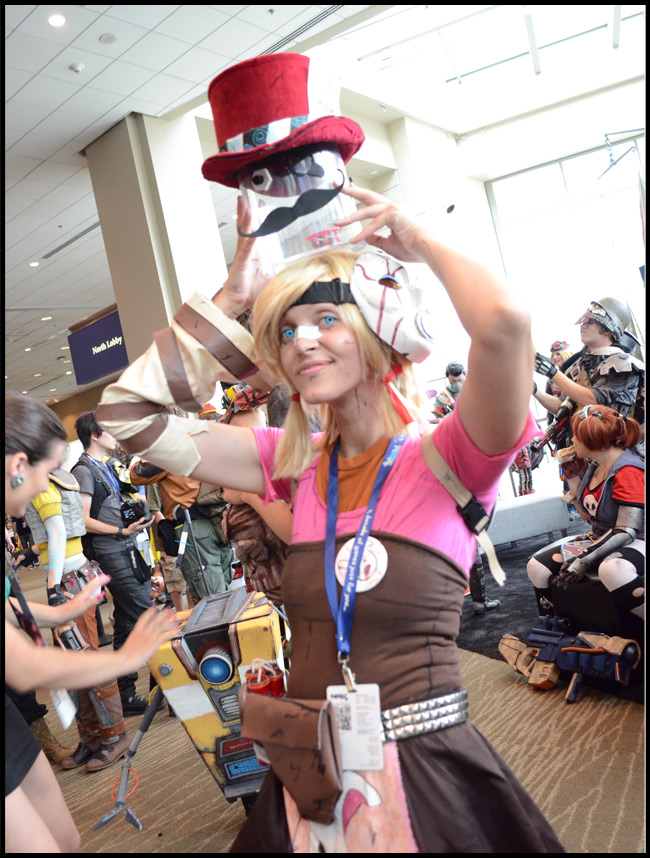 Sarah Stevenson lives in he Borderlands

A large group of Borderlands cosplayers setup camp around Claptrap, but, in my opinion, there were too few butt stallions. 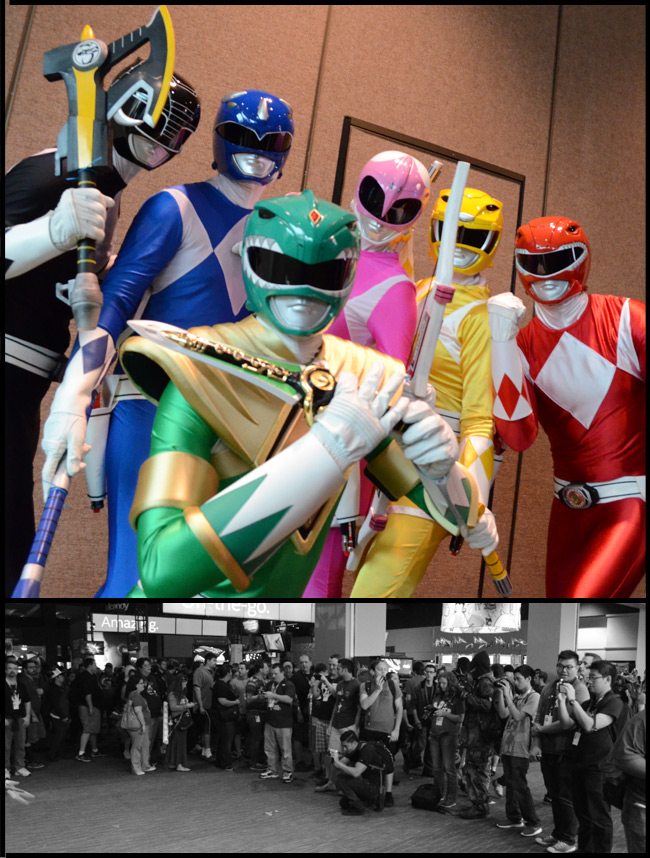 The crowd that formed around this crew was unreal (you can see part of it in the bottom of the image). PAX basically stood still for a few minutes while the Power Rangers did their thing.