A gigantic chunk of the cosplayers at PAX Prime are decked out in League of Legends gear. Here are some of our favorites.

The LCS North American Regionals are being held at the Washington Convention Center during PAX Prime, which means that the show floor is packed to the rafters with League of Legends super fans. During the matches, most of these fans funnel in to the main theater and cheer excitedly, like over-stimulated toddlers. But some are content to hang out in the lobby, posing for pictures in their League of Legends costumes.

It’s hard to tell which of these groups is more devoted. But judging from these pictures, I suspect the latter. 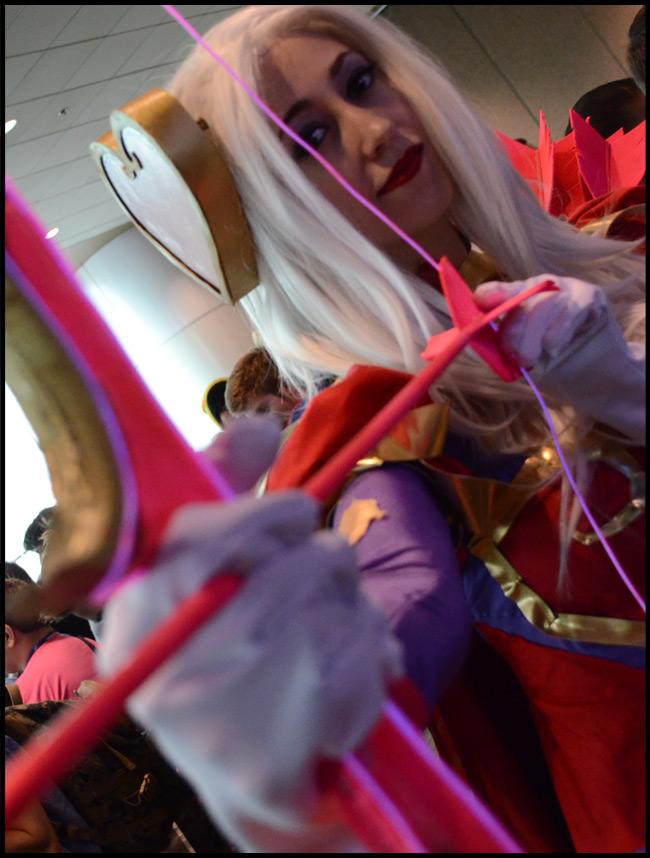 I get the feeling that Morgan’s bow could do some actual damage, and she had a semi-terrifying smirk on her face as she aimed it at my camera/head. 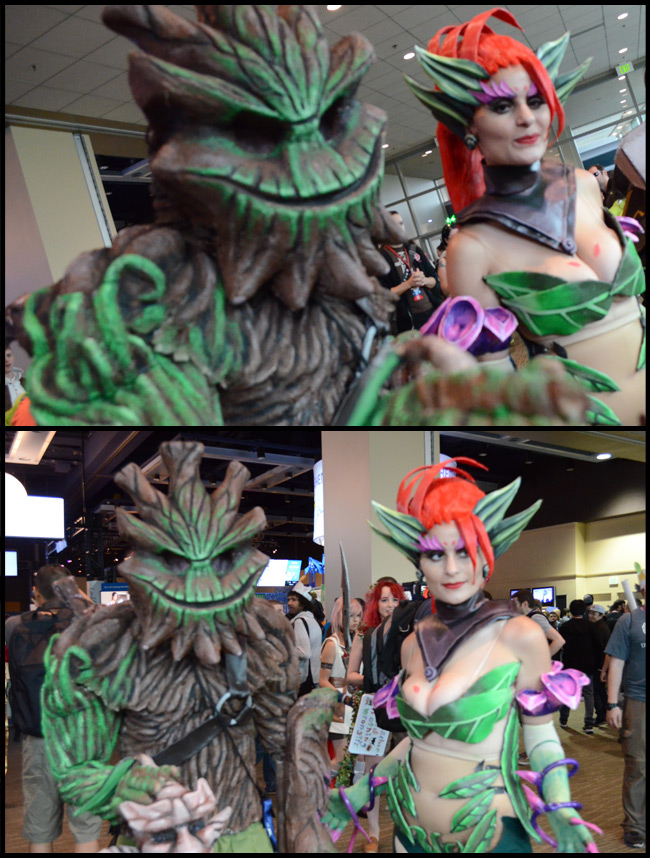 The folks at Black & Nobo Cosplay don’t mess around with their costumes. These were some of the most ambitious getups on the show floor. 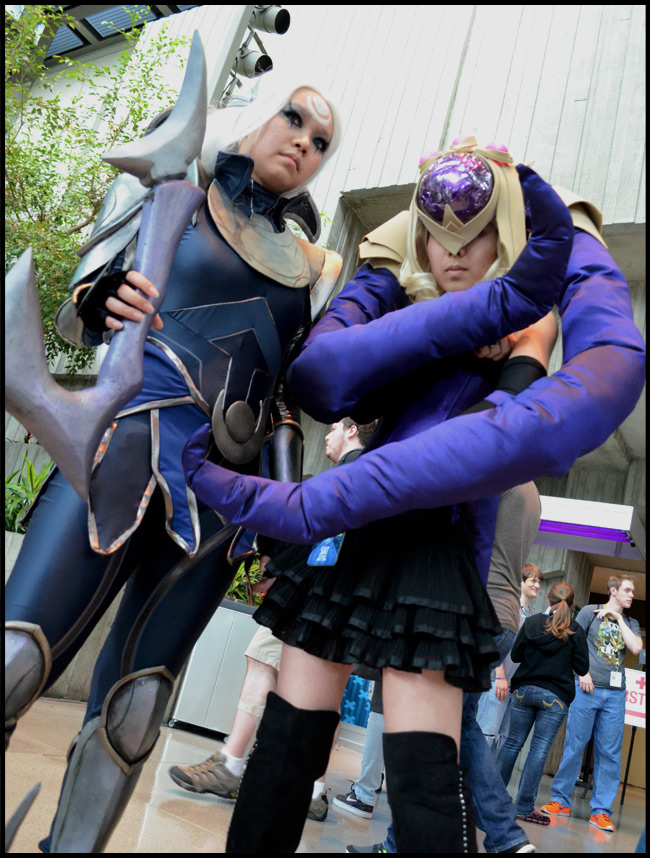 Mashiro’s commitment to her Vel’koz costume came at the expense of her eyesight. The mask obscured her vision so thoroughly, that Diana was leading her around the convention center like someone who had just been maced by the Ferguson police. 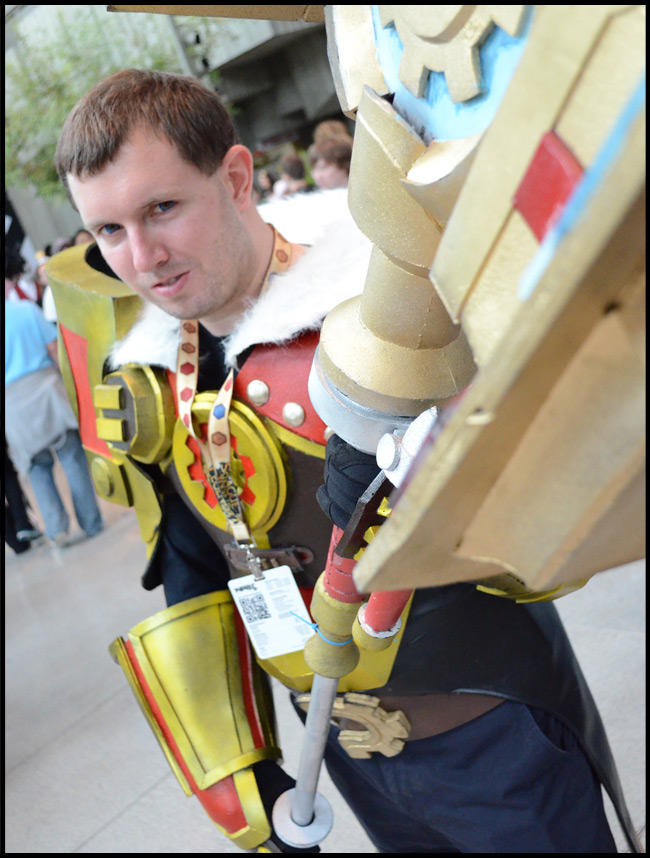 Paul is a man of few words, but is cosplay skills are off the chain. Also, remember when people used to say “off the chain”? 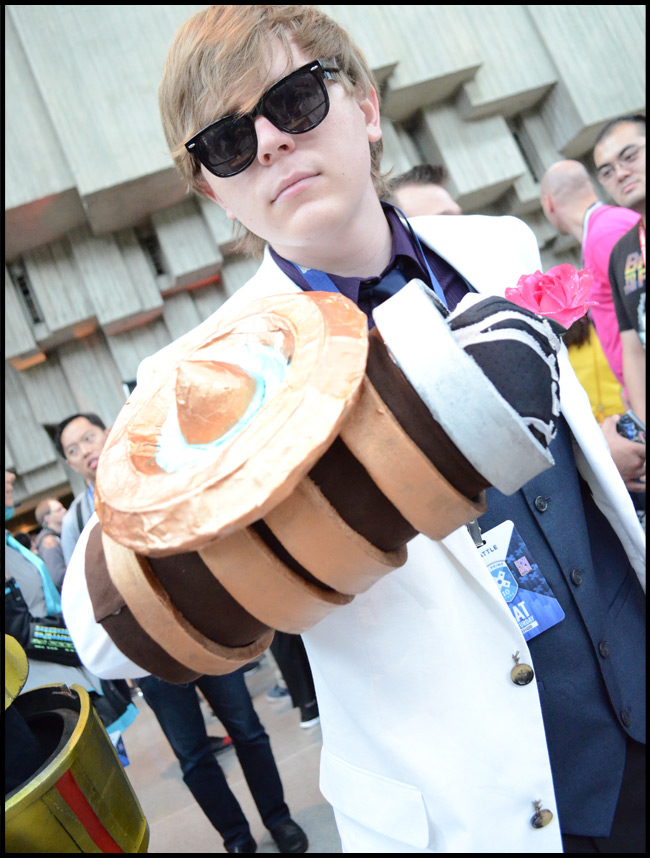 Ezreal is cool and everything, but I think we can all agree that he’s cooler in a white blazer and Billy Joel’s sunglasses. 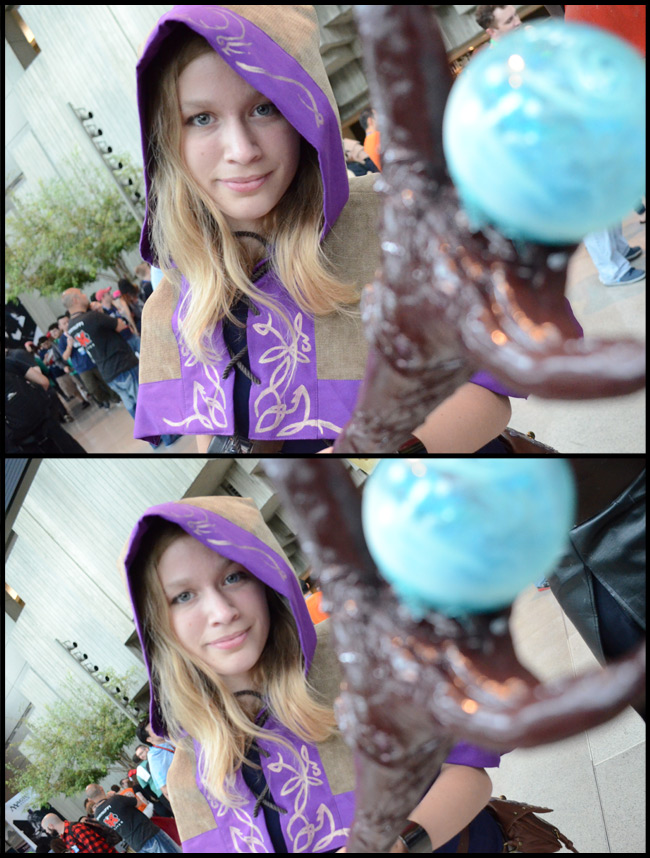 Jacqueline was far too humble when I asked about her costume. She killed it. 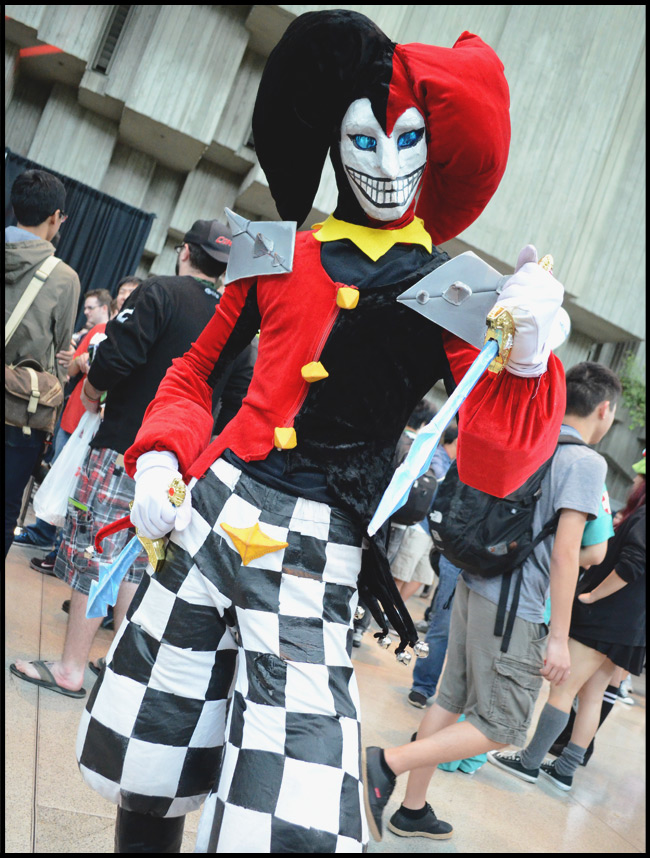 Shaco is a scary dude, and Andrew’s costume is impressive. But, I can’t help but wonder why the League of Legends design team decided to incorporate a huge, yellow crotch diamond. Can anyone help me? 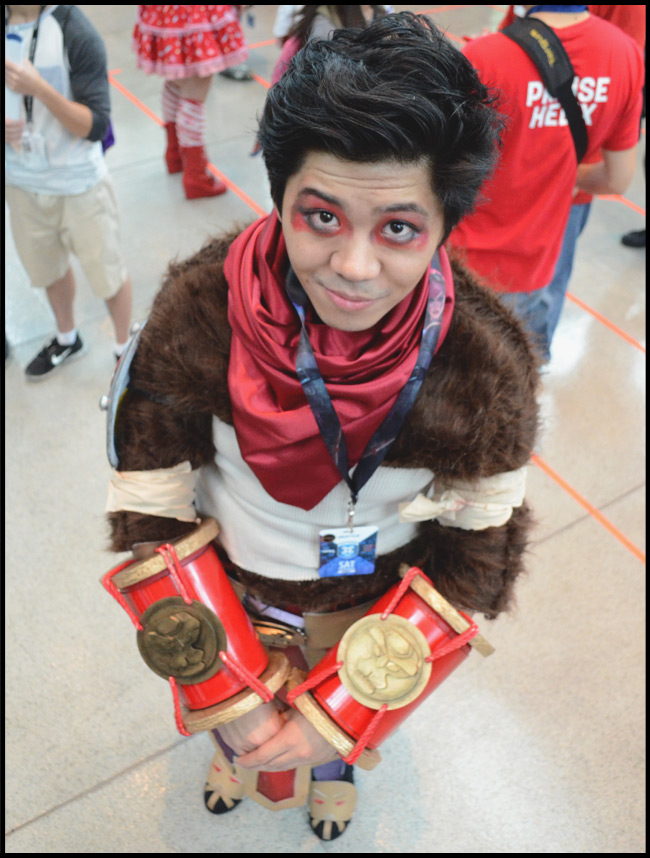 Patrick Castillo is absolutely crushing it in the hairdo department. I wonder how many blow dryers he owns. 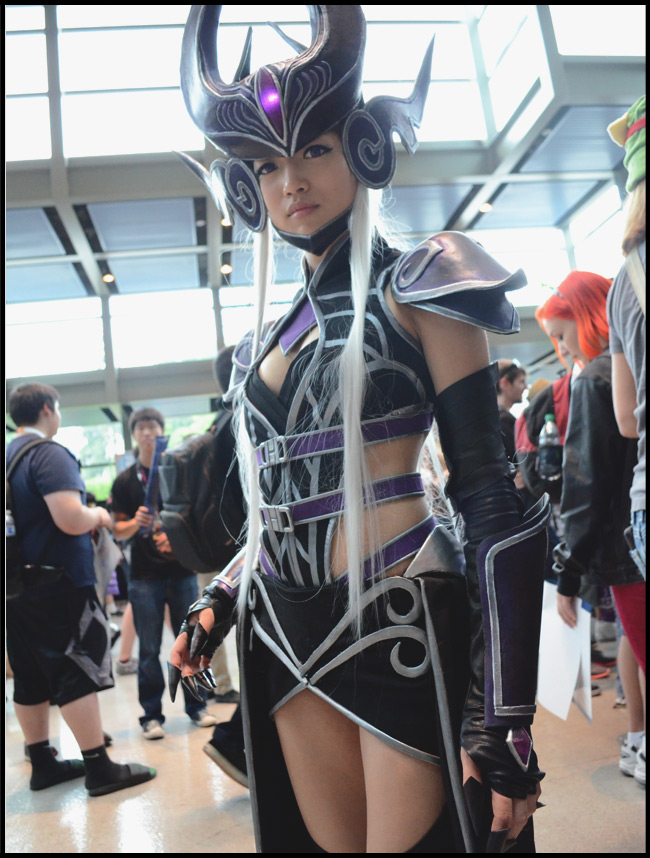 Believe it or not, this is Erica’s very first attempt at cosplay. I think she has a knack for it. 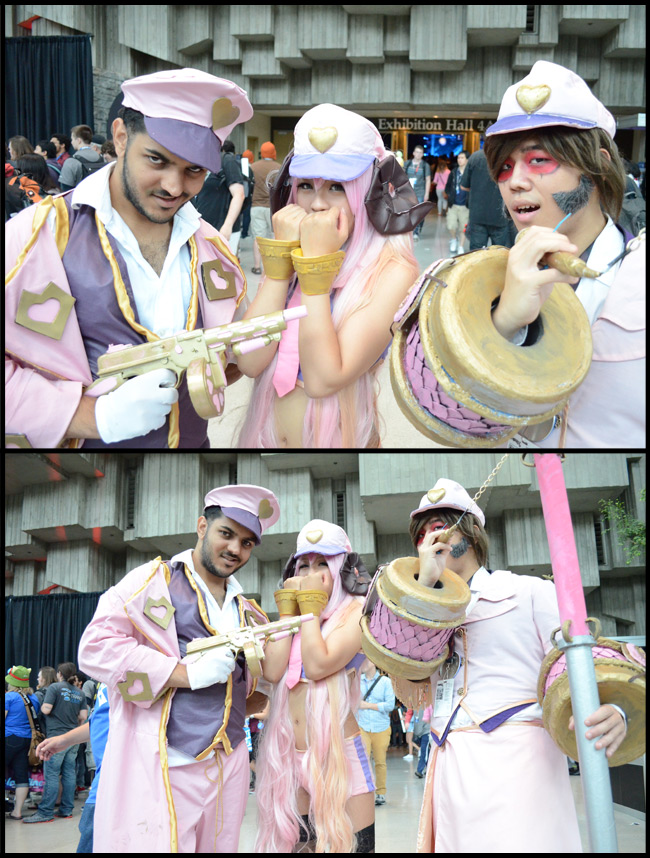 This crew has obviously been watching American Idol while simultaneously playing League of Legends. 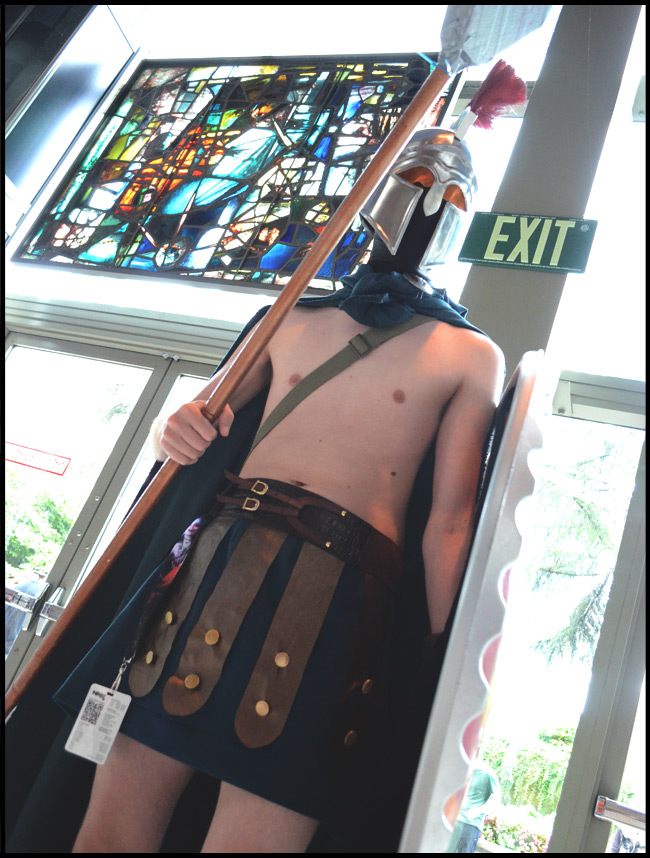 Ryan didn’t specifically tell me that he created this costume so that he wouldn’t have to wear a shirt at PAX, but I could tell. 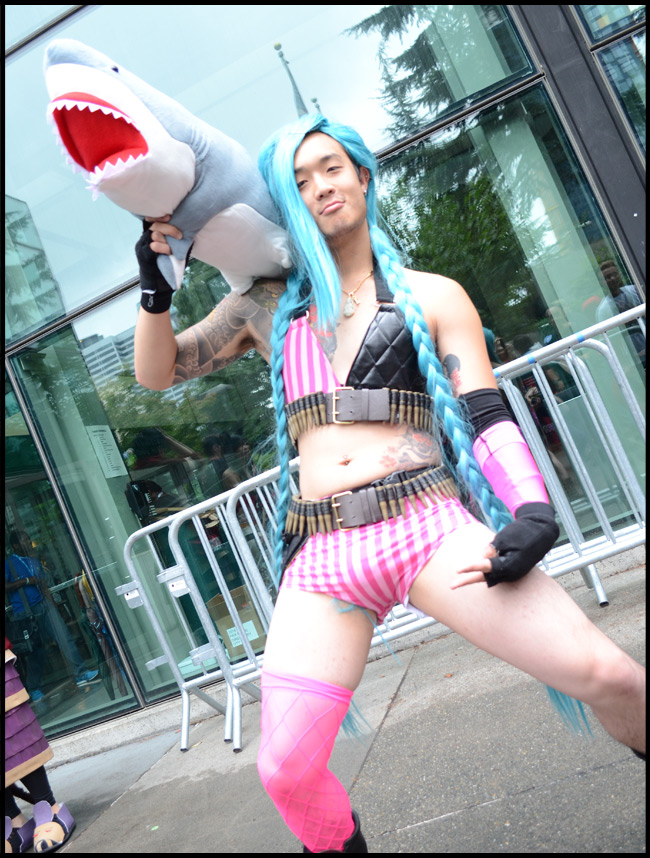 Soak it in, people. This is what PAX is all about. 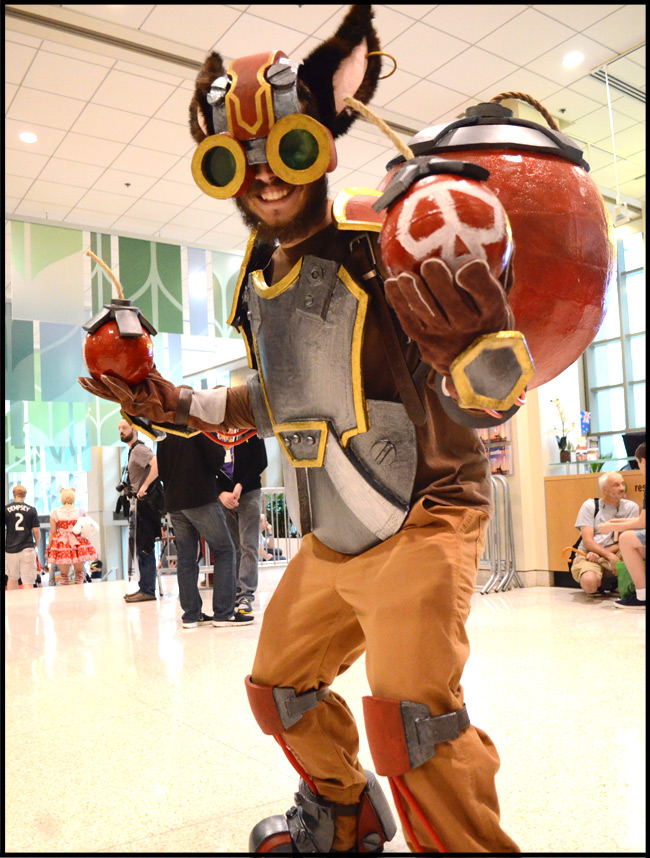 Adam’s hernia-inducing Ziggs getup was a huge hit, and his beard is made of real facial hair. 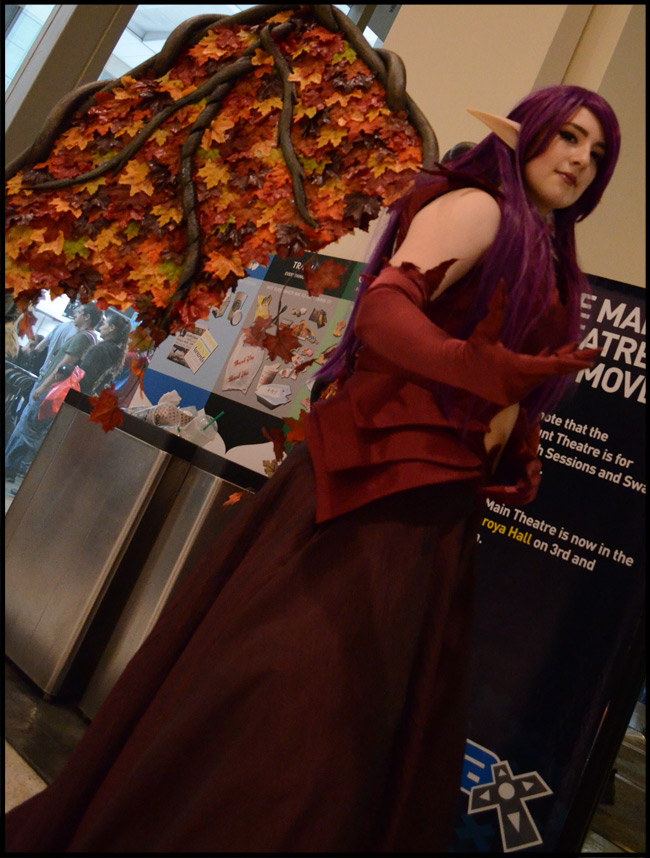 The wings on Tessa’s Morgana costume were a feat of architectural brilliance. 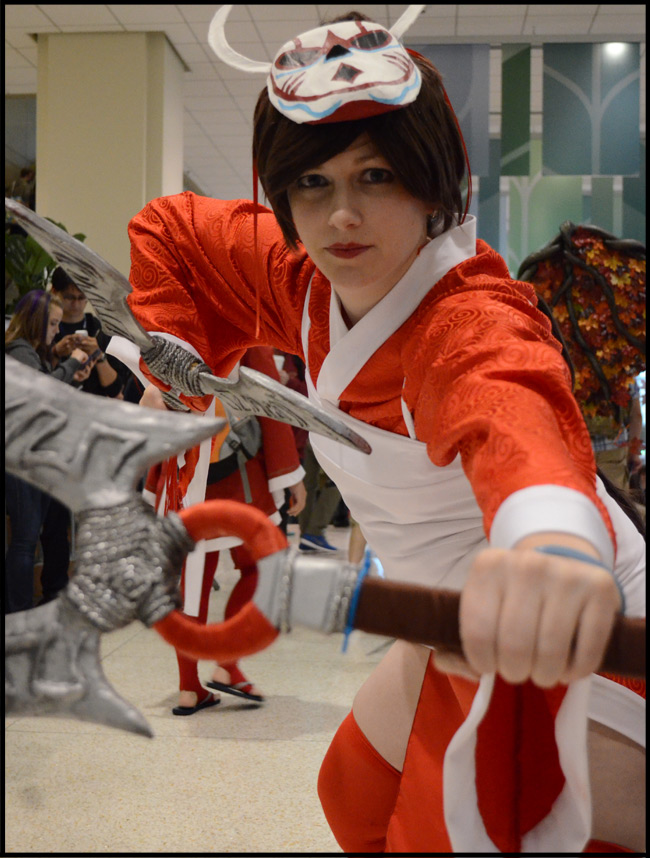 Katie was the master of intimidating poses and intense facial expressions. She has a bright future in cosplay. 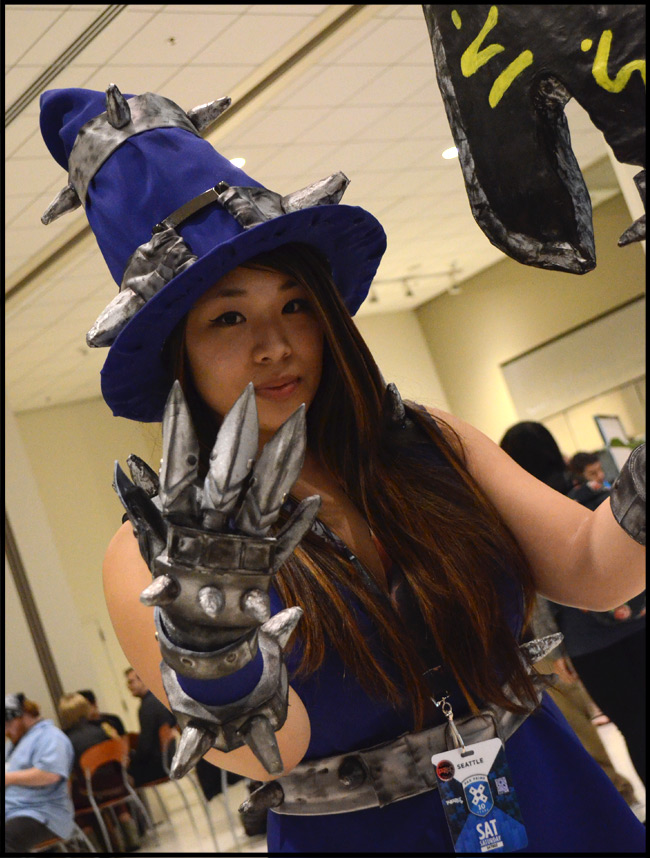 If I buy one of those spiky belts, do you think that my relatives would still try to hug me? It’s worth a shot, right?