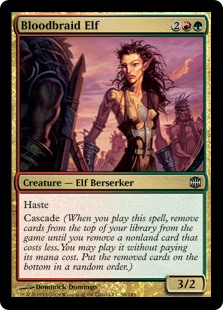 Over the past few weeks, a couple of folks in my Commander group have been pushing the notion of making Pauper EDH decks. For those unfamiliar, or living in a castle of foil mythics, Pauper is both a 60 card format itself in addition to a deck construction limitation. The long and short of it is that Pauper challenges you to use only common rarity cards; Pauper EDH lets you additionally run a single uncommon as your commander.

Why would you do this when there are powerful awesome cards you could be playing instead?

Well for starters, the restriction to commons essentially removes many of the arguably unfun strategies. Combo, land destruction, and other such strategies are either non-existent, slower, or less reliable. There’s an almost classic quality to the games since everything is more closely adhering to the color pie. Magic gets to break, or at least bend, some boundaries at higher rarity like Red getting [mtg_card=Chaos Warp], but you’re just not going to find those here.

That’s not to say that there are no powerful cards, Magic has gone through a lot of changes over the years. For example, [mtg_card=Rolling Thunder] and [mtg_card=Pestilence] used to be commons, but they these kind of cards tend to be the exception. With fewer swingy cards, the games take on a different tenor, which can be a refreshing change of pace to the typical Commander games.

And let’s face it, there’s something appealing about getting to play an interesting new format for the simple cost of raiding your draft leavings or at worst throwing a whole list together for less than $20-30.

So I’m just going to run through a quick primer along with a few thoughts from my experience. Note that there are no “official” rules for the format, even more so than Commander and EDH you’re sort of encouraged to come up with your own house rules. If one commander or card is dominating your play group too much, have a little discussion and vote on it. Most of the cards are so cheap that no one is going to be out put out that much. 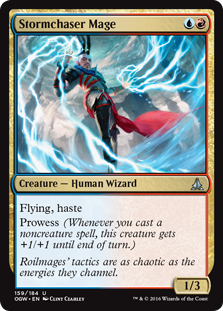 Much like EDH or Commander, you’re going to be crafting a 100 card deck, 99 cards and 1 commander. It is a highlander format, so each card, sans basic lands, must be unique, and every card must match your commander’s colors. Your commander can be any common or uncommon creature, and it doesn’t need to be legendary – otherwise you’d be restricted to basically just Homelands and Kamigawa. Opening up your commander to uncommon is a clever way to open up a little more power to your premier card, but it still keeps it within the spirit of Pauper.

Note that for Pauper construction it become a little tricky with cards like [mtg_card=Rancor] or [mtg_card=Mulldrifter], but the restriction is simply if the card was ever printed at common, i.e. those cards are legal.

Because there are fewer wraths and board wipes, boards can get clogged up and slow the game down. So many folks recommend not using the standard 40 life total and 21 commander damage. We played with 30 and 16, which might favor blitzing with commanders a little, but it hasn’t felt oppressive yet. It just helps to keep games finishing in a reasonable fashion since board stalls are going to happen.

All the normal multiplayer Magic rules apply once you get started. Pick your poison when it comes to mulliganing. We’ve been playing with a free seven then drawing once less each time instead of Partial Paris, where you only pitch cards you don’t want. 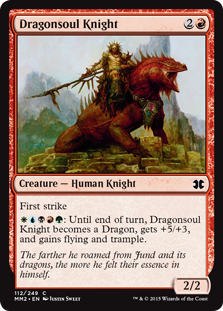 I initially started with a big creature beatdown focused [mtg_card=Bloodbraid Elf] deck, since I had one gathering dust in my trade binder. The only cards I bought was a [mtg_card=Horned Kavu] and a few of the older invokers I couldn’t find in my collection. The sleeves I used cost more than my total investment in the format so far. If you’ve been opening packs or drafting for the any decent length of time you should have plenty of options on hand. The only must haves are likely the guildgates from RTR block, simply because they are the best color fixing available.

The cycle of uncommon captains from Dark Ascension is a pretty good start to a number of tribal decks. [mtg_card=Diregraf Captain] for zombies, [mtg_card=Drogskol Captain] for spirits, and [mtg_card=Stromkirk Captain] for vampires. Though it would be tempted to just jam [mtg_card=Vampire Nighthawk] because of how good it is. Technically [mtg_card=Immerwolf] is also part of the cycle, but the pool of good wolf and werewolf cards might be a little shallow.

This really just scratches the surface though; there are almost 3,000 uncommon creatures. I found it really opens up the card pool to get away from many of the Commander and EDH staples, and the games were still interesting and fun to play. Also, there’s tons of more exhaustive resources out there. So if this primer piqued your interest tons of deck and commander lists are a simple Google search away.

Ultimately I don’t think Pauper EDH is going to replace other formats for most folks, but it’s nice to be able to toss a few cheap decks into your bag and have more options when you meet up with friends.