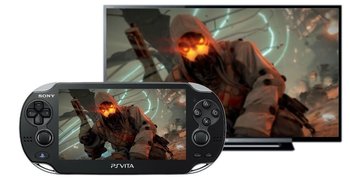 PlayStation 4 Remote Play, which allows PS4 gameplay to be streamed across a home network to PS Vita, will be making its way to PC and Mac at some point in the future, according to president of Sony’s worldwide studios Shuhei Yoshida.

“Some people asked if we plan to provide Remote Play function to PC, and yes, we are indeed working on an official application for PC/Mac,” Yoshida wrote on Twitter yesterday.

The announcement of an official app comes days after an unofficial app was revealed, promising to bring PlayStation Remote Play to PC. It is not immediately clear whether this move has been planned and in development, or if it is in response to the unofficial app. There are no further details on how the service will work for PC and Mac owners, or when it will be made available.

This move is similar to Microsoft’s console-to-PC streaming service, which allows an Xbox One to be mirrored on a Windows 10 device.

Some people asked if we plan to provide Remote Play function to PC, and yes, we are indeed working on an official application for PC/Mac. :D— Shuhei Yoshida (@yosp) November 27, 2015

Black Friday Amazon Deals Highlights: Over 50% off on Electronics