Let’s clear this up first: Polar stars Mads Mikkelsen and is named for a cold region of the world, but it is not the movie where Mikkelsen is trying to survive in the mountains after a plane crash. That movie is called Arctic. This is a different, considerably less compelling film that just happens to share the same star, title sensibility, and relative period of release. I’m glad we had this talk.

In any case, Polar purports to be based on the comic series by Victor Santos. But in the watching it’s immediately clear that it’s true basis is a mistaken assumption that the John Wick movies are easier to make than they look. Polar uses the thoroughly familiar action movie plot processed through a hyper-stylized lens filter of made-up criminal oligarchies with needlessly elaborate rules and rituals inhabited by super-skilled assassins who all dress like Parisian high-fashion models and don’t take a step without reinforcing their Personal Brand. Offbeat scenes of in-the-moment worldbuilding are punctuated with brutally violent action sequences and occasional dry comedy.

Polar is so bad at doing everything the John Wick movies do well, you’d be forgiven for assuming it’s some kind of obscene performance art. How bad does this have to get before the stink of it even eventually rubs off on Mikkelsen, one of modern acting’s most unusual but typically most reliable fixtures? The answer is probably worse than this, if only because he looks so damn bored for most of the film that even he seems at a loss to explain what he’s doing here.

The premise finds Mikkelsen as a master hitman called the Black Kaiser heading toward his mandatory retirement at age 50, when he’s due to collect a generous $8 million pension from the elite Damocles assassin-for-hire organization. But the creepy weirdo who runs Damocles is in financial trouble, which is exacerbated by more and more agents actually surviving to retirement. He’s decided to start killing off the pensioners himself, causing the payouts to revert the company and keep it in the black. Haw haw haw how TOPICAL! 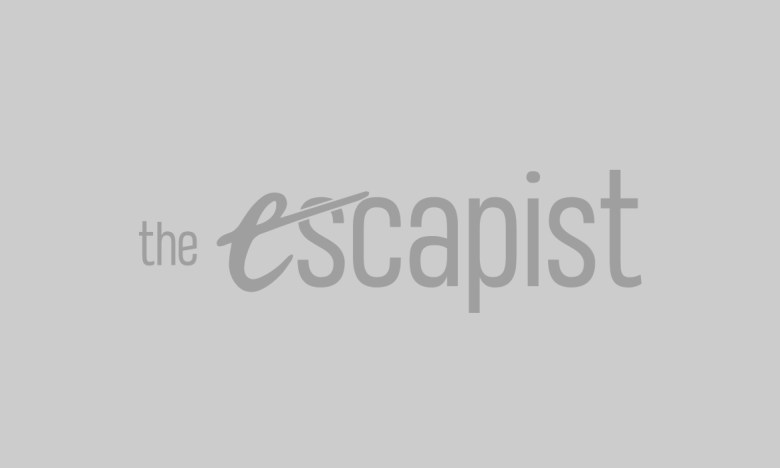 A squad of younger assassins with progressively sillier nicknames and gimmicks are dispatched to track the Kaiser down and take him out. But since he’s well hidden, Polar gets to spin its wheels for an interminable second act of padding wherein we cut between the bad guys killing the wrong people and Mikkelsen futzing around in a tiny Alaskan village making friends with a hapless neighbor (Vanessa Hudgens) and trying to work through nightmares about a tragic backstory. That eventually pays off in a twist that probably would’ve felt stupid back before Serenity reconfigured the definition of what a stupid twist can mean now.

More than anything, the production feels lazy and sloppy. Even it’s one potentially amusing scene involving Mikkelsen implausibly being asked to give a career day presentation to a class of kindergarteners is done in by the filmmakers being unable to decide whether it would be funnier for a hitman to actually give a real presentation or for him to have bloody flashbacks while offering up sanitized answers, so they try to do both in the same scene. Likewise, the action is flat where it clearly means to be flashy, and mean-spirited where it aims for edge. There’s a particularly tacky gag that feels like it’s only on hand to defensively head-off the obvious John Wick comparisons.

Even still, it feels odd to think that it would be this hard to clear the extremely low bar of “HAH! IT’S FUNNY BECAUSE THE ACTOR DOING ALL THIS CHEEZY SHOOT-EM-UP BULLSHIT IS WAY TOO GOOD FOR THE MATERIAL!” But Polar feels weirdly uninterested in taking any real advantage of Mikkelsen’s famously eccentric abilities, considerable physicality, or really any attribute other than the fact of him being Mads Mikkelsen. This only adds to the suspicion that his value to the production isn’t actually his talent but the memetic fascination his persona inspires in the strata of social media Netflix laser-targets to promote so much of its original content. Mikkelsen appears here less as the character or even a repository of his own celebrity but as a human equivalent to Grumpy Cat.

There’s a half-decent hallway shootout, a torture-the-hero sequence with some minor novelty that comes from how long it’s drawn out and an original(ish) gag featuring gesture-controlled mechanized sentry guns. Otherwise Polar is a dull and ugly slog I can’t even sustain enough residual interest in to register a bad weather pun.