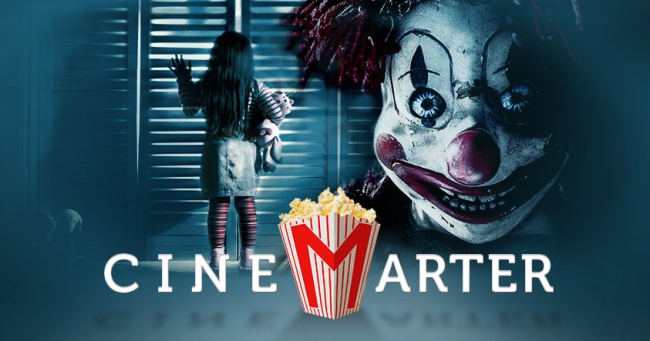 Out of all the things we needed from the movies, I’m pretty sure a remake of Poltergeist was relatively low on the list, likely sitting a slot or two below a third Machete movie. Poltergeist is an oft-fondly remembered horror movie from the ’80s that Steven Spielberg produced and co-wrote – and, according to some sources also directed – and its imagery is so iconic that it’s been parodied to the point that it’s no longer scary. Sure, a remake could have fixed that by changing things up – the first Insidious, after all, was little more than a Poltergeist remake – but did anyone really expect that to happen? This is as lazy a remake as there is, adding nothing of value to cinema – this includes being entertaining. But, hey, whatever makes money, right?

The premise is as basic as they come. A family moves into a suburban home, only to learn that it’s haunted by vengeful spirits called “poltergeists.” Why? Something vague enough that it doesn’t matter. I think this version of Poltergeist actually makes fun of a Family Guy episode with an awkward, out-of-place line midway through, which speaks about how high its priorities are. So, it’s a haunted house movie. Are you tired of these yet? What was the last good one we got? Was it Insidious? I guess The Conjuring would fit that role. 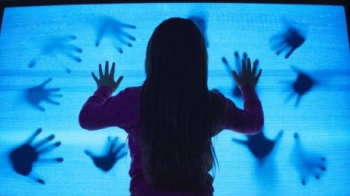 The family members: Eric (Sam Rockwell) is the father who just got laid off, prompting the move; Amy (Rosemarie DeWitt) is the mother who writes but hasn’t written lately because of reasons; Kendra (Saxon Sharbino) is a teenager who serves no purpose in the movie; Griffin (Kyle Catlett) is the film’s “lead” who is scared of everything for no reason; and Maddy (Kennedi Clements) is the youngest who talks to the spirits and eventually gets kidnapped.

Normally I wouldn’t bother describing the characters in such a way, but I did it to make a point: this is all that there is to each one of these characters. They’re so paper-thin that you begin to wonder why we should be caring about them. Even if the original Poltergeist isn’t particularly scary at this point, it still brings us a wonderful family about whom we begin to care. This one? I was rooting for the poltergeists. The parents are boring and the kids are annoying.

Poltergeist is a lazy and inept horror remake that is a complete waste of time and money.

A great deal of the problem with the children comes from making Griffin the de facto lead – he’s the only one with something of an arc, and probably has the most time on-screen, so I guess he gets that title. This isn’t an inherently bad thing, but Kyle Catlett’s performance is so bad that it ruins the movie. How did the kid who was so wonderful in The Young and Prodigious T.S. Spivet regress so much in his acting ability between films? He was great in T.S. Spivet, but here is emotionally unconvincing, incredibly boring, and it’s always painfully obvious that he’s just acting.

Much of Poltergeist feels like a highlight reel showcase of scenes you may or may not remember from the original. The heart and the character moments have been stripped out. It focuses on scares without building its characters or even any sense of atmosphere. All of its scares, by the way, are of the jump startle variety, which means that you get loud noise and maybe a quick camera movement, which are not frightening – they may startle, but that’s a fleeting feeling, and the ones here aren’t even good at that. There’s also some bad CGI which never feels like it’s interacting with the characters. You can see all of it in 3D that adds nothing and makes an already dark film darker thanks to the tinted glasses, with the added bonus of paying more to see a terrible horror remake. It’s all about that money, money, yeah, yeah. 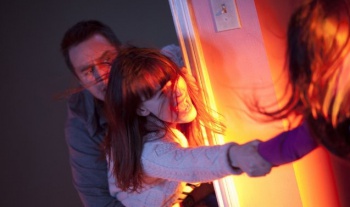 Poltergeist is a lazy and inept horror remake that is a complete waste of time and money. It isn’t scary, it doesn’t have anything in terms of characters or intelligence, and it’s incredibly boring. Its only redeeming factor is that its running time is barely an hour and a half, meaning I only had to waste that much time on it; I feel like it might have been unbearably bad had it tried to clock in anywhere close to two hours. It’s hard to think of any reason why anyone would want to make this movie, except, obviously, “for money.” There’s nothing artistic about Poltergeist, and the amount it adds to cinema history is just another entry into the “bad horror remake” category, which is full enough without Poltergeist.

Bottom Line: Poltergeist had the potential to be a remake that did something new with its material, but settled into a formulaic and dull ride that’s heavily reliant on jump startles.

Recommendation: If you need to see a moderately scary remake of Poltergeist, rent Insidious.