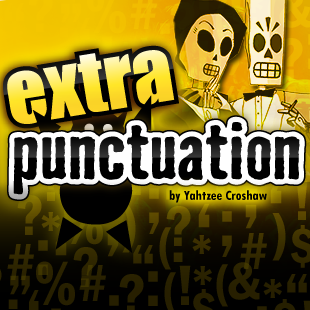 Have I mentioned enough times that I used to make adventure games? Might be worth another one. I consider myself a hobbyist indie developer and have been making games off and on in my spare time for – christ, am I that old – over fifteen years. Even longer, if you count games that pre-dated my access to the internet and never saw the light of public release, which was probably for the best. Adventure games were my earliest influence, so naturally they were what I made. I was particularly influenced by the works of Tim Schafer: Maniac Mansion, Day of the Tentacle, Full Throttle, Grim Fandango, the usual pillars.

So it was with a certain amount of cognitive dissonance that I reviewed his newest game. I still admire the man as one who showed me the way early on, but am now fighting off the inconvenient sensation of not liking his games as much. And that in turn leads to the inevitable and equally inconvenient moment of reflection, when I realised I no longer like adventure games much at all.

I’ve been spoiled by the Half-Lifes and Deus Exes in a world that gradually learned how to do good gameplay as well as good storytelling. The core gameplay of inventory puzzles involves tedious tumty-tumtying around an enclosed handful of rooms looking for somewhere to hop on the crazy logic train. The adventure games that stand out have only ever done so in spite of inventory puzzles, never because of. I struggle to think of an example of a ‘clever’ inventory puzzle; largely they come down to the ‘find key to put in door’ puzzle dressed up in a myriad of disguises, and the best examples of cleverness in adventure games are the bits that get away from that, like the sword fighting insults in Monkey Island 1.

But I’ve harped on those particular strings before. In more recent times, I’ve been doing a sort of retrospective series of playthroughs on my YouTube channel in which I and my colleague Gabriel go through all the games I’ve made (of the ones that aren’t now too much of a pain in the arse to get running) from earliest to latest, and see how embarrassed about them I can get. At time of writing we’ve gone through the really horrible stuff I made out of high school and are in the middle of the Chzo Mythos series, which can be best summarised as two games with poorly-thought-out stories followed by two more games desperately trying to keep all the plot holes plugged.

But I’ll be stabbed with a space machete if looking over all my old tat hasn’t brought back a familiar itch. Adventure games are a fun way to construct a story, it’s like putting together a little puppet theatre that you can fill with as much world building detail as you like and know that the exposition will never get in the way of the pacing because the player can decide whether or not they want to expose themselves to it. It’s just another way to make a game chiefly about exploration, that central mechanic that seems to be my favourite one in all the spheres of gaming. After all, inventory puzzles are Metroidvania gameplay from a different scale and perspective; it’s exploring the available space to find items that allow you to expand the available space. It’s just the unintuitive logic that makes them irritating, and leaves you forced to painstakingly examine every inch of the scenery in the hope of stumbling on the solution.

So I have to admit I’ve been tempted to think about making another of those enclosed-space adventure games like the Chzo Mythos were, since they’re a fun way to tell a story; a fixed environment over a span of time that changes as the story unfolds and the days pass. It’s not a very helpful thing for me to be thinking right now with the other five hundred things in progress that I need to get done, but don’t worry, this tempting voice in my head was swiftly reduced to sputtering silence when I asked it what the core gameplay mechanic should be, since we now think adventure game puzzles are wank. 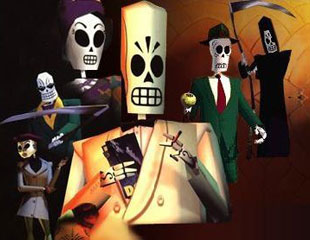 At this point I start to see what draws some game developers to the ‘walking simulator’ genre if they just want to focus on creating a narrative that unfolds organically in response to the player’s progress. A lot of them miss the point by trying to tell their story with text dumps, when ideally I feel the story should be something that settles on you gradually as you move, like dandruff on your shoulders. But I don’t think I would ever take that route; there has to be a challenge element, because it helps control the pace and motivates the player to concentrate on their environment. There’s a reason why games have things called ‘achievements’, not ‘things that happened whether or not you paid attention’.

Combat is certainly an option, but we’re talking about gameplay that enhances the all-important narrative, rather than interrupts it, and in that case combat kind of limits the kind of story you can tell. Survival horror does pretty well out of it, as did Spec Ops The Line, because violence and physical threat are very much at the core of the story themes those games are trying to bring across. Otherwise, it can feel a bit contrived.

So, there remains the question, boys and girls: in a post-inventory puzzle-based narrative gameplay world, what form could gameplay challenge take, in such a way that it only enhances the player’s appreciation of the story? Exploration certainly gives the player a vested interest in examining the environment thoroughly, but that’s an element that usually has to work alongside another form of challenge. One explores all the nooks and crannies of Dark Souls or Symphony of the Night, for example, in order to find the hidden items and weapons that may improve our combat ability.

I’m drawn to the idea of mechanics based around logical deduction and observation skills, along the lines of what LA Noire was aiming for with a big clumsy blunderbuss. Maybe something based around dialogues with other characters. Like, you’re some kind of conman and need to convince the NPCs that you’re trustworthy by accurately picking the right option from multiple choice dialogues that shows you have correctly interpreted their behaviour or examined something in another room. That’s the first place my mind went to, anyway. I’ll leave the question open for the commenters. I have to go off now and think of some better ways to close articles.