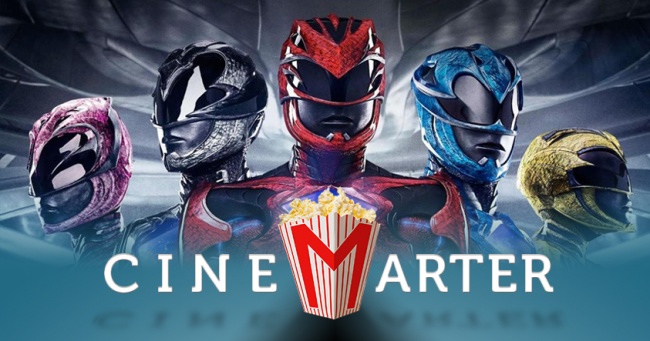 The new Power Rangers consists of two portions: (1) the obligatory universe-establishing superhero origin story and (2) a big budget version of the television show. The unfortunate part, at least for fans of the show, is that those portions are divided in about a 75/25 split, favoring the former. What that means is that you have to sit through approximately 90 minutes of that origin story to get to the “fun” part of the movie, which sees the titular Power Rangers beat up rock monsters and fight a giant golden devil monster conjured up by series villain Rita Repulsa (Elizabeth Banks). Also, there are donuts.

The first three-quarters of the movie, on the other hand, introduces us to five teenagers, all of whom have various problems in life, gives them superpowers, makes them learn to like each other and work as a team, and only after it does all that does it even consider letting them don darker, grittier versions of the costumes for which the franchise is known. 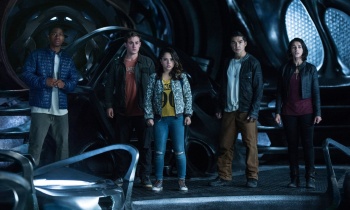 None of these characters are particularly great, but the film gives them more personality and depth than was probably required. However, it forces them together far too quickly and easily – it’s an intentionally diverse group, the film tells us, and none of these people would hang out together otherwise, so why does it feel like they become BFFs really fast, and with only one half-fight between them? A couple of the characters are not very good people – but we’re supposed to believe they’ll become buddy-buddy with the rest of the group. It’s good to see the movie try to give the characters some depth, but much like a large section of the plot, the group comes together very conveniently.

The new Power Rangers is a movie that takes a long time to get to the point at which fans will enjoy it, forcing them to sit through 90 minutes of tedious teenage drama and bonding in order to get to the suits and action and Zords and monsters.

The story, meanwhile, involves a 65-million-year-old witch, Rita, waking up from hibernation and looking to do two things: wake up a giant golden monster and steal a magical crystal that just so happens to be buried in this town – underneath a Krispy Kreme store, which is the most egregious product placement in recent memory. The new Power Rangers need to figure out how to work together to defeat her. And the last half hour of this two-plus-hour movie is exactly that. Suits are morphed into, rock monsters are fought, a giant golden Big Bad is summoned, Zords get involved, and the entire production feels like a Michael Bay-produced episode of the television show. It even directly references Transformers, which is a bit on the nose.

The action portion of the film is serviceable, and it will probably get the nostalgia synapses firing for fans of the show. I didn’t even watch much Power Rangers when I was younger and I could recognize how similar it winds up getting. The problem with the movie is that it takes so long to get there, and the path it takes isn’t very fresh. It’s basically just Chronicle with costumes. That makes even more sense when you realize that the director is Dean Israelite, whose previous (and only) movie, Project Almanac, was just Chronicle with a time machine.

The acting is, on the whole, rather weak. Of the Power Rangers themselves, most of them spend the movie in stoic-face mode, regardless of context. Naomi Scott is the most expressive, while Dacre Montgomery is the least – perhaps because he was told that’s how a leader is supposed to look. RJ Cyler does a solid job portraying his autistic character – it’s there, but not overplayed. Ludi Lin and Becky G are given little to do. Elizabeth Banks’ turn as Rita Repulsa should have been a lot more fun and campy than it wound up being. Bill Hader provides some energy as Alpha 5, a talking robot. And Bryan Cranston sounds bored out of his mind as Zordon, an exposition dump of a character who appears on the wall of a spaceship that’s found in a cavern. Not even Bryan Cranston, who worked on the TV show and probably wanted to be in this thing, could not feign excitement.

The new Power Rangers is a movie that takes a long time to get to the point at which fans will enjoy it, forcing them to sit through 90 minutes of tedious teenage drama and bonding in order to get to the suits and action and Zords and monsters. The final half hour is a big-budget reenactment of the TV show, and that’s when it’s at its best. The rest of it? Only somewhat necessary, although it does a better job at characterization than it probably needed to – even if it can’t quite convince us that these various characters would come together so quickly. It’s not terrible, but only a quarter of it is anything close to good. But, man, do I want a donut.

Bottom Line: Power Rangers is a mostly uninteresting slog for 90 minutes followed by a big-budget episode of the TV show.

Recommendation: If it sounds like it’ll play to your nostalgia, maybe it’s worth checking out. It’s not as terrible as one might have expected.