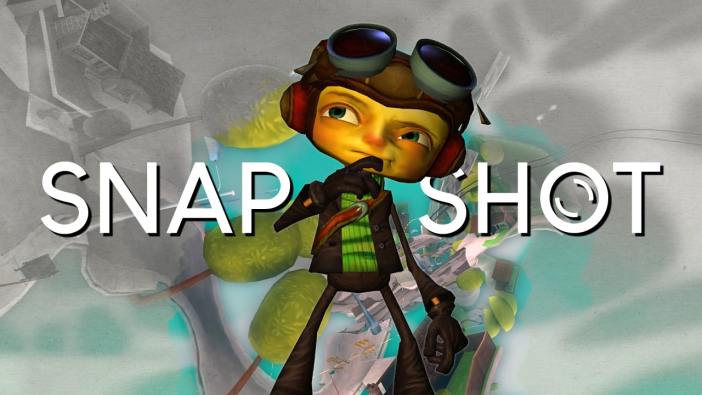 Platformers have provided themed levels since the days when Mario shot down a pipe and found himself in the bottomless caverns of World 1-2. It’s a safe bet that most of us have made our way through countless lava, forest, and ice biomes in games. But most of the time, these settings serve as aesthetic variety that allows for different platforming challenges — an erupting volcano limits the number of safe areas, trees make for excellent swinging challenges, and a sheet of ice transforms the act of controlling our character into the goal itself. But rarely do the aesthetics of a world actually mean something to a game’s theme, story, and characters. However, 2005’s Psychonauts is a glaring exception to that rule, synergizing every aspect of its setting, characters, abilities, and collectables to feed into one singular theme.

The first game from Double Fine Productions, Psychonauts is a 3D platformer where you play as young Raz, a runaway acrobat who sneaks off to Whispering Rock Psychic Summer Camp in hopes of joining the Psychonauts. They’re a group of international psychic spies who come across as a mix of the X-Men, MI6, and a group therapy session. The game uses the campgrounds as a familiar hub world to explore, but the individual levels themselves are anything but familiar.

That’s because each stage exists as the subconscious of one of the characters in the world, complete with all of their fears, regrets, and repressions. Slick Agent Sasha Nein’s world is all packed neatly into a minimalist cube floating in outer space that occasionally pops open and reveals his childhood trauma. Likewise, his Brazillian partner Milla Vodello’s world is a never-ending fashionista’s dance party that locks away all of the emotional scarring deep inside a hidden prison. 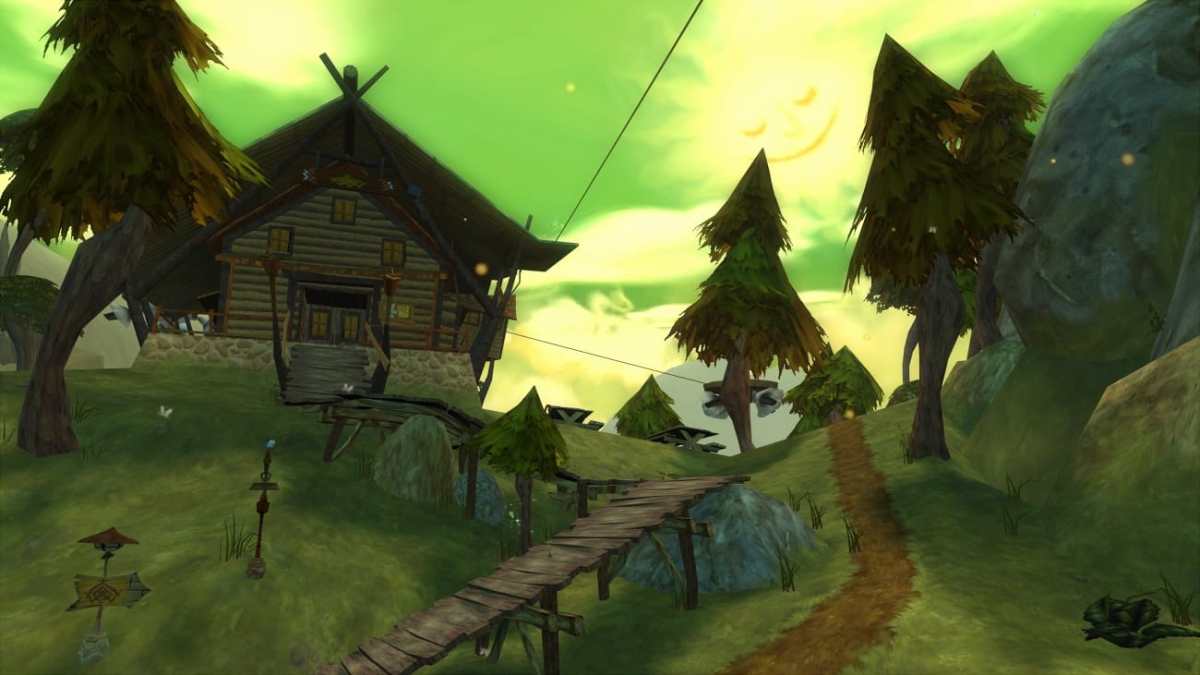 There’s something about the way each stage reflects its owner that gives weight to the game’s exploration. Instead of just collecting the arbitrary tchotchkes strewn about most platformers, in Psychonauts you stumble across figments of their imagination, literal emotional baggage, and roving piggy banks that store film reels of the occupant’s repressed memories. Though you meet each character out in the real world, it isn’t until you’ve scoured their subconscious that you truly get to know them.

And this is handled most expertly once you make your way across the lake from Whispering Rock and over to the abandoned insane asylum. Outside the gates of the creepy hospital you meet Boyd Cooper, and it’s there that the tragedy of the Milkman Conspiracy delivers one of the most unforgettable levels in video game history.

In the real world, Boyd rambles incoherently about a nefarious plot involving someone he calls the Milkman. His thoughts bounce haphazardly from fragments of various conspiracies. “We’re dialing in through the optics,” he says, before mumbling about “foreign toy makers” and “fixing oil prices” and finally placing blame on “the national park system, who are the puppet masters.” It’s hard to create any meaning or order from Boyd’s words, until you take a trip inside of his mind.

Right from the get-go, Boyd’s entire world is drenched in paranoia. You’re first dropped into a claustrophobic room littered with manic scribblings and newspaper clippings. It’s here that we meet Boyd’s inner self, who implores you to head to the graveyard and dig up the body of the Milkman to see for yourself. You’re granted the psychic ability of Clairvoyance, which allows you to view the world through the eyes of another person or thing you come in close contact with. 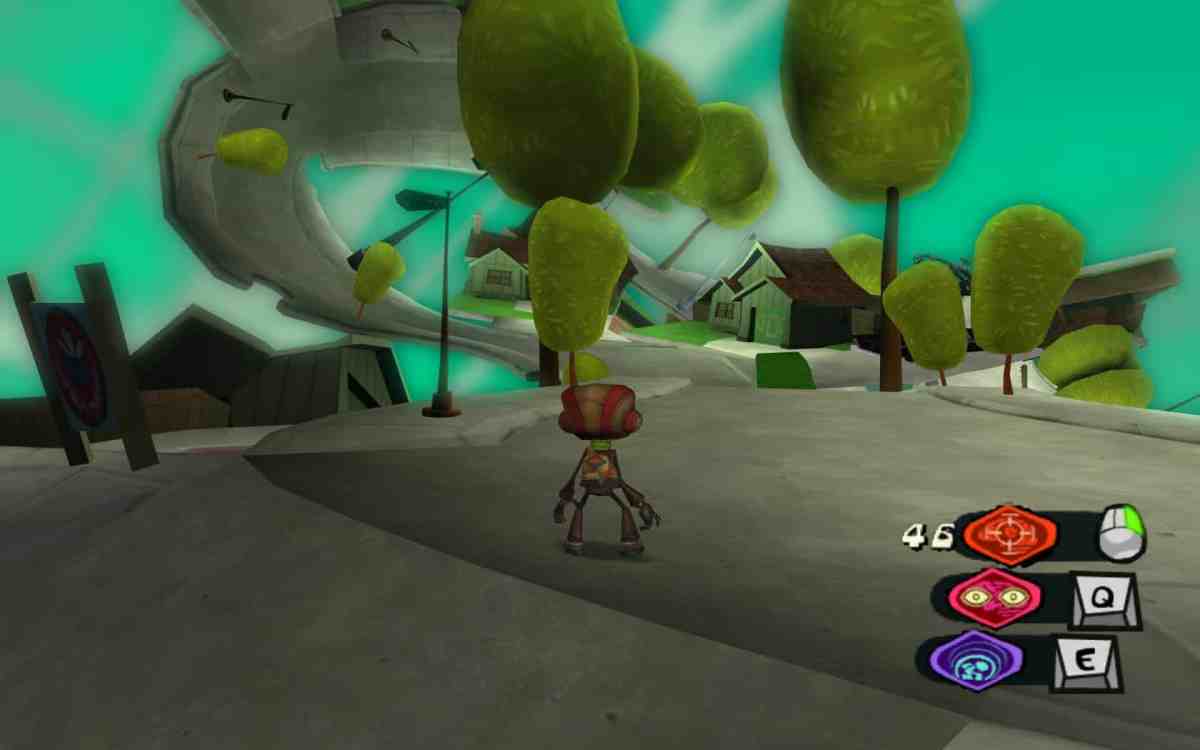 The Psychonauts level only gets stranger once you step outside. The streets of the idyllic suburban ‘50s neighborhood are bent and folded into one another like a surrealist painting, with gravity playing tricks and letting you seemingly walk on walls. Cartoon eyeballs peek out of trash cans, mailboxes, and between the blinds of closed windows. Cameras pop out of fire hydrants, snapping a quick pic before going back into hiding. Ominous black sedans with tinted windows and strange antennas sit parked in most driveways. The heart of the level’s music is a theremin, the strange hands-off musical instrument made popular by classic science fiction and horror films. It all boils together in a brew of mania that really makes you empathize with what Boyd’s going through.

The stage is littered with G-Men pretending to be various civilians at work by carrying specific objects — hedge clippers, plungers, telephones. But they don’t understand how to use these props, as we see them using a plunger like a trumpet and swinging a pair of hedge clippers like a golf club. They also spout out canned dialogue that sounds like what an alien might figure to be human small talk. “I cannot wait until the next payday,” and “Thank goodness it is Friday,” can be overheard while passing these government spooks. This is how Boyd views everyone in the world around him — an agent set out to ultimately ruin his life.

The item-based puzzles of the Milkman Conspiracy draw a clear line back to Tim Schafer’s past as the lead on such iconic ‘90s LucasArts adventure games like Monkey Island, Full Throttle, and Grim Fandango. Each object you find allows you to blend in with the various G-Men, giving you safe passage to the areas they guard. Using Clairvoyance during these sections shows you that they see Raz as a characterized version of whatever item he’s holding. At first it comes off as a quick gag, but the more you think about it, the heavier it gets. 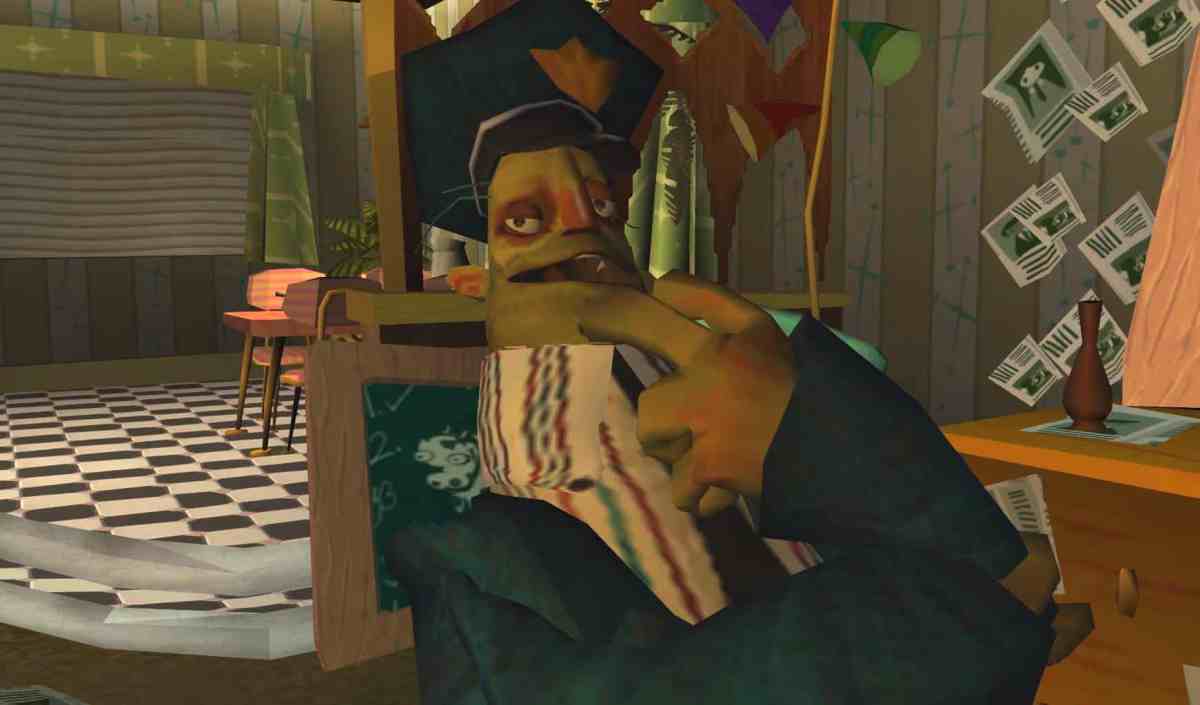 This depiction of Clairvoyance is a vision of empathy, and it allows you to see the world through the eyes of someone like Boyd who’s suffering from an illness that they not only can’t define, but they don’t even realize exists. This all becomes even more heartbreaking if you manage to find the pair of Memory Vaults in the world, which show you the tragic events of Boyd’s life that led him to this place.

Tim Schafer has said in the past that the idea for Psychonauts stemmed from two places. One was a scene they had to cut from Full Throttle where your character takes peyote and goes on a vision quest, which was nixed by the powers that be because apparently LucasArts didn’t want children learning about the wonders of ayahuasca. The second came from a conversation Schafer had among coworkers, where one said something particularly strange and another replied in awe with, “What color is the sky in your world?”

That line has stuck with me since I first heard it. Instead of just delivering the themed levels we’d come to expect in our platformers, Double Fine took the weighty themes of its story and characters and built playgrounds filled with genuine meaning, consequence, and empathy. In a way it seems fitting that such a profound message came from a comedic platformer filled to the brim with psychic secret agents.