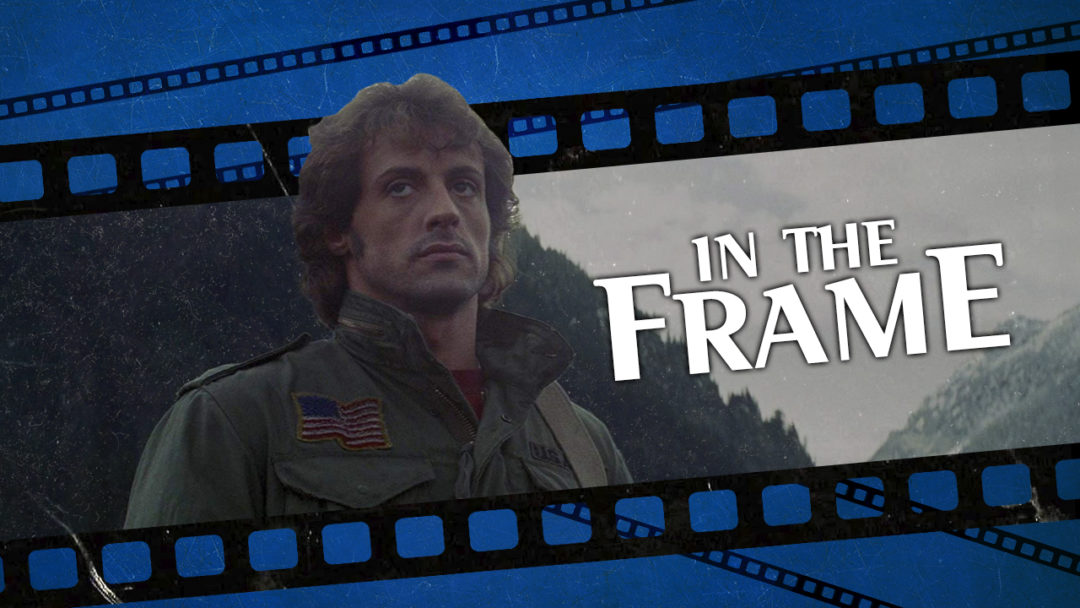 Rambo: Last Blood is a muddled film that often seems curiously disconnected from what made First Blood such a compelling and iconic piece of popular culture. Too much of Last Blood feels like a pale imitation of movies like Taken or Blood Father, the modern cinematic descendants of First Blood contemporaries like Death Wish or The Exterminator. Only in its final act does the film come close to recapturing some of the big ideas at play in First Blood, as John Rambo (Sylvester Stallone) finds himself restaging the Vietnam War on the grounds of his idyllic Arizona farm.

Much of American cinema in the ‘70s and ‘80s was shaped and informed by the cultural trauma of Vietnam. The sequels to First Blood offer one type of response to that trauma: the fantasy of restorative justice and a long-delayed victory. When Rambo is recruited to lead a covert mission in Vietnam in Rambo: First Blood Part II, he has only one question for Colonel Trautman (Richard Crenna): “Do we get to win this time?”

The ‘70s and ‘80s were filled with films that restaged the Vietnam War, often sending military units into redemptive missions in conflicts overseas. Tapping into a popular conspiracy theory, these missions often involved rescuing trapped soldiers forsaken at the Paris Accords. Missing in Action and Uncommon Valor restaged the Vietnam War so that the United States could at least claim a moral victory. In her book on Hollywood in the Reagan era, Hard Bodies, women’s studies professor Susan Jeffords argued that the insanely muscled action hero archetype of the ‘80s – typified by Stallone and Arnold Schwarzenegger – was a response to insecurities about American masculinity that developed in the wake of Vietnam.

However, First Blood belongs to a different subgenre of Vietnam movies. Its plot focuses on a Vietnam veteran who finds himself victimized and harassed by local law enforcement, which ends up triggering his programming. Rambo wages a one-man war against the police department of Hope, Washington. He fights them to (at the very least) a standstill before eventually surrendering. 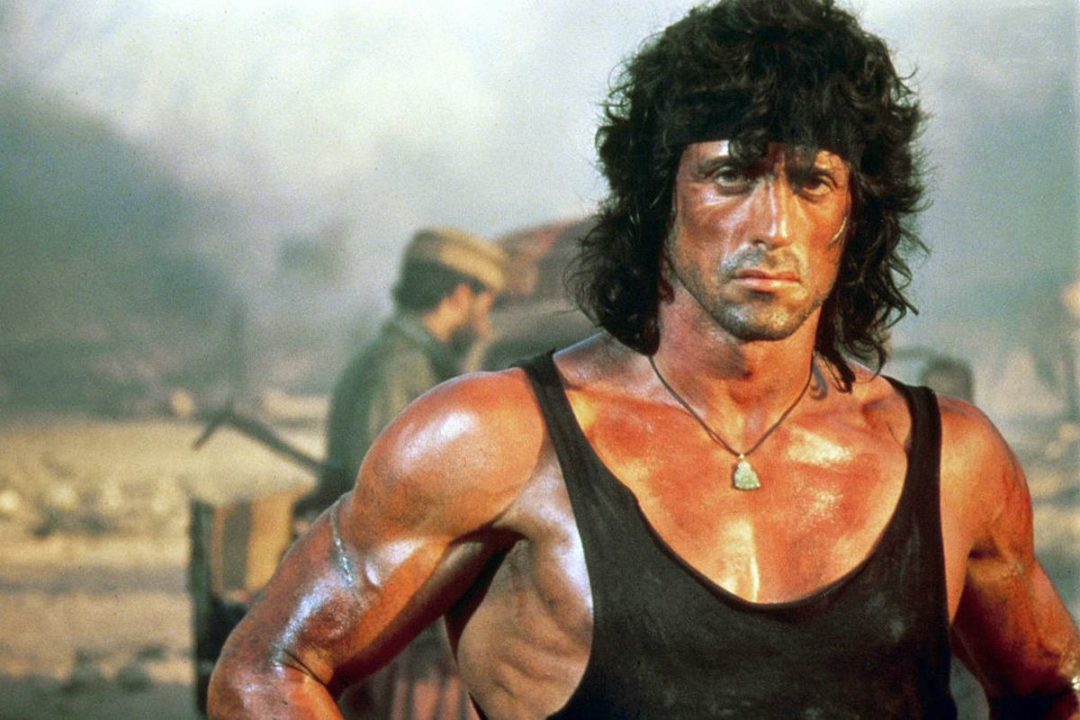 Colonel Trautman explains that John Rambo is “an expert in guerilla warfare” who “has been trained to ignore pain, ignore weather, to live off the land, to eat things that would make a billy goat puke” and who knows that he can “win by attrition” in the face of overwhelming force. Rambo is a victim of both oppression from local law enforcement and the war that forged him. Still, he never kills in First Blood except once in pure self-defense, something that lets him stay sympathetic to the audience.

First Blood is a story about guerilla warfare, with the forests of Washington standing in for the jungles of East Asia. A ragged, tired, under-equipped soldier finds himself facing off against a tactically, numerically, and organizationally superior force. There is no small irony in the way that First Blood recasts its American veteran lead as a stand-in for the insurgent Viet Cong.

Predator focuses on another foreign intervention, a crack team of commandos doing dirty work in Central America. Notably, the two big stars are Austrian-born Arnold Schwarzenegger as Alan “Dutch” Schaefer and Carl Weathers (fresh from his role in Rocky IV) as Al Dillon. What was meant to be a simple extraction mission goes horribly wrong when the group is confronted by a technologically superior extraterrestrial. The only way that Dutch can defeat the monster is by stripping down, camouflaging himself in mud, and waging a low-tech guerilla campaign.

There are even shades of Vietnam to be found in Die Hard, which finds no-nonsense aerophobic New York cop John McClane (Bruce Willis) forced to intervene to protect a foreign company from a collection of international terrorists. McClane is frequently disadvantaged and must improvise to fend off the enemy. During the course of the movie he both loses his shoe and has to duct tape a gun to his back. McClane is shown crawling through confined spaces covered in dirt and grime, contrasting him with the more polished and sophisticated Hans Gruber (Alan Rickman). 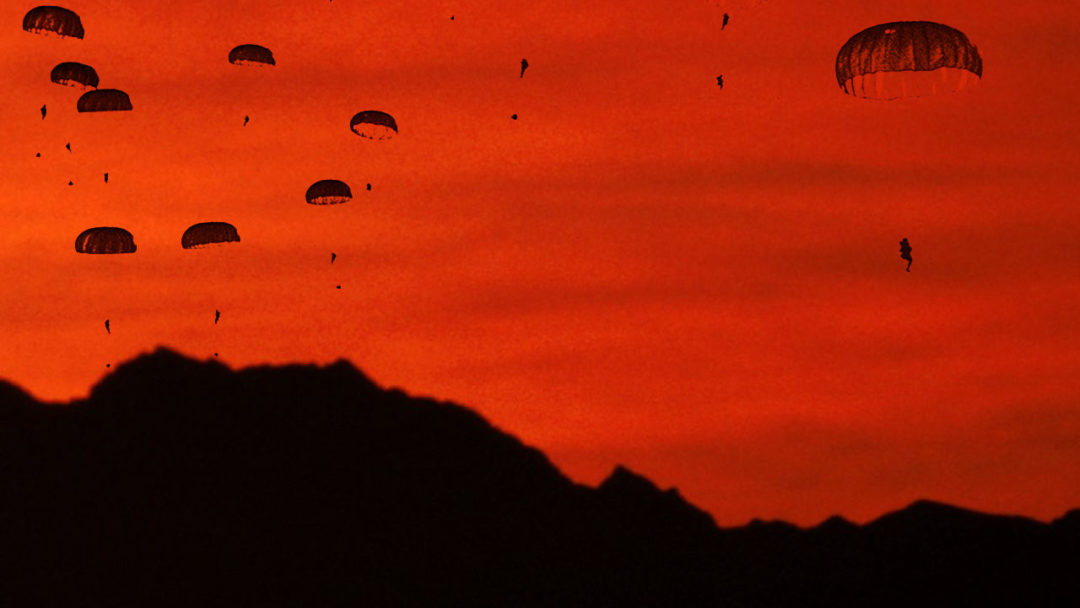 Even films like Red Dawn appropriated the image of the Viet Cong, recasting all-American heroes as scrappy insurgents fighting against a tactically superior invading force. This mirrors the way contemporary blockbusters like Avengers: Age of Ultron, Star Trek Into Darkness, Thor: The Dark World, and Batman v Superman: Dawn of Justice lean so heavily on imagery associated with 9/11. Popular culture offers a way to navigate and explore (or to rework and rewrite) these cultural traumas.

Last Blood is too muddled and disjointed to tie any of this together, but there are moments when the film clumsily gestures towards First Blood. The first act of the film reinforces the idea that Rambo has adopted the methodology of the Viet Cong by building elaborate tunnels under his family farm. The climax, in which Rambo lures an army into those tunnels before brutally slaughtering them, is undoubtedly meant to evoke First Blood though feels too much like Skyfall or a grisly version of Home Alone.

But Last Blood comes close to recapturing the franchise’s original purpose through a brief overhead shot when Rambo detonates the tunnels that collapse, leaving trenches crisscrossing the stereotypical wholesome homestead. For that one brief moment, it seems like Last Blood understands what First Blood was getting at: The scars of Vietnam are etched across American consciousness. Rambo brought the Vietnam War home with him, and pop culture has been living with it ever since.