I took this column for three reasons: to bring up anything I couldn’t fit into the video or put a nice appropriate ball-sucking joke around, to address specific responses to previous videos, and to clarify things that need more explanation. With that in mind, Red Faction: Guerrilla is bad because it’s not a stealth game. And if anything deserves clarification, it’s that.

My well-documented love of stealth games may undermine this argument, but the fact is, Red Faction: Guerrilla is not guerrilla. Guerrilla warfare is to wage war upon a much larger, better-equipped force. And yes, technically that’s what the game is about, but guerrilla tactics rarely involve parking a pickup truck full of rebels in the enemy’s kitchen and gunning down everyone who complains. That’s just regular warfare. Or, if we must give it a name, ‘stupid’ warfare.

Stealth is what guerrilla tactics are all about. It’s about sneaking unseen behind enemy lines and taking out key objectives. It’s about slapping the school bully in the back of the head and running away before he can see who did it. I’m pissed off about RF:G not being a stealth game for the same reason I’d be pissed off at a stealth game called ‘Sergeant Cockthrust’s Adrenaline Fistfights.’

And RF:G doesn’t even give us the option of being stealthy. You have no silent weapons and everyone in the current hemisphere knows about it the moment you break wind. And often the enemy will be onto you before you even do that.

There’s a recurring mission where you have to destroy a truck convoy. On the surface, a nice and guerrilla-y thing to do. So, flashing back momentarily to Farcry 2, I laid some remote explosives on the road and hid behind a rock. And then, while I was waiting, an enemy tank actually came off the road and started shooting at me. I’ve noticed they do that if you stand still for too long – apparently loitering on Mars carries the death sentence. And even after dodging gunfire long enough for the now extremely alerted trucks to show up, the explosives barely dented them. I realized then what the game wanted me to do: the same thing it always wanted me to do, ram the objective with the biggest vehicle I could find and pour rockets into it until everything stopped moving.

It’s a shame, because the destruct-o-physics could have made for some awesome stealth gameplay. Picture this. You’ve silently laser-scalpeled your way through the outer wall of a major enemy building and stolen an enemy uniform. For a few tense hours, you sneak and bluff your way to key supports and tape satchel charges onto them. Finally, you’re away, nodding nonchalantly to the gate guards as you go. You move to a nearby hilltop. You watch the personnel filing in and out of the entrances, playing out the same workaday routine they’ve maintained for years. None of them have any reason to believe today will be any different. You’re holding the detonator. You draw the moment out. You look dreamily at the clouds. In the distance, a bird sings. Everything is peaceful. Then you push it. Screams. Tile and brickwork collapse into rising dust clouds. Your hijacked enemy radio goes berserk. Enemy squads scour the area, but you’re already back in civvies and en route to the secret hideout, stopping at the 7-11 to buy more cigars.

Actually, wait, wait. Before you push it, you call up the reception desk and say something really cool, like, er… “Remind me, what’s the 18th letter of the alphabet?” then you press the button before they answer and they all go “ARRRRRRRRRRRGH” and you laugh. That’d be sweet. Someone make a game about that.

Anyway, let’s go back to reason 2 for this column.

“My main gripe about this review is; How does Yahtzee justify saying dickish simulators aren’t fun when he gave fairly positive reviews to Infamous and Prototype? Especialy when he pointed out how enjoyable it was to act like a dick with the game play elements that actually required you to be a dick to advance the story. It just all seems so inconsistent.”

Ah. The hamster has walked right into the cage. I was expecting someone to bring this up. But I didn’t say being a dick in Infamous was fun, I said it was only fun in Prototype. My point was, being a dick is less fun when the game is obviously set up for it. Infamous’ moral choice system gives you approved ‘bad’ options and ticks them off a little checklist. It feels prohibitive.

But in Prototype, being a dick is more fun because the game often seems to be confused about Alex ‘Unicorn Tits’ Mercer’s dipshittitude. I mean, yes, most first-time players will murder the entire population of Innocentville by accident alone, but that moment in the tank when Alex wondered aloud if he was doing the right thing, that alone was worth a thousand electro-testicles in humour value. There are missions where he has to protect and rescue his sister, then he has the cheek to complain about her treatment. Hey! Alex! You see all those red stains on your jumper? They probably had sisters too! You prick! 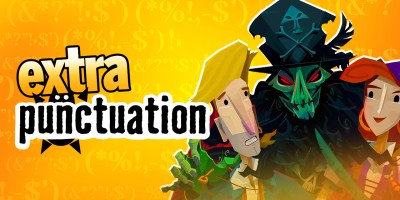