Ever since my sister got a MacBook a few years ago, she’s been sending me emails asking me how to do things like copy files, send emails. At one point, she even asked me how to turn the damned thing on.

Maryanne doesn’t have a lot of experience with computers, and that’s why she sees me as a sort of family tech-support. When she has a problem, I am the first person she calls. I really don’t know the answers without Googling but I don’t mind, it gives me an opportunity to call her an idiot. Lovingly, of course.

The only time we talk is when she has computer problems. A while back her AirPort died. It was during that troubleshooting session that I learned that her boyfriend had moved in with her. I also found out that he didn’t work because he was busy “exploring himself” as a collage artist. I suggested that she go buy a $15 wireless router rather than spending $100 on an expensive Apple gimmick. She told me that collage-boy refused to use anything but Mac products because of Feng Shui, apparently it went better with the cheap Ikea furniture.

My next brotherly tech-support call happened a month later. Maryanne’s life had gone to hell; she was unhappy with her computer, she was about to lose her job and Renault, if that was his real name, had gone off on some sort of spiritual journey. She asked me if she should get the new MacBook Pro. I told her that I would save her a lot of money and build a PC for her.

For about a week, she called me pretty regularly asking about different Apple computers. Secretly, I suspected that she wanted to talk about Renault. She would ask me if $2500 was too much to spend on a computer; I died a little inside when I realized that Apple computer would cost more than my last car.

Still, I enjoyed her calling me — I didn’t get to talk to my sister very often. But after that, it was months before I heard from her again. Renault had returned from his walkabout and wormed his way back into Maryanne’s life. She sent me an email saying they were planning to get married. Worse than that, Maryanne had replaced her old Mac with a new 17″ MacBook.

I fretted for a few days before I decided that I needed to do something about her addiction to shallow, overrated things. Otherwise, she might marry this guy, move to San Francisco and sell novelty bongs from the back of a VW bus and I would never hear from her again. She needed a brother, a new outlook on life and an escape from shallow consumerism.

I had no other choice; I had to build her the best PC I could for less than $400. I had some old parts that saved me a hundred dollars or so, plus a few hours spent swearing at tiny screws produced what I considered a personal triumph. The computer was solid, nowhere near as sleek as a Mac, but, more importantly, I knew its parts so intimately that, if it ever broke, I could simply reach into its guts and tear out any defective parts like a back alley surgeon.

I showed up at her apartment door. From inside, I smelled the incense and really shitty pot. I pushed on the door and it swung open; a shirtless man with his eyes closed sat cross-legged on the living room floor. Maryanne’s crappy furniture was gone, replaced by gaudy Indian throw pillows. Had Maryanne been a victim of crackhead Queer Eye impersonators? 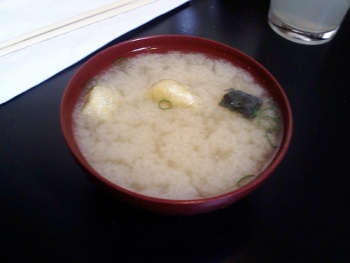 “Door’s unlocked,” I yelled in my best impersonation of a police officer, warning the half-naked man that I was armed and dangerous, albeit with a computer.

“Pax shalom warrior,” his eyes still closed. Shit, this wasn’t a queer housebreaking junkie, it was Renault.
“You should lock the door.”

“Uh-huh,” I set the computer down and looked around to see if Maryanne’s furniture had been shoved into a corner. “I guess you didn’t hear about the scumbags that break into people’s houses and sell their furniture.”

I locked eyes with him as I said it. His face told me that he understood the implications: I thought he was a crackhead, and he had stolen my sister’s furniture. It was at that moment that I sensed something wrong; I could see the fear in his eyes.

He closed them, pretending to meditate again.

“Where’s Mary?” I asked, concerned that he had sold her into white slavery for the bag of skank weed and the few sticks of incense that now stank up the house.

He didn’t answer me. Instead he made a humming noise again and pointed to the kitchen where I could already hear the clanking of silverware. I entered to find that my sister cutting vegetables.

“That’s dinner! Don’t you remember, I told you, Renault is macrobiotic?”

Suddenly, I had become very uncomfortable. I didn’t even know what miso was; it tasted like some type of animal excrement.

She was right! And suddenly I wished the crazy old coot was there, he could have scared the hell out of the lazy rice eating beatnik in the living room and then tell Maryanne to go buy three steaks and make Renault eat them raw.

Despite my pleas to go out for dinner, we had what could only be generously described as dinner. Half-way through, I had given up on trying to use my chopsticks, eating my food with my hands like a barbarian. Frustrated in general, I began eating with my hands and when Renault watched me with his smug little beady eyes I mouthed, “I’m watching you hippie,” before dipping a raw head of broccoli in my fish-poop soup before taking a vicious bite from it. I suspect I didn’t look half as vicious as I thought I did, but I was caught up in the moment. 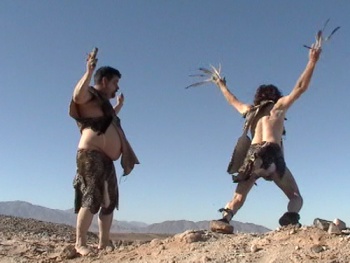 Seeing the hostility between us, and my inability to eat anything that she had “cooked,” my sister asked, “Marion, want to set up the computer next to the Mac?” I wanted nothing more than to get away from the soup that tasted like fish ass — plus, my urge to punch Mary’s boyfriend in the face continued to grow. If I got the computer set up quickly, I could stop by Giorgio’s and pick up a BBQ chicken pizza and beer to wash the taste of health out of my mouth.

Setting up the computer was easy. What wasn’t easy was figuring out how to connect it to the wireless network. Everything I knew about computers was useless. At random, I began opening folders looking for some clue to unlocking the secrets of the Macintosh operating system.

I stormed into the living room filled with rage and demanded, “What – the – fuck — is this?”

Renault rose to his feet, “You’re messing up the energy, man.”

I was livid. “Why do you have these women’s names and social security numbers on this computer?”

“Marion, what’s wrong?” I heard Maryanne yell from the kitchen.

“He’s even got a file on you!” I shouted back barely able to contain my anger at this macrobiotic Mac-lovin’ gypsy.

I don’t remember Renault standing up, but soon we were wrestling for the MacBook. I stumbled back into the bedroom tripping on the raised doorframe. I landed against a pile of obnoxious throw pillows; Renault held the MacBook.

I guess it was bad that the first thing Maryanne saw when she came out of the kitchen was me ripping the PC from the wall and raise it above my head like the caveman from 2001, ready to crush the skull of my rival.

If Maryanne hadn’t shouted, I might not have paused. But my hesitation gave Renault time to shield himself from the blow from my hefty PC with the only object available to him, the shiny white plastic MacBook. As my homebuilt PC came down, the Mac snapped; the extremely expensive machine cracked open, guts spilling from its disemboweled chassis. Clearly, PC was the winner in this particular fight. Screw you, Justin Long.

There was some yelling, some screaming and the police were called. Strangely, Renault didn’t stick around for to talk to Officer Dales. My sister was angry at me, but once I calmed her down, pointed out that I was still here, and that Renault had taken her purse with him, she began to believe my side of the story.

Before she got her PC, Maryanne said that she would only call once or twice a month, three times at most. but she has problems every day. I don’t mind though -it’s nice that we’ve got so much in common now.