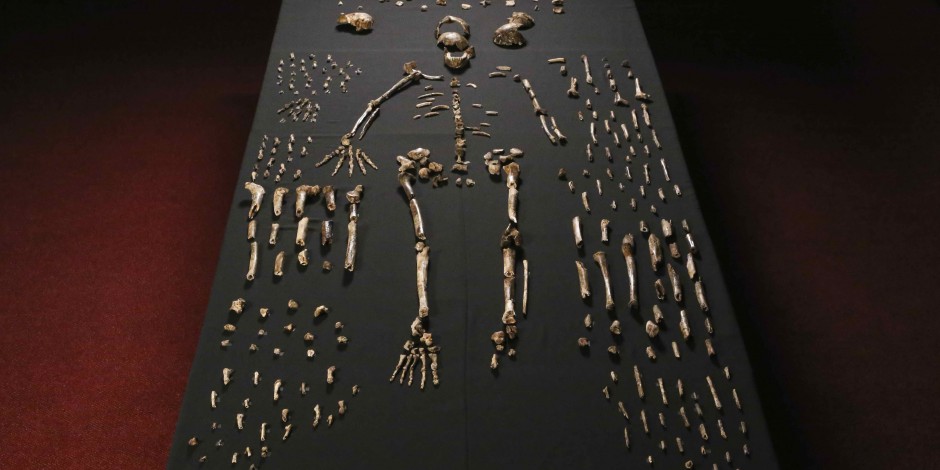 A “grave” of the remains of a new species of non-human hominid is found in a South African cave, with the remains estimated at more than 2 million years old.

A spelunking expedition discovered them in Rising Star caves, located within South Africa’s famous Cradle of Humankind World Heritage Site. But finally, after almost two years of research, scientists have been able to determine the huge significance of the remains of 15 bodies found in a cave in South Africa: It is a new species of hominid closely related to humans.

Dubbed Homo naledi, the find shows off a species that had both primitive and modern features. Not only that, but scientists believe this mass find of bones in a single spot shows that the species actually disposed of their dead in a way to keep them from harm. While 15 bodies have been found so far, research leader Lee Berger believes there may be plenty more. “The floor is practically made of bones of these individuals,” he said.

Previously, the thought of burying the dead in a safe area was believed to be a characteristic of modern humans. This discovery appears to throw that theory out the window. “What does that mean for us?” Berger asked. “Did we inherit it, has it always been there in our lineage, or did they invent it?”

The species is determined to have been about 5-feet-tall on average, but only about 100 pounds. Despite the size, the brain development was still fairly small, with a female brain estimated to be the size of a chimpanzee. The remains – bot male and female – showed many similar qualities, leading scientists to conclude that this was a single family spanning multiple generations.

Scientists say the pelvis and shoulders are relatively primitive, but the fingers are curved, allowing the ability to grasp items, and the feet are almost identical to current humans, making climbing easy. “We can infer from their bodies that they are long-distance walkers, again that’s something almost unique to humans,” Berger said. “And it’s pretty clear from those fingers that they’re climbing, but we don’t know what they’re climbing. That’s not a tree climbing hand.”

For more details on the find, check out the feature in National Geographic.

Source: The University of Witwatersrand, in collaboration with National Geographic, via IFLScience

The Most Tear-jerking, Hilarious Movies About the Afterlife