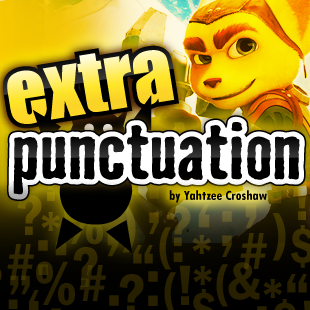 Witness the inherent cognitive dissonance of reboots like Ratchet and Clank and Star Fox Zero. Games that attempt to sell themselves by evoking nostalgia for older games that they, by their very existence, are attempting to erase, or at the very least replace.

It’s probably been a while since I’ve complained about lack of backwards compatibility, and I notice the major game publishers haven’t yet issued an apology or committed mass suicide, so I’d better bring it up again in case they’ve started thinking my attitude has changed. Just out of curiosity I took a walk around Brisbane city centre this morning and its ridiculous number of gaming retailers, to see if it was still possible to buy a PS3 or 360. One shop had a few second-hand ones, tucked away on a rarely-seen shelf, far away from the glossy facades of empty boxes for next month’s games, decked out in Pisspoor toilet detergent blue and Xbone baby shit green.

I don’t accept the argument that we’re all still perfectly free to hold onto old consoles or buy them second-hand if we like our old games so much, because like it or not video gaming is a neocentric hobby, and the previous generation’s support inevitably dwindles away until the average electronics retailer decides that the half-shelving unit it still uses for that console’s games might be better put to use holding up strategy guides. Besides, the original creators of a game don’t see any of the money from a second-hand sale, and I’m somewhat invested in the system wherein professional creatives get paid to do work.

So, casually buying a PS3 or 360 was a wash. One shop had a section boldly labelled with a PS3 banner, but all the shelves underneath were given over to Amiibos, Skylanders and Disney Infinity miniatures. If you’re after a copy of Guitar Hero Live then you’re in luck, because most of the shops were building fucking forts out of those. As for the PS2, still the best console ever, forget it. 2500 games, the PS2 had, all crafted with care and investment by human beings with hopes and aspirations. To newcomers to video gaming, they are all now lost. Including the original Ratchet and Clank.

It doesn’t surprise me that it took an upcoming film to earn Ratchet and Clank a PS4 installment. Video gaming has had so much disrespect over the years that it appears to have completely internalized it, and takes every available opportunity to bow down in worship to movies as the obviously superior medium. There are plenty of games that illustrate how interactive narrative is its own thing with its own rules, that benefits more from a looser, more explorative approach, but it’s still the Quantum Breaks and Last of Uses of the world being lauded as the true pioneers of narrative gameplay, because they’re made like films. Never mind that the gameplay is completely generic as long as it fades out every ten minutes so that some digitized Hollywood actors can cutscene it up.

What’s the point in remaking something that was already good in the first place?

In truth, it’s naive to say the Ratchet and Clank reboot was greenlit to bank off nostalgia for the old ones. If that were the case they could just polish up the old ones and re-release them for PS4. But that would entail gaming actually having some god damn self-respect, wouldn’t it, so this watered-down bastard of a film tie-in is what you’re going to have to make do with. We don’t care about any existing fanbase or legacy the now-unavailable games might have because movies-senpai noticed us and we have to blush and giggle and carry their books for them.

And on the subject of Star Fox Zero, I sometimes think Nintendo’s slightly bizarre approach to backwards compatibility – of making each new console and handheld compatible only with the games of the device that immediately preceded it – is an even worse approach. Especially since they’re bringing out new hardware with slightly alarming rapidity these days. At least Sony and Microsoft are upfront about the total lack of fucks they have to spare, Nintendo seem to want to have the best of both worlds by occupying a mealy-mouthed middle ground. So they get the brownie points for at least having some backwards compatibility, but are just as assuredly murdering their own games. Letting them survive one more generation is small comfort against the timescale of eternity.

So remaking popular old games is a fool’s errand, because it brings up the same argument to which movie remakes have never provided a satisfactory answer: what’s the point in remaking something that was already good in the first place? The only things worth remaking are old properties whose ambitions couldn’t quite be accommodated by the technology of the time and can now realise their full potential, as with XCOM. Otherwise the reboot inevitably feels watered-down because it lacks the novelty factor of the original. 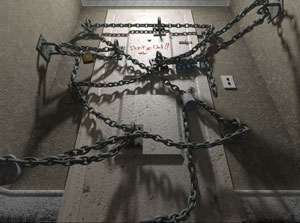 Re-releasing old games for new consoles is better, but the creators usually can’t resist the urge to make improvements. By all means render it in a higher resolution and fix glaring bugs or control problems, but there’s no need to add HD models and textures and redo the voice acting. No-one who would want a re-release should care that it can compete with newer games. The nostalgia’s what matters. If the prevalence of retro-style indie games tells us anything, it’s that people like being able to see how far technology has come.

But only a comparatively small handful of select games get re-released, inevitably the most popular, best-received ones. Full backwards compatibility would allow us to retain all the flawed garbage that came out as well. I’m sure the publishers would love for their embarrassing mistakes to be forgotten and buried, but I have a slightly perverse fondness for truly bad games, and they have a place in gaming history as well. Arguably an even more important one, because it is only through flaws and mistakes that we learn and improve.

And hell, it’s all subjective, isn’t it. Silent Hill 4, generally considered a runt of the series, wasn’t included with the HD re-release of 2 and 3, and you’d have to go pretty far out of your way to play it legally now. But I happen to like it, and think it’s got some very cool ideas alongside all the glaring flaws. Maybe it’s because of the glaring flaws that the cool ideas stand out. After all, your strawberries will grow all the better if you surround them with compost. You’re basically saying to the strawberries, “See this? Buck your ideas up or this will be you.”