Developed and published by Camouflaj. Episode 4 released on December 17, 2015. Available on PC. Review copy provided by he developer.

So far, Camouflaj’s Kickstarted stealth title Republique has been anything but simple – at least in terms of the fascist unnamed nation in which it takes place.

In Episode 4, titled “God’s Acre,” the game continues to take players through twisting narrative territory, adding more questions than answers to the ever-deepening pile of more-questions-than-answers. But where the worldbuilding is constantly complex and the plot is ever-thickening, Republique‘s gameplay remains, more or less, simplistic.

As Camouflaj pushes the title through the literally and figuratively maze-like fourth of five episodes toward its final conclusion, it makes a lot of tiny changes that don’t really change an underlying truth: there’s just not a lot of challenge or complexity in the game part of this stealth game.

It’s been 10 months since the release of the third episode of Republique, and you’d be excused for needing a recap after all that time. In its first three installments, the game takes place in Metamorphosis, a strange academy-slash-research facility in a nation run by Overseer/Headmaster/Andrew Ryan-alike Kenichiro “I Just Freakin’ Love Fascism” Treglozov. Within the state, books are banned, children are called by numbers rather than names, and Jennifer Hale fakes a French accent.

One of the kids in Metamorphosis, whose designation is 390-H but goes by the (surely not at all thematic) name Hope, somehow procures a contraband mobile phone and contacts you, an unnamed hacker. From there, you use your capabilities to access the many, many surveillance cameras throughout Metamorphosis, directing their electronic eyes to guide Hope through the facility to freedom. 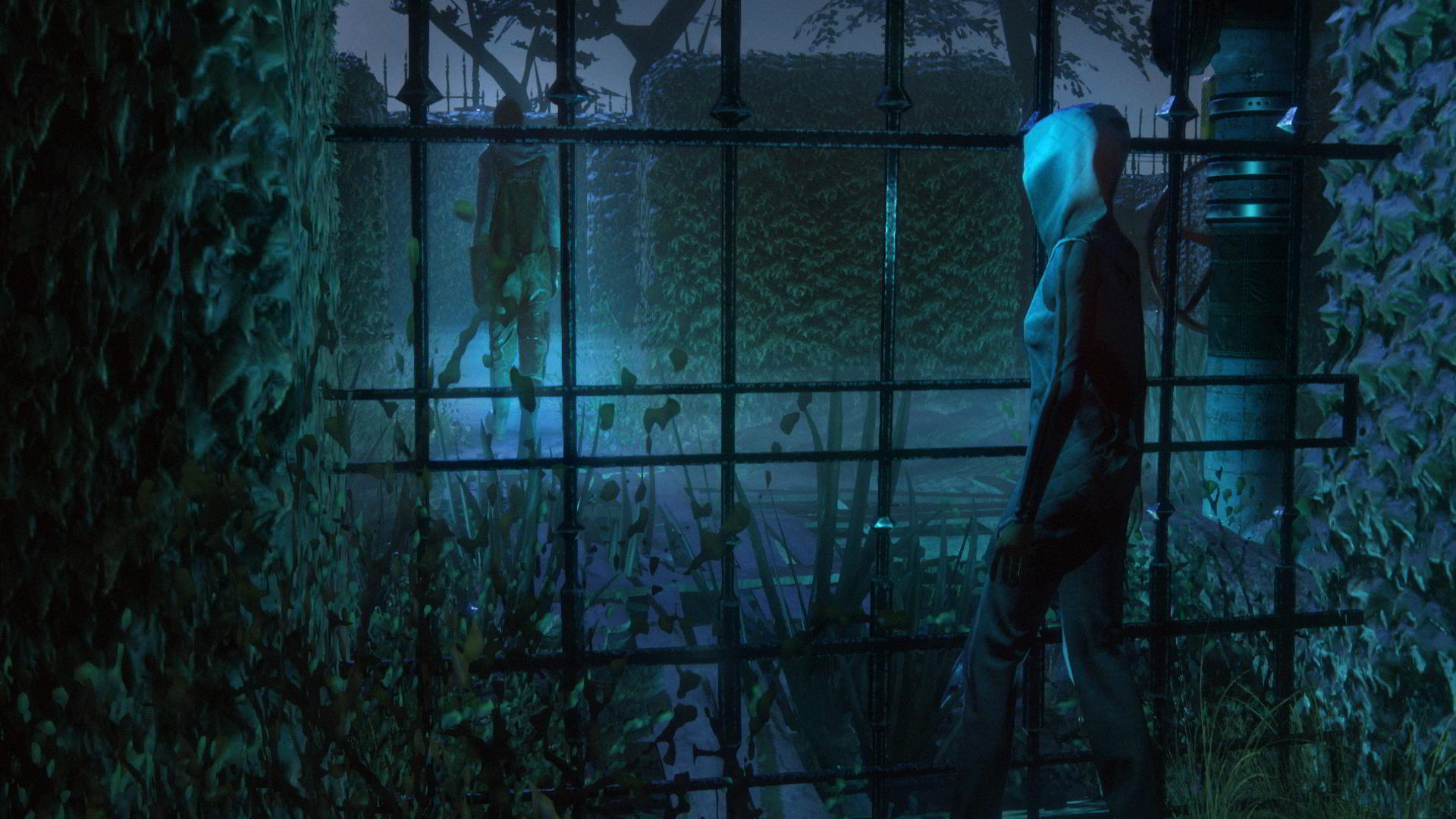 Republique doesn’t break much in the way of new ground in stealth gameplay – you tell Hope where to go, she sticks behind walls and waits for bad guys to pass before sneaking past them – but it makes up for being fairly predictable and thin in gameplay by way of presentation. The player’s disembodied, security camera viewpoint means the game is always about picking the right vantage points for the job, trying to piece together enough information to move Hope safely through an area. You can earn hack upgrades by gathering collectibles, which let you distract guards, unlock things, read emails, and more.

Most of the effort in Republique seems to have gone into its consistently solid visuals and its heady, often heavy-handed storytelling. There are collectibles all over the place that give tidbits of information about life in Metamorphosis, Treglozov’s vision for his nation, the recently ended battle with a hidden freedom fighter called Zager, and the ever-present talk about an upcoming event called “The Arrival.” Between picking up that stuff, you’re helping Hope dodge Republique‘s “Prizrak” guards – who are just fairly inattentive dudes who walk patrol patterns.

When you’re not telling Hope where to stand, you’re getting candid Big Brother looks at Metamorphosis’ administration. Finding out about those characters, their motivations and personalities, which side of revolution they’re on, and how they’ve changed or compromised since throwing in with Treglozov, is where Republique‘s storytelling is at its most interesting.

But it’s all very dense, offering trickles of information to players about how this world came to be without ever making clear what the hell is actually going on. Episode 4 is the worst offender yet in this regard, because it upends everything that has come before it.

When Episode 3 ended, Hope had just inadvertently betrayed an ally in order to make her way to a service elevator that could take her out of the underground Metamorphosis facility and to the surface. The episode closed with Hope standing on the elevator, sobbing over what had happened. When Episode 4 opens, seemingly only seconds later in terms of Republique‘s story, everything has changed. Hope, seemingly, has lost all memory of everything that’s happened her in the last three episodes. What little dialogue she has is much more childish. Something’s … wrong. 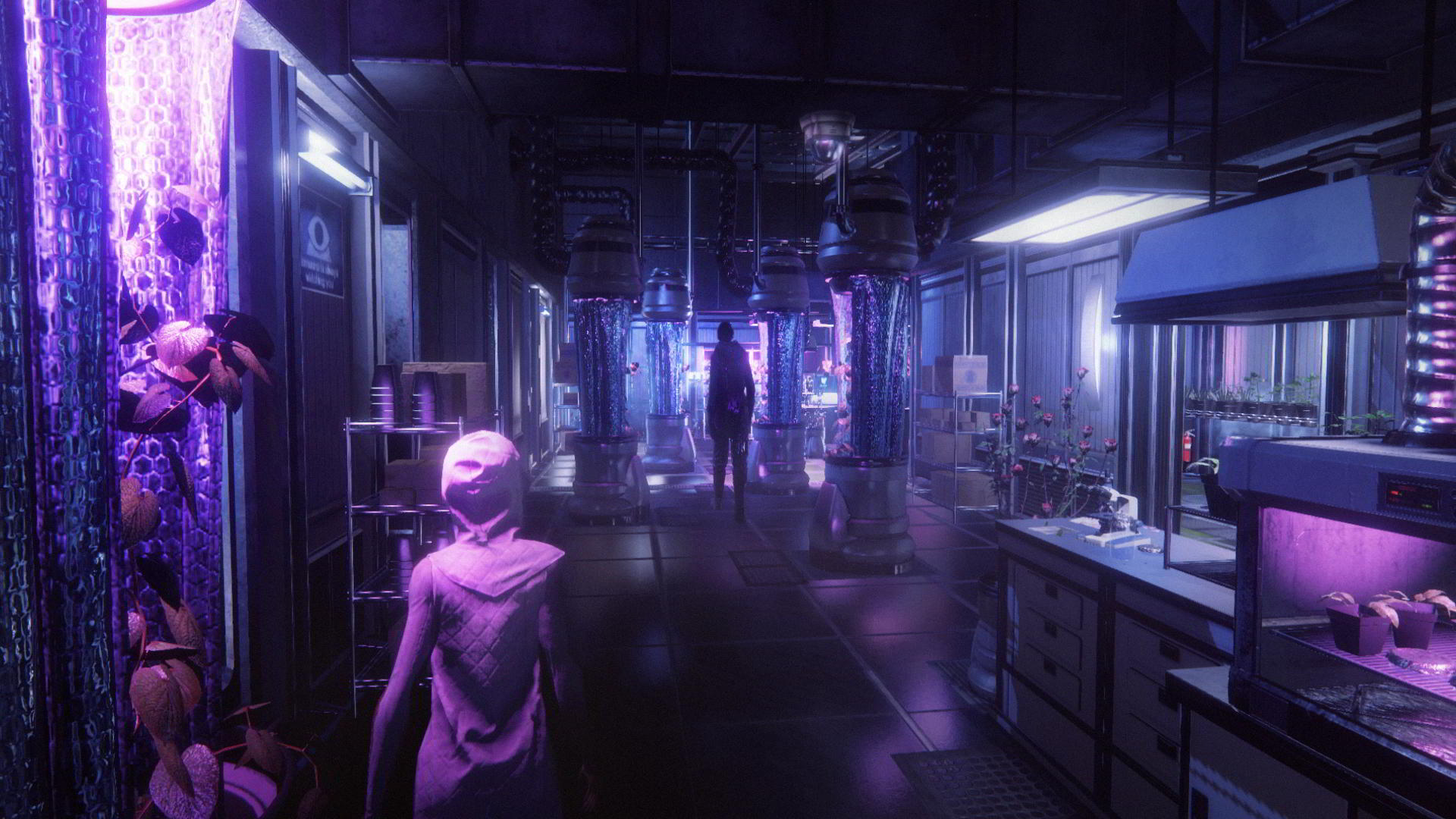 Meanwhile, you’re led through the next section by phone calls from a rhyming hacker who has been selling you upgrades up to this point. Why are they helping? Who knows, whatever. It’s time to wander around a giant hedge maze for a bit.

Where Episodes 1-3 concerned Metamorphosis’ school-like trappings, dealing with characters like the kindly, whoops-how’d-I-end-up-with-fascists librarian, the strict but possibly good dean of students, and the definitely not good head of security and others, Episode 4 suggests the facility has an altogether different shady purpose from apparently educating (or “re-educating”) students. There’s something going on here with data encoding on DNA and experiments on people who are referred to as “mirrors.” Collectible audio files throughout the episode are constantly discussing “broken mirrors,” which are pretty clearly tragic deaths, probably of children.

Anyway, Hope’s sneaky adventure takes her throughout several new areas on the surface, including a bee-and-flower genetics lab, a graveyard, and a hedge maze. Episode 4 ditches the many prizrak enemies for one dual personality-sporting giant gardener, who’ll break Hope’s neck if he finds her and who is constantly showing up like Resident Evil 3‘s Nemesis. Hope also loses all her defensive weapons like tasers and pepper spray, and you’re also stripped of your hacking bells and whistles for some reason.

Episode 4 looks to shake up Republique after three episodes of progressively harder to incapacitate but generally still dumb enemies, but it’s a lackluster attempt. Sure, you’re stripped to pure stealth for an episode, but Mammoth, the giant angry gardener guy, is just as bad at finding you as previous enemies. Little changes like bees that can attack Hope if she wanders too close to their flowers, or birds that react and scare her when she walks nearby, add new elements to avoid, but they’re minor challenges that create surface-level differences in the gameplay.

The biggest change is the episode’s single enemy, who is much more dangerous than previous baddies and who will occasionally just duck through a hedge wall and pop out somewhere else in the area at random. Trying to play keep-away with Mammoth, especially when you can accidentally send Hope bumbling into him, is more harrowing than in previous episodes, but it’s never especially challenging.

As usual, the focus is clearly on story and presentation, and that’s where Republique shines – but after four episodes of going “…huh,” the entire enterprise is wearing a bit thin. Yet again, all of the plot and storytelling in Episode 4 is questions without answers, especially what’s going on with Hope. She’s basically a different character for some reason at this point, with all of “God’s Acre” coming off as setup for a twist. At this point, it feels like Episode 5 is going to be two hours of exposition to explain all this stuff, and little else.

Of course, it’s hard to judge what hasn’t happened yet when Republique is very clearly doing the legwork for setting up its big conclusion. But in the meantime, Episode 4 is more confusing than it is satisfying. There’s a lot to like in Republique, and it’s clear its world and characters have been built with care. But with so much emphasis on building up to a payoff, the journey through the maze has been a bit of a slog, and one worries that what’s on the other side will never live up to the game’s own expectations.

Bottom Line: Republique is a relatively simple stealth game with a lot of love dumped into its presentation and its world, but Episode 4’s attempt to shake things up in both gameplay and plot is weak.

Recommendation: There’s a cool world here and the story has promise. Stealth fans might find the gameplay a bit dull, but Republique is at least good at keeping you engaged.