It’s always difficult to review HD remakes and remasters. On one hand, it can be argued that the most “objective” way to review these games is to only consider new content, but in that case, most HD remakes would get low scores for being little more than a texture pack. So most of the time, reviews like this become a sort of “second look” review, analyzing whether or not the game in question withstands the test of time while simultaneously commenting on whatever new features have been added.

This is what makes reviewing Resident Evil 0 HD Remaster so interesting, because it’s far more than a texture pack. In terms of extra content, it goes well above and beyond the original, more so than most other HD re-releases. But the original game hasn’t aged well, and that holds it back from being universally accessible and enjoyable. 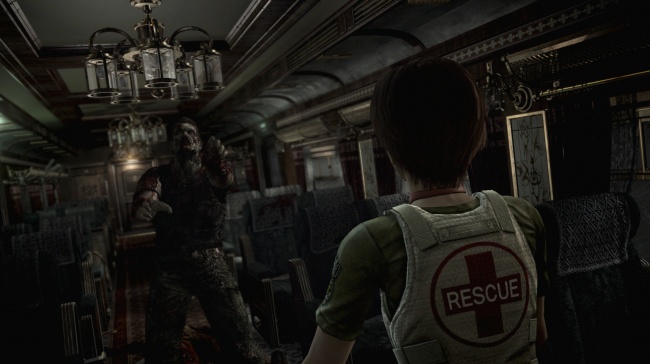 First of all, it’s worth mentioning that this port is actually a port of a port. It’s a retooled version of the Wii port of the Gamecube version of Resident Evil 0, which already came with a few extra options. For example, you can play in widescreen mode, which is a practical must for anyone with a modern day TV. There are also “alternative” controls which are supposed to fit modern day gaming sensibilities as opposed to the tank controls that the game originally had. This alone is a lifesaver, as it makes your character much easier to move.

Outside of movement, however, the controls are not as modernized as one would hope. While you can remap each individual key when you use keyboard and mouse controls, you oddly cannot remap controls on an Xbox or Playstation controller. Instead, you are forced to choose between a number of pre-mapped controller layouts, each of which only really changes one or two buttons around. Unfortunately, these layouts really don’t cater to modern day gaming preferences at all. For example, there is no layout that makes the Y or Triangle button the menu button, which has become an accepted game control standard at this point. Meanwhile, there are plenty of layouts that allow you several different ways to reload your gun in the middle of battle, which feels redundant.

The game features multiple different sound modes, tweaked for whether you are playing on a TV or sound system, and these really do make a world of difference. Horror games tend to take their sound design seriously and Resident Evil 0 HD Remaster is no exception. The music is still fantastic and when paired with a full sound system, the sound design will have you flinching and looking over your shoulder. 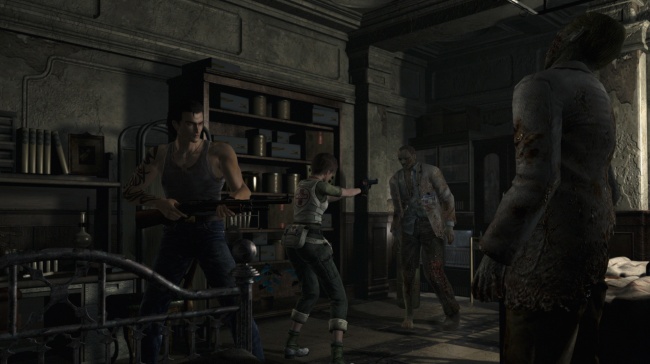 As for graphics, which tend to be the biggest selling point in remakes like this, it’s the environments that got the biggest face lift. While they are all are still composed of static camera angles, it’s hard to tell that they weren’t made for a modern day release at points. Textures are incredibly sharp, and the lighting engine does a fantastic job of rendering everything from sparks on an electrical wire, to lightning flashes through a window.

But the characters, on the other hand, haven’t fared so well. While their textures have also seen a face lift, there’s something odd and glossy about them, which makes them look like action figures rather than human beings. It also doesn’t help that character animations haven’t aged well. They are all very stiff and mannequin like. While movement itself is very smooth, mostly due to the 60FPS upgrade, animations pale in comparison to games made in this, or even the last generation.

The graphics just get worse when we get into pre-rendered cutscenes. Arguably, the models here are worse than the in-game models. They move worse, have even glossier and paler textures, and frankly look like a relic from an age long past.

The biggest faults in the game all stem from the original build it was based on. Voice acting is campy and unemotional and lip-flaps don’t match what characters are saying. Ink-ribbon based saving, while certainly a nostalgic throwback, is frustrating and feels like a cheap way to up the difficulty. The pacing of the game is way off, freezing when characters examine things, and cuing cutscenes out of nowhere, effectively breaking the tension. Loading screens are unnecessarily long as we wait for characters to open doors and climb stairs in first person. Managing a limited inventory between two characters gets frustrating just a few minutes after the game starts.

But all of this is stuff that fans, or haters, of the original game already know. In terms of new content, most of the changes are cosmetic, as I described before, and nothing says cosmetic changes more than costumes. If you like playing dress-up, then you will absolutely love this port. Rebecca can be put in everything from a cheerleader outfit to a nurse uniform to a sexy leather getup. Billy can similarly run the gamut from hardcore commando, to dapper man in a suit, to Cody from Street Fighter.

There is also one new game mode to speak of, the much advertised “Wesker Mode” which replaces Billy with everyone’s favorite Resident Evil villain, Albert Wester. While it’s true that Wesker does play differently from Billy, these changes are only slight differences. For example, Wesker has a dash which will make him a favorite of speedrunners, but using this dash immediately separates him from Rebecca limiting its use for most of the game. He can attack with his super-powers but these obviously reuse Billy’s other animations and look kind of awkward as a result. What’s most disappointing is that this mode isn’t available from the start of a New Game, and playing the game to unlock Wesker Mode, just to play it again with these slight modifications is something I doubt many will have the patience for.

In the end, I wish that Capcom did more with Resident Evil 0 HD Remaster, which is weird since they did so much already. It just feels like they focused on the wrong aspects of the game to “remaster.” It would have been nice if, say, it was slightly easier to aim, or if there was an on screen HUD that showed your life and ammo. Yes, I know that this breaks tradition of early Resident Evil games, but so did Resident Evil 4 and it’s largely considered a masterpiece. It’s obvious that Resident Evil 0 HD Remaster is the best way to play Resident Evil 0, but that’s only if you are an old fan that wanted to replay it in the first place. Otherwise, it does very little to help introduce the game to a more modern generation of gamers.

Bottom Line: Resident Evil 0 HD Remaster includes more content than most HD remasters, but does little to fix design flaws from the original.

Recommendation: You have to be a fan of the original for this to be worth your while. If so, then this is the definitive version of Resident Evil 0. If not, when there are better games to play if you need to get acquainted with the franchise.