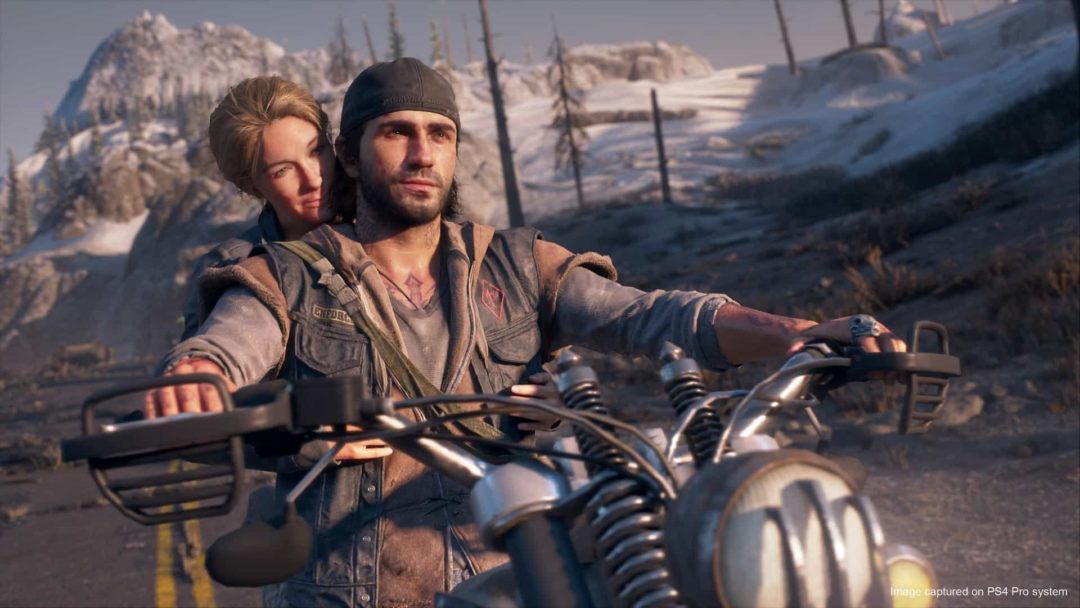 The zombie apocalypse isn’t worth surviving at first glance. Enduring a lifetime of horrible food, abysmal cellular reception, and the constant paranoia associated with living a day-to-death existence sounds overwhelming. Forget about whether or not we can strategically out-sprint an undead horde or can ruthlessly murder other survivors if necessary: the more important question is why would anyone want to endure such a bloodthirsty hellscape? Why suffer through a tortuously bleak reality for so little joy in return?

Days Gone offers an emotional rebuttal to zombie apocalypse nihilism. The new open world PS4 zombie game by SIE Bend Studios emphasizes the importance of interpersonal relationships. With its tone, lore, Pacific Northwest setting, and main protagonist Deacon — a biker making ends meet as a bounty hunter within this devastated world — Days Gone tells a poignant tale. As Deacon, you accept jobs from various rival settlements who offer unique upgrades for your motorcycle and weapons. Completing these missions increases your standing with respective camps which in turn unlocks superior gear.

Deacon, ruthless he may be, is not entirely cold hearted. To the contrary, he is incredibly sentimental. While Deacon may torch Freakers (Days Gone’s colloquial name for zombies) with Molotov cocktails or slit the throats of marauders roaming the backroads without remorse, the rough and tough biker’s humanity remains intact due to his surviving best friend Boozer and the touching memories of his lost love Sarah. There truly is some heart inside this unforgiving tale.

The mission structure reflects the nuanced character development. Where open world titles like Assassin’s Creed and Far Cry are monotonous chorefests requiring you to repeat a checklist of tasks, Days Gone is much more personalized. I was regularly struck by similar it is to a Rockstar production. The plot is pure Rockstar: an overarching narrative rife with intersecting storylines and recurring characters rather than just one typical main quest speckled with diversions that don’t change the big picture. In action, this intuitive storytelling allows Days Gone to be well paced and constantly engaging even on a mechanical level, introducing new enemies to fight, characters to meet, and locales to explore with your roaring bike.

Speaking of the locations: the world within Days Gone is breathtaking. Even though the map is modest compared to the landscapes found in other games — smaller than Red Dead Redemption 2, but still bigger than Crackdown 3 — Day’s Gone’s world gone wrong is distinct and an extension of the game’s commitment to character. Whether it’s lush forests, murky lakes, mountains, decaying farms, or abandoned towns, the land’s rich detail breeds a sense of familiarity to the setting. In fact, it feels like one’s own neighborhood which is fitting because it is Deacon’s home, and it’s worthy of exploration. Despite the environment’s diminutive size, Days Gone is jam-packed with Freaker infestations to purge, government facilities to loot, random world events, secret safe houses, and plenty of material to scavenge.

How couldn’t I be swept away by this expansive backwater? It’s beautiful and worth defending but it’s unforgivingly brutal to traverse thanks to its perilous terrain. In Days Gone, you’ll need every advantage possible and do whatever is necessary in to protect the living. The action reflects that cold truth, blending  shooting, stealth, bare knuckle brawling, and resource gathering as instrumental parts of your mission to survive. The combat is thrillingly situational and results in dramatic consequences.

For example: one night I got caught sneaking into an enemy encampment and began firing every bullet I had despite knowing gunfire might attract the attention of Freakers. Bringing on the zombie heat is especially problematic because they move in bigger numbers during nighttime. When my ammunition inevitably ran dry, I equipped a fence post, dodge rolled from cover to cover, and executed an enemy. While looting their shocked corpse, I found a frag grenade and chucked it like a hot-potato. I was advancing on the remaining enemies until a horde of Freakers were running en masse, World War Z-style towards anyone with a delicious brain. I bolted back to my motorcycle to the point of being nearly out of stamina, started riding until my gas tank was empty, and then proceeded to hide in a dumpster until dawn. Shit happens.

Speaking of shit: Days Gone contains a few imperfections in the tech department. Bugs and glitches occur often and they usually aren’t the entertaining kind. The worst one I ran into was an audio glitch that would mute the environmental audio (i.e. the motorcycle, gunfire, etc). Rebooting the software was the only way to fix this issue, but then you have to wait through an ungodly long loading sequence that’s blank save for a spinning piece doodad in the corner that looks like an asset lifted from Bend’s Uncharted: The Golden Abyss for PS Vita.

Glitches aside, Days Gone is a remarkable surprise. Open worlds and zombie games are a dime-a-lootbox and have been for years, yet SIE Bend Studios rose to the occasion. In theory, Days Gone’s undead sandbox sounds dated and cliche. In practice, a hybrid of The Sons of Anarchy, The Last of Us, and Red Dead Redemption is a truly captivating experience thanks to Deacon’s sympathetic presence. After all, none of us could do better in Deacon’s situation as he attempts to maintain his humanity in the face of the living death, fighting for the future by remembering  love, life, and the days gone.