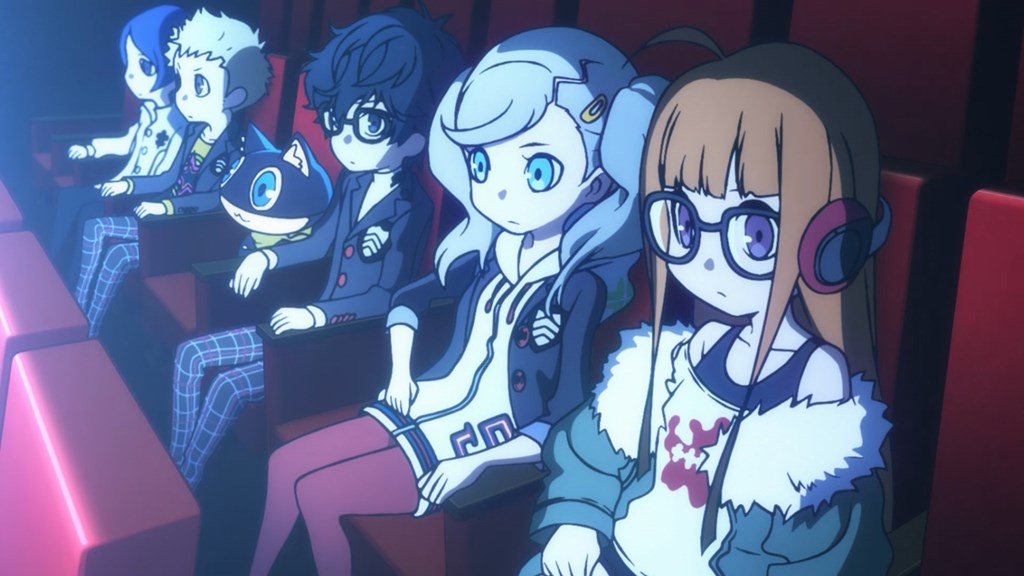 A cultural era came to a close with an ambitious crossover that brought together an enormous number of popular characters for a heaping pile of fan service where the introductions and banter were just as important as the big fights. That description doesn’t just fit Avengers: Infinity War and Endgame but Atlus’ Persona Q2: New Cinema Labyrinth, which is likely to be the last major game released on the Nintendo 3DS.

Mashing together the casts of Persona 3, 4 and 5 and the old-school dungeon-crawling mechanics of the Etrian Odyssey franchise, the sequel to 2014’s Persona Q: Shadow of the Labyrinth doesn’t actually have the grace, emotional depth, or dramatic flare of the films that closed out a decade of MCU dominance. Tonally it’s more akin to one of the CW’s DC superhero crossover events with highly disparate characters coming together to deal with a pretty silly problem with a lot of jokes and pop culture references. While the big crossover is a fitting end to the 3DS’ reign as the top handheld gaming system, the Persona franchise will surely live on so no one’s in a hurry to start killing off characters.

“The plot isn’t really explained. Like with Infinity War, it’s pretty much assumed that if you’ve turned up here, you know what’s going on.”

Persona Q2 kicks off with Persona 5’s crew of Phantom Thieves engaging in their usual after school activities of delving into a secret world to steal peoples hearts and cruise around in a My Neighbor Totoro-style cat bus. While you get brief character bios on everyone, including the talking cat/vehicle Morgana, the plot isn’t really explained. Like with Infinity War, it’s assumed that if you’ve turned up here, you know what’s going on. But then the bus goes out of control landing the Phantom Thieves in a strange city they can only exit by going through a projector screen into a movie theater, where they find they’re trapped with some new characters – a theater employee and a painfully shy patron. Two of their friends are trapped in the film, where a former Persona villain has taken on the starring role as a Superman-style superhero who punishes anyone who doesn’t show him proper admiration. Also the film is projected by some sort of monster that just appeared in the theater.

Things just get weirder from there as a constant stream of characters from the other Persona games show up, try to explain their deals, and alternately spend time freaking out, trying to help, and generally needling each other. It’s the kind of quirky character-driven plot the series is built on and it’s assisted by some really attractive animated cutscenes to go with the traditional dialogue boxes.

The movie setting also gracefully emphasizes the goofy, meta feel. Characters are healed by eating popcorn and wield weapons like an oversized pen light and Indiana Jones’ whip, which are sold side by side at the concession stand. After debating over whether they should call a particularly dangerous enemy that looks like a costumed bird Chickenman, the theater curator Nagi strings together some French cinema terms that can conveniently be shortened into FOEs, the name for powerful enemies that moved in a fixed path in the Etrian Odyssey series. Things work a little differently in movie world, which is why the heroes are all powered down in some ways (they’re starting at level 1) and up in others (everyone can get more than one Persona to give them special powers). Navigation from outside the dungeon doesn’t work so the party has to go old school and plot things out with a notepad representing the in-game mapping function.

Like in the Etrian Odyssey games and Persona Q, keeping a detailed map is key to navigating the sprawling dungeons which are filled with secret passages, farmable treasure caches, and chests filled with valuable items that can only be opened once an entire floor has been explored. Dungeons still feel flat and a bit visually monotonous but the film theme actually helps create a sort of in-game reason for that since the characters are moving around defined sets populated by extras while getting constantly jumped by monsters.

The combat system is familiar but still challenging, requiring players to craft parties based on their elemental affinities, powers, and whether they’re best suited to casting from the back or dealing out damage from the front line. Targeting an enemy with the attack they’re weak against or landing a critical hit puts you into boost mode, which lets you unleash other powerful attacks without spending more resources. These attacks are the key to getting through chunks of the dungeon without having to constantly backtrack or spend money on items that will teleport everyone back to the theater for healing. Get enough big hits and you’ll trigger an all-out-attack, a pile-on animated like a classic cartoon brawl where your heroes are likely to emerge from the cloud of fists and sound effects victorious and possibly with some bonus loot.

Considering how rapid fire the plot and dialogue are it’s a shame that the game gets so bogged down in the dungeon. You want to have your characters at approximately the same level so that you’ll always have the right tool for the job and you can’t even give them a boost by equipping higher level Personas because they’ll be powered down if the main level isn’t close. Unfortunately only active characters get XP. Considering just how many characters there are to level and gear up, that means a ton of grinding. If you push too hard on anything but the easiest difficulty setting you’re likely to lose progress when your party gets knocked out of the dungeon.

The merits and flaws of Persona Q2 are exactly what you’d expect from the series. It’s delivering the same mechanics which are alternately tedious, punishing and strategically exciting and the chance to have a host of dysfunctional heroes tease, flirt and ultimately fight alongside each other. Like Endgame, Q2 is both a fitting finale but also a look forward. So long as people love watching larger than life figures pummeling each other on the big screen, there will be Marvel movies. So long as people love spending dozens of hours building parties and exploring dungeons, Atlus will keep making Nintendo handheld games. This era is over, but the genre lives on.