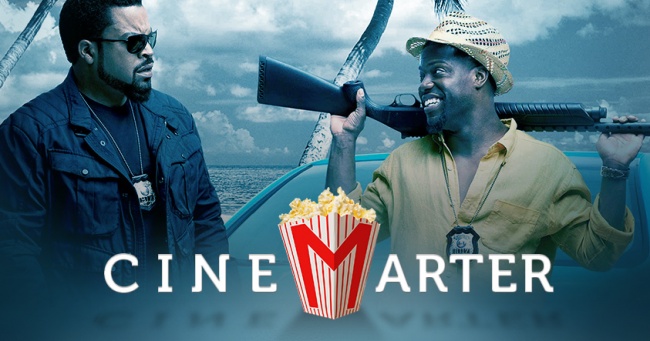 It feels like every year we get one or two buddy cop movies that just serve to remind us that we probably don’t need to do buddy cop movies anymore. How often, at least lately, have these things worked? And even when they do work, how many of them are anything more than a passable distraction? One of the higher grossing ones in recent years was Ride Along, which paired Kevin Hart and Ice Cube together. It didn’t work, but we didn’t know that at the time. There are stranger combinations that have been successful. But it made something like 6x its budget – something to do with its target audience being underrepresented in Hollywood – so two years later the cast and crew returns for another round.

Of course, knowing that the “comedic” pairing doesn’t work didn’t stop the sequel, nor did it stop it from basically just doing the same thing the original did, but now with diminished returns, reused jokes and plot threads, and an overall feeling of laziness and boredom from all involved. Now a probationary police officer, Ben (Hart) is finally ready to marry Angela (Tika Sumpter). Angela’s brother, James (Cube), doesn’t really like Ben, but Ben earned his respect in the first film after the two teamed up to solve the crime of Nobody Cares. 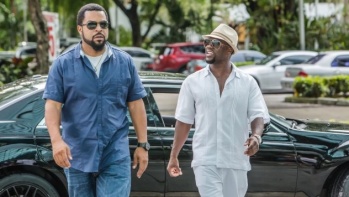 So, it might come as a huge surprise that Ben once again has to earn James’ respect, this time by coming with him to Miami in order to take down a drug lord named Antonio Pope (Benjamin Bratt). Didn’t we just do this? Of course we did! But why would the filmmakers try to be creative when the option to be lazy exists? This time along, they’re joined by a local homicide detective, Maya (Olivia Munn), and a hacker, AJ (Ken Jeong), in hopes that adding more people will increase the number of laughs. Unfortunately for us, that didn’t happen.

Ride Along 2 is the lazy cash-grab sequel that everyone should have expected it to be.

The new additions aren’t much of a help, either. Olivia Munn isn’t funny and is even worse at dramatic acting, making you question why she’s here – until you realize she’s here to be leered at by many in the audience. Ken Jeong and Kevin Hart actually get a nice rapport going on for some of the film, but their moments get cut far too short and, because Hart’s still mostly just being annoying, that can only go so far.

Ride Along 2, just like the first film, has been directed by Tim Story. He’s not a household name, but he should best be remembered for directing the mid-2000s Fantastic Four films. That should give you an idea of the action scenes that Ride Along 2 has going for it. They’re not exciting or put together all that well; it’s a visually bland movie from start to finish. That is, save for one chase scene, which comes across like a knockoff version of a PS2 Grand Theft Auto game, complete with the bad CGI that would emulate graphics of that era. It’s a baffling scene that apparently means Hart’s character views his life through that sort of lens (he’s seen playing the game earlier in the film, then visualizes this chase scene like he’s playing the game). What depth to these characters. Wow.

Ride Along 2 is the lazy cash-grab sequel that everyone should have expected it to be. It’s a lazy retread of many of the same plot points and jokes of the first film. Kevin Hart is loud and annoying, Ice Cube is grumpy, and it’s supposed to be humorous. Both lead actors can be good, and can be funny, but they didn’t gel together the first time, and here it’s even worse. Both actors deserve better, and so do we. If you saw Ride Along, you’ve more or less already seen Ride Along 2. And if you haven’t? Well, there are better buddy cop movies out there. See the Jump Street movies. Ice Cube’s even in those. And he’s fantastic!

Bottom Line: Ride Along 2 is a lazy retread of the first film, which means it’s not at all funny.

Recommendation: Skip Ride Along and its sequel. See the Jump Street movies. Or, like, 2 Guns.