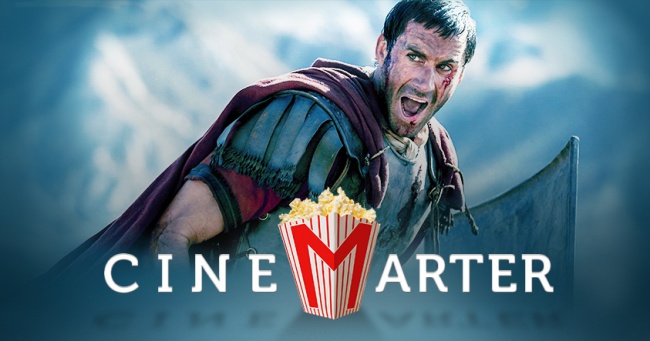 Risen is another example of a film that sounds better as a pitch on paper than it does as a full-fledged idea. It’s a detective movie set in biblical times, and it chronicles the tale of Clavius (Joseph Fiennes), an agnostic Roman Centurion, who is tasked with tracking down Jesus Christ (Cliff Curtis) following Jesus’ zombification resurrection. That, without a doubt, is a good idea for a movie on paper. It’s a different take on a well-known story, and while it’s clear from the outset that there’s a definite goal from the people telling the story, it being different is enough to make it interesting.

The problem comes from the type of movie Risen winds up being. If you’ve ever heard the story of Christ’s resurrection before – or realize that the film has been produced by Affirm Films (a Sony subdivision that makes films primarily for Christian audiences – to “affirm” their faith) – then any sense of mystery that the detective story might have gets thrown out the window. You know he’s going to discover that, no, Jesus’ body wasn’t just stolen; he was resurrected. And considering the first hour or so of the film is dedicated to this very “mystery,” it falls apart before it even had a chance. If there was a bit of subtlety, perhaps it wouldn’t be so painfully clear what happened, but that isn’t the case. 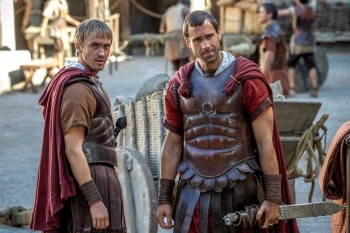 So, you know that Clavius eventually locates Jesus, who has come back from the dead. Risen plays for another 45 minutes after this point. It turns out that the story we’re telling isn’t so much for Clavius to find Jesus – it’s to find Jesus. But there’s no narrative pull here, save for the rest of the Roman army trying to track down Clavius and his new friends, Jesus’ disciples. A good chunk of it has the characters sitting around and talking about how awesome Jesus is. The hook of the film is gone, and it feels meandering from this point forward. That might be okay if the first hour had compelled us, and watching Clavius’ conversion from nonbeliever to believer was interesting, but since none of those things are true, the film doesn’t work.

Some of that falls on the shoulder of Joseph Fiennes, who is great as a stoic Centurion but not so good as a man whose entire belief system comes crashing down. Instead of showing, say, awe, he remains stoic. Any character growth he shows is delivered through dialogue, not facial expression. He’s fun to watch for the first hour, when he’s in Roman Detective Mode, but after he’s switched sides, he remains in that mode. This is likely more of an issue with Kevin Reynolds‘ direction than with Fiennes himself – Fiennes is a fine actor – but it’s a problem nonetheless.

Risen is far superior to a lot of these movies by simple virtue that it isn’t an insufferably preachy film.

Still, Risen isn’t all bad. While it has a clear and ever-present agenda, it doesn’t feel anywhere near as preachy as these things often do. If you’re a nonbeliever, these faith-based movies are often intolerable because of how frequently and violently they try to shove their message down your throat. Risen, meanwhile, is content just sort of doing its thing, not particularly caring whether or not you believe; it does, and that’s all that matters.

The sets, costuming, and just general feeling of the time period is also quite effective. While I’ve said “Jesus” in this review for simplicity’s sake, I don’t think that name is actually used in the film even once; Jesus is referred to as “Yeshua,” the Hebrew name. It’s a small thing, but it indicates a level of care that you don’t often get to see. Risen didn’t have the largest budget – it’s reportedly only $20 million – but it doesn’t lack in production values. I’ll take something like Risen at $20 million than The Legend of Hercules at $70 million any day of the week.

Joseph Fiennes is joined by his cop buddy Tom Felton, who doesn’t show any acting depth here except for his apparent inability to blink while in focus. Seriously, I don’t think he blinks once while in the foreground. It’s like he was dared to keep his eyes open for his entire screen time. Peter Firth shows up as Pontius Pilate, the man who ordered Jesus’ crucifixion and then the proceeding manhunt. He’s fine, I guess, but he doesn’t do a whole lot. Cliff Curtis makes for a kind but otherwise bland Jesus.

Risen is far superior to a lot of these movies by simple virtue that it isn’t an insufferably preachy film. It’s still a project that sounds better than it does when given more thought – I wonder why that feels appropriate. The plot is divided in two, but neither part works. Joseph Fiennes is fine as a stoic warrior but falters when it comes to showcasing a change in character. But the film has decent production values, it is, at least, a different take on a well-known story, and it’s a tolerable movie on the whole. It’s unchallenging and largely boring, but it’s hard to actively hate.

Bottom Line: It’s boring and its plot doesn’t work at all, but Risen isn’t a terrible watch.

Recommendation: Risen isn’t worth seeing, but if you for some reason have to watch a faith-based film, you could do worse.

Gen Con May Be Expanding, and Wants Your Input On Where