Despite having an extremely enthusiastic player base, gamers in Southeast Asia are little acknowledged in the wider gaming industry. Ubisoft opened a studio in the Philippines in 2016, but none of the developer’s games support the Filipino language. Fewer still are games set in the region, with only Nathan Drake’s brief stint in Borneo during Uncharted 2 (which did show off some beautiful vistas and terrible attempts at Malay) coming to mind. This gaming cultural void is being tackled by Rising SEA Games, a collaboration between independent creators in Singapore, Malaysia, Indonesia, and the Philippines. The group’s first project, Woven, is the result of three short game jams, led first by developing a series of musical tracks in a three-hour session, game mechanics in 12 hours, and artwork in a final three-hour jam.

It is a delightful free collection of eight brief experiences that play with a wide array of concepts and styles. Below is a closer look at a few of the titles, but I urge those interested to play the whole lot on the project’s itch.io page.

Naga is a peaceful game of drawing constellations upon the night sky. The player’s boat drifts slowly from right to left, gradually revealing more constellations to complete. Once a pattern is completed, an image appears, showing how the ancient Filipino interpretation of the stars differed from that of other cultures. Astronomy was incredibly important to the early Filipino culture, helping them to determine the right time to hunt or harvest.

I would have liked to have seen a bit more of this history incorporated into the game itself, maybe as a short note about what each symbol represented. I could see that what I know as the “Big Dipper” was a kind of woven basket, but I was unsure of the basket’s significance. Nonetheless, Naga is a very calming experience, enhanced by the shining waterscape and mellow background music. 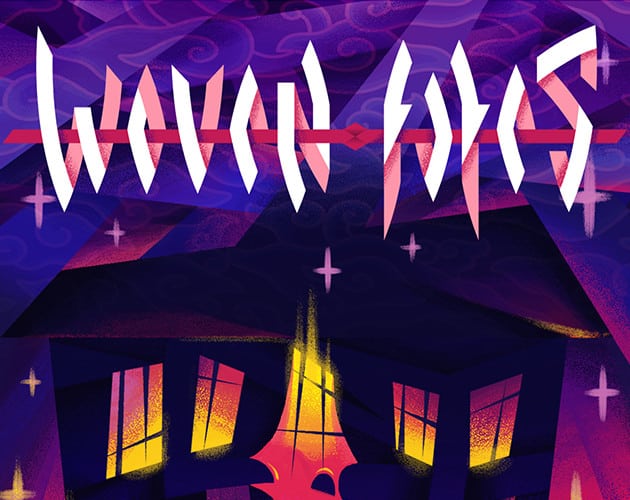 Woven Fates is a fast-paced murder mystery game, where the identity of a mansion’s inhabitants must be determined before the killing takes place. A few minutes before the murder occurs, the house-dwellers pace back and forth through the house, with the rooms they linger in offering a clue as to which member of the household they might be. The cook and butler would both hang out in the kitchen, for example, but only one would visit the parlour, narrowing down which of the two must be the butler.

You cannot focus down too hard on one character, however, as the killers and identities are mixed up each time, and as such what each character is up to might be irrelevant. Once I had my head around the rules, Woven Fates was probably my favourite experience in the collection — a tight little puzzle game with a striking aesthetic.

The characters are portrayed as black silhouettes against a colorful background, a modern twist on Indonesian shadow puppets. As shadow puppets are often used to tell the tale of the Ramayana, which is an ancient epic full of betrayal and intrigue, the form is especially fitting for a murder mystery.

Sound Patch is a simple physics platformer where the player must loop thread around all the buttons floating on the screen. As each button is woven into the thread, a new instrument is added into the background music, resulting in an increasingly complex tune as the level progresses. Sound Patch is the easiest to pick up and play in the collection, although a few changes would make the game even more approachable.

The needle and thread move in the direction of the clicking mouse, but spotting the cursor over the pale background is sometimes difficult. A chunkier custom graphic rather than the Windows standard pointer would stand out better. Each click also only pulls the thread a small distance, which in the later layouts results in a bit of button-mashing to reach the buttons in the furthest corners of the screen. A heartier yank with each button press would feel a bit more satisfying.

Ultimately, Sound Patch takes the most literal interpretation of the woven theme, with each level giving a feel of crafting a mystical garment. 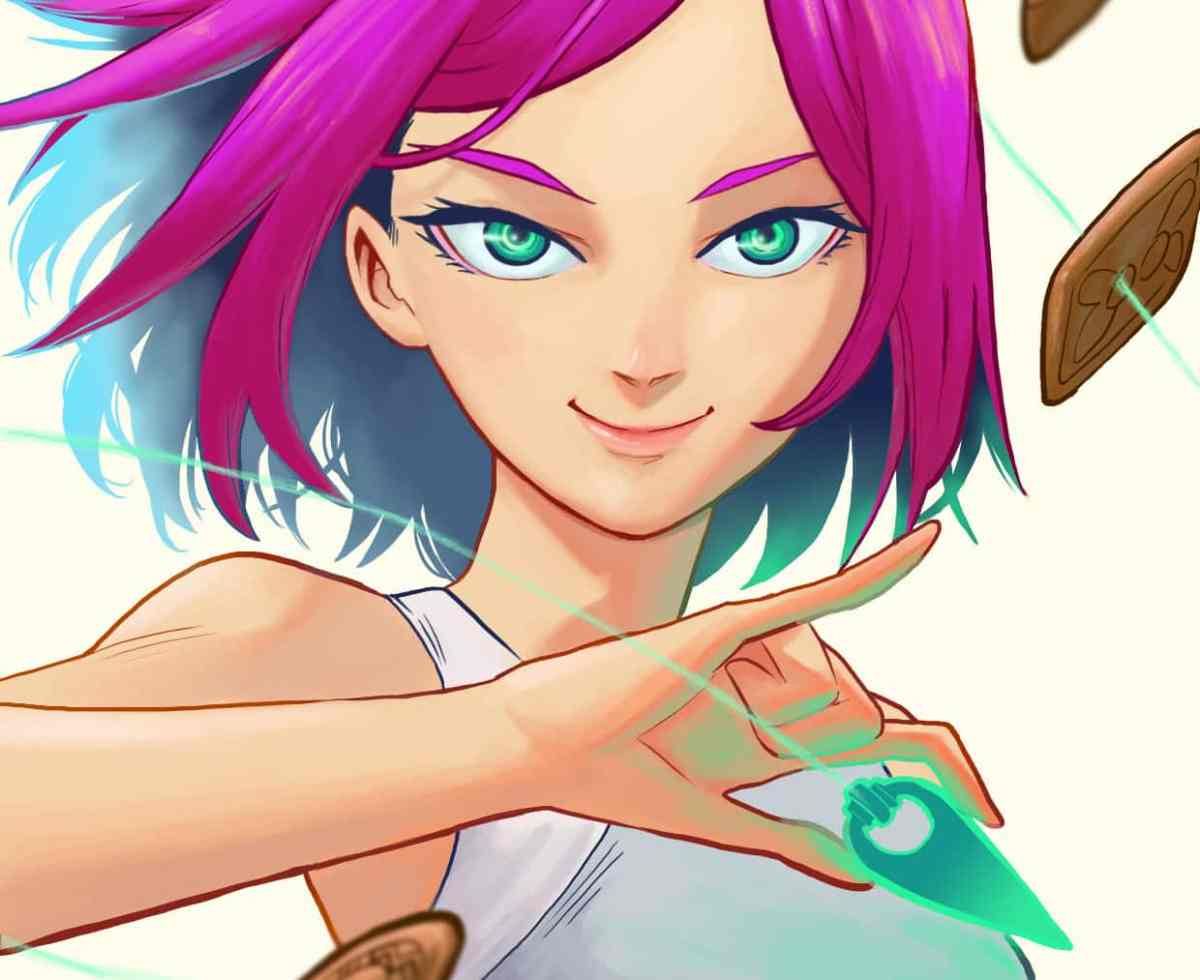 Ambag, which is the Filipino word for “contribution,” is a short adventure game about helping a village prepare for a storm. The Babaylan, who is the village’s shaman or spiritual leader, visits her people to find out their wants and needs. Each character has a problem that can be solved with something that another one can provide: The blacksmith can fix a broken boat, but he cannot work due to the ghosts lurking in his workshop. A young family wants the fisherman to come home, but he cannot go until he has eaten something. The Babaylan helps the villagers by linking them together on an altar, sending food to the hungry fisherman and spiritual power to clear the ghosts. She only has a limited number of links, however, so satisfying each person without messing up another link is tricky.

Once the player is familiar with each character’s desires, most of the game will be spent in the Babaylan’s altar room trying to get the combination of links correct. The more sections that are correct, the more intensely the background music plays, giving a hint of when the player is on the right track without spoiling the puzzle. 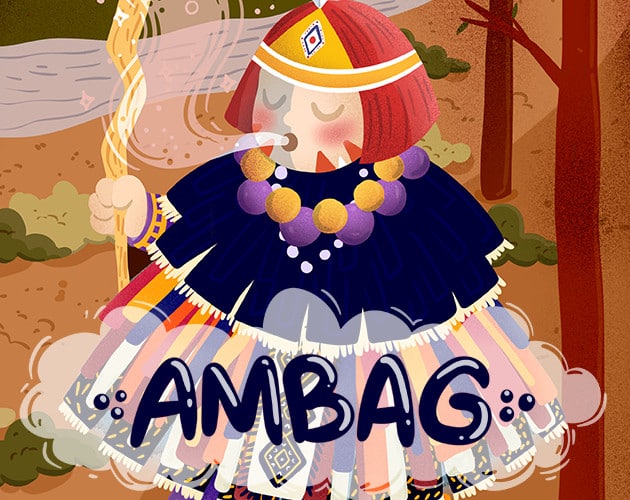 I would have liked the option to remove one link at a time, rather than clearing the whole screen. A few times I was very close to solving the puzzle, but when trying to correct the last thread, I would reconstruct the lines incorrectly and end up further away from the solution. Finally getting the right answer was really rewarding though, with Ambag certainly proving the most challenging game of the bunch.

While these four games were my favorites, the whole Rising SEA Woven collection is well worth a play, providing a playful look into Southeast Asian cultures. The collaborative nature of the jams resulted in a high level of polish across aesthetics, gameplay, and audio for each game. Stuffing so much personality into less than 50 MB per game is incredibly impressive, and I enjoyed learning more about each culture. For those who wish to support the developers, a package of artwork developed for the project is available for pay-what-you-want.

Next week we will be playing Legend of Towercraft, a tower defense game with RPG elements. The game can be downloaded from Steam. If you would like to share your thoughts, discussions will be happening on the Discord server.