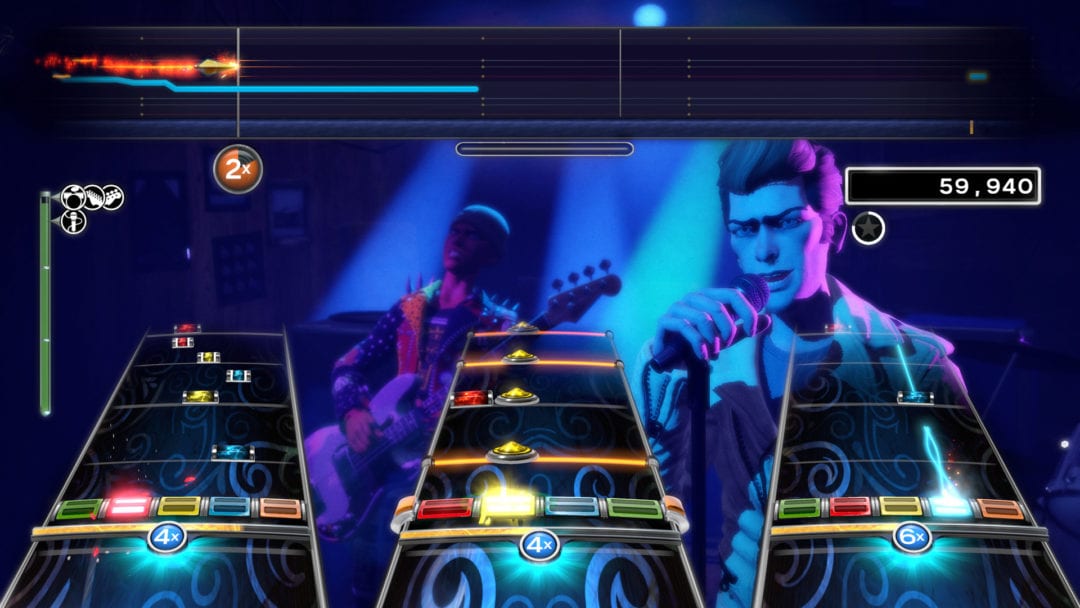 Rock Band saved my life. Harmonix’s cooperative rock musician simulator may be known for its dust-collecting plastic peripherals, but to me, Rock Band is much more than just a game. I connect with Rock Band so thoroughly because the rhythm game prevented me from committing suicide during a severe year- long episode with obsessive compulsive disorder. No hyperbole: I really would be dead if not for Rock Band.

This war inside my brain began four years ago. While I’d always suffered from OCD,  I wasn’t diagnosed with the condition until December 2015 when it almost killed me. On one unfortunate morning, I awoke with unshakeable anxiety. Life itself seemed pointless. While I wasn’t exactly afraid of anything in particular, I couldn’t shake the disturbing feeling that I should dispose of myself. The prospect of working a dry office job until I expired seemed entirely pointless. I couldn’t shake the thought that I should end my own life by throwing myself out an apartment window or stabbing myself in the throat with the pencil I was gripping.

After living with the temptation to end my life over a two month span, I admitted myself to an inpatient facility. I stayed there for two weeks and was diagnosed with OCD due to obsessing over anxieties to such a degree that I was in severe distress.

I’ve discussed my experiences with OCD before, but it’s almost impossible to verbalize how all-consuming this damn illness is. Without medication, my mind is in a constant panicked state and my frantic thought process reflects. Untreated, I think out every possible scenario and fixate on the worst one. OCD is a rabbit hole or Pandora’s box in that you can think about each chain of events to such a degree that the worries eventually become irrational.

This heightened panic literally alters my senses, inducing a psychotic state where I begin to see and talk to people that I know aren’t there. My mind plays never-ending background music and various noises. I often felt faint due to the sensory overload. I wanted to get this excruciating pressure out of my head by any means necessary, leading to further suicidal ideation that expedited the decline of my mental health.

But then came my Rock Band therapy.

Rock Band rescued me. When I felt low or wanted to sleep through the rest of my life, I would roll out of my blanket cocoon, hook the plastic guitar peripheral to my Xbox, and insert the Rock Band disc . The game evoked a powerful, positive nostalgia. I had been rocking out to the game’s Metallica and Iron Maiden cuts and screeching to Rob Halford’s vocals in “Painkiller” since 2007.

The game took me to a happier place and time, before I was dealing my illness and transgender experience. Better yet, the game gives wanna be rock stars like myself a genuinely evocative taste of the big band life.

At this point in my life I wasn’t just playing the game for its great library of music. Rock Band’s emphasis on rhythm in turn allowed me to focus in a way that traditional games couldn’t. Games such as Metal Gear Solid V: The Phantom Pain distracted my OCD temporarily but it inevitably overwhelmed me., With Rock Band, all of my senses needed to be at attention; my eyes, ears, and hands all had to be in sync. When I was panicking, Rock Band’s songs could tune out auditory hallucinations and banish the pain in my brain.

I needed to be paying attention so I could get all of it right. The dual responsibility of strumming with the right hand and pressing frets with the left ensured that I lasered in on achieving a perfect expert score. I had no time for illusions, fear, or trippy psychotic episodes — my virtual bandmates and fans were counting on me. I needed to deliver a truly kickass show with a perfectly cohesive setlist of Coheed and Cambria, Slipknot, David Bowie, the Bee Gees, and Timmy and the Lords of the Underworld.

I played for six months until I had healed enough that I didn’t need a plastic drum kit to ensure I would get out of bed in the morning. Admittedly, I haven’t shredded that guitar for over a year, but whenever I start to see people that aren’t there in my periphery vision or begin to imagine things when panicking, I will often tap my foot and bang my head to the groove of a Rock Band tune in order to keep myself afloat.