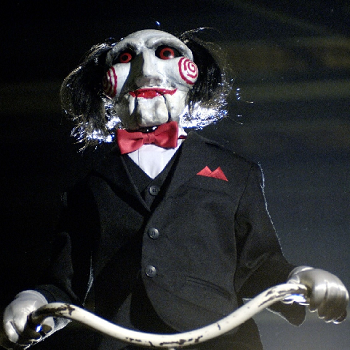 It looks like Lionsgate’s cash cow is making a comeback, and yes, there will almost certainly be blood.

If the reviews for the first seven entries in the franchise are any indication, it would be safe to say that a Saw movie will probably never wind up on any film critic’s “Best of” list. When it comes to box office returns, however, it would appear that James Wan & Co can do no wrong. On an average budget of around 10 million dollars and an average return of over $100 million, Saw has easily been one of Lionsgate Entertainment’s most profitable franchises, and held dominion over October releases for years until Paranormal Activity came along.

Saw has been such a hit for Lionsgate, in fact, that even as they were ending the series with 2010’s aptly-titled Saw 3D:The Final Chapter, there were already internal rumblings about a potential reboot of the 2004 modern horror classic that started it all. Those plans were eventually abandoned, and now, rumor has it that Saw will be returning in 2017…with another sequel titled Saw: Legacy.

Bloody-Disgusting has the scoop:

After five years of pitches, and a re-release of the classic back in 2014, Lionsgate has decided to move forward with an eighth film in the franchise, according to a trustworthy tracking board.

James Wan, who has gone on to direct Insidious, The Conjuring, Dead Silence and Fast 7, will executive produce with Whannell.

For those hoping that Wan would finally be returning to the director’s chair for the eighth entry, this news may come as an ugly bit of foreshadowing. As silly as it might be to discuss the narrative inconsistencies of a torture porn franchise, many of the troubles with the later Saw entries stemmed from the fact that the original visionary’s touch was nowhere to be found on them. The six sequels the film has already received were split between three different directors and five writers, and were churned out at such a breakneck pace that it’s easy to see why the franchise ended on such an unsatisfying note.

Of course, it doesn’t help that Lionsgate has hired two new guys with a shaky-at-best record to write the screenplay.

Lionsgate has tapped duo Josh Stolberg and Pete Goldfinger – the duo behind Sorority Row, Piranha 3D and Piranha 3DD – to pen Saw: Legacy, although there’s no story details at this time.