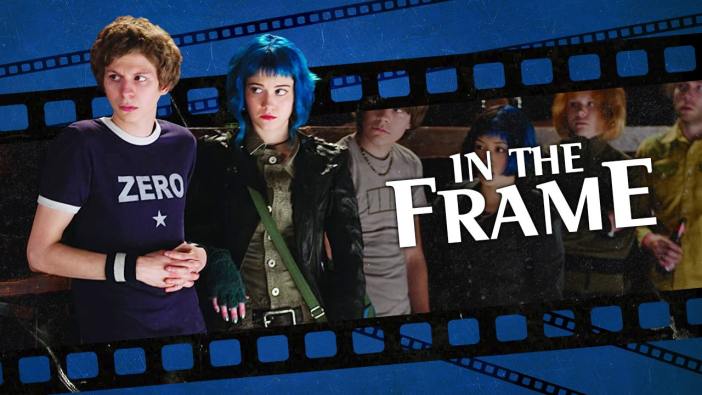 A lot can change in a decade.

When Scott Pilgrim vs. the World was released 10 years ago, it was met with strong reviews and underwhelming box office. On its opening weekend, it opened fifth at the domestic box office behind The Expendables and Eat, Pray, Love. Universal acknowledged that this was a disappointment. The studio had spent tens of millions on advertising, but there was no getting around the fact that Scott Pilgrim vs. the World was not an easy film to package as a trailer.

In some ways, history has been kind to Scott Pilgrim. Shortly after its release, Benjamin Mercer in The Atlantic had marked the film as a “cult classic” in waiting. His prediction has been vindicated. This anniversary year has been marked by retrospective features, script readings, and re-releases. Scott Pilgrim outlasted its competition. “The fact that you’re not doing a 10th anniversary article about The Expendables says it all,” director Edgar Wright told Entertainment Weekly.

It is easy to see why it took the world so long to catch up with Scott Pilgrim. The film remains a feast for the senses, a dazzlingly ambitious and energetic piece of pop art that boldly explodes off the screen. Wright has always been a filmmaker with a strong and playful aesthetic, and Scott Pilgrim afforded the British director what remains his biggest budget to date. (Scott Pilgrim’s reported $85M budget is more than twice the $34M that Baby Driver would cost.)

And yet, Scott Pilgrim remains an interesting artifact. It was a film that was almost definitely ahead of its time when it was released, but which seems almost quaint in hindsight. The film’s dazzling visuals are a frequent point of discussion and understandably so, but the film is most interesting in its study of the title character. For all that Scott Pilgrim pulses with joie de vivre, the film is unambiguously clear on one central point: Scott Pilgrim (Michael Cera) is not a nice guy. 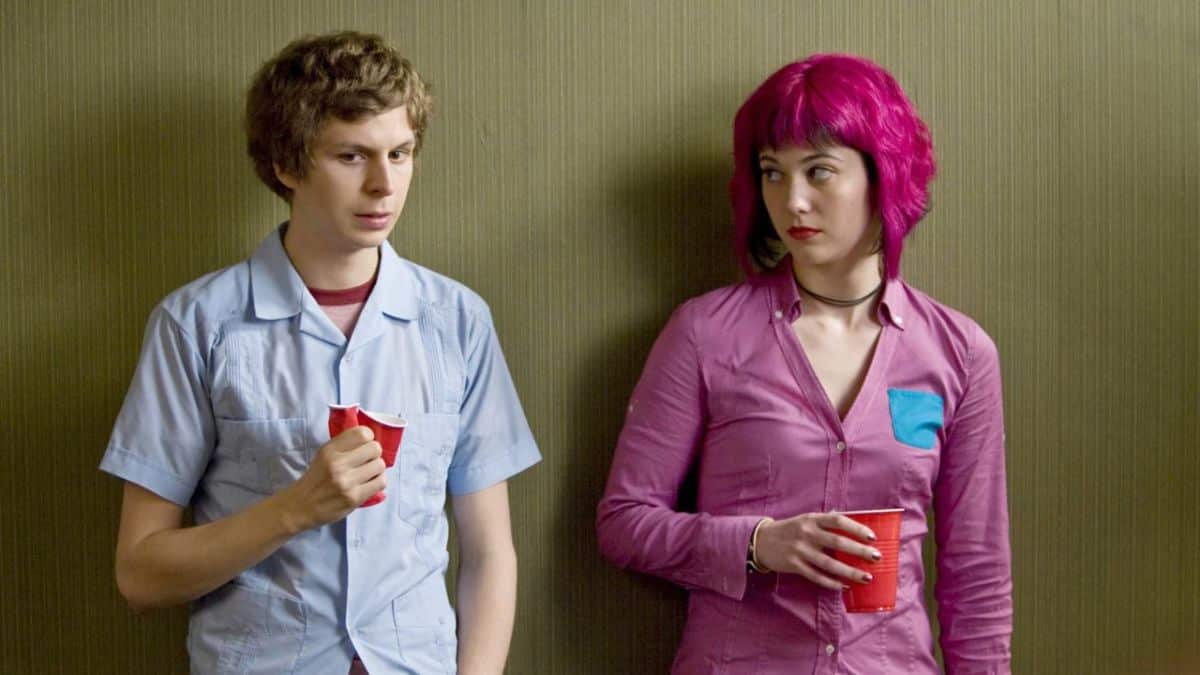 The movie opens with a narrator (Bill Hader) informing the audience that “Scott Pilgrim was dating a high schooler.” This point is so important that it is immediately reiterated by Kim (Alison Pill), later revealed to be Scott’s ex-girlfriend. Scott does himself few favors in the way that he boasts to his buddies that “she’s Chinese.” The film never downplays Scott’s creepiness. His lecherous roommate-slash-landlord Wallace (Kieran Culkin) chides, “Even I would think twice about dating a 17-year-old.”

It’s revealing that most of the criticism of Scott comes from female characters, while his male bandmates Stephen Stills (Mark Webber) and “Young Neil” (Johnny Simmons) seem in awe of him. Julie Powers (Aubrey Plaza) repeatedly lambastes Scott for being a “lady-killer wannabe jerky-jerk.” His sister Stacey (Anna Kendrick) repeatedly calls out Scott’s terrible decisions. It is Kim who lands the most biting critique, asking Scott, “I mean, are you really happy or are you really evil?”

In some ways, Scott is a variant on the protagonists of Wright’s other high-profile projects like Spaced, Shaun of the Dead, or World’s End. Scott is a young man refusing to grow up. He lives in Wallace’s flat but owns nothing but a coat. It’s unclear if he even pays rent, given Julie implies he doesn’t have a job. Even Wallace clearly wants Scott to grow up and get his own place. Scott can’t be bothered trying. He dates 17-year-old Knives Chau (Ellen Wong) because “It’s just nice. It’s simple.”

However, Scott is younger than the protagonists played by Simon Pegg in those projects, and Scott Pilgrim is much more interested in how Scott treats women. His relationship with Knives is decidedly unbalanced, to the point that she clearly worships him. (“I didn’t even know there was good music until, like, two months ago,” she screams.) When Scott’s gaze wanders to the more age-appropriate love interest Ramona Flowers (Mary Elizabeth Winstead), he continues to string Knives along. 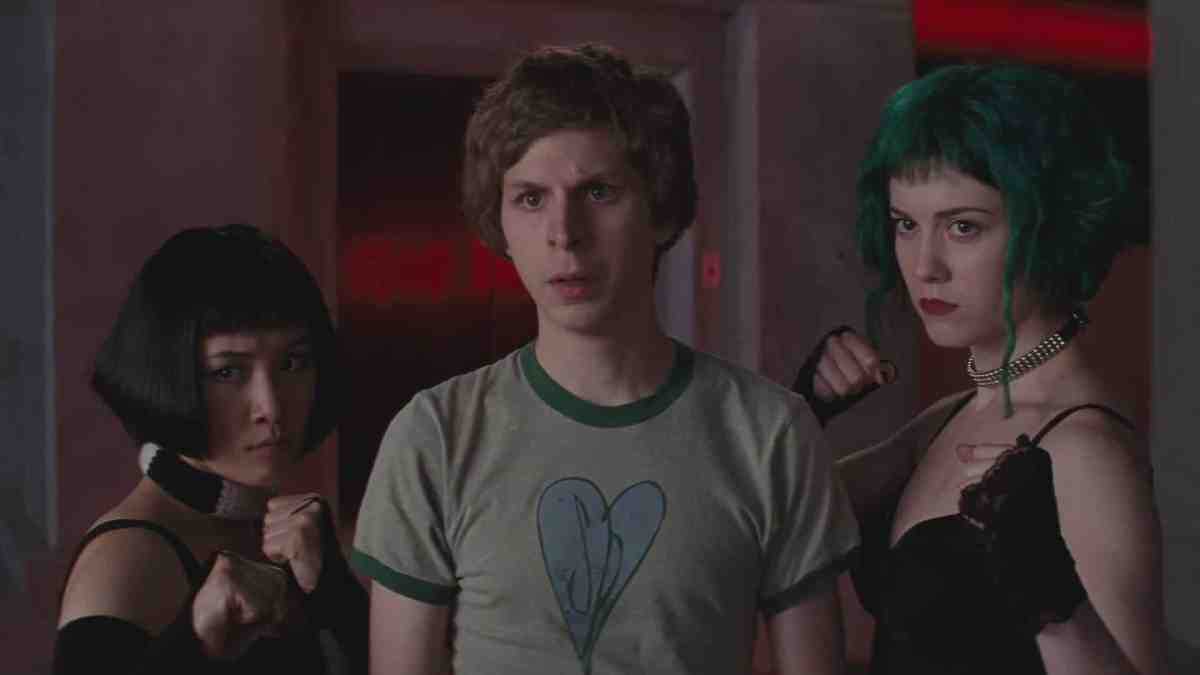 Everybody makes it clear what the right move is. Even drunk, Wallace repeatedly states, “You should break up with your fake high school girlfriend.” Stacey chastises him, “You’re thinking of juggling two chicks?” She points out how hypocritical this is, given that Scott’s last girlfriend cheated on him. Still, Scott shirks the emotional labor. “It’s hard,” he whines when Wallace forces his hand. When he eventually dumps Knives after cheating on her, it’s with a limp “we should break up or whatever.”

The emotional arc of Scott Pilgrim finds Scott confronting his own flaws. When he starts dating Ramona, he is drawn into conflict with her “seven evil exes.” Scott Pilgrim frames these confrontations like a video game, with defeated opponents exploding into a bunch of coins and each defeat awarding Scott points so that he might “level up.” The initial framing suggests that Scott has to “win” Ramona by defeating her former lovers.

Scott Pilgrim is doing something interesting here, playing with conventional masculine narratives of romance. From a young age, many boys are taught that this is how romance works — a discussion that has only broken into mainstream pop culture in the past decade. Video games, films, books, and even pop songs all instill in young men the importance of “persistence” in pursuing (or “earning”) the object of their affection, even when that object is another human being.

It seems pointed that several of Ramona’s “evil exes” work in media. Lucas Lee (Chris Evans) is a blockbuster movie star whose films include the cheesy romance Let’s Hope There’s a Heaven. Todd Ingram (Brandon Routh) is a musician who says things like, “I’m not afraid to punch a girl. I’m a rockstar.” Gideon “G-Man” Graves (Jason Schwartzman) is a record producer who sits atop a throne in his “cathedral,” Ramona kneeling by his side wearing a choker that looks more like a collar. 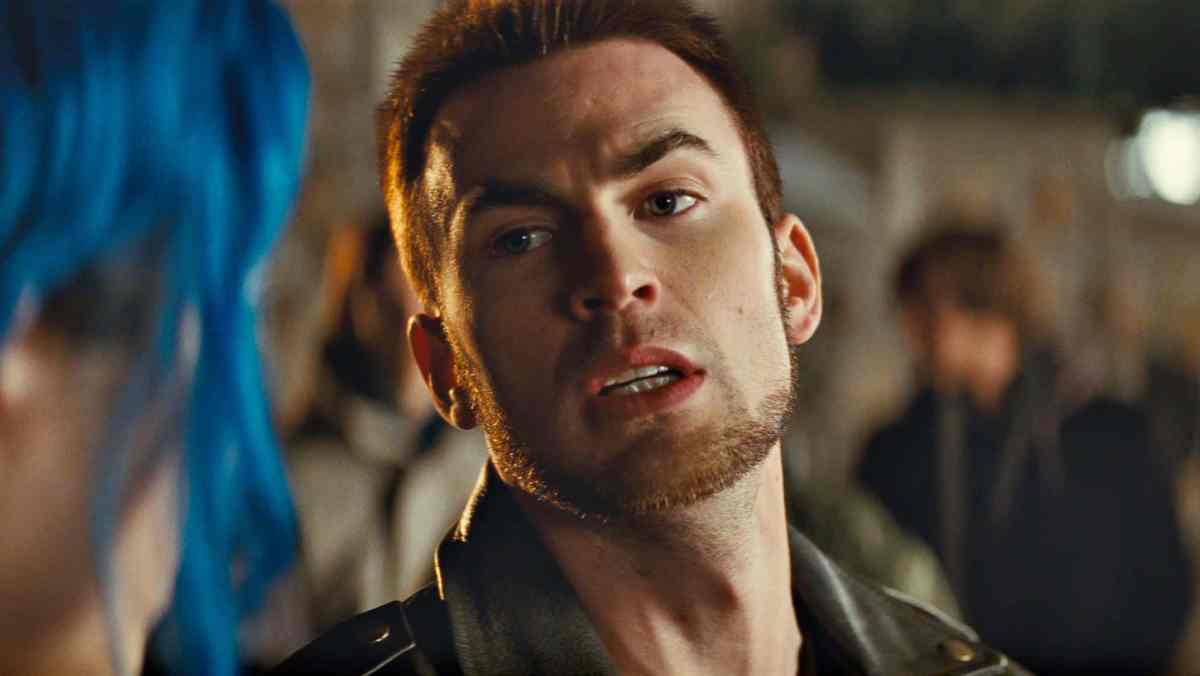 Pop culture occasionally builds unhealthy ideas of romance. A study in 2016 suggested that romantic comedies normalize stalking behavior, adding an even more pointed layer to a sequence in which the onscreen text informs us that Scott “stalked (Ramona) until she left the party.” In hindsight, the structuring of “the League of Evil Exes” as a series of video game boss battles evokes Arthur Chu’s later critique of the trope of the video game princess.

Scott Pilgrim deconstructs what initially looks like a highly literalized archetypal romantic narrative. It becomes clear that the battles are as much about Scott’s insecurities as Ramona’s history. “You really think you stand a chance against an A-lister, bro?” Lucas taunts, moments after Scott is shocked to discover his girlfriend had dated a celebrity. Later, as she literally explodes in pleasure, Roxy Richter (Mae Whitman) goads Scott, “You’ll never be able to do this to her.”

Ramona never receives as much attention or development as Scott. However, as the film progresses, Scott comes to see that she is a real person. The two are mirrored, suggesting Ramona is as complicated as Scott and that Scott has as much baggage as Ramona. Much like Scott cheated on Knives with Ramona, Ramona cheated on Lucas with Todd. At one point, Scott scolds Ramona that his own baggage isn’t trying to murder them… a few scenes before Knives tries to murder Ramona.

Ultimately, Scott has to come to terms with his own flaws. “You know what,” Julie warns him, “maybe it’s high [bleeping] time you took a look in a mirror before you wreak havoc on another girl.” After a bitter argument in which Scott throws her romantic history back in her face, she sighs, “You’re just another evil ex waiting to happen.” Indeed, the casting of Jason Schwartzman as the “final boss” works well here, his Gideon suggesting a slimy and more confident evolution of Michael Cera’s Scott. 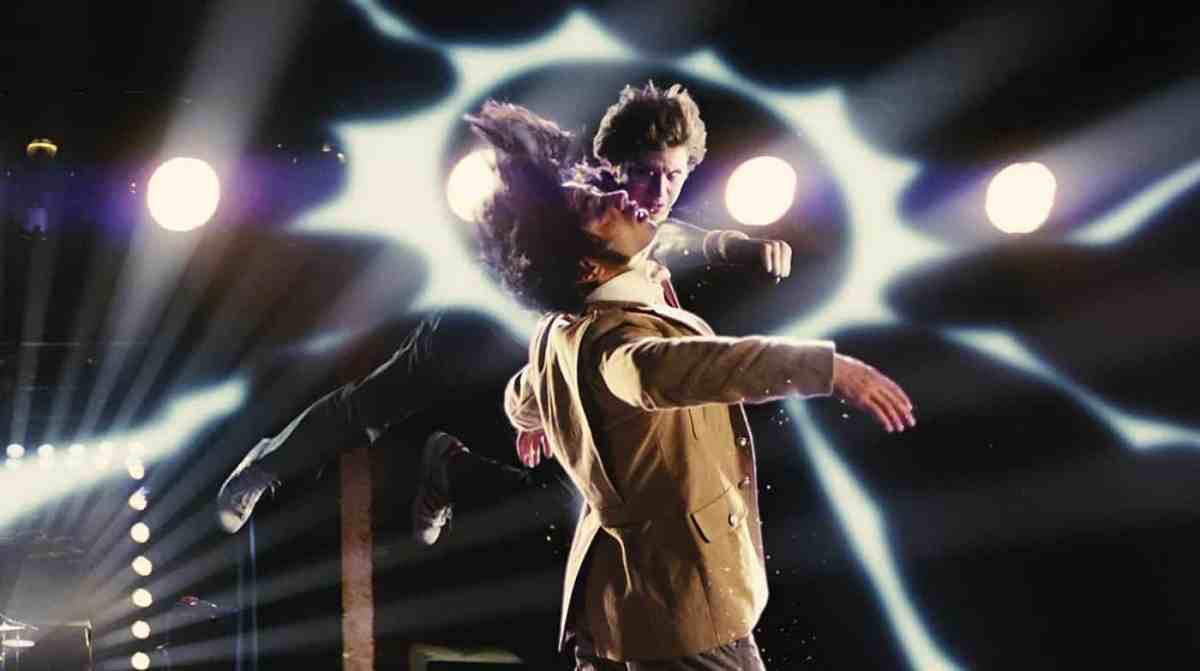 Scott Pilgrim vs. the World feels of a piece with Marc Webb’s (500) Days of Summer, released the previous summer. Both are stylized stories of young men navigating troubled relationships with women onto whom they have projected their romantic fantasies and the challenge of having to acknowledge the agency held by those women. Both Scott Pilgrim and (500) Days of Summer felt like an effort to consciously engage with how young men had been taught to see romance.

Perhaps Scott Pilgrim and (500) Days of Summer were ahead of their time in interrogating this idea of masculine entitlement — a major topic of discussion in the decade to follow. Maybe such explorations were overdue. In fact, (500) Days of Summer has a complicated legacy, with both Zooey Deschanel and Joseph Gordon-Levitt acknowledging the film’s refusal to get outside its male protagonist’s head, and critic Caroline Siede calling it “the Fight Club of rom-coms.”

In some ways, Scott Pilgrim feels curiously dated. The climax of the film literalizes the voyage of Scott’s self-discovery by throwing him into confrontation with “Nega Scott,” the embodiment of all his darkness. The source comic ends with Scott having to reconcile with all this negativity instead of repressing it. In contrast, the film ends with a joke about Scott and his doppelganger parting ways amicably and planning to get breakfast together.

Scott’s dark side is neither defeated nor integrated. It is just out in the world, occasionally checking in. Scott and Ramona walk away together. Despite critiquing the idea of Ramona as a prize to be earned, the film ultimately treats her as such. Of course, it is unlikely that the studio would have allowed an ending where the lead didn’t get the girl, and this ending is certainly preferable to the alternate ending where Scott rekindles his romance with 17-year-old Knives. So, that’s something.

Ten years is a long time. A film that was once ahead of the curve can sometimes be eclipsed and overtaken, even as it remains pointed and insightful. Scott Pilgrim might have eventually defeated the world, but he never truly grappled with himself.