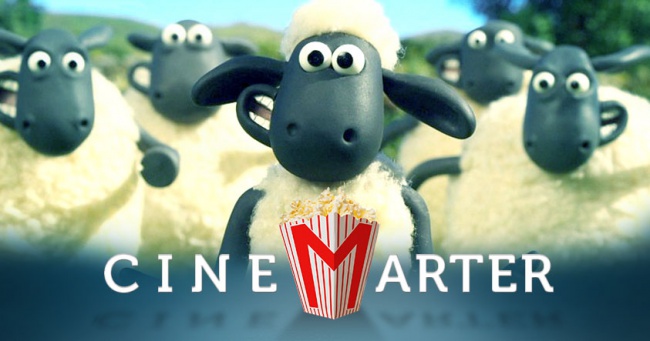 It’s very difficult to make a movie in which no dialogue is spoken – in which almost all of the emotions, dialogues, and points are done visually and through animal noises. It’s even harder when the film in question is animated, and the animation is performed with stop-motion. Finally, making that movie good is almost impossible. But here we have Shaun the Sheep Movie, from Aardman Studios – based on their television series – that has done all of these things. This is how to do a slapstick animated comedy right.

There’s only a bare minimum of a plot to Shaun the Sheep Movie. After a series of events that send their farmer into the big city with memory loss, a group of mischievous – and incredibly smart – sheep have to head out to save him. They’re joined by a couple of dogs and pursued by the local animal control worker, who makes it his mission to capture them. Shenanigans follow the sheep wherever they go. It is funny. We laugh. 90 minutes pass. We want to re-watch all of Aardman’s other movies, remembering how great the likes of Wallace and Gromit or Chicken Run are. The sheep eventually get forgotten about, but they were fun to watch in the moment. 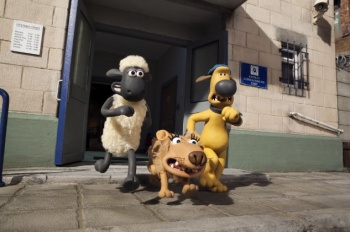 Sorry, I’ve gotten off track here. Shaun the Sheep Movie is essentially a 90-minute slapstick adventure involving a bunch of animals doing funny things. It’s rarely deeper than that, is incredibly kid-friendly – outside of a few more mature references – and unless your heart is made of lead will keep you entertained and laughing for the entirety of its running time. You’ll easily forget about it in a few days, as it doesn’t have a whole lot of substance to it, but you might find yourself wanting to watch it again in a year or so. It’s that kind of movie.

It’s a little too bad that there isn’t actually a whole lot to Shaun the Sheep Movie to make it more long-lasting in our minds. This is a great form of disposable entertainment, but it’s just that: disposable. It has little in terms of plot, only enough when it comes to characters so that you’ll be able to (mostly) tell the primaries apart from each other, and not a single thing to turn on your brain. That’s certainly fine – not all movies need to be intellectually stimulating – but it does mean that it’s going to appeal to fewer adults.

It’s worth watching, it’s a far better animated film to take your children to than another that I could mention, and it might even be something to revisit every year or two.

Anyone watching it is still going to have fun, though. The sheep are hilarious, the antics they get up to are wonderfully humorous, and what might keep the adults focused is the appreciation of the craft of creating these scenes. Stop-motion animation is incredibly time-consuming, and many of the best moments in Shaun the Sheep Movie act out like intricate Rube Goldberg machines. Watching the pieces being set up and knocked down is a joy unto itself; that the act is combined with a charming sense of humor is what makes the film so much fun.

It’s really the difference between warmth, heart, and creativity and the annoying repetition of something like Minions. The two films, released in North America so closely together that comparisons are almost inevitable, suffer from many of the same problems, but Shaun the Sheep Movie is far funnier, much more charming, contains significantly better animation, and despite its characters not speaking a single word of English, makes them far more emotive and understandable. It’s amazing what a difference creative and talented filmmakers can make for a project.

I wish there was more to Shaun the Sheep Movie. I wish I could remember more than a handful of moments. I had a lot of fun while I was watching it, and I’m sure I’d have just as much fun on a second viewing. Your age will not have much of an impact on how enjoyable you’ll find Shaun the Sheep Movie. But is it a memorable movie? No, it’s not. It’s not up there with Aardman’s best, but that’s speaks more to the quality of the studio’s output than a lack thereof in this specific case. It’s worth watching, it’s a far better animated film to take your children to than another that I could mention, and it might even be something to revisit every year or two. One bonus of not being particularly memorable is that you’ll almost entirely forget it shortly after seeing it, making every viewing feel fresh. This is one you should check out. (If you paid to see Minions, see Shaun the Sheep Movie as penance and all will be forgiven.)

Bottom Line: Shaun the Sheep Movie is well-animated, funny, and extremely entertaining, even if it is a touch forgettable due to a lack of depth.

Recommendation: See Shaun the Sheep Movie if you like animated movies or comedies, or have children to whom you’d like to expose good movies.