Look up “optimism” in the dictionary and you’ll find a picture of Shenmue III. You’ll also find a picture next to “dated” and “relic,” but it’s the series’s ridiculously optimistic refusal to move with the times that contributed to its underperforming sales.

I say that as someone who, thanks to a secondhand Dreamcast, grew up with Shenmue and Shenmue II and absolutely understood their charm at the time of release. Take the dialogue, for example – the Japanese voice-overs are superior to the English ones, but there was something oddly hypnotic about protagonist Ryo’s half-bored, half-stoned voice. Did creator Yu Suzuki invent ASMR years before YouTube got hold of it?

And while they’ve been eclipsed by the Yakuza series, Shenmue and Shenmue II were the first games that made me feel like I was roaming a “real” world. Being able to play After Burner and ignore Ryo’s quest for vengeance was another revelation. Yes, I could have dug out my dusty Mega Drive, cursing Sega for releasing the Mega CD, but here I was, playing a game within a game.

However, I didn’t expect that I’d have to wait 18 years to play the third entry in the series. Shenmue was released in 1999, and as much as many players including me loved it, it was a commercial failure. Still, Sega published Shenmue II. It also performed disappointingly, to the point where the series was as dead as Ryo’s father.

I was nonetheless enthusiastic about Shenmue’s re-emergence with Shenmue III. After all, with 18 years under the bridge, with all the advances in gaming and gaming technology, here was a chance to bring the series up to date. I envisioned a Shenmue with the charm and mechanics of the Yakuza series, with finely tuned combat, fluid animations, and much, much more. 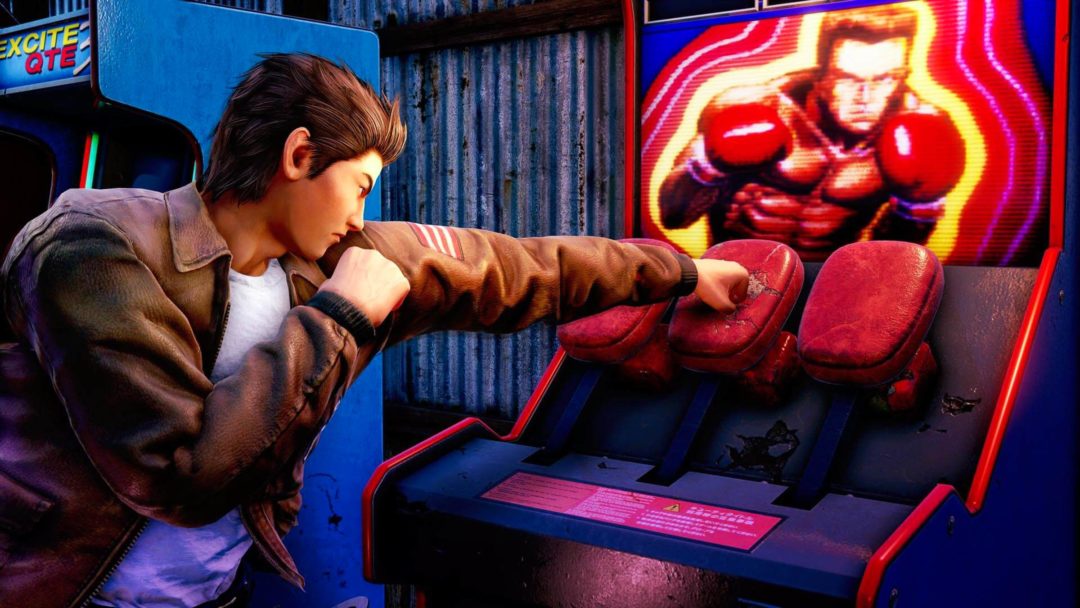 But minor changes aside, Shenmue III is just Shenmue and Shenmue II with fancier graphics. And in the wake of the Yakuza and Arkham Knight series, fighting enemies in Shenmue III feels horribly clunky, to the point where every other fight is an imposition.

It’s not just the 18-year gap though that should have led to Shenmue receiving a serious overhaul. Shenmue and Shenmue II’s failure to recoup their development costs should have been huge red flags, signs that some serious reflection was in order. Instead, Suzuki delivered the Shenmue III that, barring the graphical overhaul, he would likely have put out in 2003.

But even so, I ploughed through Shenmue III, because 18 years later, I was still invested in Ryo’s tale. Even though his voice was the gaming equivalent of counting sheep, Shenmue’s story was strangely compelling, for two particular reasons. Firstly, Ryo wasn’t some all-powerful chosen one; he was out of his depth and kept getting his backside kicked by every other boss. He did have teachers, but he was too hot-headed to really take in what they were saying. Secondly, as Shenmue II revealed, the father he was avenging might have been just as rotten as his killer, Lan Di, apparently was.

Maybe Shenmue’s world was originally fresh and new enough that it drew attention away from how drawn out its story was, but without that distraction, it’s easy to see Shenmue III’s padding. Still, going in I reasoned that this would at least be a chance to deliver a satisfying conclusion to a three-game arc. With no guarantee of a Shenmue IV, why would you risk players waiting another 18 years?

As Suzuki himself explained in a translated interview, fans were prepared to forgo most of Shenmue’s trappings as long as Ryo’s tale continued – “fans were asking for even just the story.” And how did he reward their patience? By delivering a tale that treads water, delivering maybe one or two revelations, and ends on a cliffhanger. Again.

You can argue that it’s the journey, not the destination, and that might have been true back in the day – but you’re trudging along a cobbled road, listening to Ryo ask, “Are we there yet?” while Yakuza’s Kazuma Kiryu and his friends roar past on the adjacent freeway.

Shenmue III could easily have been given a more definitive ending without shutting the door on further games. Take Farscape for example. It was a sci-fi series that got canceled after four seasons, leaving it ending on a cliffhanger like Shenmue II. Luckily, due in no small part to fan support, it received a reprieve in the form of a two-part special, The Peacekeeper Wars. This wasn’t the fifth season the creative team had wanted, but they did what they could and brought the series to a dramatic close. There were plot points that could have been picked up on, but it was a fitting ending.

The problem is that Shenmue creator Yu Suzuki overestimated – and still overestimates – the number of Shenmue games he’s realistically going to get to make. Before Shenmue III was released he stated he planned to release four or five games. He’s since said that the first three games tell about 40% of Ryo’s stories, suggesting there are three or even four more titles to come.

“With Shenmue III, I really responded from my heart to the voice of the fans. So I wasn’t especially aiming to make great profits,” Suzuki stated in the aforementioned interview. But given that Shenmue III cost around $20M to make, which is still less than that of the original games, this is ostensibly the most sustainable business model.

Granted, it’s admirable that Suzuki “made it for the fans who have supported it with heart and soul for 20 years.” However, does Suzuki expect those same fans to wait for someone, somewhere to throw more money at the series, knowing that they’ll likely be greeted with another cliffhanger?

The Kickstarter helped, but a significant amount of funding came from Sony and Deep Silver, which, based on Shenmue III’s performance, may not be willing to commit that kind of capital again. The good news is that Suzuki intends to make the next Shenmue more of a mainstream title. He said that “if I have the opportunity to make Shenmue 4 – and I think I will – I know how to satisfy casual users, so I want to make a game that everyone can be satisfied with.”

Making Shenmue episodic going forward is one option. When I think about what I want from Shenmue, the answer is simple – I want a satisfying end to Ryo’s tale, one where he’s no longer the angry vengeance-hungry teenager he once was. The open-world aspects just aren’t as critical by comparison now, not when any number of Yakuza games can provide that. So, returning to Suzuki’s quote about fans just asking for the story, you could drip-feed them Ryo’s tale episode by episode and still deliver.

Ultimately, it’s come to a point where Suzuki has to reach a compromise, and while it is a little sad that Shenmue won’t continue precisely as it was, it’s a case of “change or die.” Shenmue III may not have absorbed the lessons of the previous two titles, but Shenmue IV must learn from those mistakes. Otherwise, Ryo Hazuki’s story will remain forever unfinished.