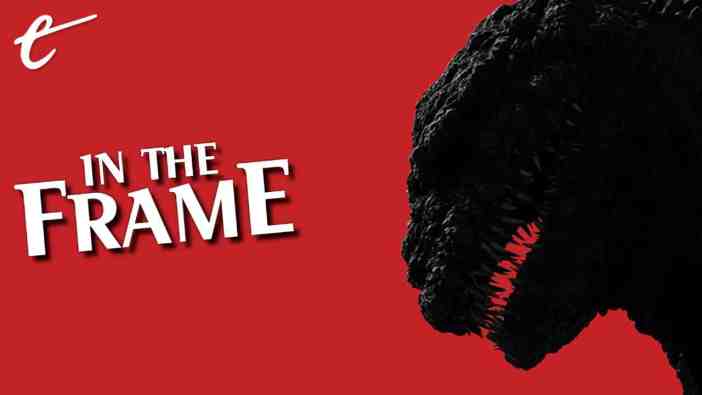 Note: This article contains spoilers for Shin Godzilla. It is available to buy or rent on most streaming platforms. There are some spoilers for Neon Genesis Evangelion as well.

After 30 films, Shin Godzilla found something new to do with its title monster.

When the creature first hit screens in 1954, Godzilla represented the still-fresh trauma of the Second World War. Towards the end of the film, the beast turns Tokyo “into a sea of flames,” with imagery that recalls both the firebombing of Tokyo and the nuclear bombing of Hiroshima and Nagasaki. The film’s opening scenes drew explicitly from the story of the Lucky Dragon, a tuna fishing boat contaminated by fallout from American nuclear weapon tests in March of that year.

Of course, over time, meaning gets diluted. The once monstrous Godzilla evolved into a known quantity through years of exposure. Following the disappointing standalone sequel Godzilla Raids Again in 1955, Toho Studios hit on the idea of crossing the giant reptile over with an American icon in King Kong vs. Godzilla in 1962. This performed well enough that crossovers became the default form for Godzilla stories, with Mothra vs. Godzilla hitting cinemas in 1964.

Over these first few films, Godzilla became less of an antagonistic force. The narrative became increasingly sympathetic to the creature. Every Godzilla movie features an implied civilian death toll, but that death toll is rarely acknowledged on screen in the 17 years between the original Godzilla and Godzilla vs. Hedorah. By the fifth film in the franchise, Ghidorah, the Three-Headed Monster, Godzilla had begrudgingly accepted a role as mankind’s protector. 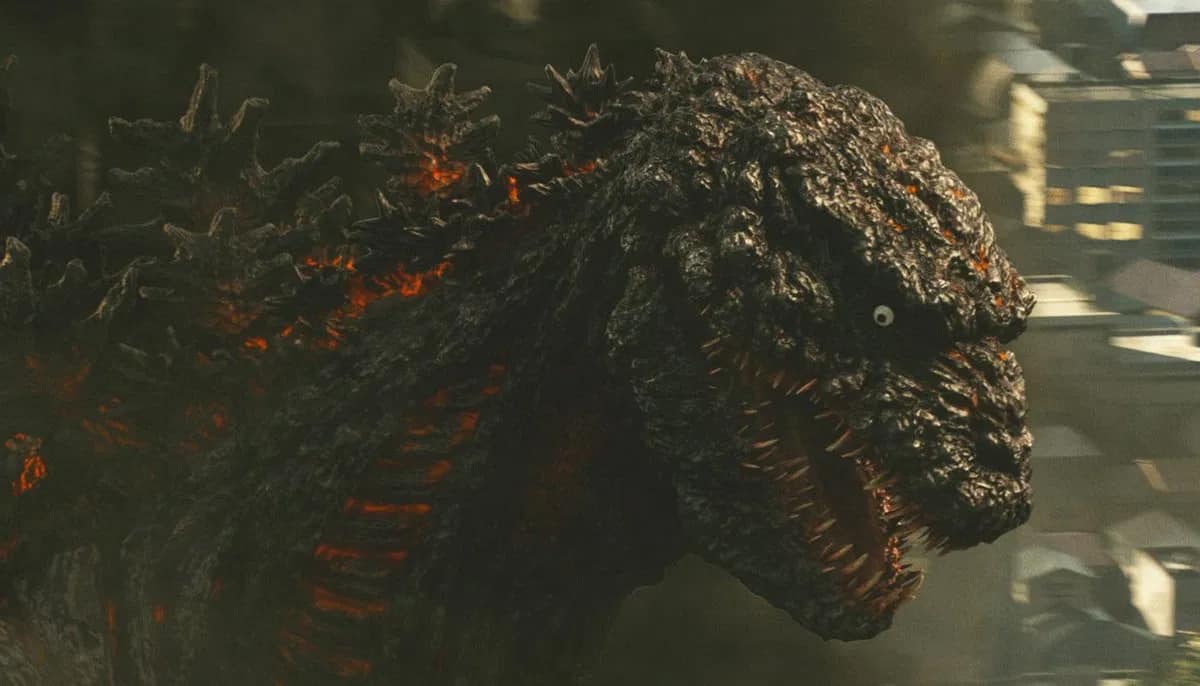 Teruyoshi Nakano worked on the film series’s special effects from King Kong vs. Godzilla through to The Return of Godzilla. He has defended this evolution, arguing, “without any changes to Godzilla’s character, the series would not have been able to continue. If Godzilla had remained a villain, probably only hardcore Godzilla fans would have watched the movies, and not the general audience.” Given the franchise spans 36 films over two continents and 67 years, it’s a fair point.

Every few decades, the Godzilla franchise attempts to reboot and roll back the continuity and history that has accrued around the monster. This often involves a “back to basics” take on the monster that presents it as a more antagonistic force. Toho did this with The Return of Godzilla in 1984. In Nakano’s words, the film was an effort to “remind all those people out there who had forgotten” what the creature represented.

This was also the case with the two big American productions, with Roland Emmerich’s 1998 production and Gareth Edwards’ 2014 adaptation both placing a strong emphasis on the monster as a force of nature and a walking natural (or even unnatural) disaster. Even then, there was only so surprising or unusual the creature could be. Godzilla is a familiar and iconic movie monster, as recognizable as King Kong or the Creature from the Black Lagoon.

It’s hard to make the familiar scary, and the American “MonsterVerse” seemed to resign itself to this inevitability. The climax of Edwards’ Godzilla had the monster saving mankind from the hideous M.U.T.O.s, while Michael Dougherty’s Godzilla: King of the Monsters offered an update on the template established by Ghidorah, the Three-Headed Monster. By the start of Godzilla vs. Kong, the news is reporting on Godzilla as a creature “once thought to be a hero to humanity.”

However, while Legendary Pictures and Warner Bros. were playing out that familiar arc from monstrous menace to reptilian savior for American audiences, Toho produced one of the most striking and bold reimaginings of the iconic monster. Shin Godzilla arrived in Japanese cinemas in 2016 and became a cultural sensation. It was the second highest-grossing movie of the year at the Japanese box office, behind Your Name. It swept the Japan Academy Awards in March 2017.

Shin Godzilla dares to take something iconic and render it truly alien. This is part of the mission statement from co-directors Hideaki Anno and Shinji Higuchi. Higuchi was candid about the need for reinvention, explaining, “Godzilla went through these stages, resetting itself, developing and then succumbing to exhaustion, until it just got so big it had to stop.” Anno was blunter, suggesting that Japan had “been careless in the way it has attempted to depict him.”

Shin Godzilla arguably owes as much to Higuchi and Anno’s earlier work as it does to the franchise’s long and storied history. Anno was an animator by trade. His big break came working with Hayao Miyazaki on Nausicaä of the Valley of the Wind, when he ended up designing one of the movie’s most effective sequences. He stumbled into it, recalling, “I was told that no one wanted to do the Giant God Warriors scene, so I asked if I could do it, and I said I’d do anything if they’d let me.”

The God Warrior scene would become a touchstone for Anno. Anno and Higuchi would collaborate on a live-action short titled Giant God Warrior Appears in Tokyo for the Museum of Contemporary Art in Tokyo in 2012. It serves as one bridge between Anno’s work on Nausicaä of the Valley of the Wind and his approach to Shin Godzilla. There’s a lot of Shin Godzilla in Giant God Warrior Appears in Tokyo, especially in the intrusion of the monstrous into a recognizable grounded world.

Of course, there are other connections as well. Anno is probably best known in the West for his work on the anime series Neon Genesis Evangelion. This anime focused on an invasion of Earth by strange creatures known as “Angels.” In his original statement of intent, Anno described the mysterious creatures as “some completely unknown enemy.” However, that doesn’t do justice to what others have (accurately) described as “Lovecraftian nightmare creatures.”

Initially, the creatures in Neon Genesis Evangelion manifest in (mostly) anthropomorphic forms that are not too far removed from the monsters that would appear in films like Ghidorah, the Three-Headed Monster or Godzilla vs. Hedorah. However, over the course of the series, the monsters evolve into more abstract forms, like weird giant eyes or rays of pure light. Later, they manifest like children, who cause emotional (rather than physical) devastation for the human characters. The ultimate aim of the Angels is, of course, complete dissolution of life on Earth.

These are all forms of apocalypse, like the original version of the monster that first appeared in Godzilla. In Nausicaä of the Valley of the Wind, the God Warriors represent “the holocaust that destroyed human civilization,” albeit in a more grotesque and unsettling form. This fear continues through into Neon Genesis Evangelion and Giant God Warrior Appears in Tokyo, as writers like Caleb Goellner note that the God Warriors are “highly evocative of The End of Evangelion.”

Anno was born in May 1960, more than a decade after the Second World War and six years after the original Godzilla. As a result, his idea of what annihilation and destruction looks like is markedly different than that of the older generation. “It was imprinted on my psyche that Tokyo could be annihilated any minute,” he has explained. “I never experienced the horrors of war that my (parents’) generation did, but the imagery is very familiar to me, as is the Cold War-era fear of nuclear war.”

In some ways, Shin Godzilla feels like an evolution of these more abstract ideas of apocalypse in Neon Genesis Evangelion. (Toho very cheekily released a 2016 April Fools’ Day joke teasing Godzilla vs. Evangelion.) Indeed, a recurring motif in Shin Godzilla is the idea that the eponymous creature is constantly evolving and changing into new and more hideous forms faster than mankind can adapt to it. Although the redesign was controversial among some fans, it made the monster alien again.

In the early sequences of Shin Godzilla, the creature stumbles aground. It has giant gills. It struggles to breathe. It tries to teach itself to walk upright by propping itself up against buildings that collapse under its weight. Its eyes are googly, almost like a fish. The film’s clever use of computer-generated imagery never aims for verisimilitude, but instead evokes the uncanny. It almost looks like a puppet or a man in a suit composited on a cityscape, but not quite. It’s just wrong — and that’s great.

This monstrosity is effectively juxtaposed with a grounded world. Shot on a reported budget of $15 million, the humans of Shin Godzilla do not inhabit the atmospheric LED-saturated situation rooms that define contemporary monster movies like King of the Monsters. Instead, Shin Godzilla effectively cuts its monster against corridors and conference rooms that look like they came from The Thick of It or The Office. As Justin Charity noted, “characters can’t power-walk 10 feet without passing a Xerox machine.” It adds to the movie’s uncanny quality. It’s both unreal and very real.

Shin Godzilla argues that the creature’s ability to change to reflect whatever new apocalypse awaits mankind is its core strength. Higuchi has talked about how Shin Godzilla took many cues from the horrific Fukushima meltdown, drawing from contemporary anxieties in the same way as the original Godzilla. In too many of the Godzilla films that followed the ground-breaking original, the monster becomes fixed and known. It is anthropomorphized and humanized, rendered familiar.

With this in mind, the closing shot of Shin Godzilla is all the more ironic and effective. As the camera moves up the creature’s tail, the film hints that the monster was undergoing a new evolution, perhaps becoming something recognizably humanoid. It’s horrific and unsettling, suggesting that the worst thing that Godzilla could become is something more human-like. Shin Godzilla dared to suggest that the creature’s strength lies in its ability to be forever unknowable.