The Artist – yet-unseen by me but picking up Oscar steam as the winner of the New York Film Critics Circle Awards – is a 2011 movie that does its best to recreate a silent film of the 1920s. Here are (some) more films that tried similar forms of period/style imitation on for size:

The so-called “Blaxploitation” genre – a catch-all term for a run of primarily black-cast action/crime films produced mainly in the 1970s – has been mined for nostalgia value before in films like I’m Gonna Git You Sucka, Undercover Brother and Original Gangstas, but this independently-produced passion project for star/co-writer Michael Jai White gets it just about the rightest anyone ever has.

White, one of the most underrated action actors in the business (why didn’t he get called for Expendables 2?), has the title role as a CIA agent turned urban vigilante trying to trace the source of a racist poisoning conspiracy. While plenty of earlier attempts at the same idea got the easy stuff right (clothes, music, anachronistic 70s idioms), where Black Dynamite excels is the crucial smaller details. Intentional film flubs, editing mistakes and (best of all) questionable casting – part of the film’s meta-joke is that White is actually playing a (fictional) Baltimore Colts all-star running back making his acting-debut as Black Dynamite, so when he breaks character or flubs a line he does so into the fictional non-actor persona. It also helps that the screenplay is genuinely funny, and that White has the presence and martial chops of a legit action star.

The Lost Skeleton of Cadavra

Outrageously funny in its own right, this loving send-up of 1950s sci fi movies – specifically ultra low-budget shot-in-Bronson-Canyon indie drive-in schlock – gets so much right, it’s kind of awe-inspiring. A geologist and his wife get wrapped up in a coincidence-fueled clash between a scheming treasure hunter, a reanimated skeleton, two marooned aliens and their escaped “pet” mutant.

A lot of the humor is a bit specific – you really have to know your 50s crap cinema to appreciate just how spot-on a lot of the little jokes are – but genre fans and Mystery Science Theater 3000 devotees will feel right at home. A cult hit on DVD, it’s already spawned a sequel.

The Kentucky Fried Movie is one of the funniest sketch-compilation films ever made – Danger Seeker (WARNING! NSFW!) is perhaps the best example ever of how to do politically incorrect racial humor properly – and it features as its showpiece a longform send-up of late-70s kung fu movies (Enter The Dragon specifically) that still holds up after all these years.

Once again, it comes down to the details: Anyone can imitate a kitschy camera zoom or inappropriately loud punching sound-effects, but this is one of the only Bruce Lee pastiches that manages to pin down his actual persona: weirdly-coiled restraint, lisping delivery and all. (Supposedly, the sketch itself was largely inspired by the lead actor’s “famous” Lee impression.) 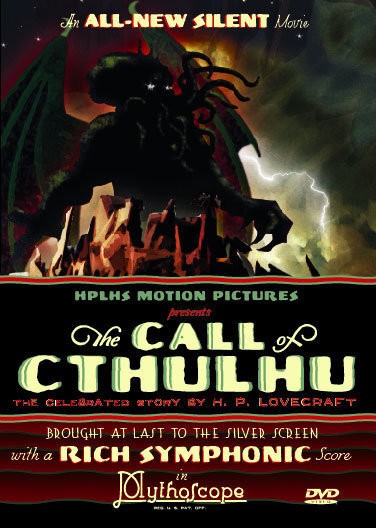 The HP Lovecraft Historical Society put this one together: a fan-film adaptation of the late author’s most famous story executed in the style of a 1920s silent film. The idea was to imagine what might’ve resulted had a movie version been commissioned the same year as the original story’s publication.

For those unfamiliar with the plot, it concerns investigation into a series of cryptic writings alleging the discovery of a lost civilization on an uncharted island, whereupon a ship’s crew was decimated by a gigantic monster believed to be worshipped as a god by pockets of underground occultists. The film is a curiosity overall – most of Lovecraft’s work doesn’t lend itself well to cinema without substantial revision, and this is very much a “look what we pulled off!” work rather than a fully functioning narrative film. But if you’re into silent movies or the Cthulhu mythos, it’s probably a must-watch.

The present-day poster child for this sort of thing, Quentin Tarantino and Robert Rodriguez teamed up for a double feature built around a pair of loving-reconstructed genre imitations that were so spot-on they even wound up replicating the box office performance of actual cult-classics – i.e. an indifferent mainstream audience and rediscovery later on DVD.

I’m a tremendous fan of both projects, though it must be said that the two filmmakers both slip up by letting their finished product be too good to truly replicate the junk they’re aiming for. Rodriguez’ Planet Terror nails the look and tone of a mid-80s John Carpenter opus, save that it’s entirely too big and sprawling to look as cheap as it does otherwise; while Tarantino’s Death Proof deftly understands the “endless-dialogue-padding-with-one-notorious-scene” vibe of 70s drive-in thrillers, except his dialogue is actually good.

Behind The Mask: The Rise of Leslie Vernon

Okay, this is kind of a cheat, but this movie deserves the extra attention. One part mockumentary, one part 80s slasher movie homage, this 2006 indie is set in a world where killers like Freddy Krueger and Jason Vorhees (or, at least, their crimes) actually exist. Our “heroes” are a documentary film crew invited to tag along with a would-be masked murderer named Leslie Vernon as he meticulously lays the groundwork for the teenager-slaying rampage that will make him the next big “star” of the slasher circuit. Along the way, Vernon dryly exposits on the pop-cultural symbolism of his chosen “profession,” including who gets to survive and why. So, yeah, it’s like a Scream movie, only good.

I’m including on this list because, unlike most put-on documentary flicks, this one occasionally breaks away from the docu-cam and lets us see the events unfolding from a conventional third-person narrative perspective. Amusingly, whenever it does so the tone, cinematography, music and acting styles immediately switch from doc-style banality to hypperreal, oversaturated kitsch that would be right at home in a higher-end “Jason” adventure.