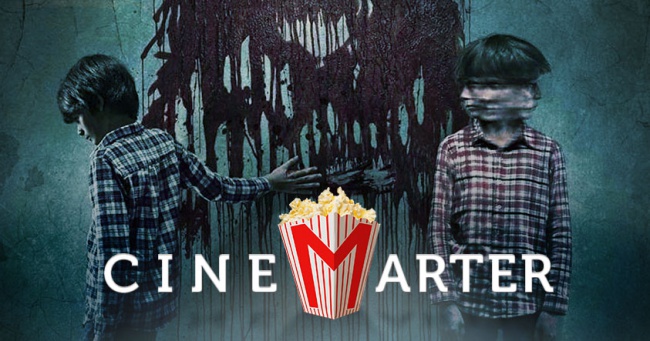 Sinister was released in 2012, made a lot of money, got decent critical reviews, but otherwise wasn’t particularly memorable. But because of the first one of those elements – that it grossed over $75 million on a budget 25 times less than that – it only made sense for the studio to almost immediately start working on the sequel. Now we have Sinister 2, which has a larger budget, somehow, that continues a trend of bad, cash-grab horror movie sequels.

It’s almost a little bit of a surprise that Sinister 2 is a legitimate sequel, and not a prequel, given that the mystery from the first film has already been solved – we know what the evil entity is and how it operates – so the only thing left to do is discover its origin, or something like that. Instead, though, we follow the deputy from the first film (James Ransone), as he investigates a new house where the evil demon-thing, called “Bughuul,” may be wanting to kill another family and steal away a child to consume his soul, because that’s what Bughuul likes to do with its time. 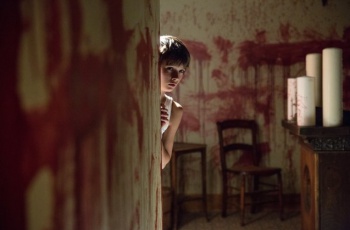 The Collins family is the target this time around. The mother, Courtney (Shannyn Sossamon), recently left her abusive husband (Lea Coco), taking her two sons, Dylan and Zach (Robert Daniel Sloan and Dartanian Sloan) with her. Dylan starts talking to ghost children who show him snuff films, Zach slowly turns into a little brat, the husband harasses the family and tries to take back his children, and our deputy starts to get feelings for Courtney. Aren’t obligatory romances fun?

Do you remember how, in the first Sinister, we didn’t even see Bughuul until something like halfway through? There was a mystery about it, we weren’t quite sure what was going on, or why. And it was a scarier demon-thing because of that. In Sinister 2, we see Bughuul before we get a title card. The more you see the scary monster, the less scary it becomes, and Bughuul is no exception to this. By the time we see it in full form, it comes across less like a scary demon-thing and more like an annoyance.

Instead of building up a strong atmosphere, the filmmakers simply quiet down the music, slowly pan, and then go “boo!” at the audience.

Instead of focusing on a mystery like Sinister did, Sinister 2 decides to showcase exactly how Bughuul and his ghost children try to convince other children to join him in his demon-y realm. This is a good idea, since there really isn’t any mystery to solve – we’ve done this already – but the film never really capitalizes on this. All we get to see are pale-looking child actors trying to convince slightly less pale-looking child actors to watch snuff films that aren’t anywhere near as creepy as the ones that last time out – since the first film used up the scarier ideas, and the same writers (C. Robert Cargill and Scott Derrickson, the latter of whom also directed the original) came back for this one. And because it’s child actors talking to other child actors, the acting winds up being dreadful. The ghost children deadpan everything, while the non-ghost children can’t seem to handle any sort of emotion more complicated than mild amusement.

That’s not to say that the adult acting is any better. Shannyn Sossamon is a good actor who is flat here. James Ransone had a goofy charm as a supporting character the first time around, but as the lead the act wears thin. Lea Coco is hilariously over-the-top as an abusive father and husband.

Actually, there’s a pretty interesting concept at work here, even if the people behind Sinister 2 either didn’t realize it or weren’t good enough at their craft to properly convey it to the audience. Topics like bullying and domestic abuse had the potential to be married to Bughuul – the idea that these sorts of issues could push someone to the breaking point that would cause them to perform horrific acts, using Bughuul as a metaphor. But that never really comes through in the film. The potential is there, but it’s never realized.

What we get in its place are jump startles, which are annoying, insulting, and quite frankly frustrating. Instead of building up a strong atmosphere, the filmmakers simply quiet down the music, slowly pan, and then go “boo!” at the audience. Maybe you’ll jump, maybe you won’t, but you’ll soon realize that you weren’t scared; you were simply startled.

Sinister 2 is a cynical cash-grab sequel of a horror movie that exists simply because the first film made money. There’s no ambition to tell a good story, there’s little attempt to actually scare the audience, and there’s a lot of potential that’s missed because nobody seemed to care about the film they were making. It’s filled with jump startles, bad acting, and very little that’s worthwhile. While not the worst horror movie of the year, it’s a contender.

Recommendation: Go watch the first Sinister and forget that the sequel exists.