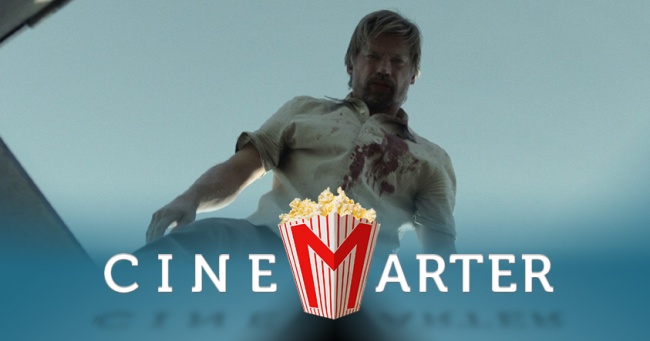 I suppose it says something for Netflix’s release strategy that a movie like Small Crimes is on the radar at all. While it has some names in the cast – Nikolaj Coster-Waldau, Macon Blair, Jacki Weaver, Pat Healy, and Robert Forster – it feels very much like the type of film that wouldn’t find an audience if that audience couldn’t watch it for what’s essentially free. At least, they aren’t going to incur an additional cost. This is a bleak little movie that fits right in on the streaming platform, but probably not one that you will want to watch.

The thing about Small Crimes is that it’s relentlessly unenjoyable – that’s part of the point – and that even though its narrative gives us a few interesting turns and its characters are intriguing enough to keep us engaged, you’re only going to want to watch it if you are okay with a thoroughly unenjoyable experience. Not a sad one, mind – this isn’t something like 13 Reasons Why where the emotion drives it – but an apathetic one. You leave feeling little, except maybe a bit of disdain for everyone involved. 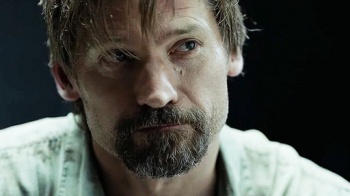 The plot follows Joe (Coster-Waldau), a disgraced police officer who just spent six years in prison following [spoilers]. He returns to his small town to live with his parents (Weaver and Forster), and almost immediately finds himself roped into various situations with characters who want something. On the first night back, the now-“sober” character goes to a bar, meets a young woman, agrees to drive her home – he wants nothing to do with her otherwise – and then finds himself ambushed and assaulted.

Basically, the film stacks up a bunch of blocks and then starts blowing on the tower, as we wait for everything to unwind and come apart in what we presume will be something of a big blow up. The wind is slow, the tower sways even slower, and even early on it becomes tough to care a whole lot about what’s going on. Joe just wants a second chance and to put the past behind him, and everyone else seems to want to prevent that from happening. And, after all, maybe Joe wants a proper resolution, too.

The audience, by the time we finally get to the end – and it’s only a 90-minute film, so it’s not like this is a case of it overstaying its welcome – will probably care less than everyone involved. It’s got violence and it has interesting characters but it can’t use any of them to engage the audience. It’s a bleak movie that is steeped in atmosphere but is ultimately very off-putting for the audience and is only going to be appreciated by those who go in understanding, expecting, and wanting that sort of film.

Perhaps what Small Crimes was missing is a bit of dark humor. Its Wikipedia page claims it’s a black comedy but none of that came through the screen, at least for me. That’s disappointing, as this is director Evan Katz‘s second film – his first being the dark, twisted, and funny Cheap Thrills. That one had more of a point, actually worked as entertainment, and also had twists, turns, and interesting characters to keep us engaged.

In fact, it almost feels as if any of the other characters in the film would’ve been more enjoyable to follow. Joe’s parents bring genuine despair to the film, struggling to deal with their son, his previous actions, and who he now is. The Pat Healy character is so delightfully unhinged that you wonder how crazy a movie following him might be. Or what about some of Joe’s former police officer co-workers, like Gary Cole‘s character? Surely they’ve got something interesting going on. But, no, we follow Joe, who can’t make us care about him, and the movie falls as a result.

Small Crimes is an unenjoyable movie about a former police officer trying to move on from his past, even though his past isn’t quite ready to move on from him. It’s bleak, emotionally vapid, slow-moving, and ultimately unsatisfying. It’s well-acted, has a lot of interesting supporting characters – around whom a better movie could have been based – and does atmosphere well, but it’s just not emotionally or intellectually engaging, and it lacks when it comes to pure entertainment, too. It’s not a poorly made movie, but it didn’t work for me.

Recommendation: Unless you’re the niche audience that will want this type of movie, it’s not worth the time.