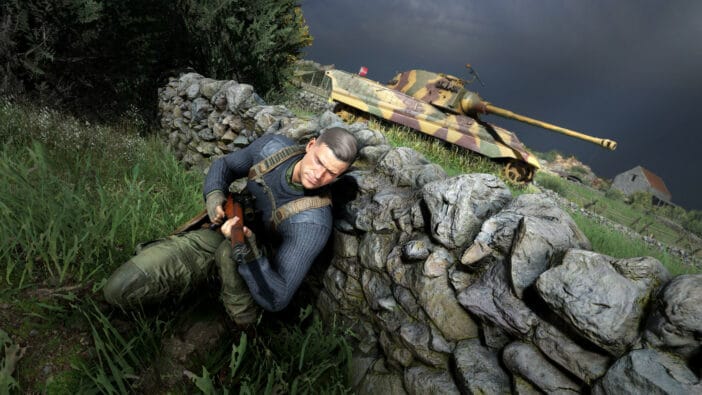 As Spaceballs’ Dark Helmet put it, “Evil will always triumph, because good is dumb.” I just didn’t expect Sniper Elite 5 to be the game that proved it.

No, there’s no The Man in the High Castle twist where the Axis forces win World War II, though Rebellion is really going to have rack its brain to come up with another last-ditch Nazi plan. But having experienced Karl Fairburne talking himself into an early grave, I really have to wonder what they’re teaching at sniper school.

If you haven’t tackled Sniper Elite 5’s Axis Invasion mode, or haven’t had your single-player campaign invaded, you might wonder what the hell I’m talking about. I certainly did a double take when, sneaking around as an invading Axis sniper, I heard Karl’s familiar American tones.

For a moment or two, I thought the invaded player was trying to lure me to my doom. I was acutely aware that, with the layout of the chateau, there were plenty of ways he could get the drop on me. Fear shot through me — had I made a mistake venturing inside? Should I have lurked in the courtyard, firing off a shot when Fairburne, also controlled by a human player, wandered into sight?

Seconds later, that fear was replaced by a combination of joy and bewilderment. It became clear the conversation wasn’t aimed at me — the invaded player character was talking about plundering documents from a German official’s office, or something along those lines. At least he was, until I sneaked inside and riddled his body with machine gun fire. 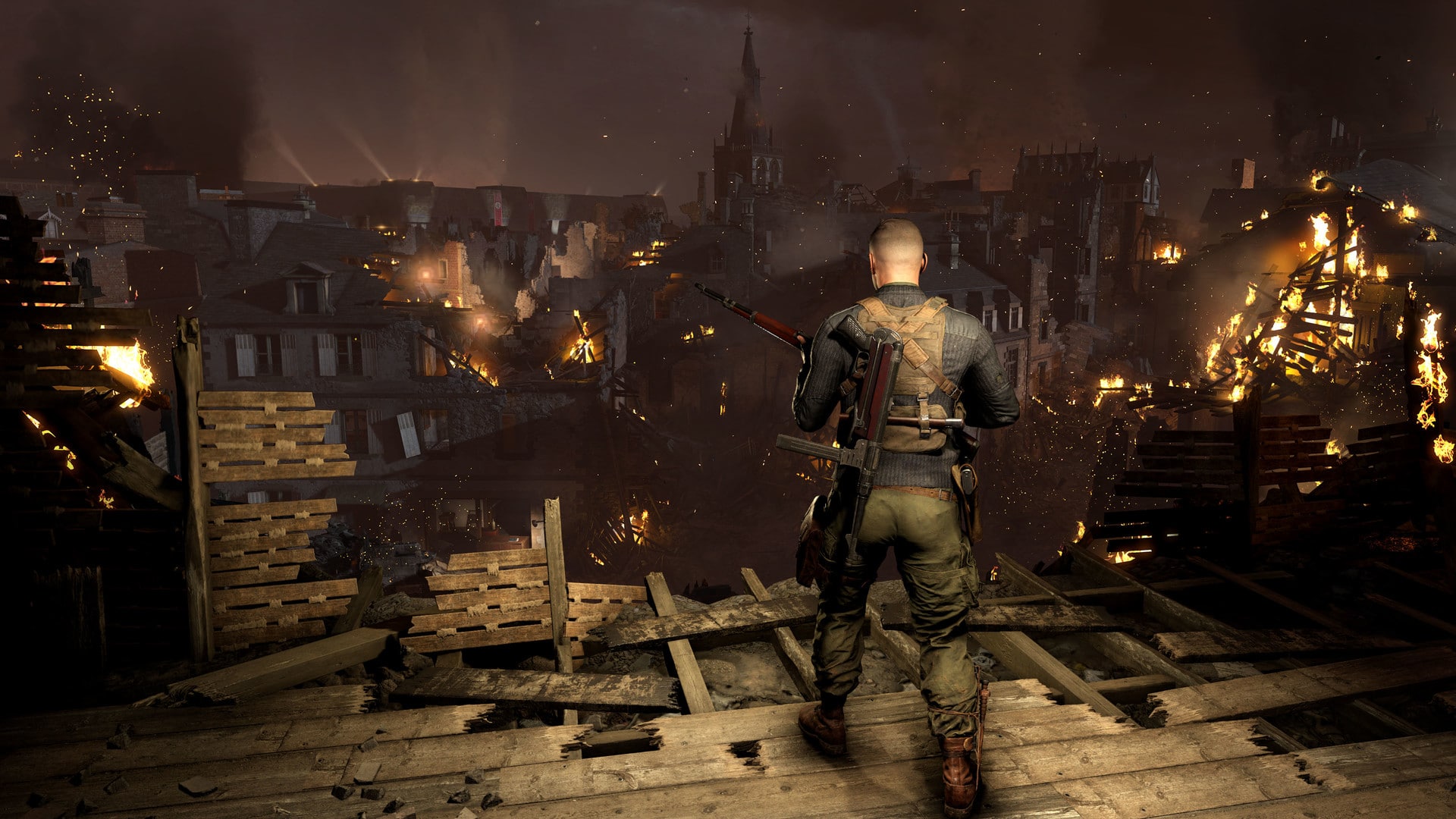 I gleefully accepted my victory, assuming that I’d stumbled across a random glitch, but many matches and quite a few dead Karls later, the truth was undeniable: Karl Fairburne is such a thundering imbecile that, in the middle of Nazi-occupied territory, he narrates his own actions.

That’s not a massive issue if you’ve disabled player invasions in Sniper Elite 5; Karl is far from the only video game character to talk to himself, even if it doesn’t make much sense in-universe. Karl might be going on about Operation Kraken’s secrets, but the NPCs will happily ignore him. But when there’s a human opponent who can track him by his voice, it becomes just a teensy bit problematic.

More specifically, it’s a problem for the Allied player. Despite my initial ethical reservations, I’ve spent an awful lot of time playing Axis Invasion in Sniper Elite 5, introducing other players to the business end of whatever weapon I’m wielding, crossing my fingers for a slow-mo kill. So hearing Karl start talking about destroying a chandelier is music to my ears. It’s not a guarantee of success, but it gives an advantage that I’m gleefully grateful for.

But as Karl, you have no real way of making him shut up unless you avoid tackling the objectives. When I’ve been invaded in the campaign as an Allied player, I’ve found the safest option is to drop everything and start trying to find the Axis player. Then, assuming they don’t ventilate my head, I can get on with my mission. 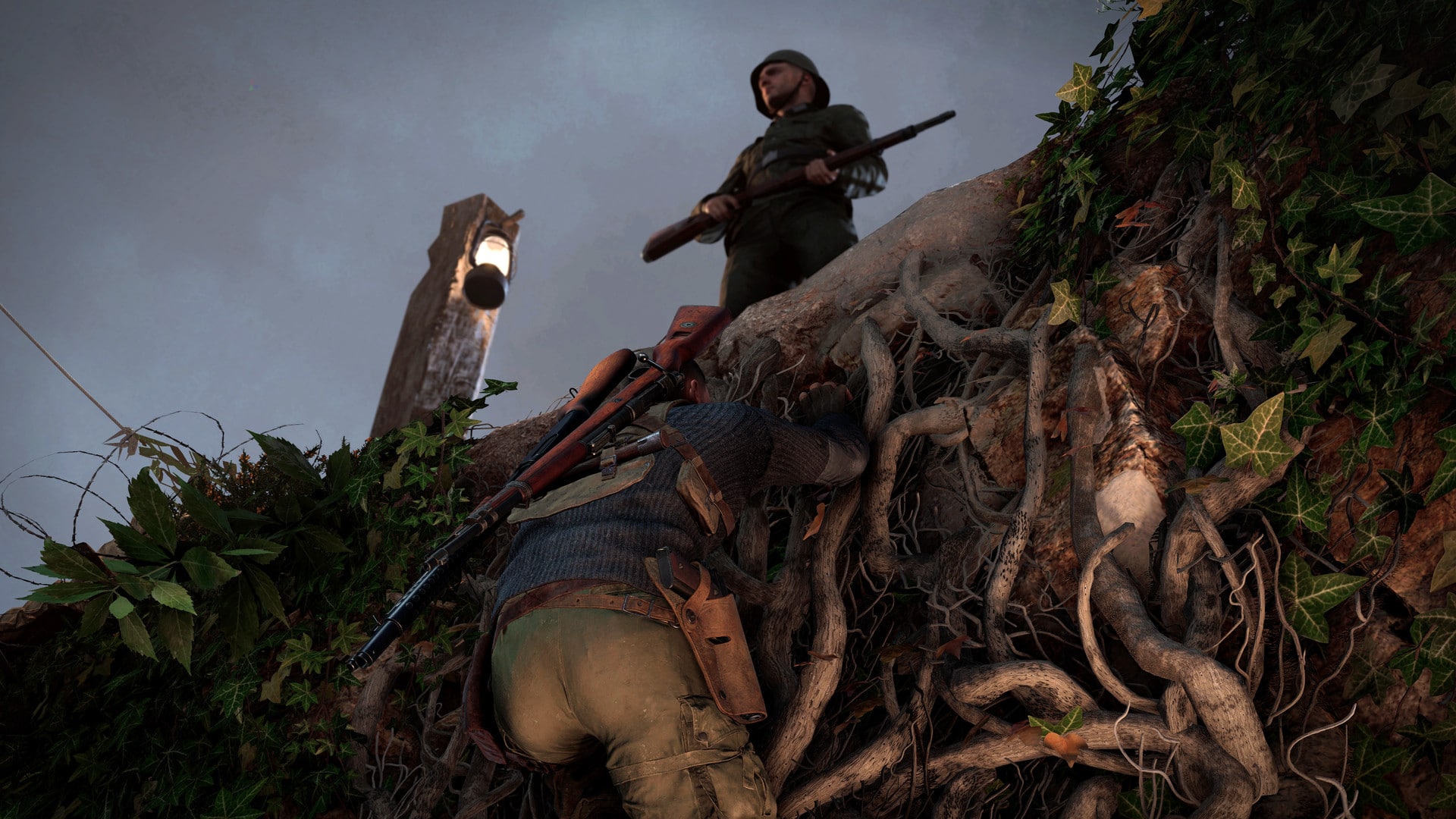 Having Karl talk to himself does serve narrative and gameplay purpose, doling out the plot and pointing the Allied player in the right direction. Having that leak into Axis Invasion may be a deliberate decision on Rebellion’s part, meant to push you towards cat-and-mouse tactics versus completing your objectives and getting the hell out of there.

But it’s such a strange, illogical way of accomplishing it. I’m sure there are people who’ve never once been the invader and so are utterly unaware Karl lacks an external monologue. Instead, they’re perpetually scratching their heads, grumbling that the Axis player must be cheating to find them so easily.

And if I’m honest, it sometimes does feel like cheating. Part of me wants to sneak into the room and just slap a piece of tape across Karl’s mouth or hand him a pamphlet about “internal versus external” voice. It certainly does raise some questions about his conduct in civilian life. Does he get booted out of people’s houses for loudly dictating his toilet activities? Probably.

And am I still going to use Karl’s lack of an inner voice to decorate a French chateau with his meticulously modeled brain matter? Absolutely — I am the bad guy, after all.