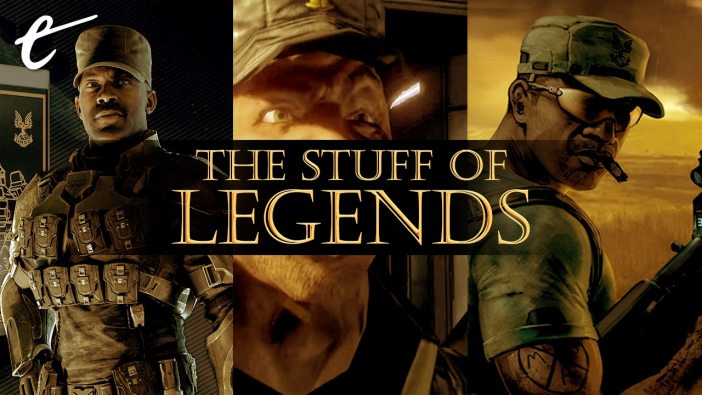 Get tactical, marines! With Halo Infinite fast on the horizon, our CO Nick Calandra wants you all briefed on the battles and badasses of the Halo franchise. And it must be said — there are few badasses as historically famous as Sergeant Avery Johnson from Halo. “Oorah!” indeed.

Once just a background NPC in Halo: Combat Evolved, Johnson has since evolved into a greater presence in the first Human-Covenant War than even John-117, the Master Chief. That raises a mighty big question fans and a certain armory crew member have been asking since Halo 2: How did Johnson survive the destruction of the Alpha Halo ring? What led Avery Johnson to be one of the handful of humans to endure the outbreak of the Flood? Today you’re getting the answers.

Avery Johnson had quite a life. The man was there on planet Harvest when conflict first began as one of the first combatants, all the way to seeing it to its close in Halo 3. To say Johnson gets around is an understatement, with his playing a part in over a dozen major combat zones. He’s a key player in John’s promotion to the rank of Master Chief. Johnson is the walking embodiment of the first phase of Halo’s expanded universe. He might not be the guy you played as in the games, but he’s why Chief ever makes it to the finish line, in more ways than might seem obvious. 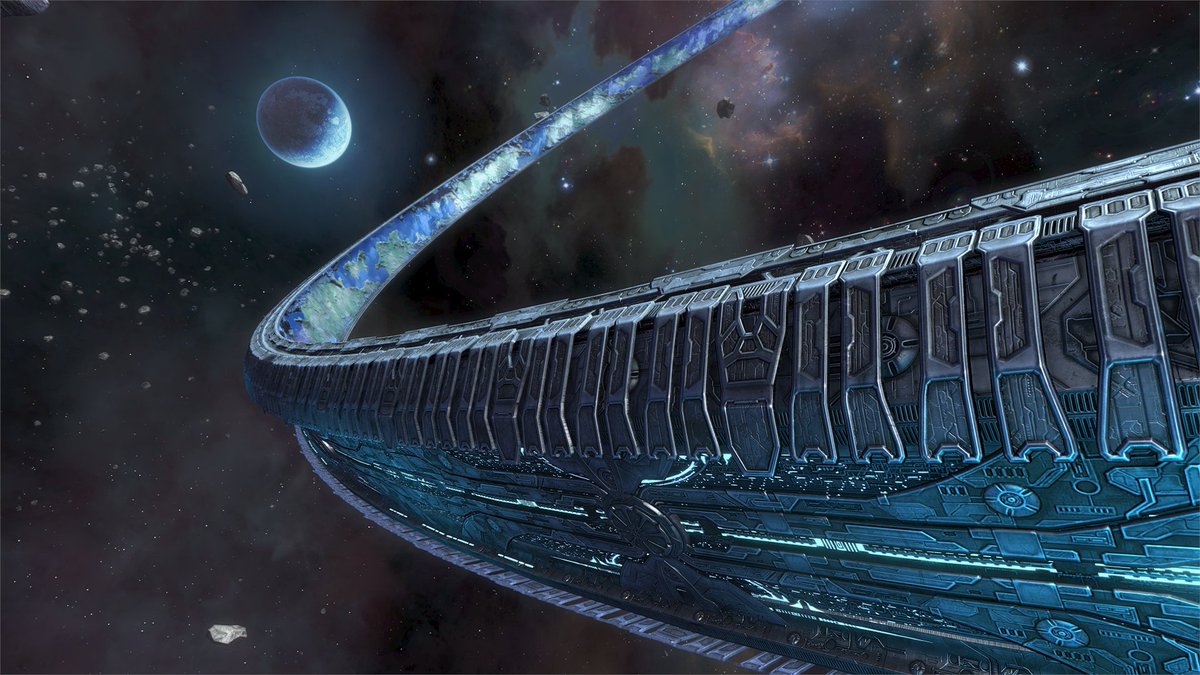 More than just an experienced soldier, Sergeant Avery Johnson is one of the first SPARTAN-Is in Halo mythology. At the time classified as Project Orion, Johnson was a test subject for an enhancement program to fight a far more familiar foe than the Covenant or Flood — human insurgents, seeking independence from the UNSC (United Nations Space Command) government. Before fate would send him hurtling against the Covenant, Johnson was a black ops soldier taking on everything from assassination missions to locating bomb threats as humanity tore itself apart.

Much like the SPARTAN program that would follow, Project Orion was meant to create the ultimate soldier to uphold the UNSC’s firm grasp on the colonies, no matter the cost. The wise-cracking badass we know from the games was almost ground down into nothing but a walking, talking gun, were it not for being reminded of his humanity during his time on the farming world of Harvest. Indeed, Joseph Staten’s Halo: Contact Harvest contains a brilliant origin story for the war, Johnson, and even Private Jenkins from Halo: Combat Evolved.

What gets weirder is how things diverge from there in William C. Dietz’s Halo: The Flood and Eric Nylund’s Halo: First Strike. Like Mass Effect: Deception, Dietz’s story takes a few liberties with what was previously established, but in this case it’s overall to the betterment of Halo’s narrative. Not only does the novel adapt the events of the game, but it explains away several glaring questions, like where the UNSC holed up over the course of the battle for Installation 04, aka Alpha Halo. With Johnson having canonically been running around with Chief for the majority of the campaign, what brief insight offered is backed up by The Halo: Graphic Novel short story, “Breaking Quarantine”: Johnson, despite his best efforts, watches the viral Flood parasites infect his CO and fireteam. He barely escapes being overwhelmed by the Flood’s infection forms before reaching a lift out of the containment facility. 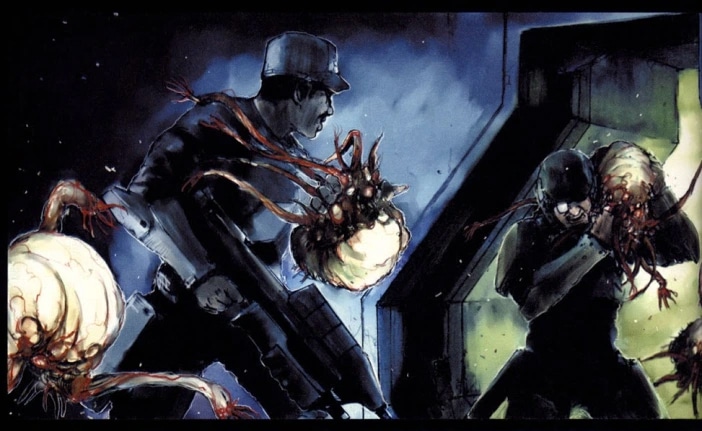 From there Johnson escapes aboard a Pelican gunship with a handful of other survivors just prior to the ring’s destruction. The majority of the UNSC forces still active were killed aboard the captured Covenant vessel the Truth and Reconciliation to contain the Flood outbreak from reaching Earth. Leaving only Johnson’s group to link up with Master Chief’s longsword starfighter and provide support on their way back to Earth, the entire matter was swiftly classified thereafter.

At first, Master Chief suspected Avery of being infected with the Flood, and this is where the canon gets complicated. “Breaking Quarantine” didn’t exist at this point; we simply knew that Johnson had escaped the Flood, so First Strike asserts that Johnson is apparently immune to the Flood, with inert viral strains in his blood. This was first asserted as an unlikely benefit of “Boren’s Syndrome,” a condition he’d acquired from radiation exposure from plasma grenades during a past mission, scrambling his body in just the right way to block the Flood.

To say that Bungie wasn’t keen on this explanation is putting it lightly, hence the inclusion of Project Orion into Johnson’s backstory, with Boren’s Syndrome passed off as a made-up disease to keep Project Orion classified. “Breaking Quarantine” was subsequently written to retcon it so that it was his SPARTAN-I enhancements that ensured Johnson’s survival, not a rare medical condition granting immunity. This is even respected in, of all things, Halo 3’s code — if you ensure Sergeant Johnson’s survival past a certain boss fight, it’s possible for him to be infected by the Flood, even featuring a voice over clip to accompany it. 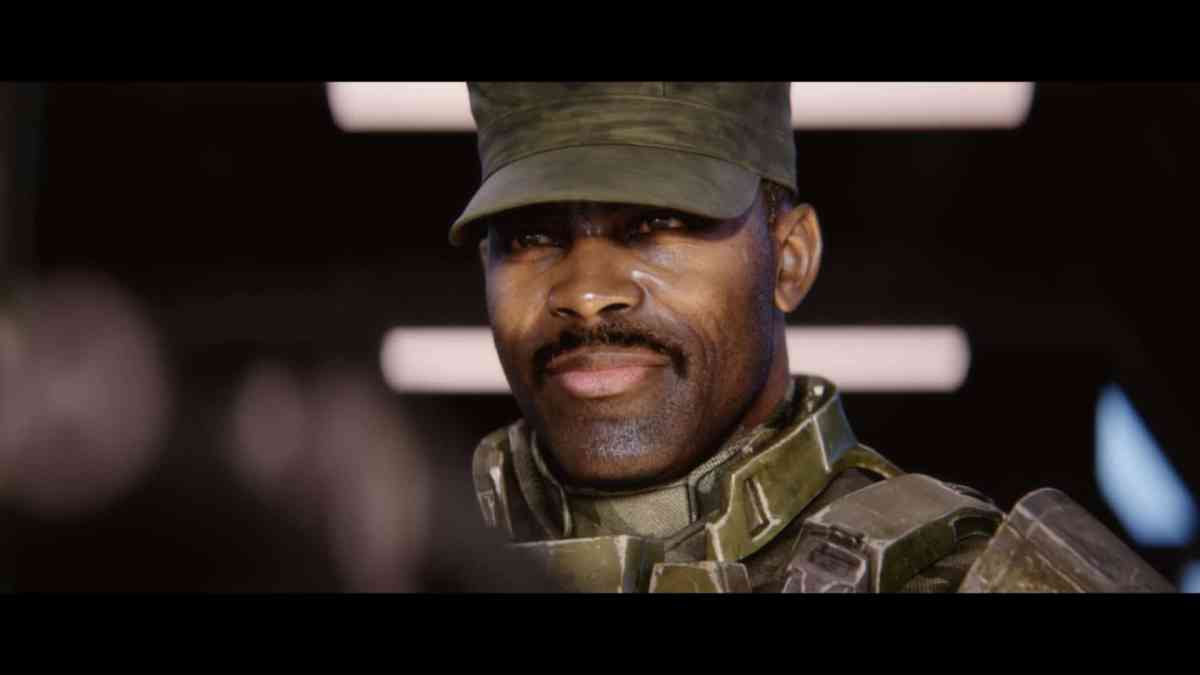 Despite this awkward contradiction, Nylund’s First Strike is another solid read that explains not only how Johnson and Master Chief reunite before Halo 2, but effectively sets the stage for the rest of the trilogy. The Brutes and Prophets of the Covenant are introduced, as well as a welcome explanation as to the fate of the rest of the SPARTAN-IIs. Though Johnson serves a supporting role in First Strike, he’s effectively the human equivalent to Cortana, serving as Chief’s primary on-foot support, even being entrusted with Cortana’s safety during a pivotal strike to cripple the Covenant’s advance on Earth. Together with the SPARTAN-IIs, the toughest SPARTAN-Is deliver a crippling blow to the Covenant forces, buying Earth time to prepare for the coming storm.

In contrast to the Boren retcon, First Strike’s conclusion ties directly into Halo 2. Even Cortana’s shift in color from purple to blue is given an in-universe explanation, all of it feeding directly into the opening awards ceremony Chief and Johnson attend aboard Cairo Station. It effectively symbolizes Halo’s unique approach to continuity between its greater expanded universe and its core games. You never need to learn the stories, but the entire Halo experience is far richer for it, especially the many tales of Avery Johnson’s heroism. If you’d like to follow the journey for yourself, Contact Harvest has a brilliant audiobook adaptation; it even has Jen Taylor, the voice of Cortana, as co-narrator. With Staten leading the charge as head creative at 343 Industries, the future of Halo’s universe is looking bright.

That concludes today’s briefing, but don’t you worry, soldiers — we’ve got plenty more Halo lore to come. Now, go out there and dive into those Test Flights for Infinite!