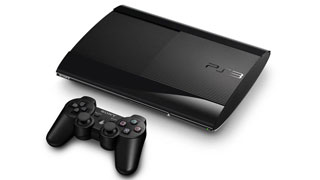 After 11 years and over 80 million units, Sony has ceased production of the PlayStation 3.

The PlayStation 4 launched on November 15, 2013. If you thought that would spell the end of PS3, you’d be wrong. The 500 GB model of the previous generation Sony console has remained in production for three-and-a-half years since the PS4 launched, but its run has come to an end. Sony announced yesterday that it had ended production on the long-running console.

The news comes courtesy of Gematsu, who reported that Sony had listed the final PS3 model in production, the 500 GB CECH-4300C, as “shipment complete.”

The PlayStation 3 launched on November 11, 2006, and has sold over 80 million units since then. It ended up finishing its life roughly even in sales with the Xbox 360. The PS4 is on pace to surpass the PS3’s numbers, as Sony reported at the end of last month that it has already shipped 78 million.

Platinum Games Says it is “Constantly Talking” About Bayonetta 3