It seems like pretty much every Extra Punctuation column lately has been doomsaying for the next console generation, that’s why I wanted to get Zero Punctuation in on the action last week. I’ll try to drift a bit from all that, but I had a conversation with someone last week about next-gen consoles and he used words that gave me pause for thought. He said “I guess I have to get the PS4, then.”

So I just want to briefly state: you don’t have to get anything, guys. Part of the reason next-gen consoles are such a fucking mess is because of this ingrained attitude that we have to pick a side. That’s why they think they can get away with reducing functionality and DRM hoop-jumping: because we have convinced ourselves that we don’t have a choice except to go with the least bad one. Well. You do have a choice. You can choose not to play, because it’s the only way to win. Do you think, if console gaming was invented today, it would start out as completely bloody illogical as it has become? It’s the sad nature of man that we tolerate bullshit as long as it’s bullshit that has been going on forever. But at some point, if things are ever going to evolve, we have to make a break. We have to snap off that arm that’s pinned by the boulder before the boulder starts charging us to install pre-owned limbs.

Anyway, that’s not what I wanted to talk about. I wanted to talk about the PS4, and specifically the advertised function that you can record gameplay footage and share it with your chums. Now, I’ve made my position very clear that the share button is of no use to me because I have no friends, or at least I won’t if they keep trying to get me to watch their spoiler-tastic gameplay videos.

But disregarding the share aspect, there are several important questions that need to be answered about this uploading footage thing, as I said in the video. Do we have to login to our Youtube profiles from the PS4 on top of everything else? Or does every video go to some kind of dedicated Sony channel? In scenarios involving advertising revenue, who owns the videos? Us? Sony? The game publisher? The game developer? And finally, and most importantly, to what degree are we allowed to edit the footage? Is it just everything between “start” and “stop” getting shovelled out into the ether on a wing and a prayer, or can we cut boring bits, add commentary, subtitles, etc?

My gut feeling is that no, we won’t be allowed to edit it much, if at all, because I have enough faith in Sony to assume that they know people like I know people. And I know that every way in which this feature can be abused will be explored to the full. I don’t think Sony is going to sit back and let people use their tech to edit together videos that are extremely critical of the games or the company. I don’t think they’d want to risk a repeat of that incident when General Motors invited the internet-going public to edit together their own ads for the Chevy Tahoe, and the scheme backfired into their breakfast cereal like a flatulent horse.

Even if all you can do is upload an uncut expanse of in-game time, there’s still plenty of room for griefing. You could draw a picture of a cock on a wall with bullet holes, or name your character “SONY_BUGGERS_LAMBS.” And let’s not forget that all the earnest cheerleading videos in the world aren’t going to attract the same kind of viral audiences as a video mocking a game or showing off a hilarious bug. Thinking about it, finding a hilarious bug would probably be the only circumstances under which I would upload a video, because human beings by nature only ever really pay attention to things that are going wrong in spectacular ways. 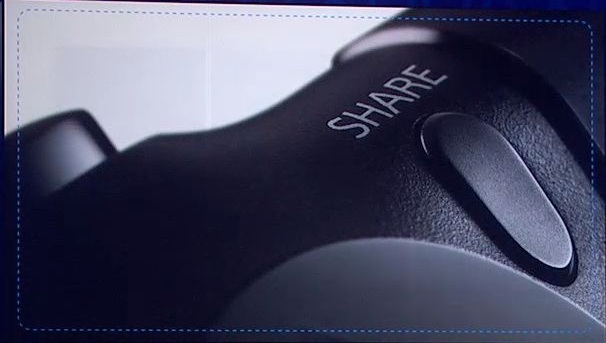 In short, I wonder if Sony fully understands what they’re letting themselves in for. Maybe they do. They’re a big company full of smart people, maybe they’ve accepted that a railing is inevitable, have weighed up the risks and are going for it in the hope of testing the old theory that there’s no such thing as bad publicity. I mean, a video of a hilarious bug rarely creates genuinely bad feeling for a game, it’s often rather charming. Like a puppy running into a room too fast and sliding into a wall. But in a way, Sony being all good sports about is even worse. Because that turns into a company exerting control over the culture of criticism surrounding it.

I’ve written in this space before about my love of Let’s Play videos, or long plays of games with commentary by the player. They’ve been in the news fairly recently after Nintendo announced they were going to steal all the pocket money from the kids doing LPs of their games on Youtube. And this has raised a lot of complicated questions. Obviously you can’t get away with selling someone’s movie with your commentary on it because watching a film is the entire experience of it, but you have not fully had the experience of a game until you’ve actually played it yourself. A playthrough is unique to the player. Perhaps not so much with your incredibly linear triple-A games these days, but even in Final Fantasy 13 you could still run around in circles for an hour between cutscenes.

Yes, LP videos display a lot of art and sound assets that somebody else created, and maybe Nintendo are within their rights to claim copyright – regardless of whether doing so is ultimately a smart move, when LPs and machinima are basically free advertising and this will only encourage people not to make them – but part of me thinks this feels like claiming copyright ownership on a film because it was filmed in your house. I’ll leave this argument for the courts.

What I find dodgy about Nintendo claiming ownership is that I believe LPs to be works of criticism. And as I said the last time I talked about LPs in this column, what makes an LP interesting is that the person showing off the game has no vested interest in making it look good. But I’ve seen a few cases of game publishers trying to get in on the action by having “official” LPs done, and that smells like missing the point, as does any notion that the PS4’s video uploading feature will be anything but an exercise in crowdsourced marketing. When the creator makes their own criticism, like a state-run newspaper, it’s at best pointless and at worst dangerous when abused. Like a wolf disguised as a sheep in the flock of a very lonely, sexually frustrated shepherd.