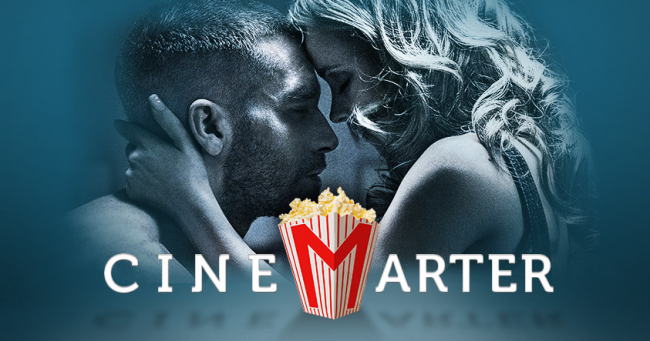 While it’s obviously not true, the perception that I get from boxing movies is that they’re all more or less the same. That feeling is exemplified in Southpaw, which felt like a movie I’d seen shot-for-shot before, even though it’s been created from an original screenplay written by Kurt Sutter. What it does is hit all the notes you’d expect it to, doesn’t attempt to depart from the tried-and-true path, and is moderately successful at entertaining the audience. If you’re not sick of boxing movies, then you might have fun with Southpaw; just don’t expect a reinvention of the wheel.

The film’s hero is Billy Hope (Jake Gyllenhaal), perhaps the best name for a protagonist ever, who begins the film as an overconfident and undefeated boxer. He’s married to Maureen (Rachel McAdams), they have a child (Oona Laurence), and is at the top of his game, even though his family worries about him taking too much abuse in the ring. Tragedy strikes, he essentially loses his family, and his boxing game suffers, leading to him having to deal with all of his problems both inside and out of the ring to recapture the glory he once possessed in one final fight. That final fight, of course, will also be against the man who perhaps caused the tragedy in the first place, because otherwise the film wouldn’t feel convenient enough. 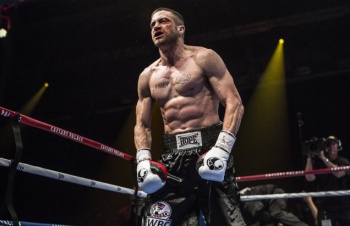 So, we get to see Mr. Hope struggle, train, and then compete in one final fight for everything good he has left in his life. The training sequences see him train with Tick Wills (Forest Whitaker), because somebody saw Million Dollar Baby. Every bit of Southpaw, really, feels lifted from better movies. Rocky, The Fighter, and the aforementioned Million Dollar Baby are all such better movies, and Southpaw feels like a mediocre amalgamation of all three.

What Antoine Fuqua‘s film does well is give us hard-hitting boxing scenes. The fights themselves feel incredibly realistic. The punches feel real – we sometimes even get POV shots in which we take the perspective of a boxer – the amount of makeup work to make the boxers look hurt is incredible, and they’re shot in a way that makes it feel like we’re watching an intimate, but realistic, boxing telecast. And this is coming from someone who isn’t a boxing fan. If all matches were like the ones showcased in Southpaw, I might become one.

Jake Gyllenhaal got into incredible shape for Southpaw, which also helps sell the actual matches. Gyllenhaal has turned in a slew of great performances in the last few years, and while Southpaw isn’t going to stand up to the likes of, say, a Nightcrawler, it’s another strong entry. He’s a tough boxer who grew up on the streets and mumbles a lot of what he says, presumably because of the damage his face has sustained in his matches. He’s good in the role, and he definitely looks the part, even though he’s not quite the sympathetic character the movie needs. It’s not a deep enough character to force us to root for him through his struggles; it’s much easier (and more practical) to take your emotions out of it and just enjoy the boxing matches for the spectacles that they are.

That’s kind of the main problem with Southpaw, beyond its lack of originality. It just feels too uninvolving, which for a drama is about the worst thing you can be. We need to be personally invested in Billy Hope’s quest, and when that doesn’t happen, almost everything falls flat. It can work on a technical level, and individual elements might be strong, but if the film as a whole can’t make you feel much of anything, it’s hard to view it as a success. The good boxing movies make you forget how cliche they are; with Southpaw, it’s evident from the first few scenes.

Southpaw is a boxing movie. It’s not a particularly good one, and it’s not a particularly bad one. It just is. If you like boxing movies or are itching to see one, then you’ll have a decent enough time, if only because the boxing portions are really good. If you’re hoping for a strong or insightful drama, you’ll be out of luck. Southpaw struggles to make you feel or think, and its plot is so filled with cliches that they’re detrimental to the overall feel of the film. It’s not horrible, and it’ll pass two hours rather painlessly, but it’s not really worth your time.

Bottom Line: Southpaw is a mediocre boxing movie filled both with clich