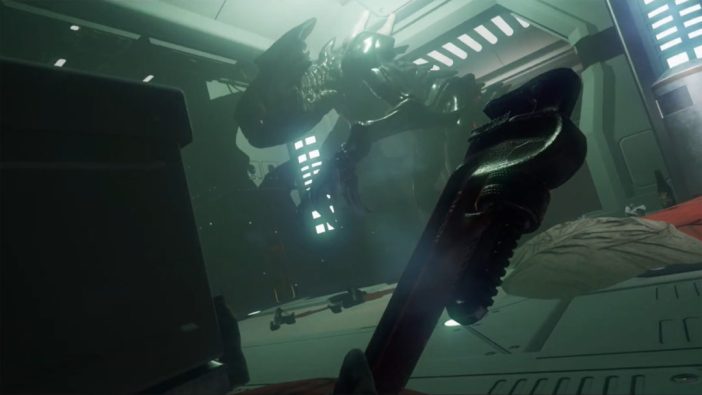 Dubbed Modding 2.0, the new tools promise to enhance and streamline the operations of Squad‘s already robust modding community. One promised new feature is the ability to download and install mods while in-game, which makes community content far more accessible.

To demonstrate the power of Squad‘s new tools, the studio is debuting Space Crew, a total conversion mod that takes the base game’s tactical shooting and transplants it into a deep-space horror environment. Space Crew will de-emphasize coordinated combat in favor of group puzzle-solving and survival, all while constantly putting players under threat of evisceration by a space beastie called the Raptor. Matches will be 20 vs. 1, with one player controlling the alien. Think of it as “Tom Clancy‘s Alien: Isolation.”

As a show of faith in the game’s modding tools and community, Offworld is also elevating a prominent mod to official status. Canadian Armed Forces, a once-unofficial content pack that implements Canadian Army character models, weapons, and maps, will become the first piece of official Squad DLC. The two new maps will be set in Quebec and Nanisivik, Nunavut, a mining town that Census Canada once mistakenly reported to have a population of 10, before correcting themselves and revealing that the real population was 0.

To celebrate the release of Modding 2.0 and its attendant new content, Squad will be free to play until July 28.