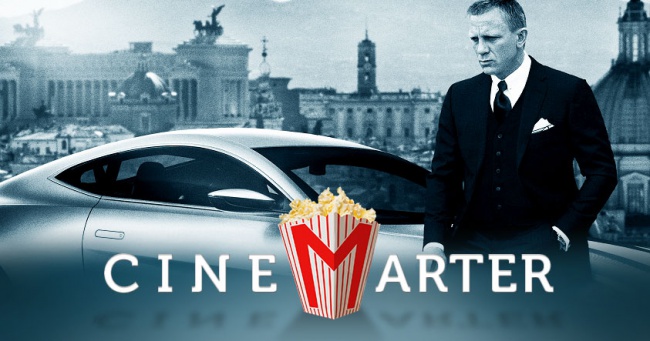 James Bond has never been better than he is in Spectre – at least, for the first 15 minutes. This Bond opening is likely the best in the entire franchise, mixing a gigantic chase through hundreds of people dressed as skeletons, a fist fight on a helicopter that doesn’t understand how to stay upright, and one big laugh into a fantastic sequence. However, after the opening and the requisite title sequence – with a song performed by Sam Smith – we have another 130 minutes to sit through, and they’re far, far more mixed.

The majority of the problem comes from the screenplay. It is more interested in giving 007 (Daniel Craig) a sightseeing tour of the world than anything of interest, but only until it reveals what’s in its mystery box, revealing that it wants to haphazardly and half-heartedly connect itself to the last three Bond films, making them retroactively worse in the process. Spectre promises a lot and delivers very little.

The aforementioned mystery box revolves around S.P.E.C.T.R.E. and its leader, a man named Franz Oberhauser (Christoph Waltz). After killing an assassin and seducing his widow (Monica Bellucci) in the span of a few minutes – does Spectre have the shortest screen time for a Bond Girl in history? – he learns that S.P.E.C.T.R.E. is a shadowy organization with nefarious schemes. How nefarious? You’ll have to watch to find out, but upon learning exactly what it and Oberhauser have planned, you’ll likely have two reactions: (1) A quick slap of your palm to your forehead and (2) “Didn’t Captain America: The Winter Soldier do this just a year ago?” 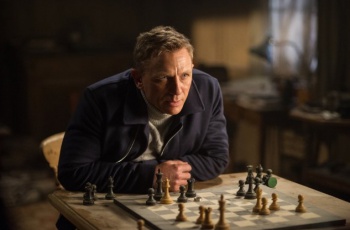 It all leads up to a villainous reveal that plays out much in the same way that it did in Star Trek Into Darkness – maybe even worse. By that point, though, it’s likely that you’ll have stopped caring. I started tuning out the plot as soon as we reached our third country in the span of a few minutes and realized that this was less of a narrative-driven film and more of a “James Bond: World Tour” that gives its actors various beautiful locations to explore in character before jetting them off to the next one. It’s inefficient when it comes to getting things done, instead deciding to linger and accomplish nothing to let us take in the scenery.

If you ignore the story and just focus on individual action scenes that are linked together by characters with vague motives, you fare better. This is some of the most technically proficient action you’ll see at the cinema. In addition to the aforementioned Mexico City sequence, we also get an extended car chase set in Rome, a deadly chase down the Austrian Alps, a fight on a moving train in the middle of the desert, and a race against time in a building set to explode. I’m sure I missed a couple, too. This is all wonderful, and if you’re just here to see James Bond do action-y stuff – much like one of the pre-Craig films – then you’re not going to be too disappointed.

With a rotten screenplay and a bored Bond, Spectre is a tough movie to truly enjoy.

Unfortunately, ignoring the screenplay is a difficult thing to do. Take Oberhauser’s henchman, Mr. Hinx (Dave Bautista) – who is never called that in the film because giving important characters a name is beyond this script. His intro scene is fantastic, establishing himself as one of the toughest foes Bond has ever faced. He survives so much punishment in this film that he draws immediate comparisons to Jaws. But his final scene is so anticlimactic that it all feels like a waste.

In a similar vein, Oberhauser himself winds up getting to do far less than one would hope and isn’t even in the film as much as you’d expect. Christoph Waltz is great, as you’d expect, but when the screenplay limits him to the extent that this one does, you begin to wonder what more he could’ve brought to the character if he was allowed to do more than deliver exposition and “twists” that aren’t surprising, are stupid, or retroactively help ruin the previous films. It’s impossible to say why without spoilers, but let’s just say that your opinion on the films and their villains may change for the worse after the information revealed in Spectre.

It’s now when we get to our lead, Daniel Craig, playing the most important of all the spies, even though he never gets the credit or respect from anyone in the movie. He looks bored. He’s publicly stated he doesn’t want to play the character anymore, and you can tell in this one. Yeah, he’s still fine, because Craig in his sleep is satisfactory, particularly after already establishing himself in the previous three films, but there are a few moments where him being awake and active might’ve helped, and those points come across as lackluster because of his lack of involvement. He’s going through the motions, and it may be time to move on.

If you needed another reason to dislike this screenplay, notice how I haven’t even mentioned the female lead, Léa Seydoux, who is in the film to deliver important plot information and to be a love interest for James Bond. She’s so inconsequential to the plot that I easily could have ignored her involvement altogether. I only bring her up now to make a note of how she is wasted and to mention how her entire romantic arc with Bond feels disrespectful to Eva Green‘s Vesper from Casino Royale.

With a rotten screenplay and a bored Bond, Spectre is a tough movie to truly enjoy. You have to ignore a lot of negative things to have a good time, even if the action is quite entertaining. But it wastes its two main villains, retroactively ruins the previous films, and feels more like a sightseeing tour than a cohesive narrative. Its opening sequence is one of the best of the franchise, and its action is solid throughout, but it’s hard to ignore how bad this screenplay is, and how many good elements are either wasted or ruined. It may feel more like a “Bond film” than any other Craig-led installment, but this may be the point where we begin to question if that’s something we want.

Recommendation: Those who have seen the previous Craig-era Bond movies will want to see this one for completionism’s sake, but if you haven’t, this should not be your starting point.