So, having reviewed a game that attempts to juggle sandbox, stealth and brawl mechanics, based upon one of the big movies of the summer, which was itself based upon one of the most beloved icons of popular culture with a continuity going back decades, the topic I’ve chosen to examine more closely in the follow-up column is the fact that your pajamas keep getting all ripped up. This is one of the reasons why the other game journalists have come to call me “Laser Sights” Croshaw.

And by golly shit cripes do your pajamas keep getting ripped up. It’s taken on a sort of mission-by-mission basis in that your suit acquires rips and slits the more you get hit but it gets repaired when you go back to your headquarters between story missions. And all the dudes you take on in fist fights must be wielding invisible rakes and cheese graters going by the state Spider-Man was in on most of his trips home. I started to take offense to it. Yes, alright, game, maybe I’m not as quick on the dodge button as you’d like, but please stop taking the piss out of me by forcing me to run home blubbing in my underpants and a few handfuls of confetti.

It irks me because it mishandles the visual storytelling that gradual changes in your character’s appearance can very effectively offer, and which other games have done extremely well. The best comparison would be Arkham Asylum/City, the games that Amazing Spider-Man was aping in that Silent Hill Homecoming aping Silent Hill 2 sort of way – trying to turn things up to 11 while failing to grasp the principles. In both Arkham games Batman starts off in a spanking new romper suit which gradually acquires rips, stains and blemishes as the game goes on, until by the end he’s going to need several hours with the sewing kit before he’ll be able to show his face down any back alleys.

The first thing it does is give a sense of vulnerability. It shows that your character isn’t going through these trials without a toll, each physical scar implying an equivalent psychological one. It shows that they’re being worn down until they’re at their breaking point, which is where they need to be towards the end for the classical heroic character arc. Spec Ops did this well: Walker acquires increasingly severe burns and scars that mark his mental downward spiral. And the absence of such a thing particularly struck me in Resident Evil 4. This is a game with a very dirty atmosphere – you’re being gorily attacked with sickles and chainsaws in waist-deep muddy water for two whole Gamecube disks and at the end you and your sidekick don’t have a hair out of place. It robbed the characters of vulnerability and made them difficult to like. They should have been so caked in filth and blood that at the presidential ceremony in their honor the Secret Service would immediately shoot them for vagrancy.

What it also does is act as a visual timekeeping system. Sometimes what gives a game a real sense of depth and weight is being able to stand at the very end of your journey and look back on everything you’ve gone through up to that point, perhaps as a little mental montage of key events. But if your character looks and acts exactly the same as they did at the start, then everything between start and finish might as well have been a pile of slightly damp cotton wool, especially if you’ve been doing repetitive sequences of cover-based shooting arenas all bloody game. 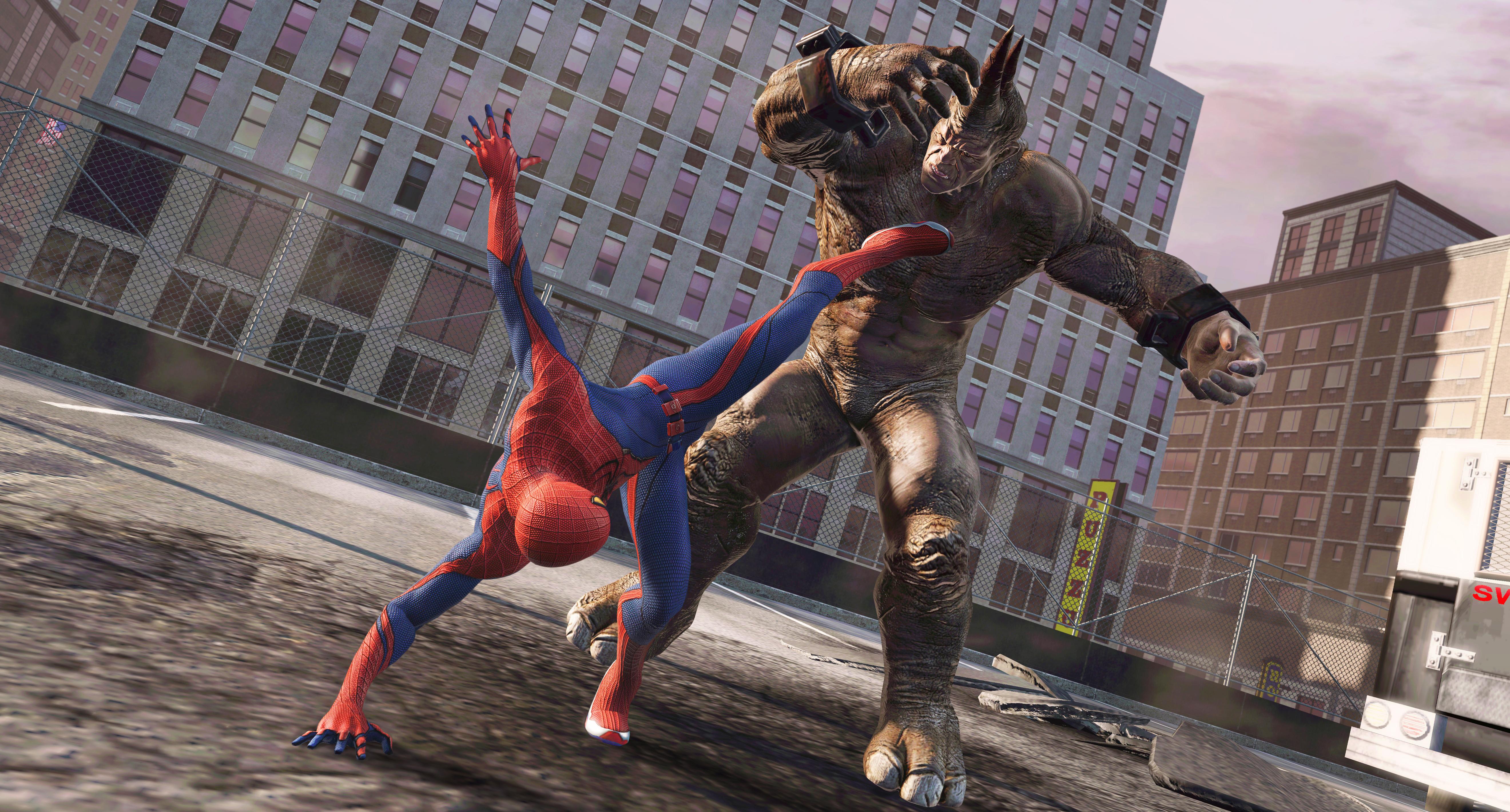 And finally, what with games being all about rewarding violence and everything, battle damage can also be used as a badge of achievement. Shrewdly, every bit of damage your costume receives in Arkham Asylum happens during a story mission, generally from the latest named boss character getting a lucky shot off before Batman does that thing he always does, i.e., kick ass. So that means each of those rips and dents you’re wearing has a story behind it, one that Bruce Wayne will one day use to bore all Robin’s friends to death around the boy scout campfire.

You know, it’d be an interesting idea if you directly tied battle damage to an experience or achievement system in a multiplayer game like World of Warcraft or Team Fortress 2. Rather than getting unlockable hats and accessories, I mean. Say, your trouser cuffs get a little bit frayed and charred because you succesfully held a capture point under enemy fire. Or you have a dueling scar on your face because you beat the dreaded Lord Choppington while you were levelling your character in the Choppington estates. That way, all the hardened veterans you wouldn’t want to mess with are all rocking the plays-by-his-own-rules look with grim, scarred expressions and sloppily-maintained uniforms to show how little of a shit they have left to give, and the newbies are all fresh-faced youngsters with neatly laundered tunics straight out of officer school.

Actually, thinking about it, that doesn’t make tremendous amounts of sense, because we’re talking about permanently scarring or damaging your player because they did something well, and not because they failed at it. Maybe it should be an opt-out thing, like you can pop home and change shirts, saving the torn-up one for when you’re planning to go on the pull. But then again, failure builds character, no reason we can’t scar you for that, too. Maybe if you did well you get a cool badass scar across the eye, but if you got killed a few times then you get progressively less badass scars, and if you die, say, 50 times before you succeed then you get a big scar on your forehead shaped like a cock.

Sorry, I’m drifting off topic again. The point is, Amazing Spider-Man’s approach to battle damage completely misses the point by cancelling all three of the above effects. It’s not recording the length of the adventure because it resets between every mission. The only achievement it marks is the fact that you’re a total spazz who didn’t dodge enough. And alright, maybe it does make the character seem vulnerable, but there’s a point where that starts to count against their appeal.

Batman’s subtle rips and scars just make him seem all the more of a badass, but when Spider-Man is down to strips of shredded fabric tucked into his spider-knickers it just makes him seem kinda incompetent. Laughable. I’m left wondering if his costume splits at the drop of a hat because he’s scarfed down one too many spider-cheeseburgers since he first had it tailored. And you know, the in-game explanation given for the between-mission costume restoration is that he sews it all back up once he gets home. Leaving aside how long that would take. If his sewing’s anything like mine, there’s eventually going to be more thread than costume. It’d be like wearing an itchy sweater your Grandma made except skin tight. AROUND YOUR BALLS.

Scott Pilgrim vs. The World Finally Gets Online Multiplayer