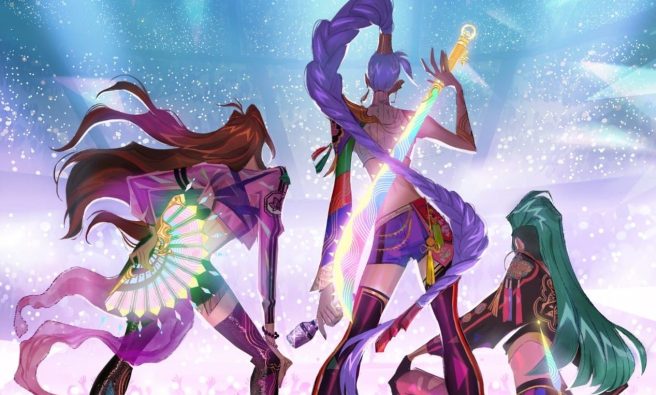 K-pop. So hot right now. Sony Pictures Animation, still going strong off the success of Spider-Man: Into the Spider-Verse, is developing a new musical film focusing on K-pop (Korean pop) musicians who also slay evil spirits when they aren’t touring. The film, called K-Pop: Demon Hunters, is in early stages now and is looking to capitalize on the current popularity of the music genre, which has come into its own in the U.S. recently.

Training for the big debut. K-Pop: Demon Hunters is currently in development at Sony Animation.

This film follows a world-renowned K-Pop girl group as they balance their lives in the spotlight with their secret identities as badass demon hunters. pic.twitter.com/sFScsOqMN5

Maggie Kang and Chris Appelhan will direct the film. Kang, who previously worked on The Lego Ninjago Movie, is developing the film “as an homage to her Korean pride and the wildly popular K-pop music she grew up with.” The movie is an action musical that follows an all-girl band as they travel the world and try to balance their careers as world-famous pop stars and demon-killing badasses. The whole thing will be super colorful and play around with fashion, food, style, and (obviously) music. There’s definitely a bit of Sailor Moon inspiration there mixed with Josie and the Pussycats with a dash of Tokyo Mirage Sessions ♯FE.

“Having been a fan of the genre since its beginnings in the ’90s, this film is my love letter to K-pop and my Korean roots,” said Kang. “It encompasses and celebrates everything K-pop is – it’s the film I would want to see as a lifelong fan and I hope the millions of K-Pop fans out there in the world will feel the same.”

Aron Warner, most famous for Shrek, will produce the film, with Hannah McMechan and Danya Jimenez, better known under the combined name Hanya, writing the script.

K-Pop: Demon Hunters, which is a title that’s just a bit too obvious, doesn’t have a release date set yet.